Sprite isn't the only soft drink that's packing too much of the sweet stuff.

The average American consumes about 77 grams of sugar per day, according to the American Heart Association (AHA), and beverages are the leading source of added sugars.

For context, the AHA recommends that women consume no more than 25 grams of added sugars (or 6 teaspoons) daily whereas men should cap their consumption at 36 grams (9 teaspoons). Soft drinks like soda often pack the most added sugars, however, there are other sweetened beverages to be mindful of.

Below, you'll see just four examples of popular drinks that pack more added sugars than what you'd find in one 12-ounce can of Sprite, which contains 38 grams. Then, be sure to read The Best & Worst Sodas in America—Ranked! One can of this drink packs a whopping 160 milligrams of caffeine, well over the amount of caffeine you'd find in 1.5 cups of coffee. For context, each 8-ounce cup of coffee packs about 95 milligrams of caffeine, per the USDA. In addition, each can pack more sugar than what's in one 2/3 cup serving of Ben & Jerry's Topped Salted Caramel Brownie ice cream at 37 grams sugar.6254a4d1642c605c54bf1cab17d50f1e

Don't miss The #1 Worst Ice Cream Pint Ever, According to a Dietitian. 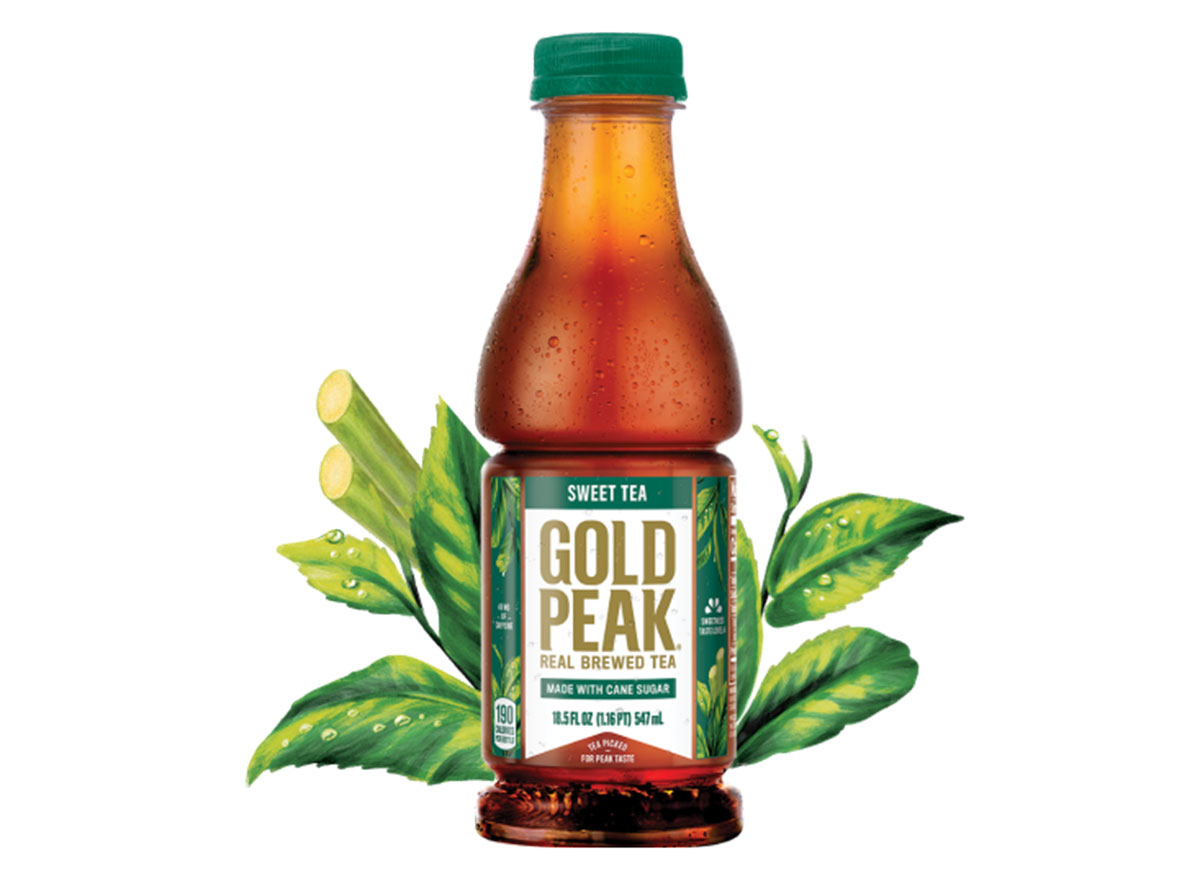 Tea is amazing for your health, but not when there are nearly 50 grams of added sugar in the bottle. If you have a craving for sweet tea, try Gold Peak Slightly Sweet Tea with has half the sugar at 24 grams and only 90 calories. 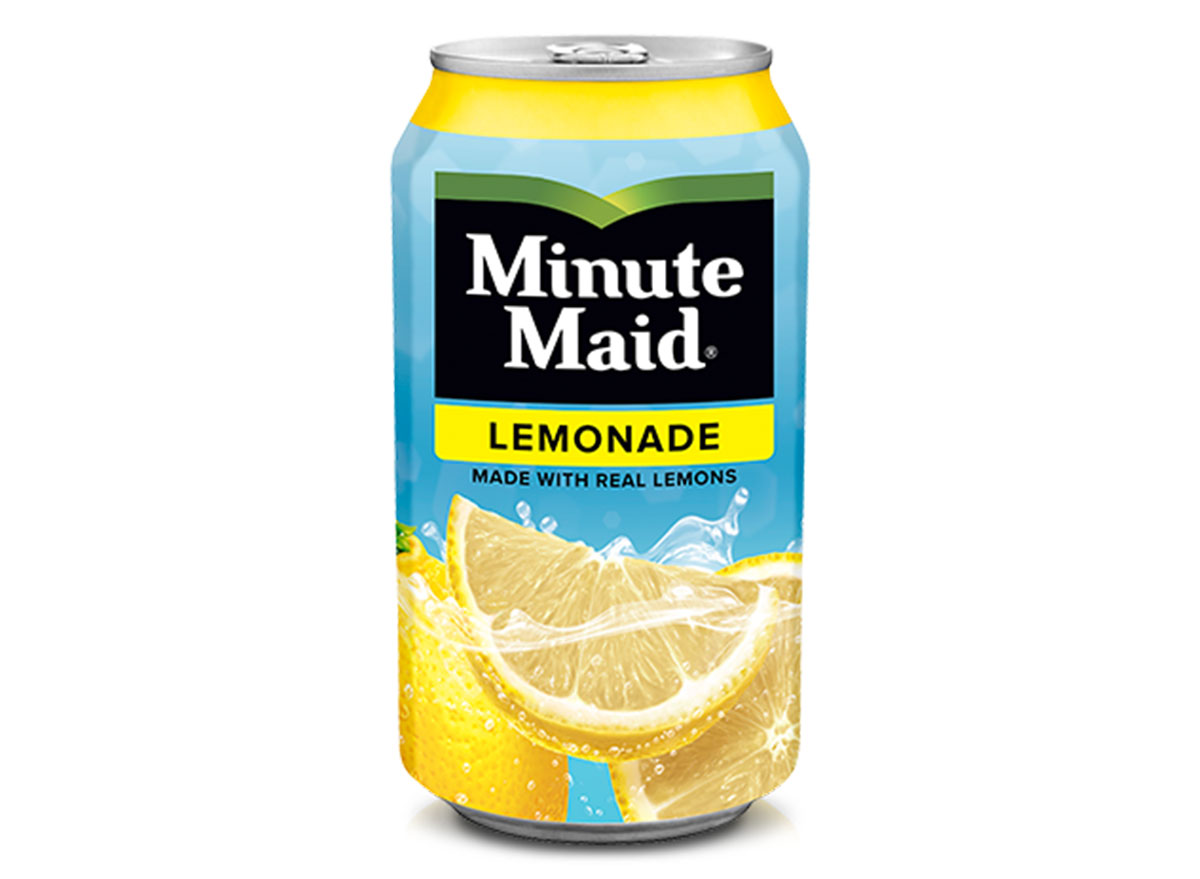 We get it, this beverage brings about some nostalgia. How many lemonade stands did you host during childhood? But is one 12-ounce can worth 40 grams of added sugars? The fact that it packs even just two more grams of added sugars than Sprite makes us question if it's actually made with real lemons. Where's all the naturally occurring sugar from the lemon if the total sugar is also 40 grams?

Check out One Major Side Effect of Drinking Lemonade, Says Science. 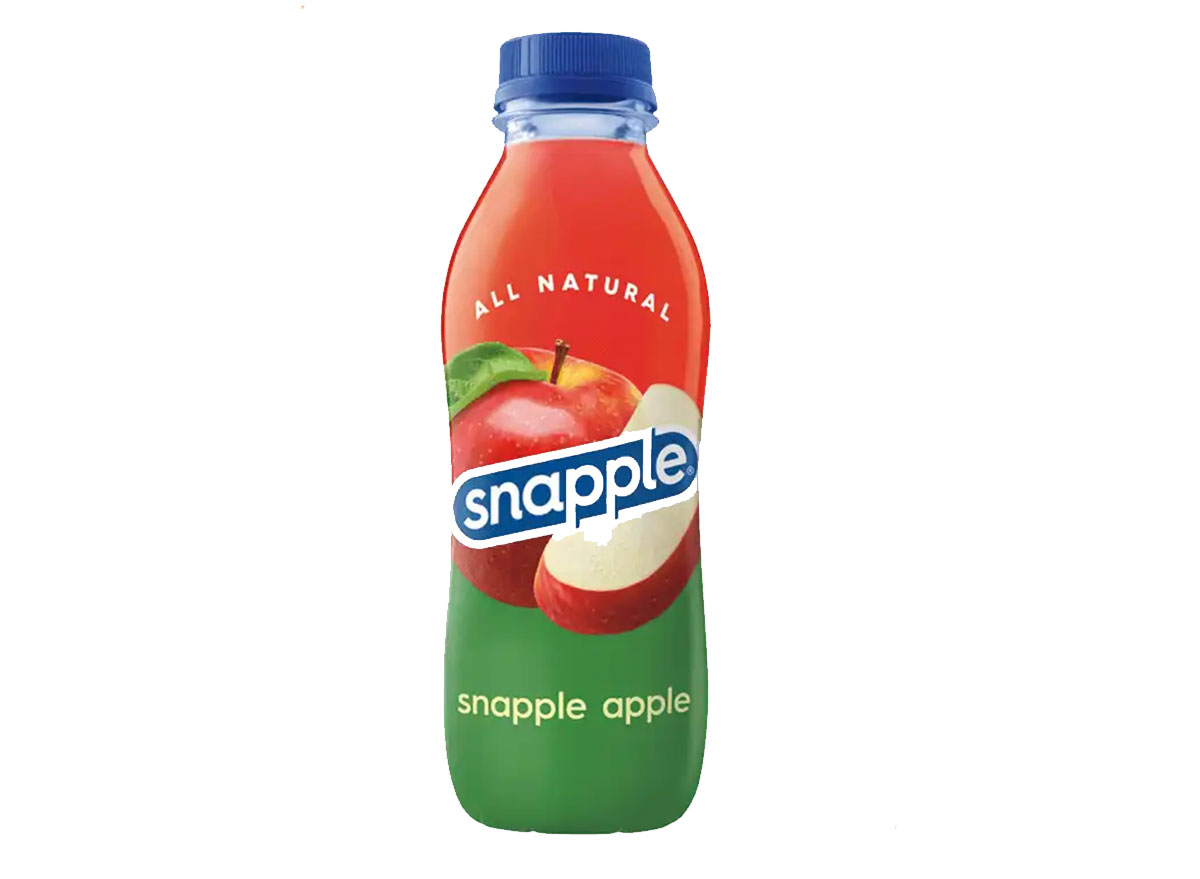 We have the same concerns for Snapple Apple that we do for Minute Maid lemonade. Of the 47 grams of total sugar, 42 of them are added—that's a lot considering this beverage is supposed to be apple juice. Not all fruit juice is bad, however, this one certainly shouldn't be your go-to. Instead, consider buying Lakewood Organic Pure Apple Juice, which contains no added sugars.

For more tips on which beverages to pass on which ones to choose, be sure to check out The Healthiest Drinks to Sip Right Now, According to Dietitians. Then, don't forget to sign up for our newsletter!