The Secret Coffee Trick For a Flat Belly, Says Expert

Would you try this hack?

There aren't many secrets left about coffee. America runs on it, it's best consumed black, and it's a natural diuretic—but you've heard all this.

Despite what has become generally common knowledge, there are still a few lingering discoveries to be made about everyone's favorite mid-morning ritual. Perhaps most pertinent, as summer is very much upon us, is how to hack your cup of java for an especially flat stomach.

First, a caveat: coffee alone will rev up your metabolism, which can result in weight loss and a thinner midsection. While your brain enjoys a kick of caffeine, your body is enjoying faster-functioning systems. Ultimately, that could translate to a lower number on the scale—that is, if you're sticking to plain black coffee.6254a4d1642c605c54bf1cab17d50f1e

As nutritionist and author of The Candida Diet Lisa Richards warned, "some coffee beverages can add calories and fat to our diet without our notice." She also adds that because sugary, flavored coffee can be hard to give up once it becomes a habit, it's better to stick to black coffee from the get-go.

But how, then, does a person trick out their plain black cup of joe to make it even more effective in the quest for a flat stomach? Richards clued us in, and the answer might surprise you: cinnamon. 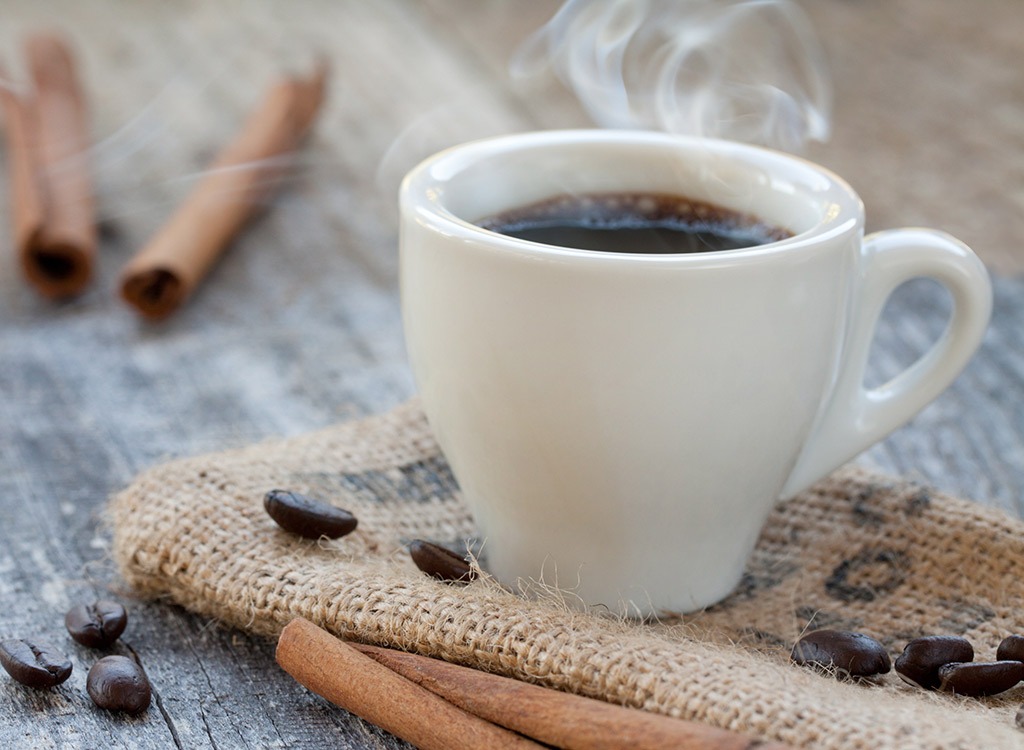 "Cinnamon boosts thermogenesis in the body," she explained, referencing the process of creating heat in the human body, "Which in turn results in more calories burned."

An easy, all-natural ingredient, cinnamon in coffee is an organic alternative to thermogenesis supplements, according to a study published by the journal Metabolism. Instead of ingesting complex and artificial pills, simply sprinkle cinnamon into your java and reap the same weight-loss gains.

Cinnamon has been called a medical powerhouse for reasons that span far beyond flat stomachs, so you could enjoy a whole host of other positive side-effects from adding a spoonful to your coffee. The spice showed a promising correlation with blood sugar control in early studies, and its antioxidant properties are also being investigated in relation to dementia, HIV, and even cancer.

Plus, as Richards points out, cinnamon simply tastes good. While it may conjure memories of autumn or holiday gatherings, she says, "adding cinnamon to your coffee doesn't have to be a seasonal tradition and the benefits may have you making it a common occurrence…by making a few changes to our coffee we can not only avoid weight gain but help to boost weight loss."

Get even more healthy tips straight to your inbox by signing up for our newsletter! After, read these next: