Learn which grocery store versions of this breakfast staple can make or break your diet.

It's no secret that the bagel has cemented itself in American culture as a go-to breakfast option. Over the years, the bagel's popularity soared to the point that nowadays, it sits in every bread shelf and freezer section at grocery stores. Multiple flavors have evolved for the U.S. market over the years, ranging from whole-wheat and multigrain varieties to bagels with fun flavors like cinnamon sugar and everything. With all of these options now available, it can be difficult to decide which store-bought bagels you should buy if you want to eat healthy. Especially since so many options are rather, well, unhealthy for you.

Bagels naturally contain a high carbohydrate content—they are bread after all. Many of these store-bought bagels also contain high added sugar content, which will burn through your system quickly and leave you hungry well before lunchtime. To help keep your diet on track, we slogged through numerous bread aisles to help decide which exactly the unhealthiest bagels are, and which aren't as bad.

Here, we ranked the options from the not-so-bad to the absolute worst. And just so you're in the know, here are the 21 Best Healthy Cooking Hacks of All Time! 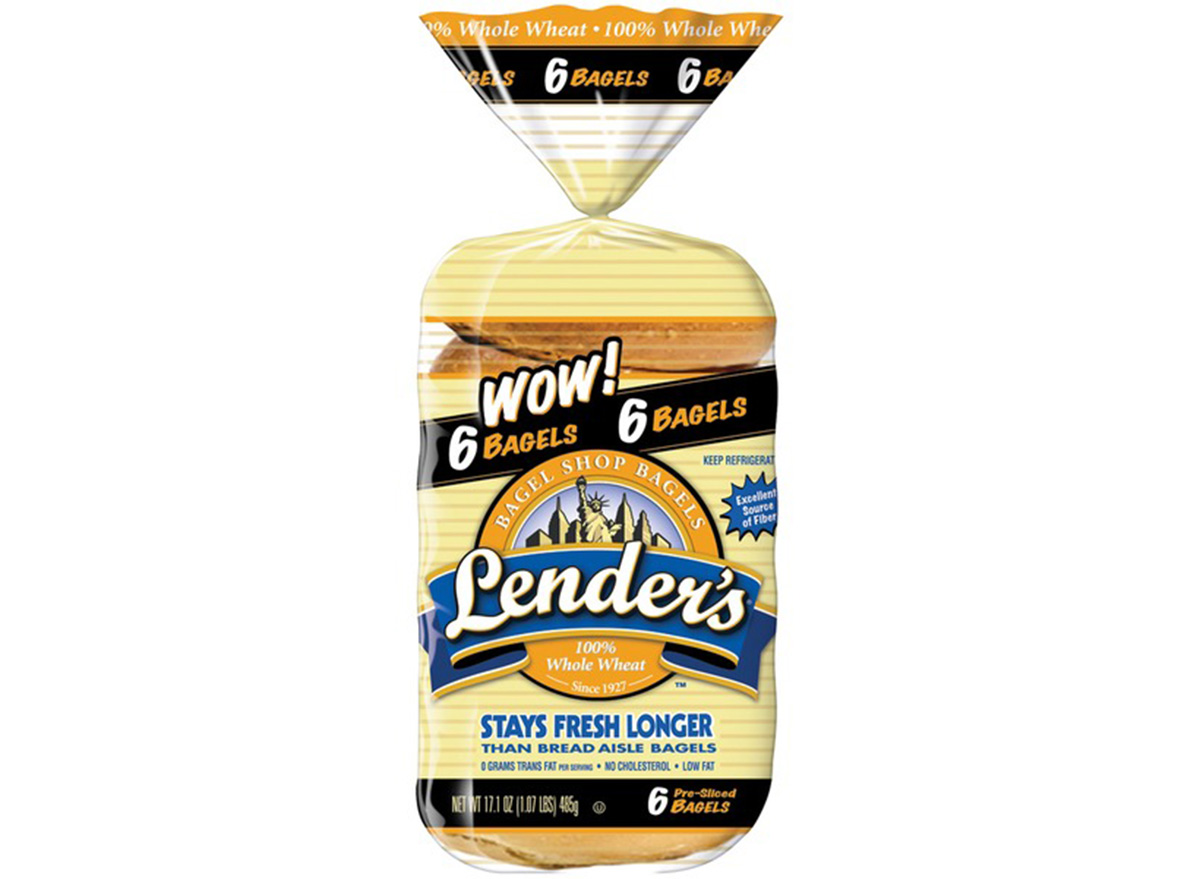 You would think that whole wheat bagel options might not a place on this list, but don't be fooled. While the whole wheat option packs in 6 grams of filling fiber, it still has similar health benefits compared to the plain bagel. Nevertheless, if you need a solid bagel, these are some good choices that contain less sugar. 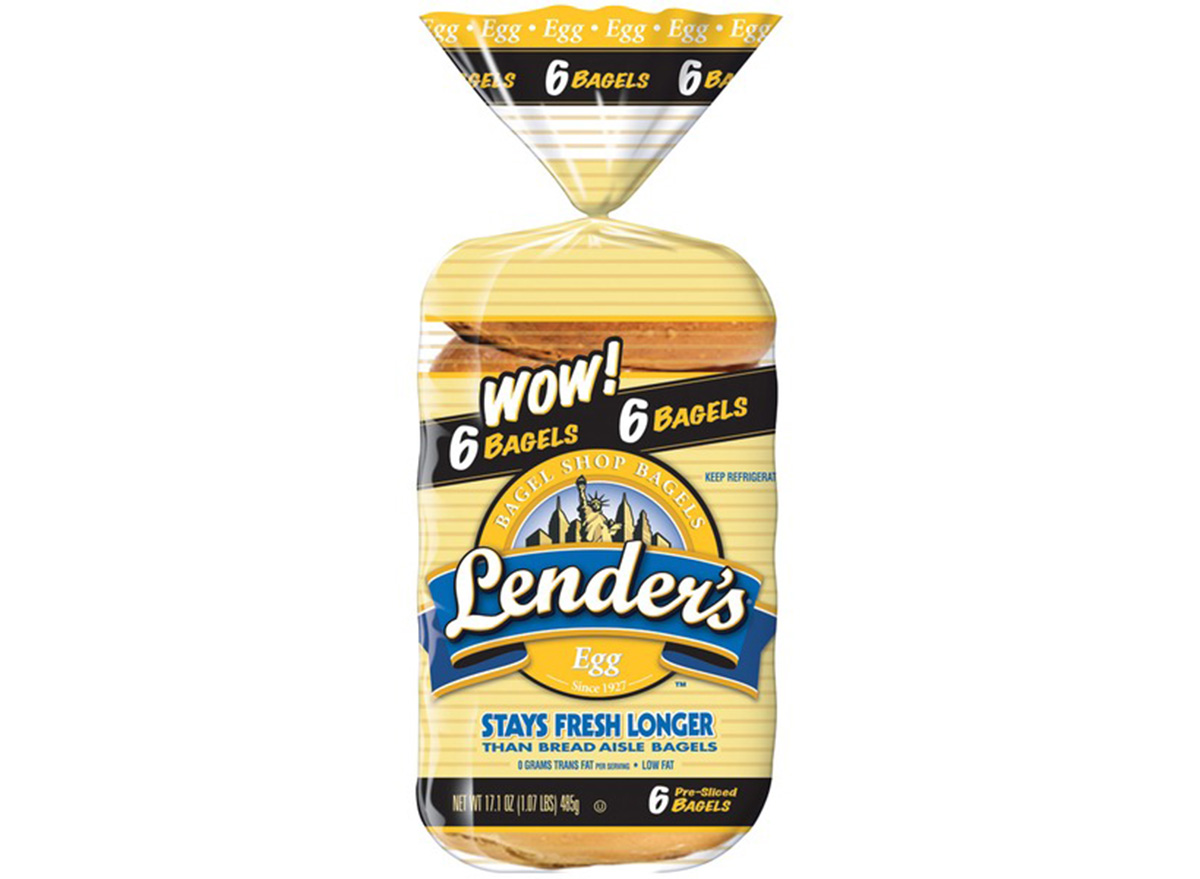 Lender's egg bagel keeps the sugar to the bare minimum in this bagel. And with only 210 calories, it is also one of the lower-calorie content bagels on this list as well. 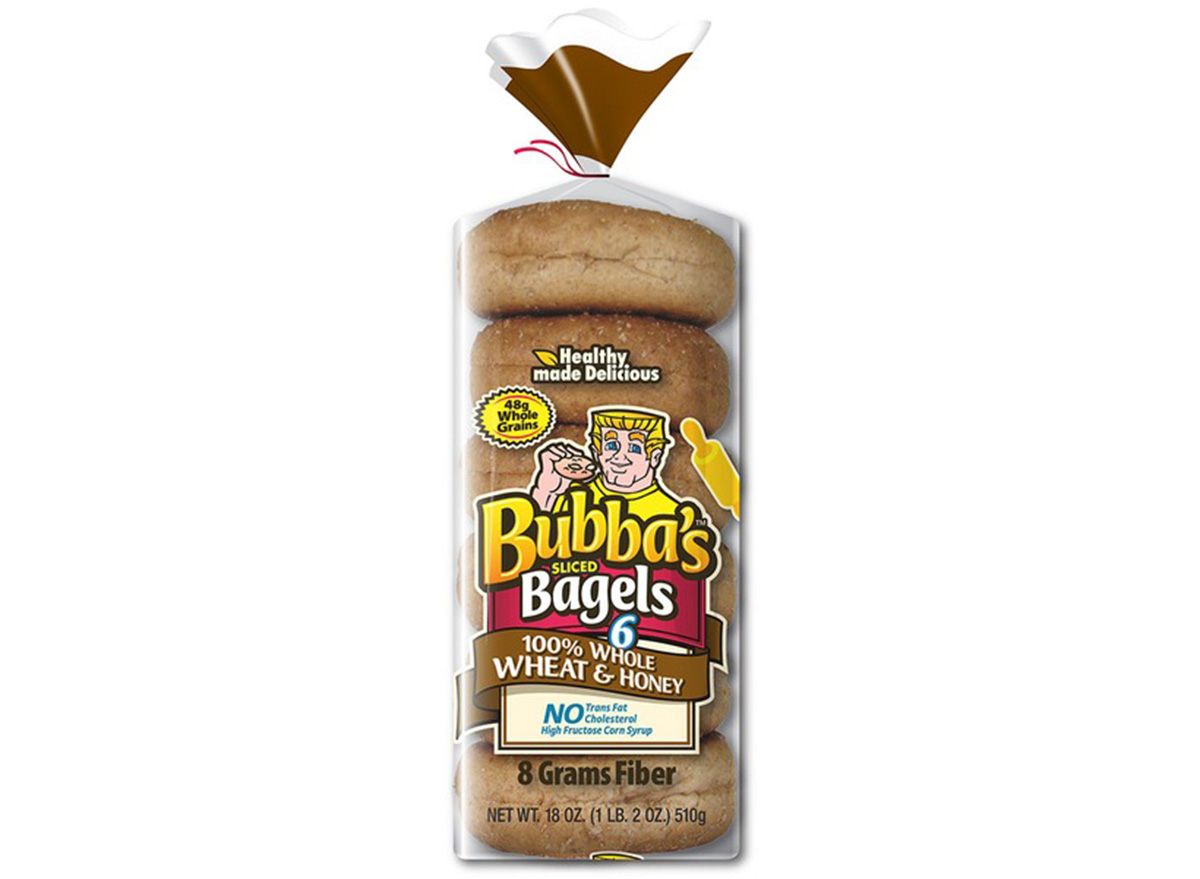 For a bagel with "honey" in the name, you would think Bubba's whole wheat and honey bagel would add extra sugar, but there isn't any high fructose corn syrup here. Luckily, it only has 4 grams of sugar. 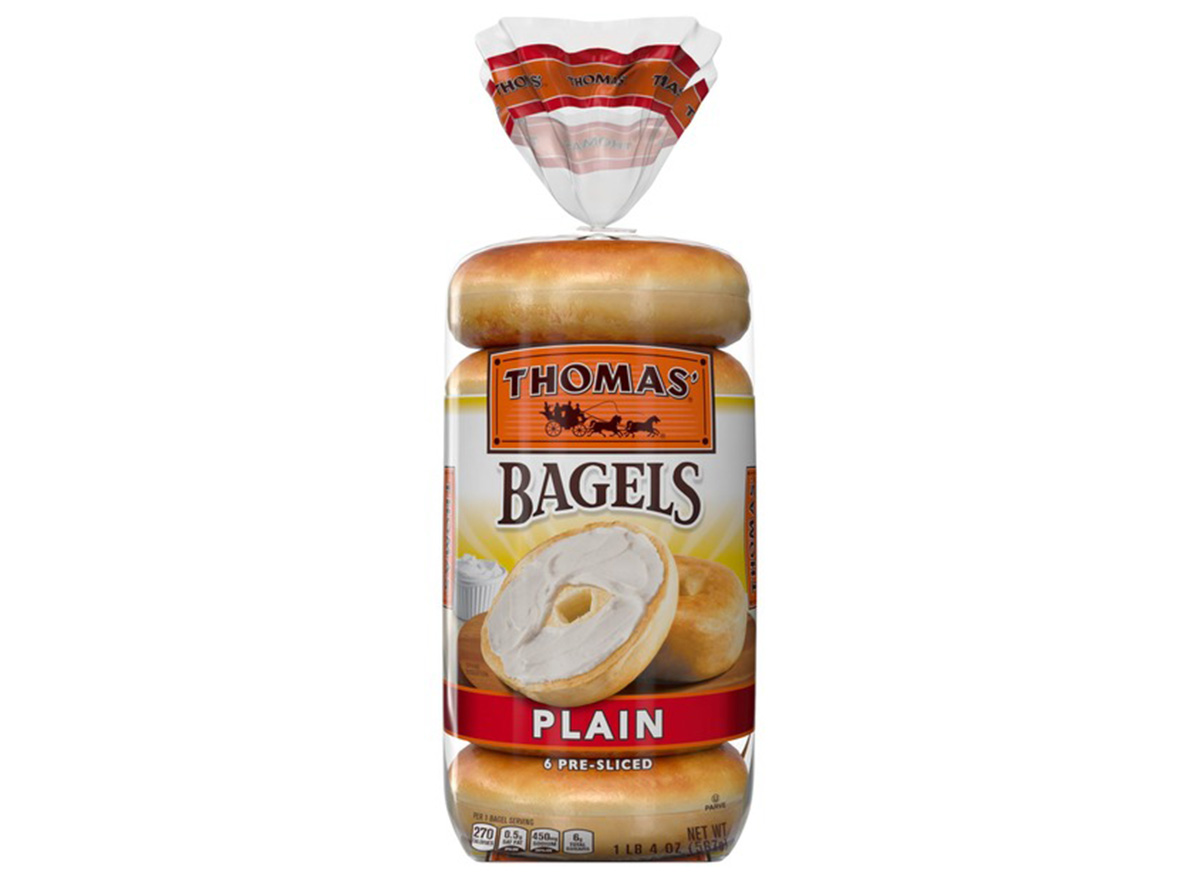 When you're really watching your sugar intake but still have that craving for a morning bagel, the plain option typically is a better choice. Although it is still high in calories and sodium, the lack of added toppings keeps the added sugar to a minimum so you can  add on other spreads like peanut butter. 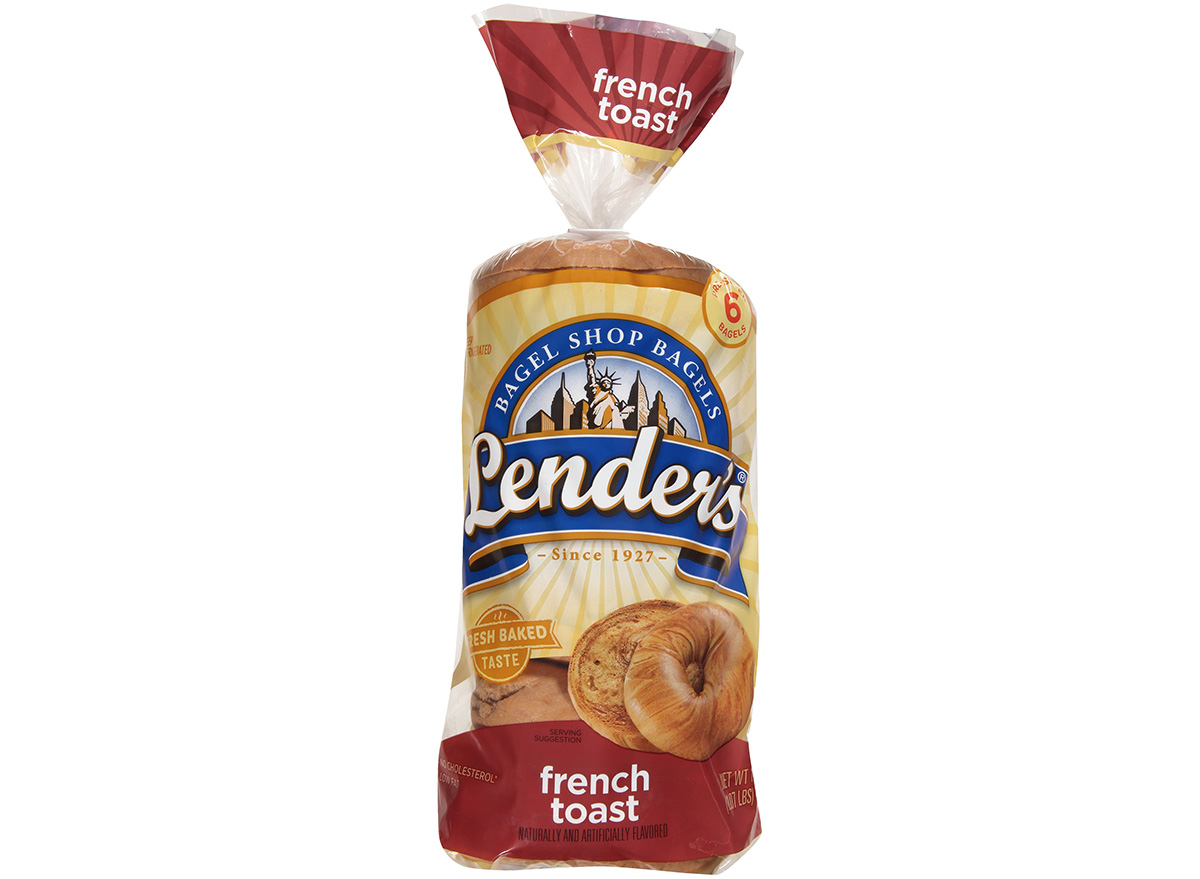 You may have guessed that a bagel with French toast in the name adds unnecessary sugar, and you would be right! Cinnamon swirls push this bagel to the limit of acceptable diet territory. When you top off this bagel with any sweet spread or butter, you are asking for trouble, as all the sugar here is added sugars. 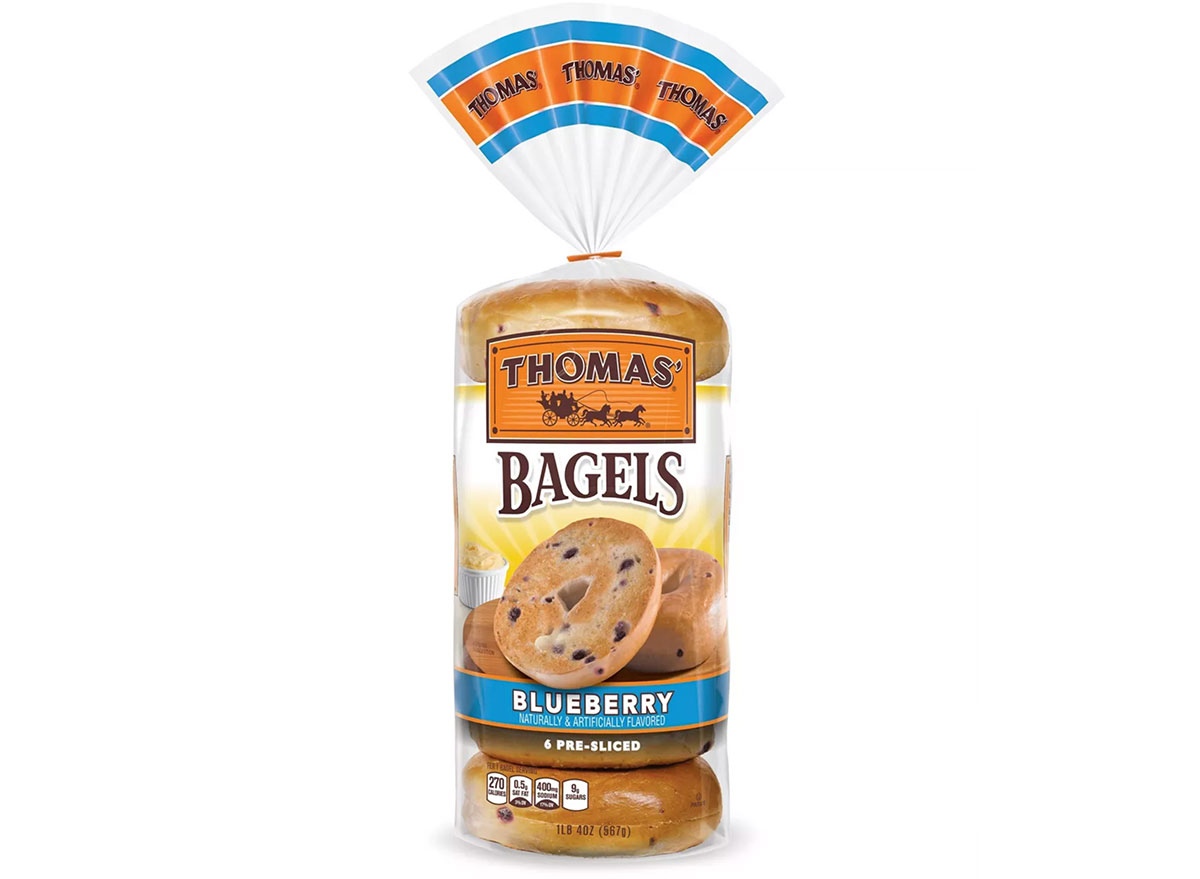 A bagel with blueberries sounds wholesome, but as a rule of thumb, fruits tend to add extra sugar into any item they appear in. Although there is no high fructose corn syrup present, Thomas' Blueberry Bagels still are high in calories and sugar. 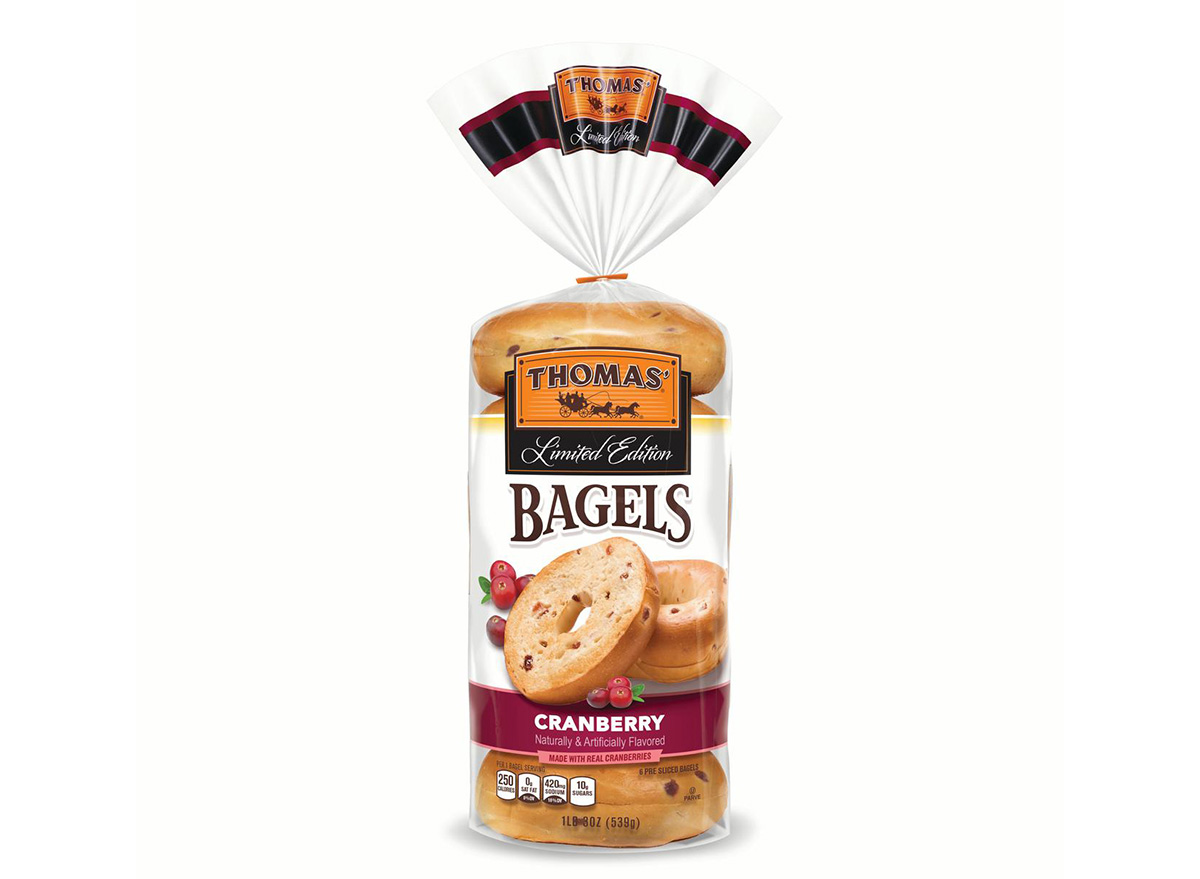 Thomas' cranberry bagels also cram extra sugar into a bagel by including fruit. The added 10 grams of sugar serve a pragmatic function, as they mask the bitterness of the cranberries, providing an illusion of health. Do yourself a favor and skip cranberry baked goods altogether to keep your diet on the safe side. 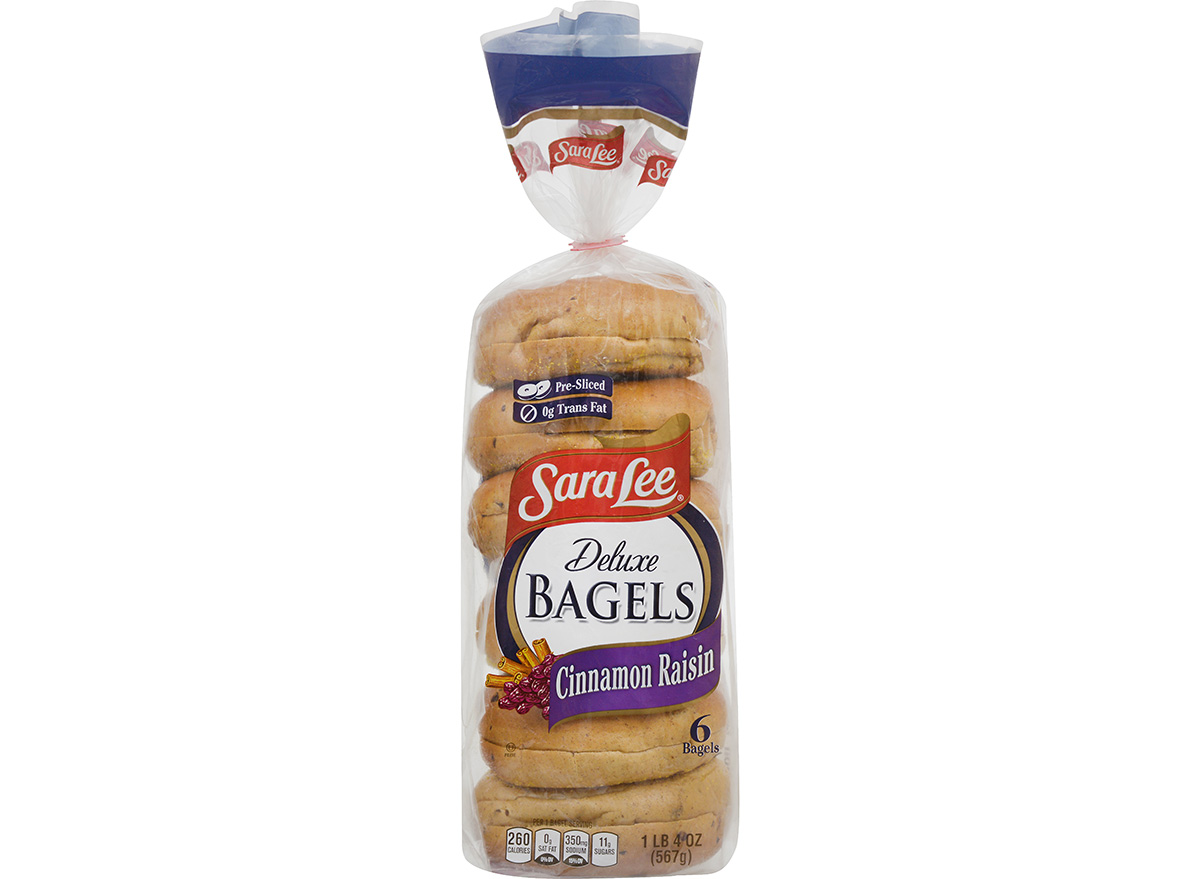 If a bagel sounds too good to be true, don't count on it to fit your daily eating plan. Cinnamon makes a return to the list and pairs with raisins, another contender to bolster the sugar content. When you combine this bagel with any spread, you can easily throw your diet off for the day. 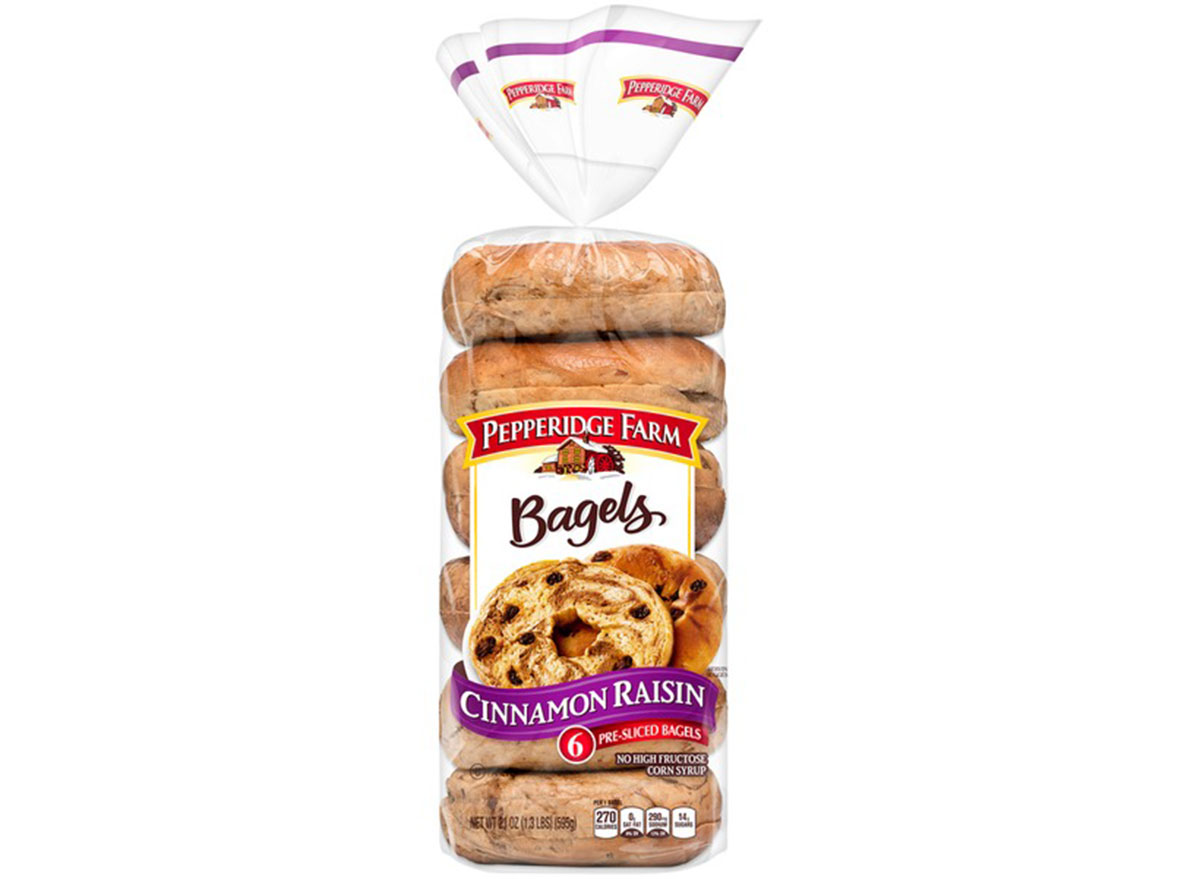 This bagel pushes the limits of how much sugar you can pack into a bagel—it might as well be a pastry! Unless you want to eat dessert for breakfast, stick to any other bagel.6254a4d1642c605c54bf1cab17d50f1e 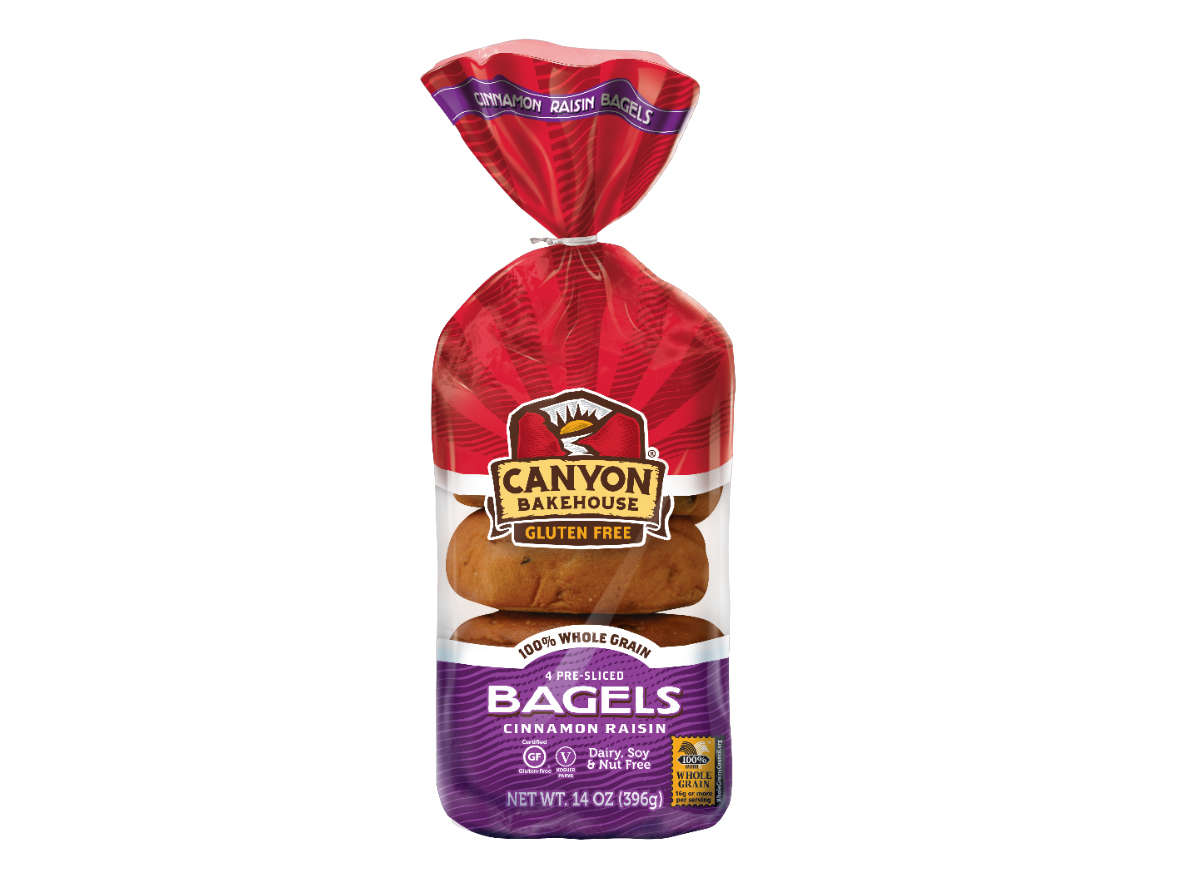 Although this bagel is gluten, dairy, soy, and nut-free, that doesn't automatically make it the healthiest option out there. Canyon Bakehouse's Cinnamon Raisin Bagels are still loaded up with sugar, with one bagel contain 14 grams of the sweet stuff.