7 Unhealthiest Lunch Foods for Your Family

With many parents who are non-essential workers continuing to have the privilege of working from home, it may be easy to assume that you have more time to make meals during the day. In reality, this isn't always the case—and that's OK!

There are plenty of healthy frozen and packaged meals out there, however, there are just as many (if not more) unhealthy ones. Below, we pinpointed just seven of the least nutrient-dense meals you could buy from the frozen and refrigerated aisles, some of which are kids' meals because we know they are at home with you right now, too!

After you're done reading this piece, consider checking out The 100 Worst Frozen Foods in America to get an idea of other meals you should steer clear of in the frozen foods section at the grocery store. 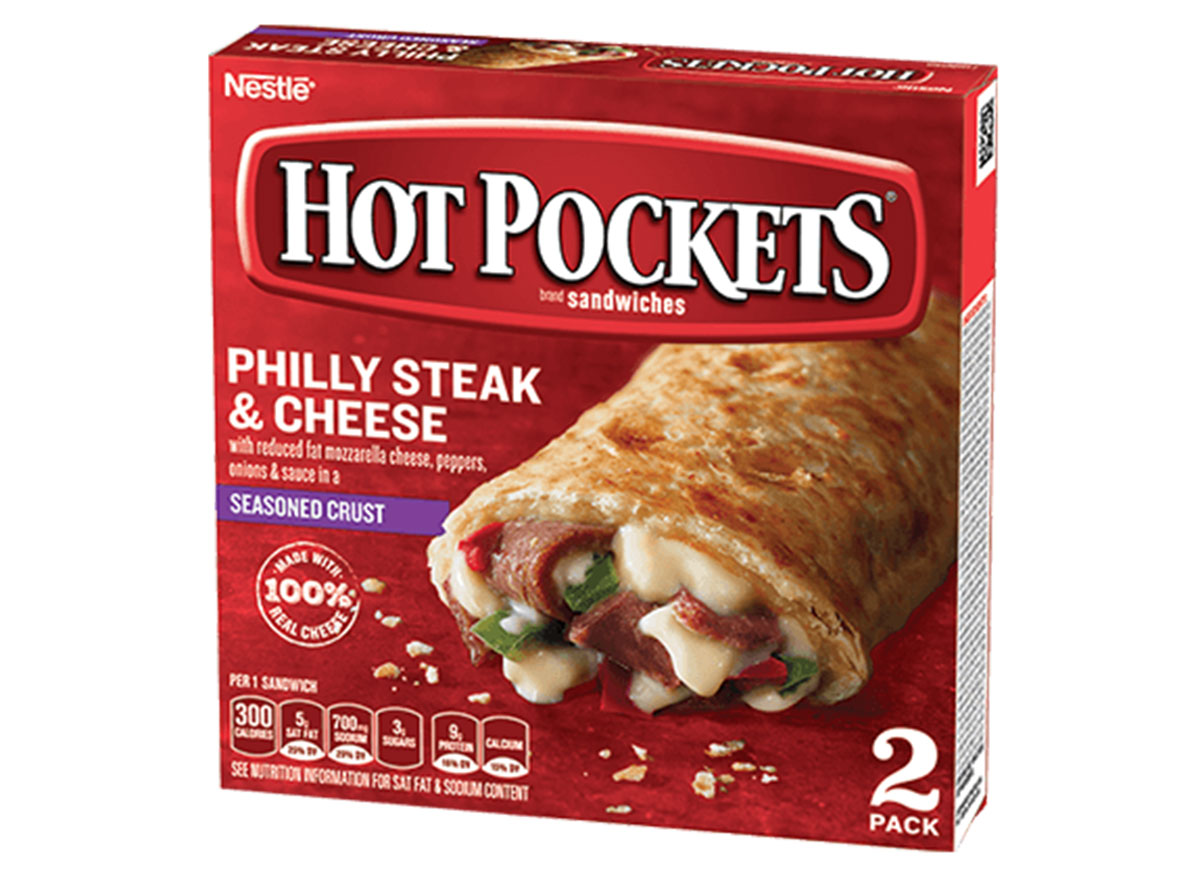 While a hot pocket may seem like the most convenient lunch option to whip up for you or your kids as you work from home, it's not one of the best options you could grab from the frozen aisle. While it's not as high in calories or fat as some other frozen meals on the market, it is packed in sodium. The Amerian Heart Association says an ideal limit for most adults is 1,500 milligrams of sodium per day, and one Philly Steak & Cheese Hot Pocket will wipe out almost half of that daily allowance. 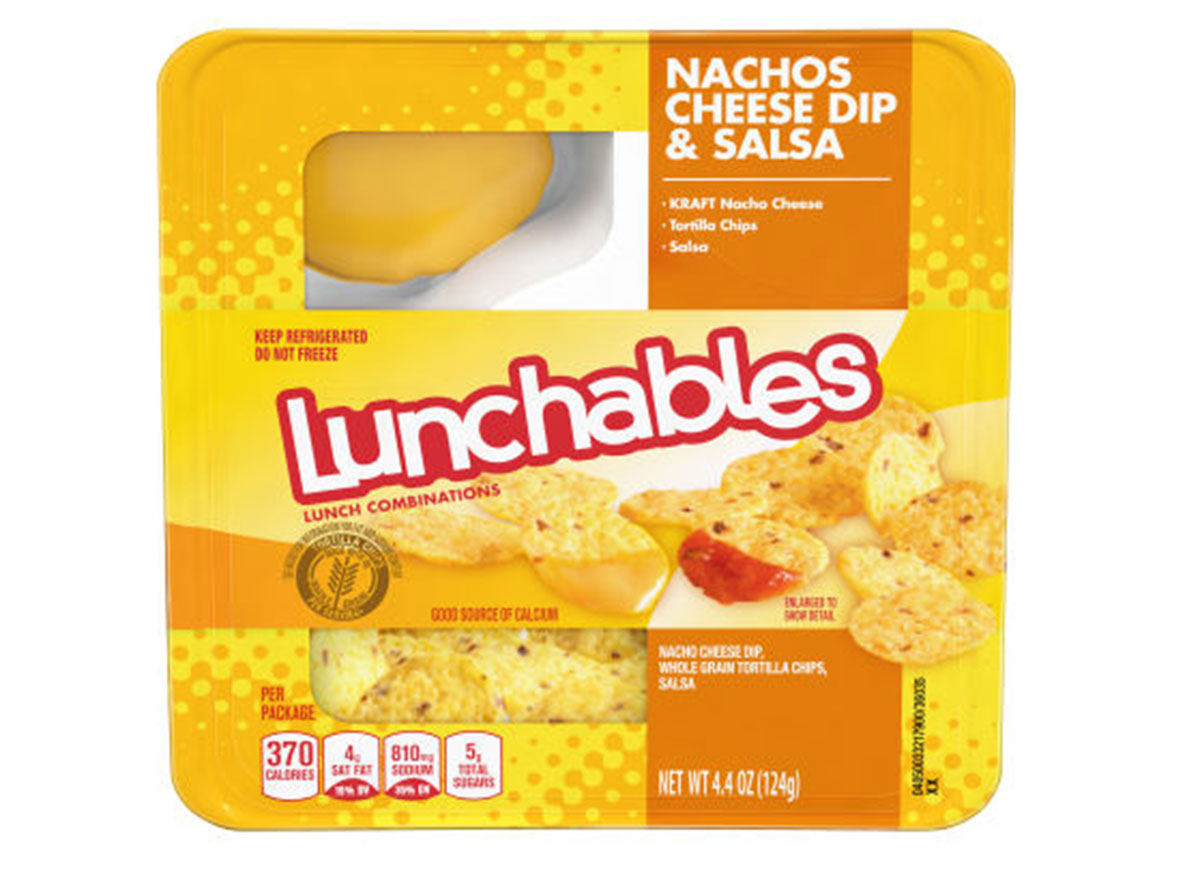 Is this even a meal? Where are the vegetables? Where is the fruit? With only 7 grams of protein and a whopping 810 milligrams of sodium and 20 grams of fat, this is not a proper meal to serve to your kids for lunch. Consider dividing this Lunchable in half and serving it with some steamed veggies as well as a lean protein such as grilled chicken. 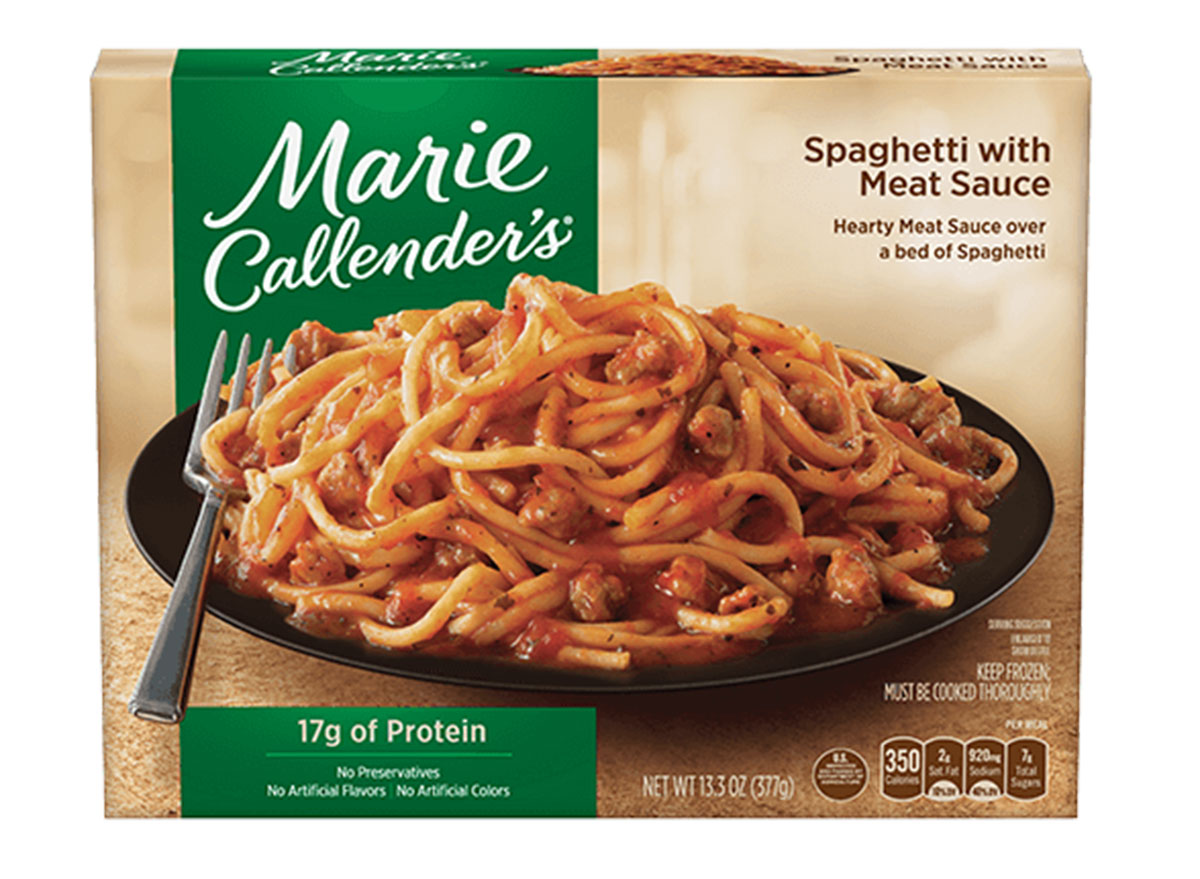 If you don't have time to make your own spaghetti for lunch, what better way to get that fix than to heat up a microwavable meal? Unfortunately, Marie Callender's Spaghetti with Meat Sauce is not our first choice with nearly 1,000 milligrams of sodium in it. For context, this meal has as much sodium as 85 Snyder's pretzel sticks, which is about three servings of the snack. 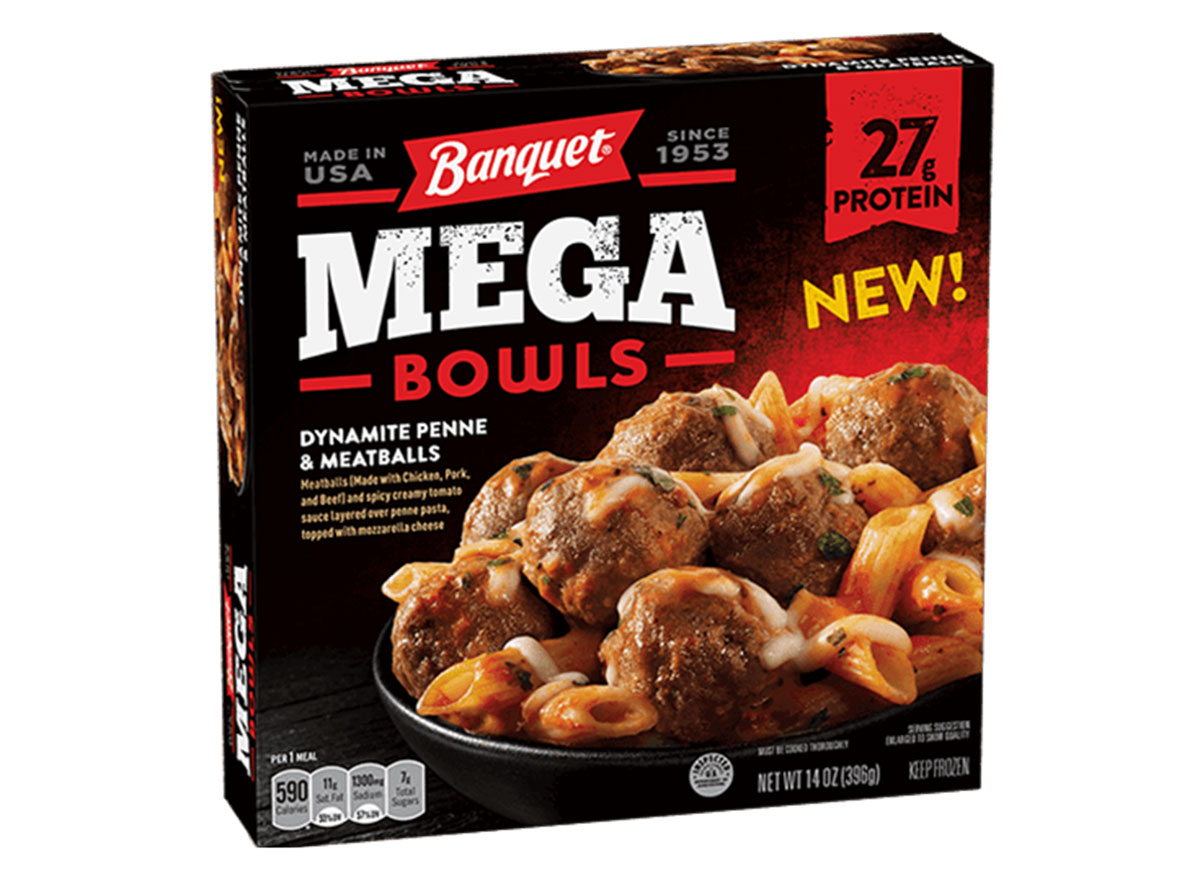 While this frozen meal offers a lot of satiating protein at 27 grams, it also packs about half of your daily allowance of saturated fat and more than half of the daily recommended allowance for sodium (which is 2,300 milligrams) at 1,300 milligrams. We'd suggest skipping this meal at lunchtime so that you avoid feeling like you have to resort to having just a light salad for dinner. 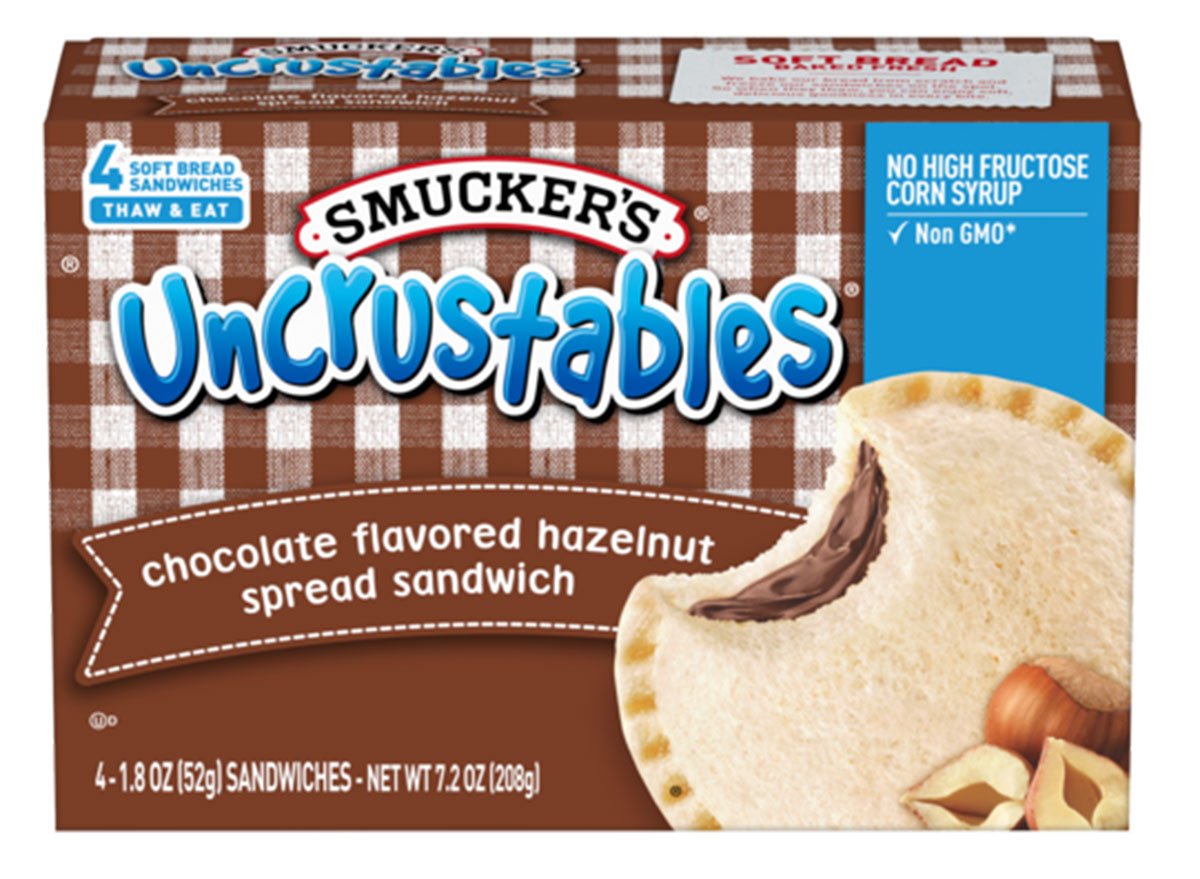 This should not constitute as a meal for your child, as it only provides 4 grams of protein and packs in 10 grams of added sugars. Avoid the sugar rush by saving this "lunch item" as a snack and instead, serve something with whole grains, protein, and vegetables. 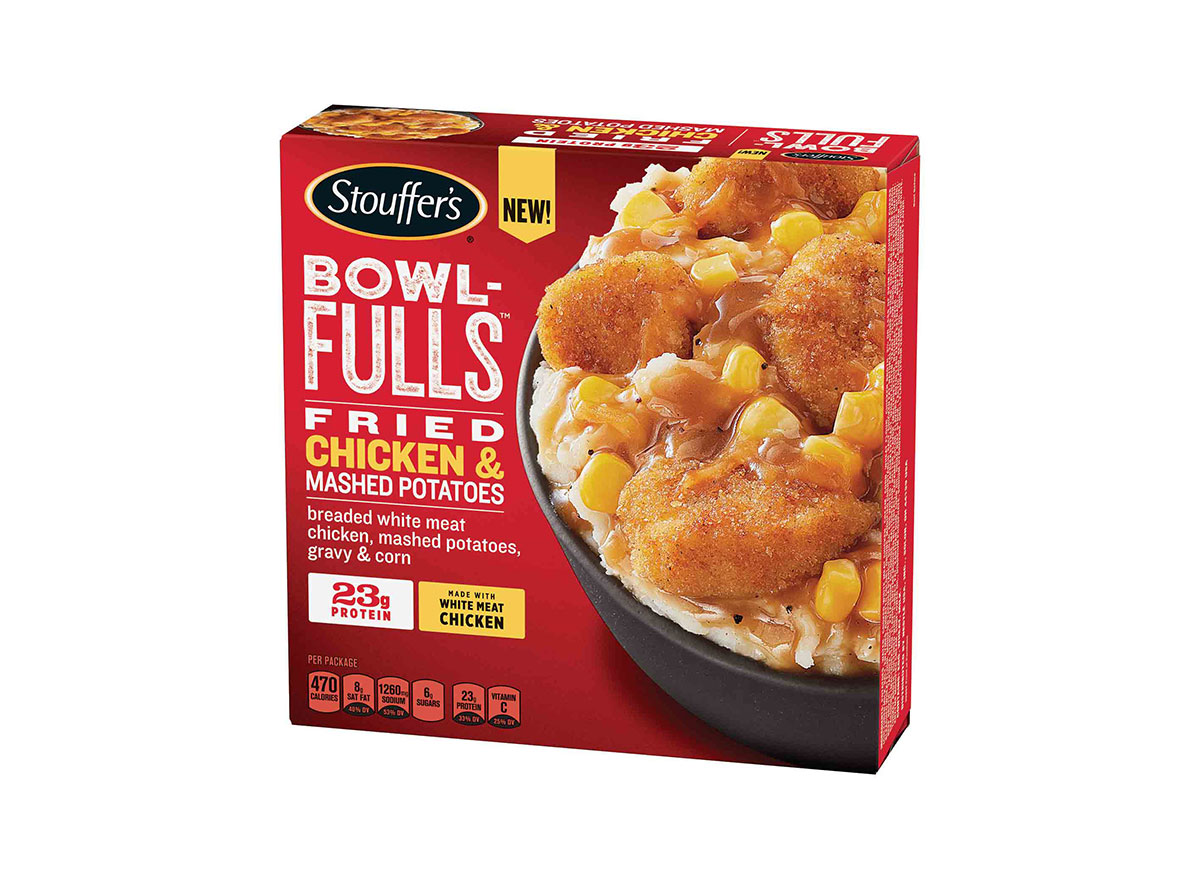 While Stouffer's Bowl-Fulls Fried Chicken & Mashed Potatoes offers more than 20 grams of protein per container, it also houses 1,260 milligrams of sodium, which is far too much sodium for a meal that's under 500 calories. Still, the frozen variety is still healthier in comparison with KFC's Famous Bowl, which has 710 calories, 31 grams of fat, and 2,450 milligrams of sodium. 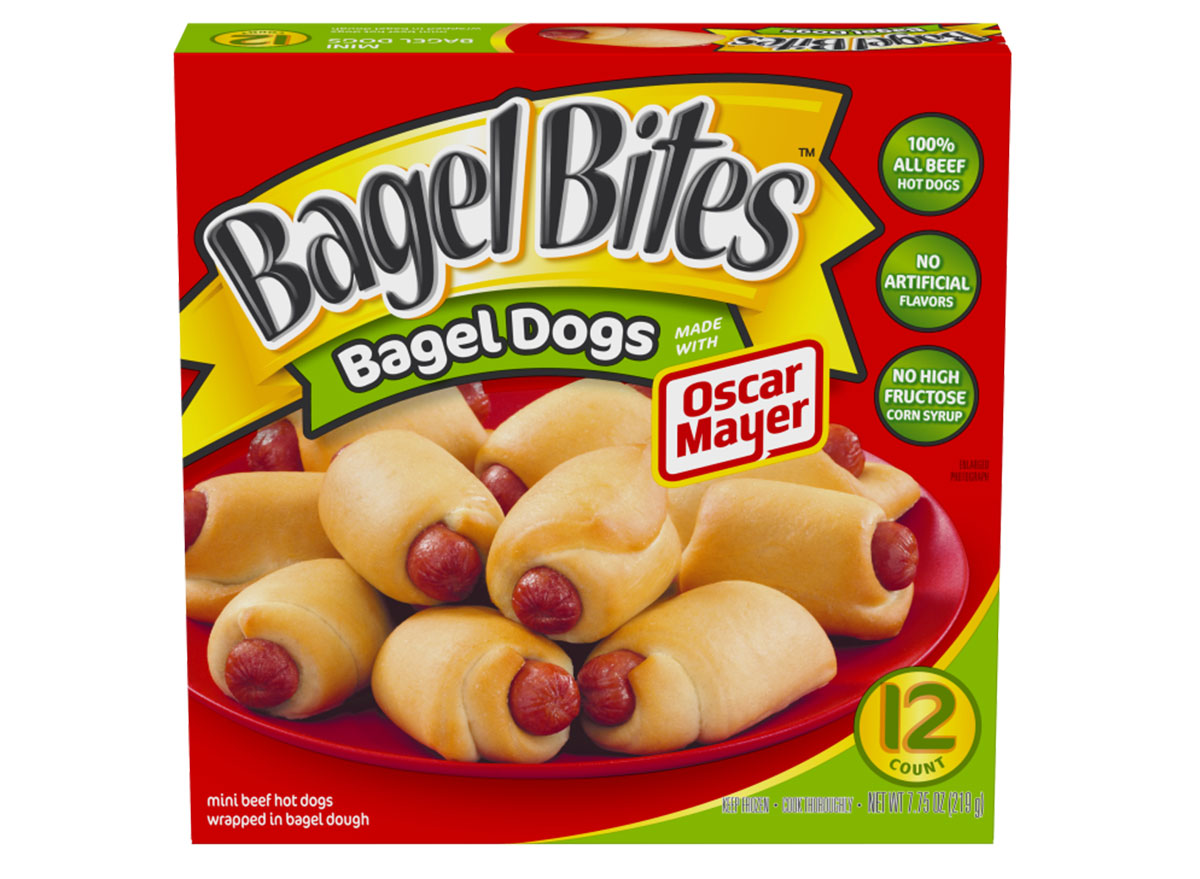 We get it, this could be tempting to serve to your kids as a light lunch, however, just four little Bagel Dogs clock in at over 500 milligrams of sodium, and you know your kids will want double that serving. If you're going to serve this at lunchtime, make sure to offer some healthful veggies and a serving of fruit on the side, as well, to balance the meal out. Oh, and just stick to one serving!

Now that you've seen some of the worst frozen meals, check out 31 Healthy Store-Bought Frozen Foods To Stock In Your Freezer to get an idea of the healthier options out there.