For many people, walking is about as simple as it gets when it comes to exercise and physical activity. And there's nothing wrong with simplicity. Humans' ability to stand up right and put one foot in front of the other quite literally separates us from our planet's fellow inhabitants.

So it shouldn't be all too surprising that walking can be integral to maintaining good health. After all, early humans did a lot more walking than modern peoples. It's estimated that hunter-gatherers walked an average of six miles (!) per day. (All that footwork was done in the name of survival, not fitness.)

Dan Lieberman, PhD, an evolutionary scientist at Harvard University, even goes so far as to call traditional modern exercise unnatural. "When people don't exercise, we label them as lazy, but they are actually doing what we evolved to do—which is to avoid unnecessary physical activity," he told The Irish Times.

Now, this doesn't mean you should cancel your gym membership or throw out your free weights. But the fact remains that walking is a simple, easy way to meet daily physical activity recommendations. The Centers for Disease Control and Prevention (CDC) says that adults should get about 150 minutes of moderate-intensity activity per week, which works out to 30 minutes of walking five days per week. What are some more specific health benefits linked to walking 30 minutes each day? Read on to learn more. And for more walking tips, check out: Try This 20-Minute Walking Workout to Get Fit and Burn Fat, Says Trainer.

Adding some walking to your daily routine has been shown to provide a serious brain boost. Consider the findings of this study, published in Proceedings of the National Academy of Sciences. Researchers instructed a group of college students to engage in quick, moderate, 10-minute exercises such as a short walk. Sure enough, students performed much better after moving on both cognition and memory assessments. If just 10 minutes of walking is beneficial to memory, it's safe to theorize that adding an extra 20 minutes could be that much more helpful.6254a4d1642c605c54bf1cab17d50f1e

Michael Yassa, PhD, neuroscientist at the University of California, Irvine, and study co-author, has even added a few 10-minute walks to his lab staff's daily routine. "I try to do walking meetings every now and then, and we try to get up every couple of hours and go for a nice 10-minute walk. Based on my experience, not only is the group more productive, but we're happier," he told The Guardian. If you're looking for more brain benefits of walking, be sure to read: New Study Reveals a Huge Side Effect of Walking More.

There's no greater health benefit than a longer life. Research released by the American Heart Association last year reports that older adults (average age: 69) walking for 150 minutes each week (or 30 minutes daily for five days per week) were 67% less likely to die from any cause compared to less active individuals. Each and every instance of 30-minute light exercise (like walking) was associated with a 20% lower risk of dying from any cause. The study encompassed over 1,200 subjects.

Similarly, another study published in The American Journal of Clinical Nutrition concluded that walking for roughly 20 minutes each day cuts risk of death by up to 30%. Very sedentary participants reaped the most health rewards from adopting a daily walking regimen. "The greatest reductions in mortality risk were observed between the two lowest activity groups across levels of general and abdominal adiposity, which suggests that efforts to encourage even small increases in activity in inactive individuals may be beneficial to public health," study authors wrote.

The Heart Foundation tells us that walking for 30 minutes each day can reduce one's risk of heart disease and stroke by up to 35% and risk of type 2 diabetes by up to 40%. According to Michigan Medicine, walking also increases heart rate, strengthens heart muscles, and increases blood circulation, which means more essential nutrients and oxygen can make their way to your organs.

Additionally, research published in the British Journal of Sports Medicine reports that sticking to a steady walking regimen helped a group of participants improve their blood pressure, resting heart rate, and total cholesterol levels. And FYI: Here's How Much You Need to Walk Every Day for Your Heart, Says Study.

Looking for some inspiration for your next passion project? Try taking a walk to clear your head. Lots of research has connected walking with improved creativity. This study published just last year in Scientific Reports found that physical activity, positive mood, and creativity were all "associated with each other." In less scientific terms, that means the more participants walked and moved each day, the more creative and happier they reported feeling.

Another study published in the Journal of Experimental Psychology: Learning, Memory and Cognition concluded that creative thinking experiences a boost both while people walk and shortly thereafter. Notably, it doesn't matter whether you're outside or on a treadmill, so long as you're walking.

"We're not saying walking can turn you into Michelangelo," says study co-author Marily Oppezzo, PhD. "But it could help you at the beginning stages of creativity." 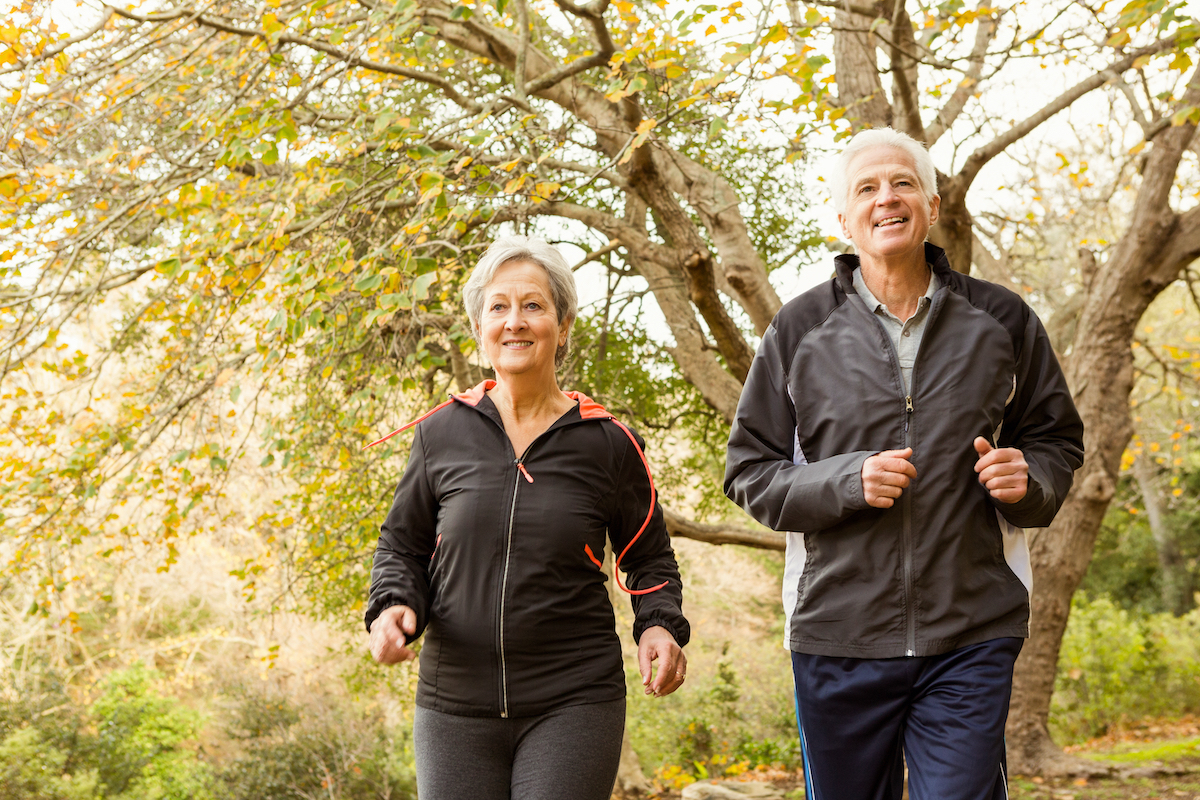 We already touched on how walking can improve memory and cognition. Now, let's dive into yet another neurological benefit linked to taking a stroll. Just a few years ago researchers from New Mexico Highlands University discovered that walking sparks increased blood flow to the brain. More blood flow to the brain means more energy, oxygen, and ultimately stronger neural performance. (This might explain #1 and #4 on this list.) 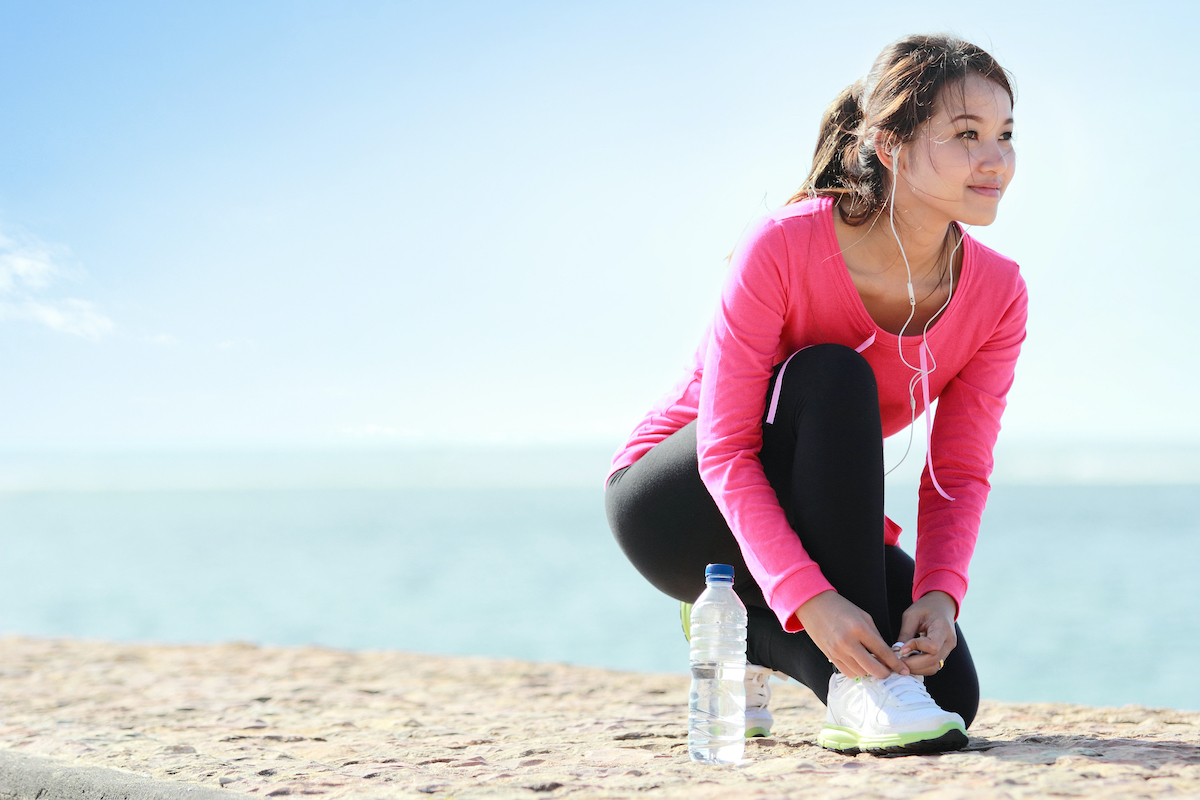 Many people think they have to do lots of intense exercise to maintain their ideal weight. Surprisingly, research indicates that just 30 minutes of walking per day is enough to support healthy weight management.

"From the perspective of prevention, it appears that the 30 minutes per day will keep most people from gaining the additional weight associated with inactivity," commented Cris Slentz, PhD, of Duke University, the author of a study in JAMA Internal Medicine investigating this topic. "Given the increase in obesity in the U.S., it would seem likely that many in our society may have fallen below this minimal level of physical activity required to maintain body weight." Want more tips on walking for weight management? Check out The Secret Trick for Walking to Get Lean, Says Study.