The Best Coconut Milks, According to Nutritionists

If you're looking for a non-dairy beverage for your smoothie, chia pudding, or overnight oatmeal, you're going to want to start with the best coconut milk.

There are so many uses for a coconut milk beverage: smoothies, coffee, cereal, overnight oatmeal, or to drink as is. Because there are tons of different types of coconut milks and beverages, it can be tricky to differentiate them from each other to find the best coconut milk for your needs.

"It's important to remember there is a difference between coconut milk, coconut cream, and coconut water," says Amber Pankonin, MS, RD, LMNT, registered dietitian and owner of Stirlist.

Like most plant-based alternative milks, the coconut drink is experiencing a renaissance. According to a 2019 study, experts estimated that total coconut milk sales in the US were $880 million. And with popularity comes more and more labels on the market, which can make it hard to determine which one you should buy.

That's why we consulted dietitian nutritionists to put together this guide to choosing the best coconut milk.

What is coconut milk?

"Coconut milk is made from shredded coconut that has been pureed, strained, and then mixed with water and other additives including certain vitamins," says Pankonin.

While coconut milk is creamy in texture like dairy, it doesn't come with the lactose (great for those with lactose sensitivities). Plus, it's plant-based, so if you're vegan or looking to try a plant-based diet, it also can be an excellent alternative.

The benefits of drinking coconut milk.

How can you choose the best coconut milk?

We asked dietitians to share the nutritional criteria they look at when choosing healthy coconut milks.

One thing to note is that these beverages typically contain "additional stabilizers and thickeners for freshness and texture purposes," says Haber Brondo. "You'll see these on the label as gums or acids, but they're nothing to worry about."

The best coconut milks you can buy. 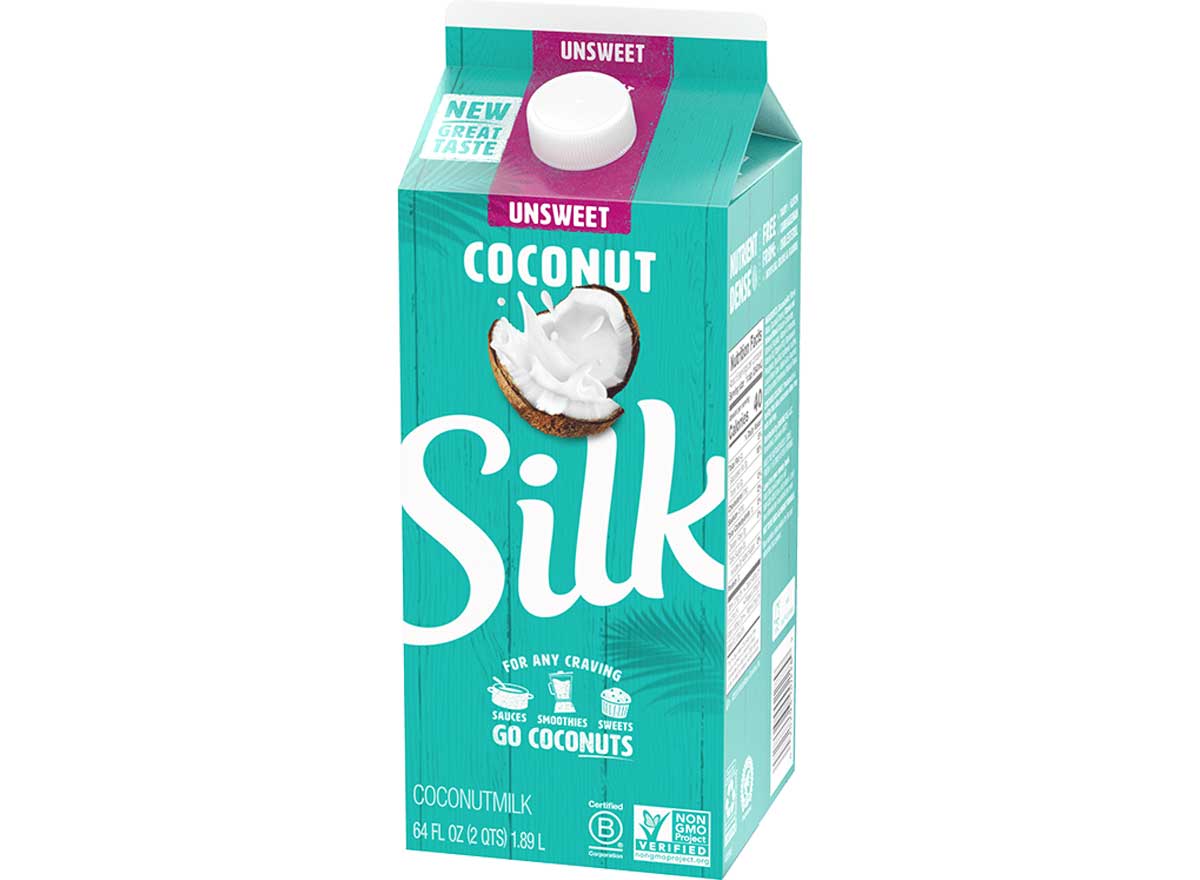 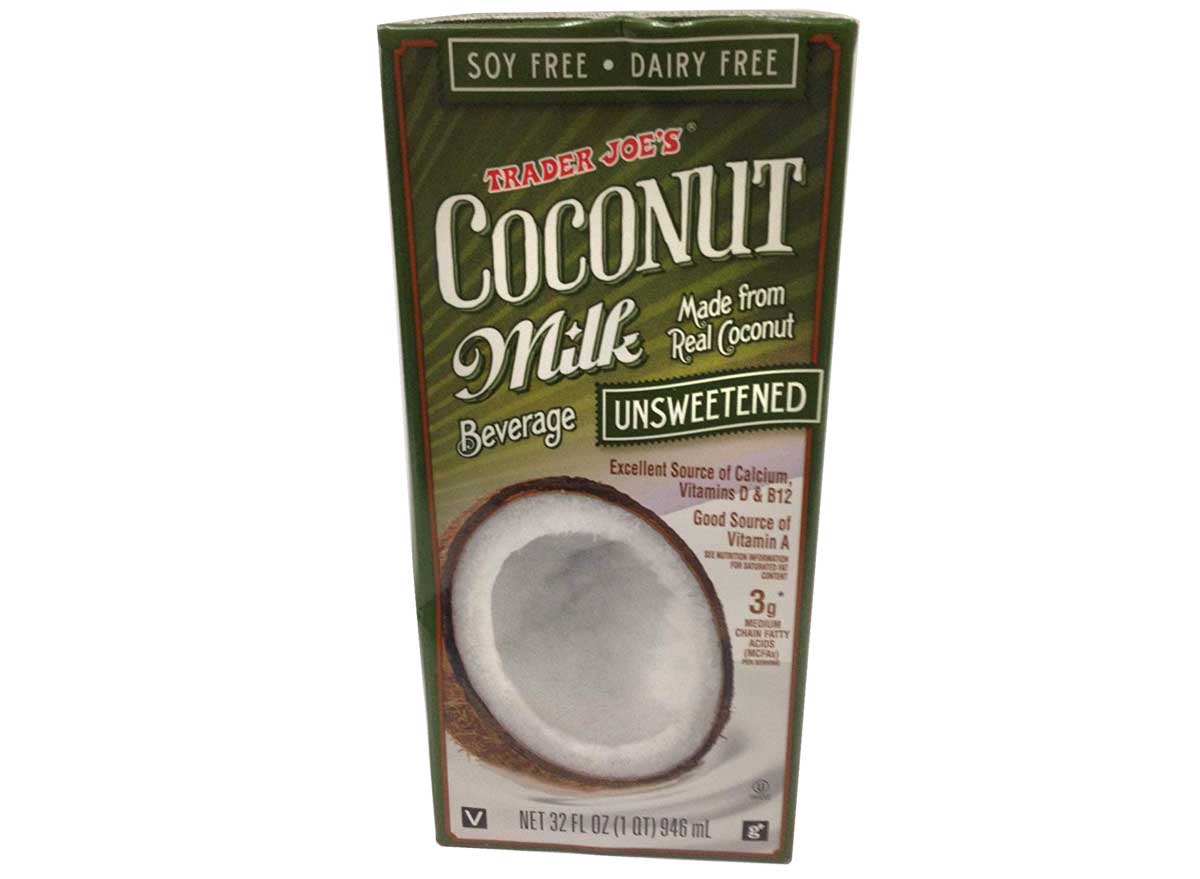 "This coconut milk has no preservatives or carrageenan in this drinkable coconut milk (see next section for more on carrageenan)," says Charlotte Martin, MS, RDN, registered dietitian nutritionist and owner of Shaped by Charlotte. "Plus, it's fortified with vitamins and minerals like calcium and vitamins A, D, and B12. Dairy products are one of the best sources of calcium, so if you're avoiding them it can be more difficult to meet your calcium needs, which is where supplementation comes in handy." 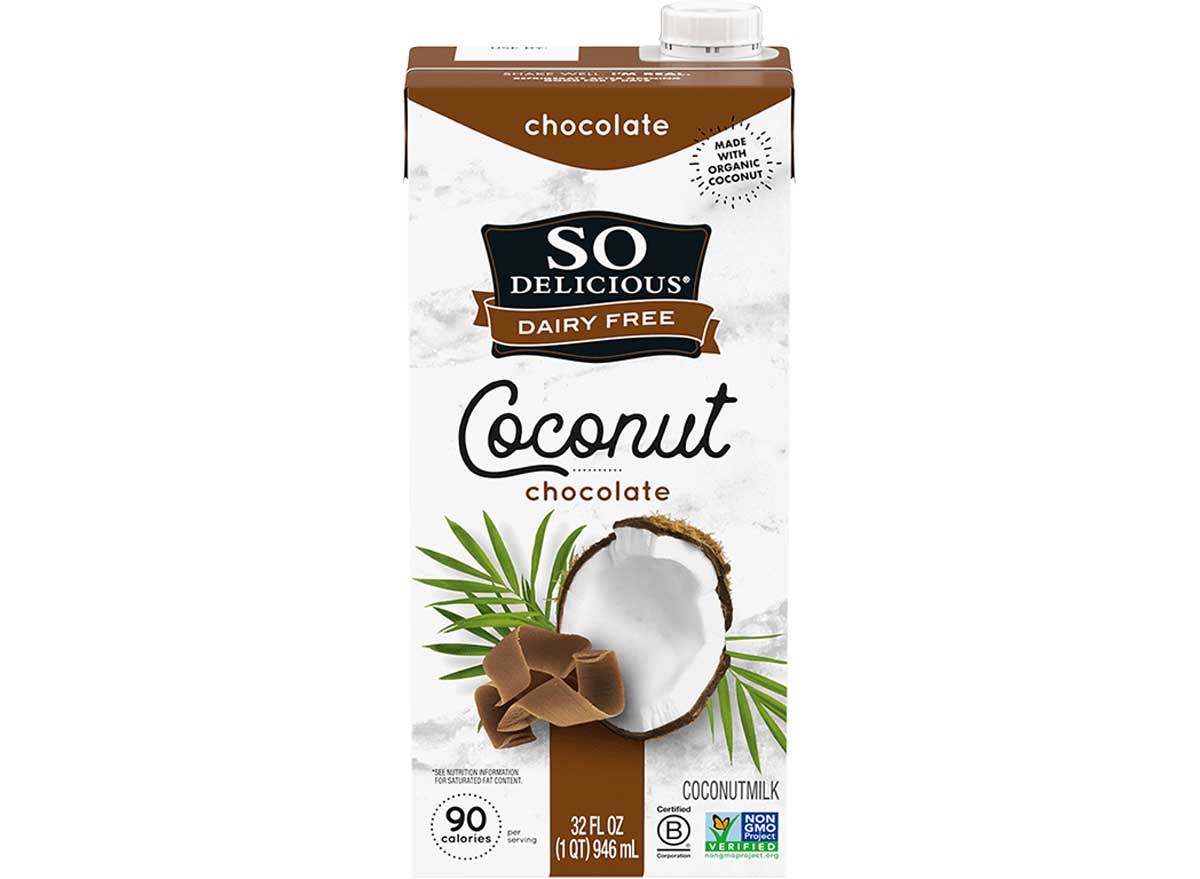 "If you are looking for a sweeter option or maybe a recovery drink, this would be a good option," says Pankonin. "It is about 90 calories per 8 oz serving and in addition to containing Vitamin B12, Vitamin D and calcium, it also contains about 200 milligrams of potassium and 160 milligrams of sodium which can be beneficial for those looking to replace electrolytes after a workout." 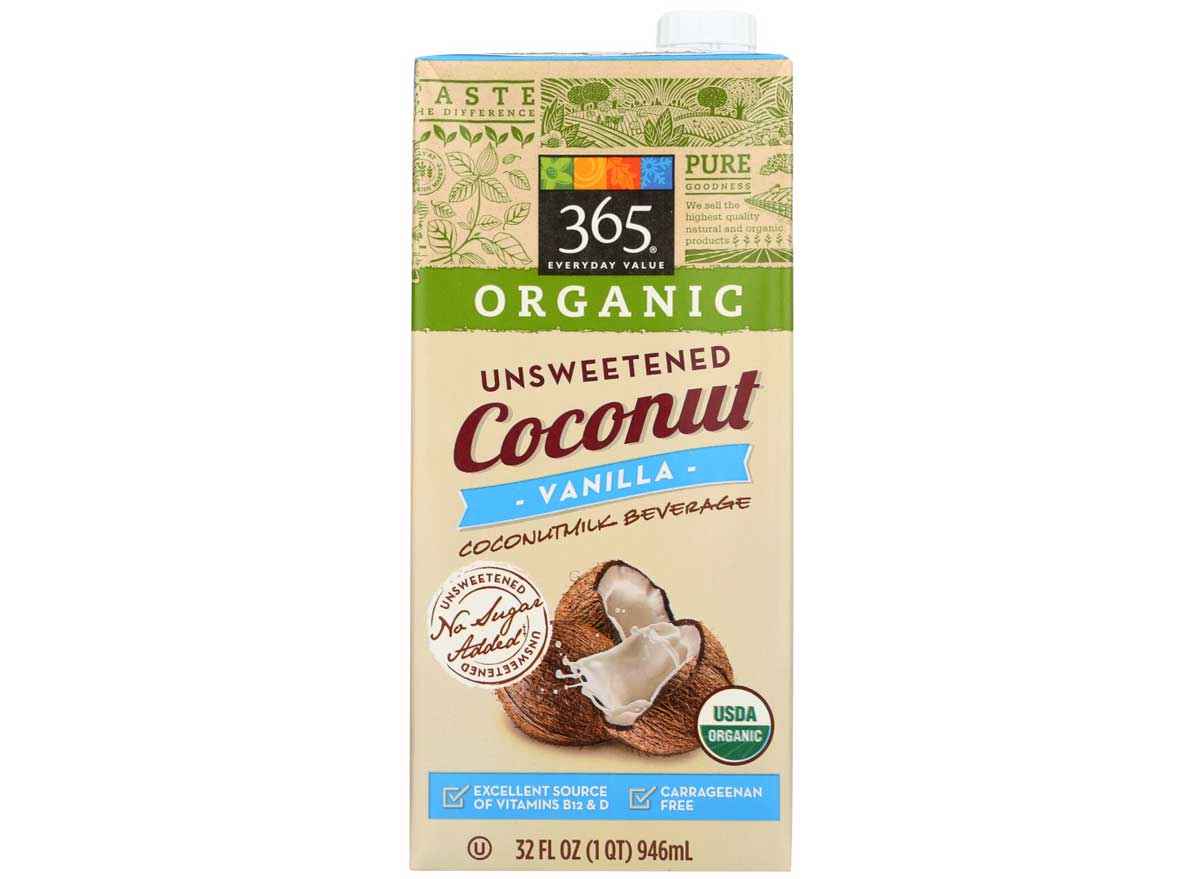 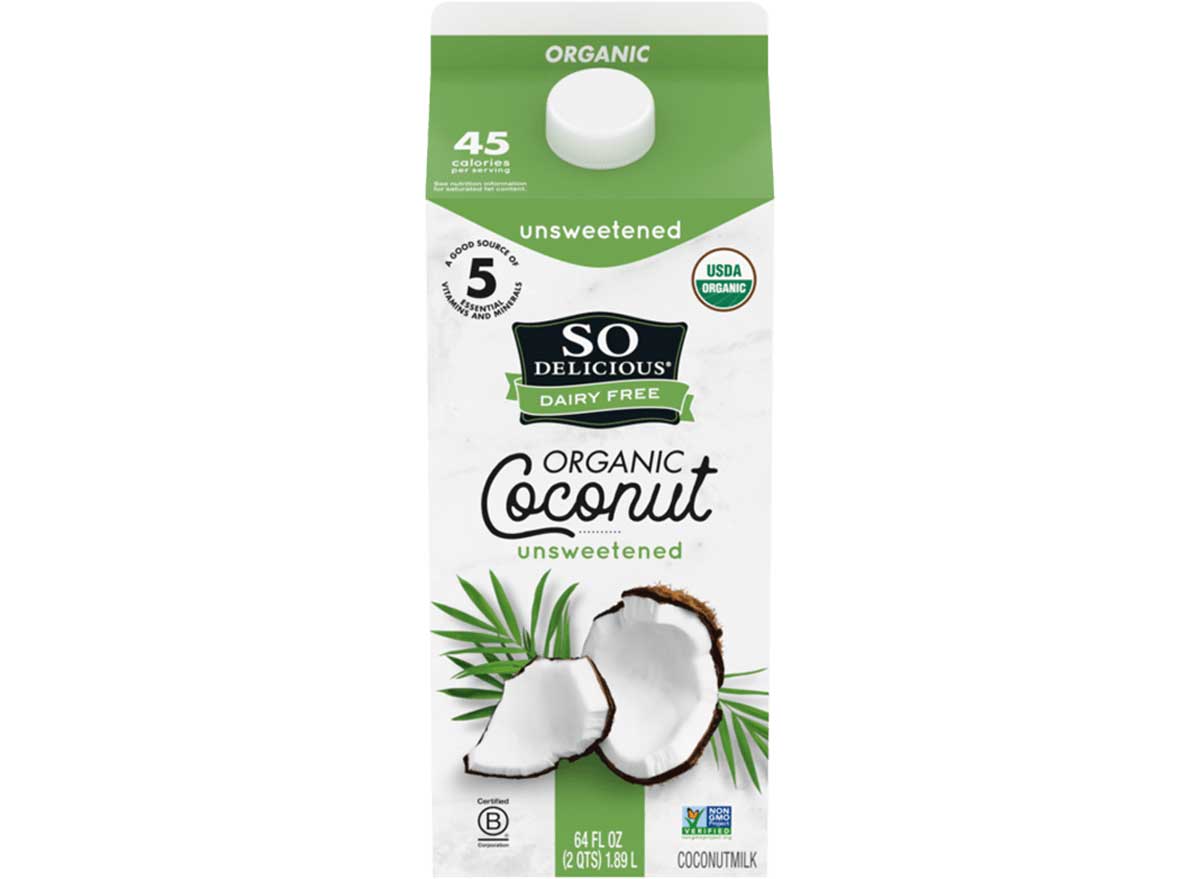 "This beverage is low-calorie at 45 calories and next lowest in saturated fat," says Catherine Perez, MS, RD, a registered dietitian at The Charge Group. "It has the highest amount of fortified B12 in the lot, which is great to have for those that need the extra fortification from fortified foods and beverages. It also has some Vitamin D and Calcium added in as well. Bonus: SO Delicious adds some selenium and zinc as well. These nutrients are great as an addition considering many fall short on these minerals." 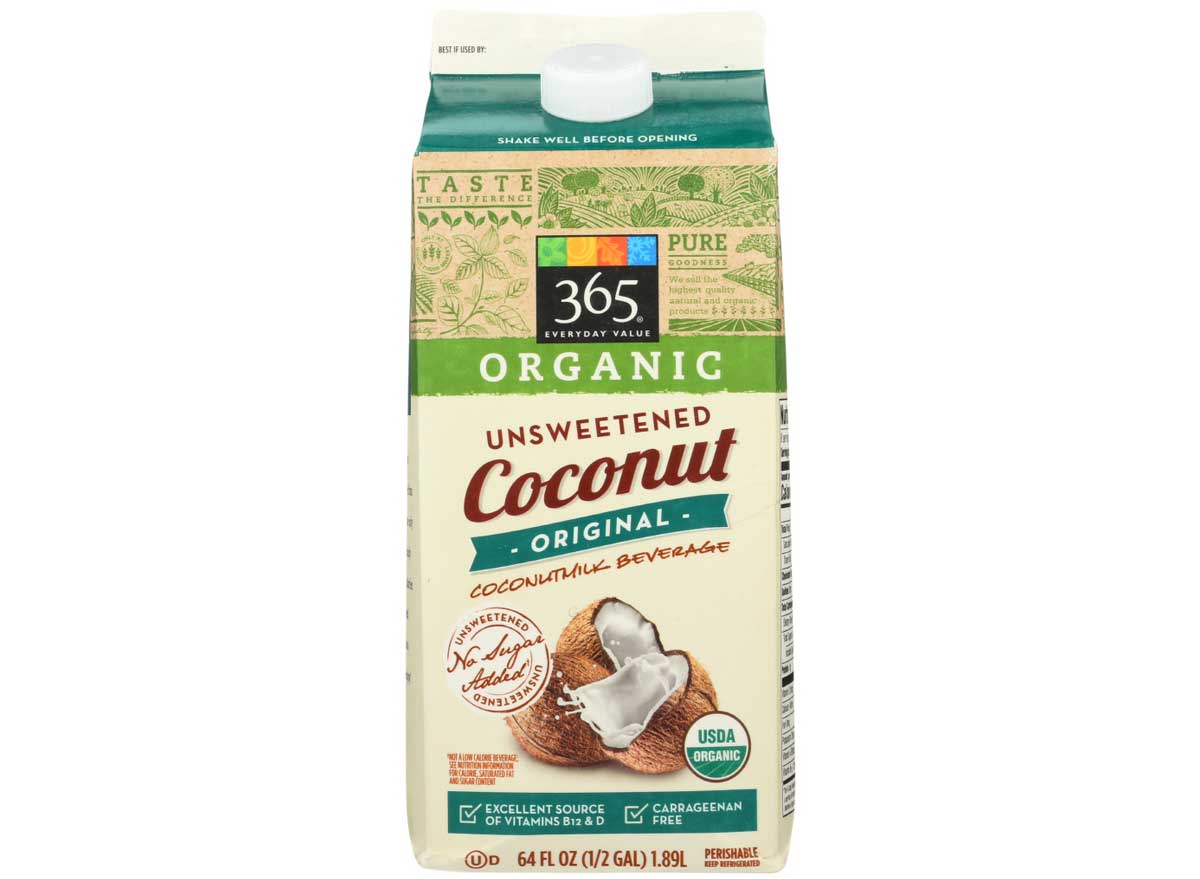 "This is a great drinking option for the exact same reasons as the Trader Joe's Coconut Beverage, they have almost identical nutritional profile. The big differentiation is that the TJ's one is shelf stable whereas the WF one is refrigerated," says Martin. "Also, this one is double the size (64 oz vs 32 oz), so it will last you longer."

The worst coconut milk you can buy.

Dietitians shared that there are no coconut beverages you should avoid entirely. That being said, the best coconut milks are better than the following options. So, if an item on the list above is available along with the following drinks, you should opt for the best option instead. 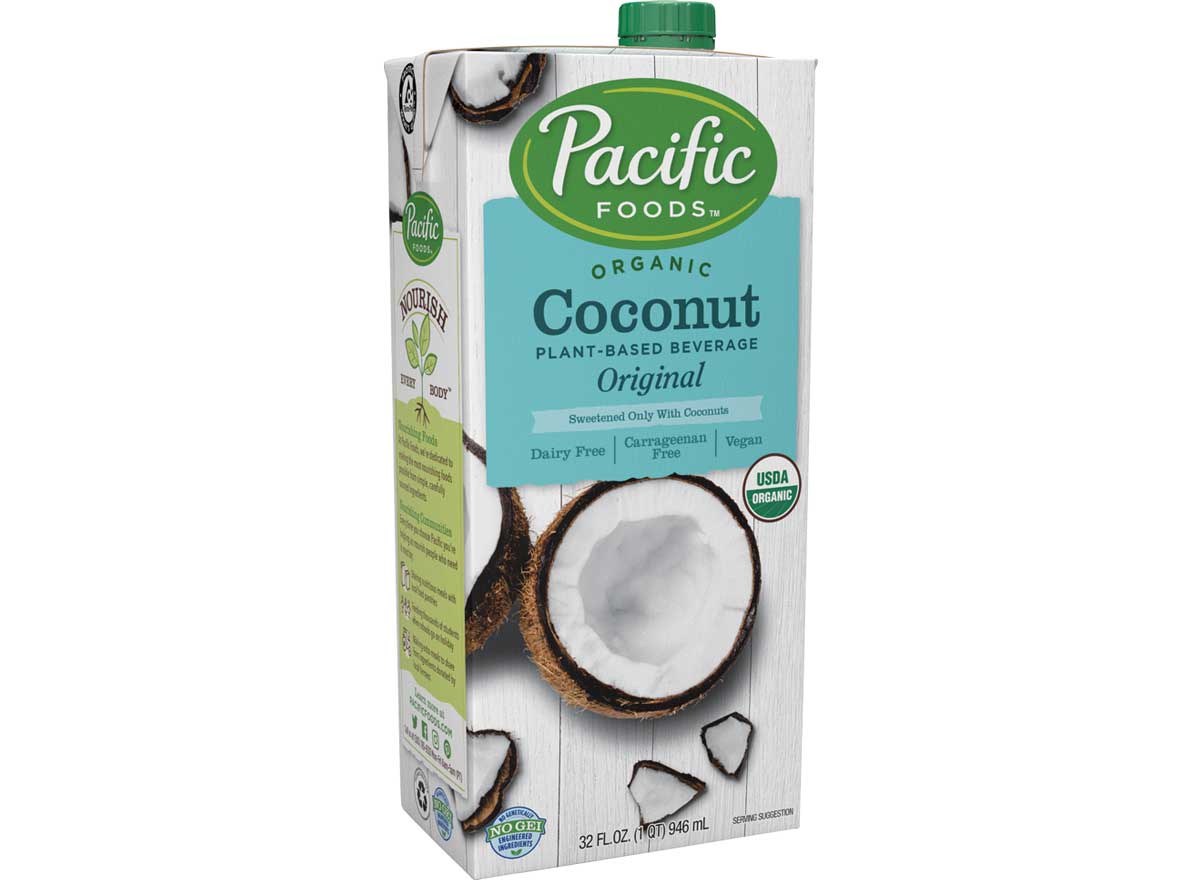 "There's nothing inherently wrong with Pacific Foods' coconut milk. Its ingredient list is similar to the rest with water, coconut cream and gums. But, this coconut milk has the least amount of nutrients added to it," says Haber Brondo. "It only has a little vitamin D added, as well as a trace amount of calcium. If you're eating a diet rich in other nutrient-dense foods, like fruit, veggies and whole grains, you don't necessarily need extra vitamins and minerals added to your coconut milk. But, if you're looking for the brand that's going to give you the most bang for your buck, other brands will be a much better source of many essential nutrients." 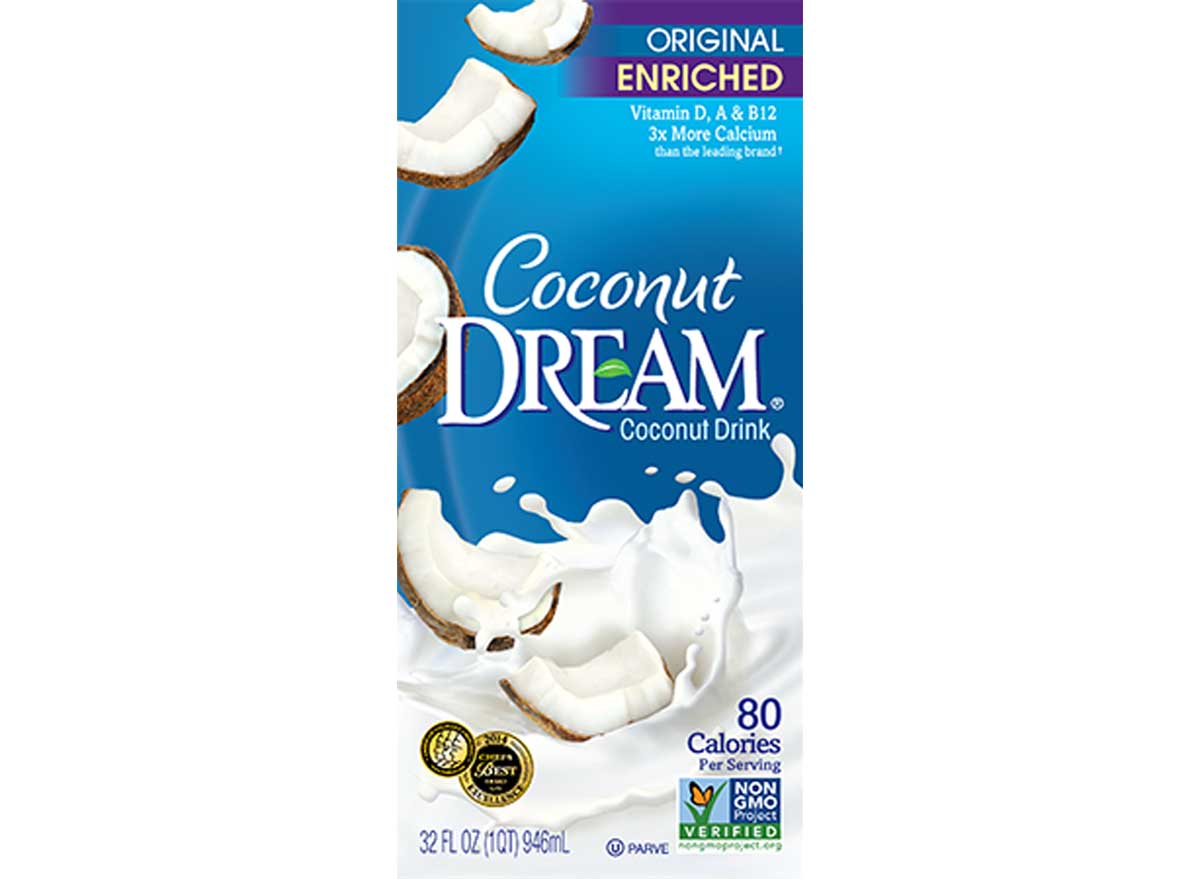 "This coconut milk contains a highly controversial ingredient: carrageenan. Manufacturers add carrageenan to some food products as a thickener and emulsifier," says Martin. "Some evidence suggests carrageenan triggers inflammation and digestive issues; however, we have limited research on this. Luckily, most other brands have removed this controversial ingredient from their products so it's pretty easy to avoid this brand in favor of another." 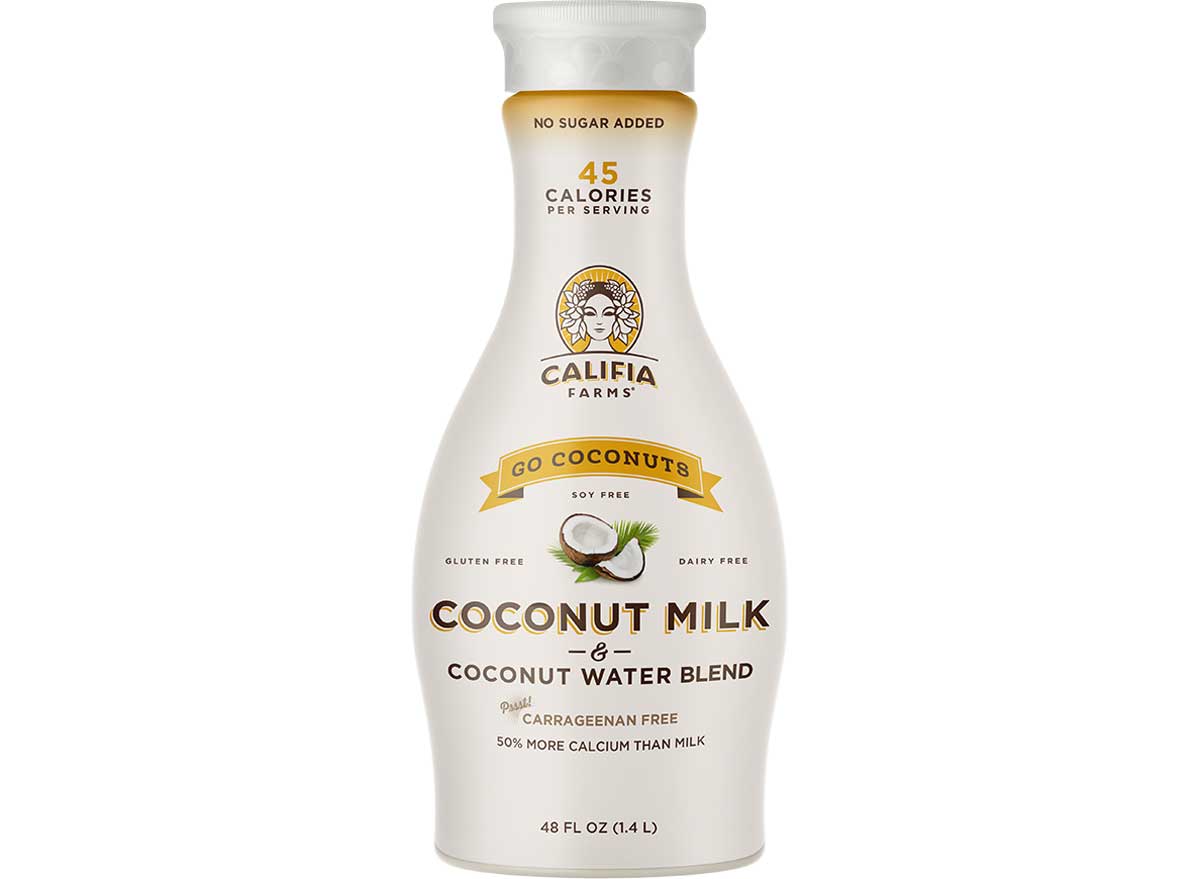 "This coconut milk isn't bad, it's just not as great as the others. It has the same ingredient list, but is lacking in added nutrients; it's a good source of calcium, and that's pretty much it," says Haber Brondo. "If we're nitpicking, it's the only unsweetened version that has sugar in it. (To be fair, it's only one gram.) It has the highest amount of sodium of all the coconut milks I compared: 180 milligrams in one cup, versus only about 50 milligrams in most other brands. Again, there's nothing super wrong with this coconut milk, but if you have to choose, the other options have a few benefits over it."

Adds Perez, "While this milk has no sugar added, it also seems to be missing some important fortified nutrients. The only added nutrient is calcium (35% Daily Value), no B12 and no vitamin D." 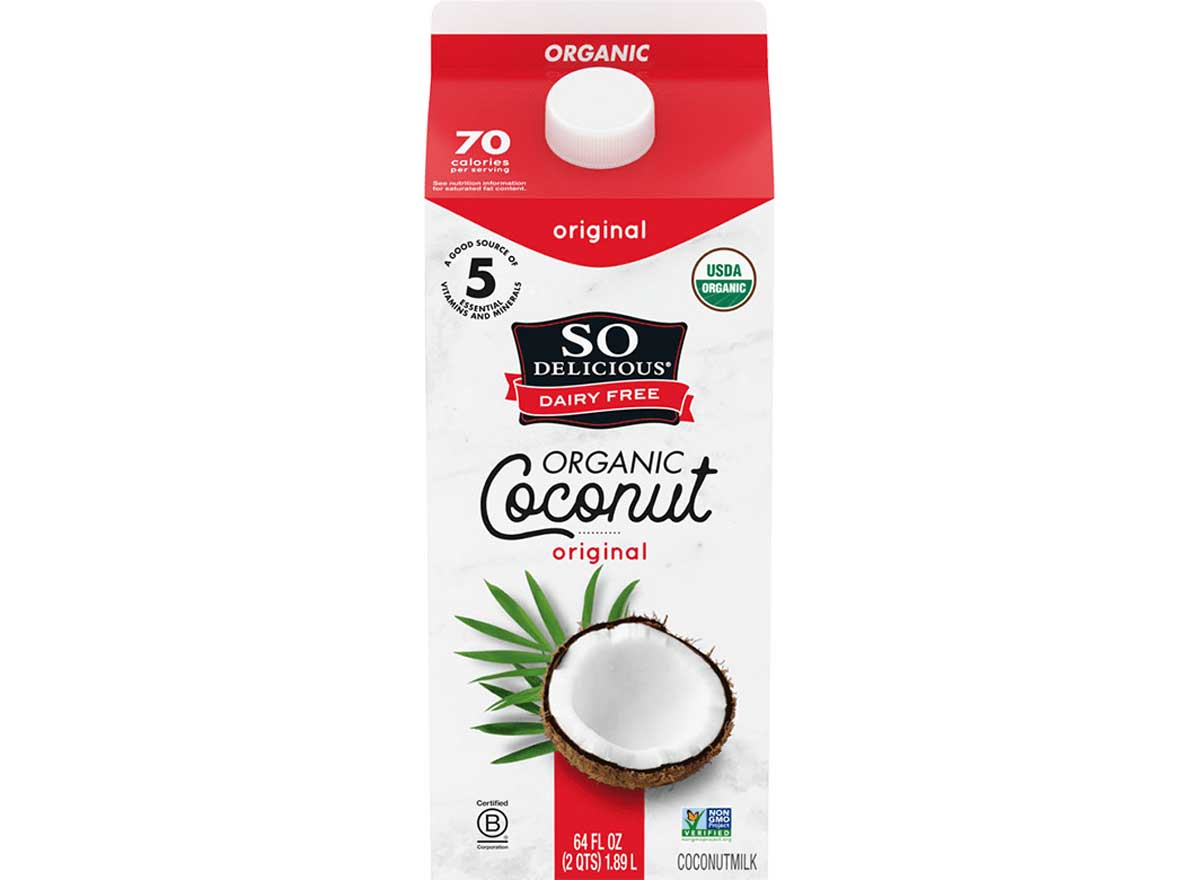 "This drinkable sweetened coconut milk has 7 grams of sugar per serving, which is more than I've seen in most other sweetened versions," says Martin. "I personally feel you don't need added sugar in your milk, especially if you're pouring it over sweetened cereal. Be sure to look for unsweetened drinkable varieties, which SO Delicious does offer."