We Tried 5 Instant Mashed Potatoes, and This Is the Best One

Streamline your holiday dinner with this convenient side.

Bringing your holiday menu to the table is already a daunting task: from the roasted centerpiece to the array of sides, the last thing you want to be doing is beating pounds of potatoes into a creamy mush. That's where instant mashed potatoes come in.

The dehydrated convenience food may sound like an odd invention at first glance, but it can save you minutes—or even hours—of time in the kitchen. To help streamline your holiday dinner this year, we've tested five popular instant mashed potato mixes, and found the best one. We prepped them according to the instructions, but feel free to dress our winner up with all of your go-to toppings!

Here are the three metrics we used to determine each mix's final grade.

Calories, fat, and carbs weren't serious determining factors, because most instant mashed potato mixes are similar across the board.

Is your bowl gritty or gummy? Are the mashed potatoes as creamy and decadent as your grandma's? Although these are instant mixes, we (sorta) expect them to taste like the real thing.

Unsurprisingly, taste is our top determining factor, because why else would we eat mashed potatoes? 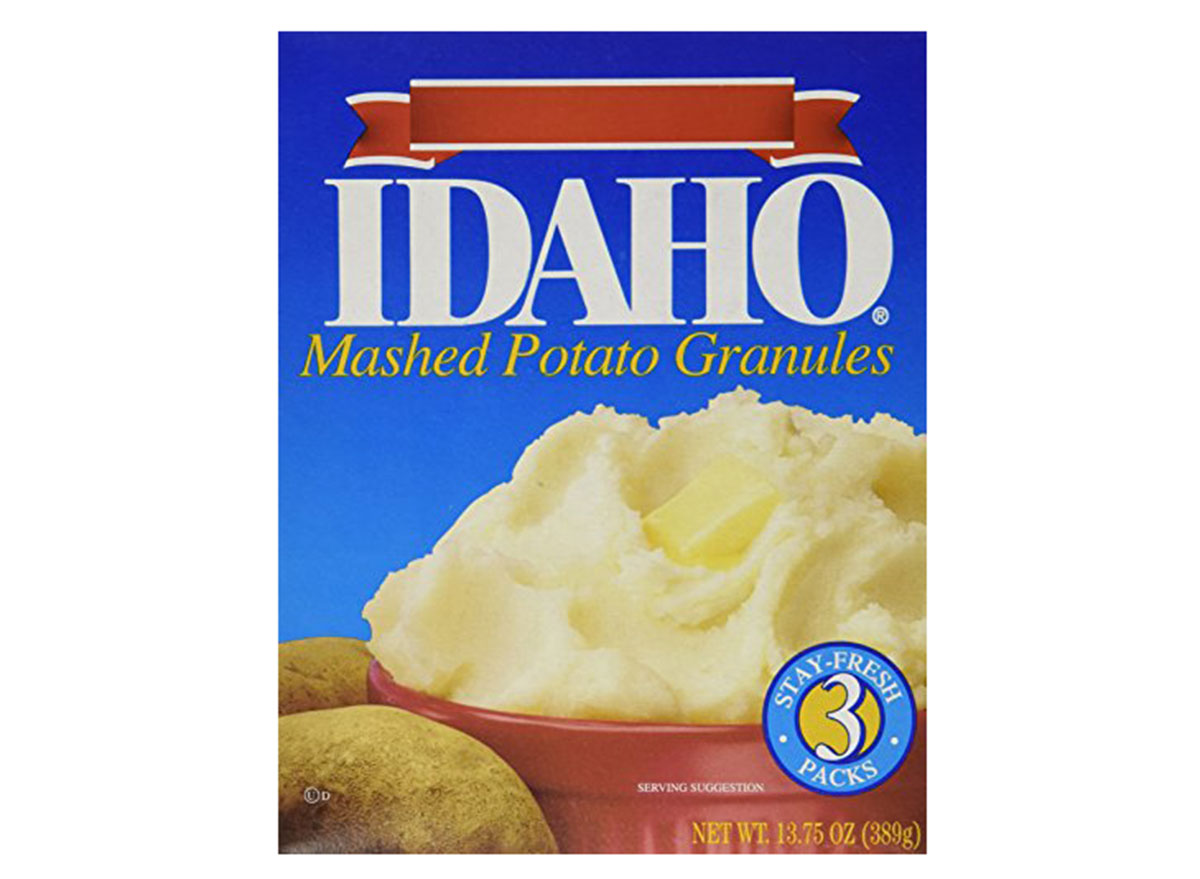 Unlike the other picks on this list, the Idaho Mashed Potatoes mix was made up of powder rather than the expected potato flakes. This resulted in a dense and flavorless bowl that left little to be desired. What's more, the pulverized taters boasted an artificial scent and an aftertaste that was off-putting. We'd need boatloads of thick gravy to mask the chemical-like flavor of this box. 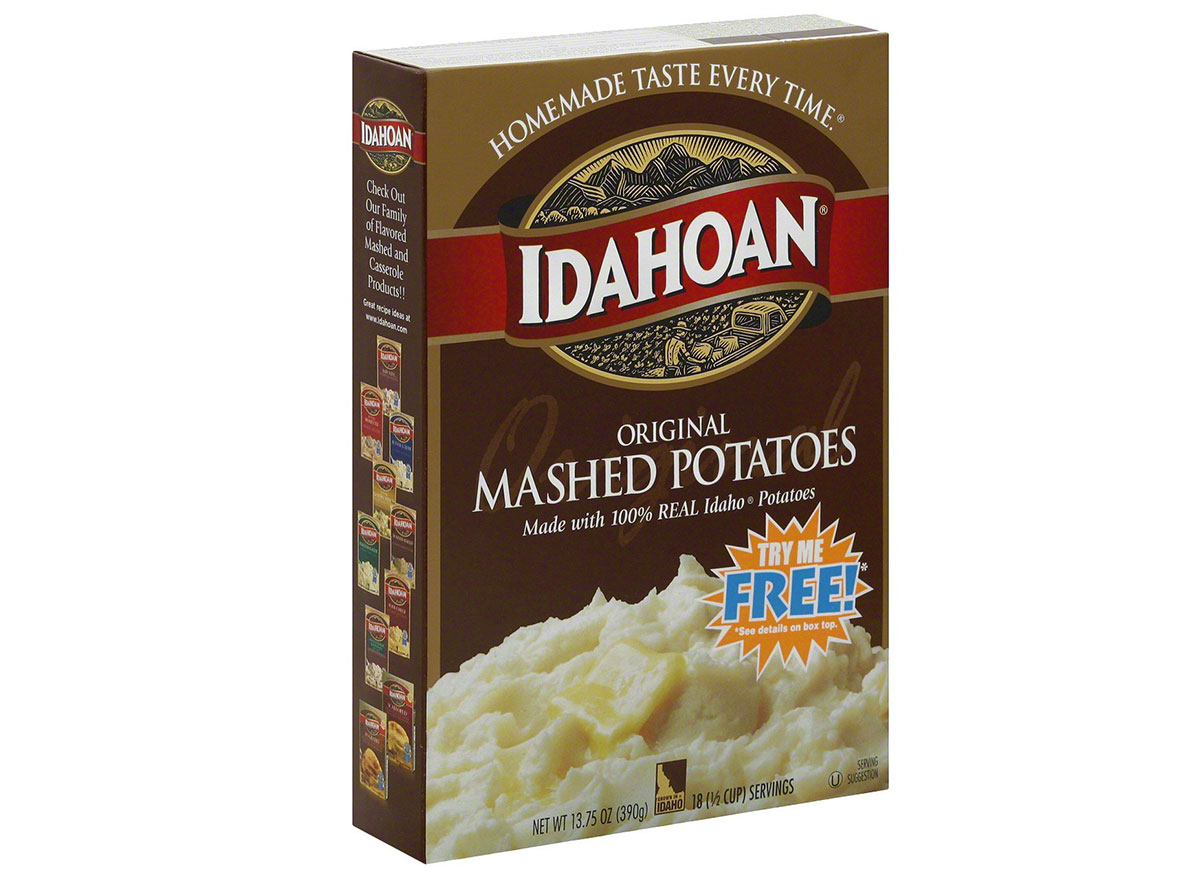 While this mashed potato mix was creamier than Idaho's, it was also quite foamy in consistency—a characteristic we could do without. In fact, the mix was so thick, it could be served upside down like a Dairy Queen Blizzard. Although Idahoan self-proclaims it's "The Gold Standard since 1960," we say skip these spuds and opt for one of our top-rated mixes instead. 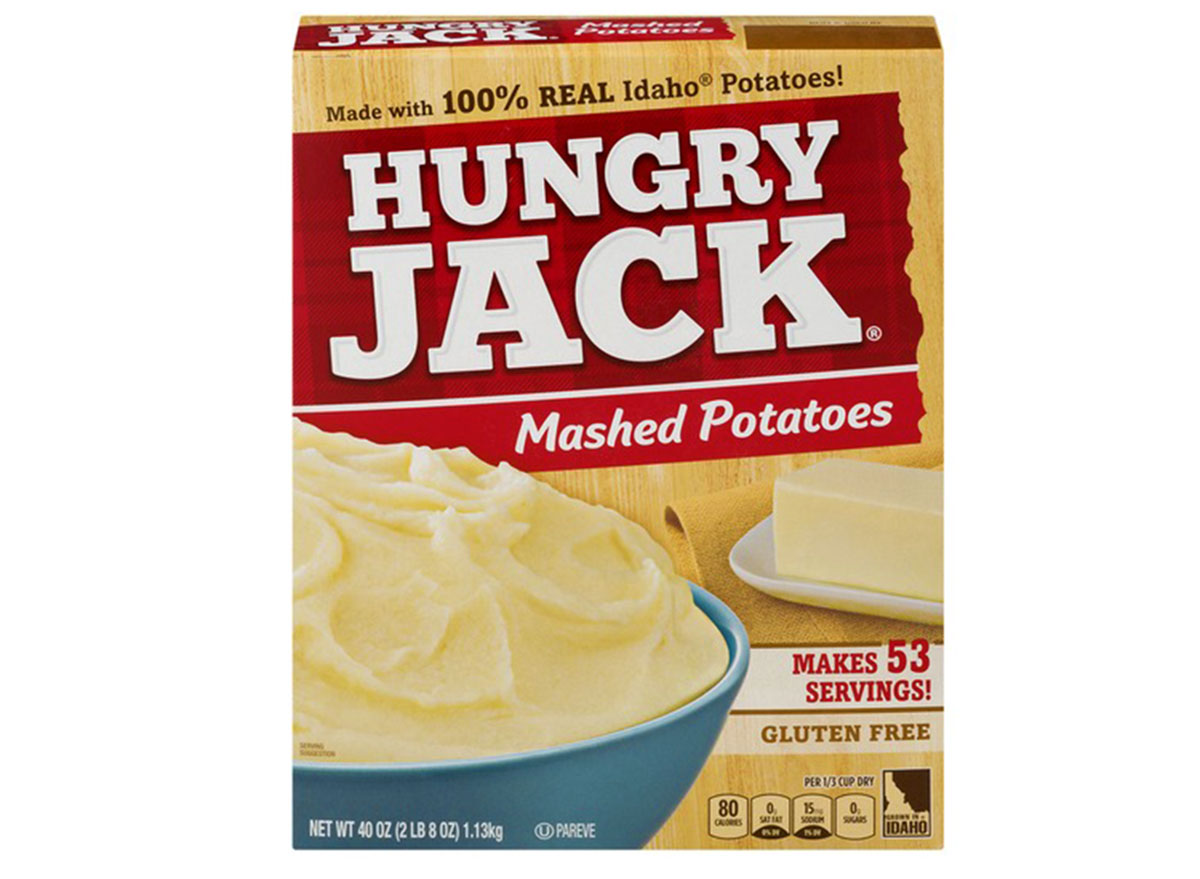 Hungry Jack's instant mashed potatoes had a gummy texture, which we didn't go crazy for. However, taste-wise, it was butterier than other brands, which granted this pick extra points. It wasn't our favorite, but we can see this mix pairing well as a base for cheese, bacon bits, chives, and other toppings, as the flavor was subtle and not overwhelming. 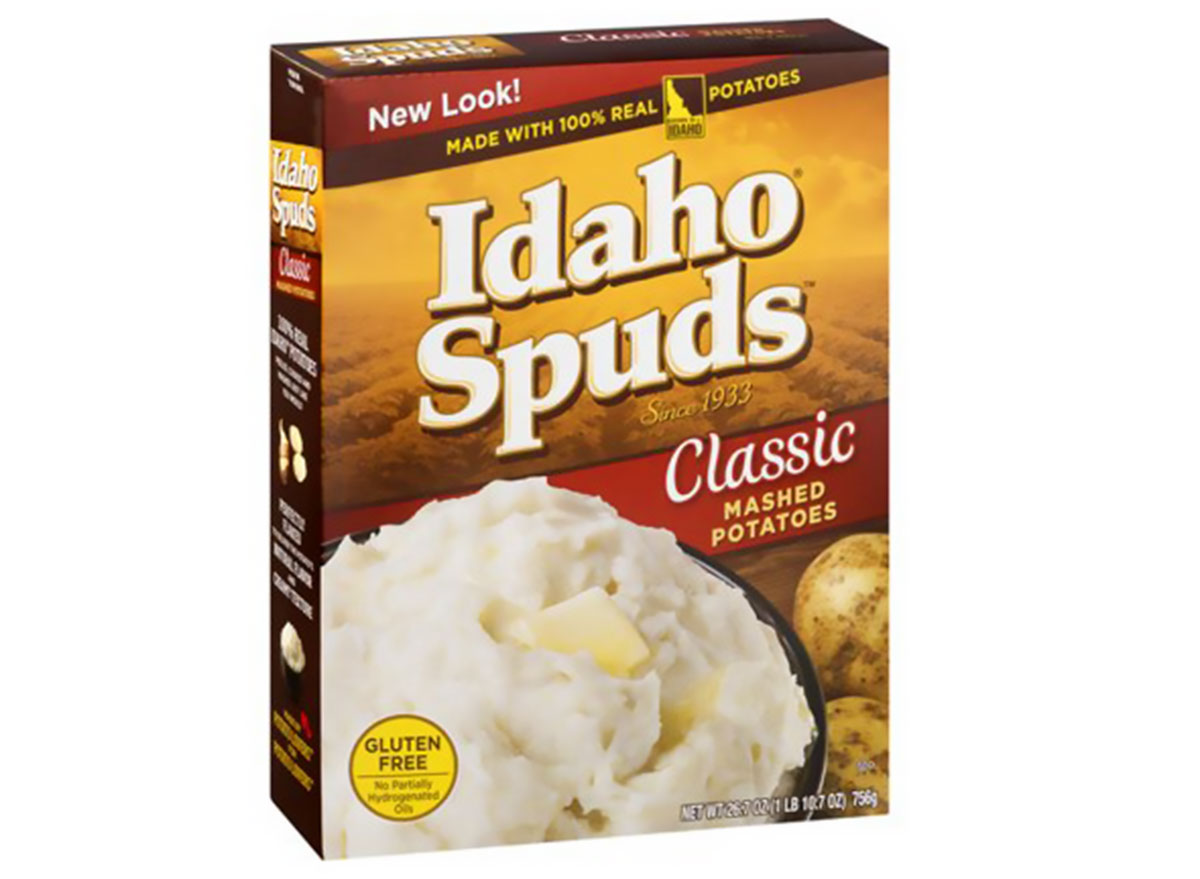 We liked that this mix was made up of thick flakes rather than a powder mess. This gave the side a chunky, natural consistency and look that satisfied with every bite. One of our taste testers said that Idaho Spuds' mix tasted like homemade mashed potatoes. It makes sense, because the brand has been bringing their harvest into boxed form since the 1930s! Whether you're prepping for a holiday dinner or just winging a weeknight meal, this option is a good choice. 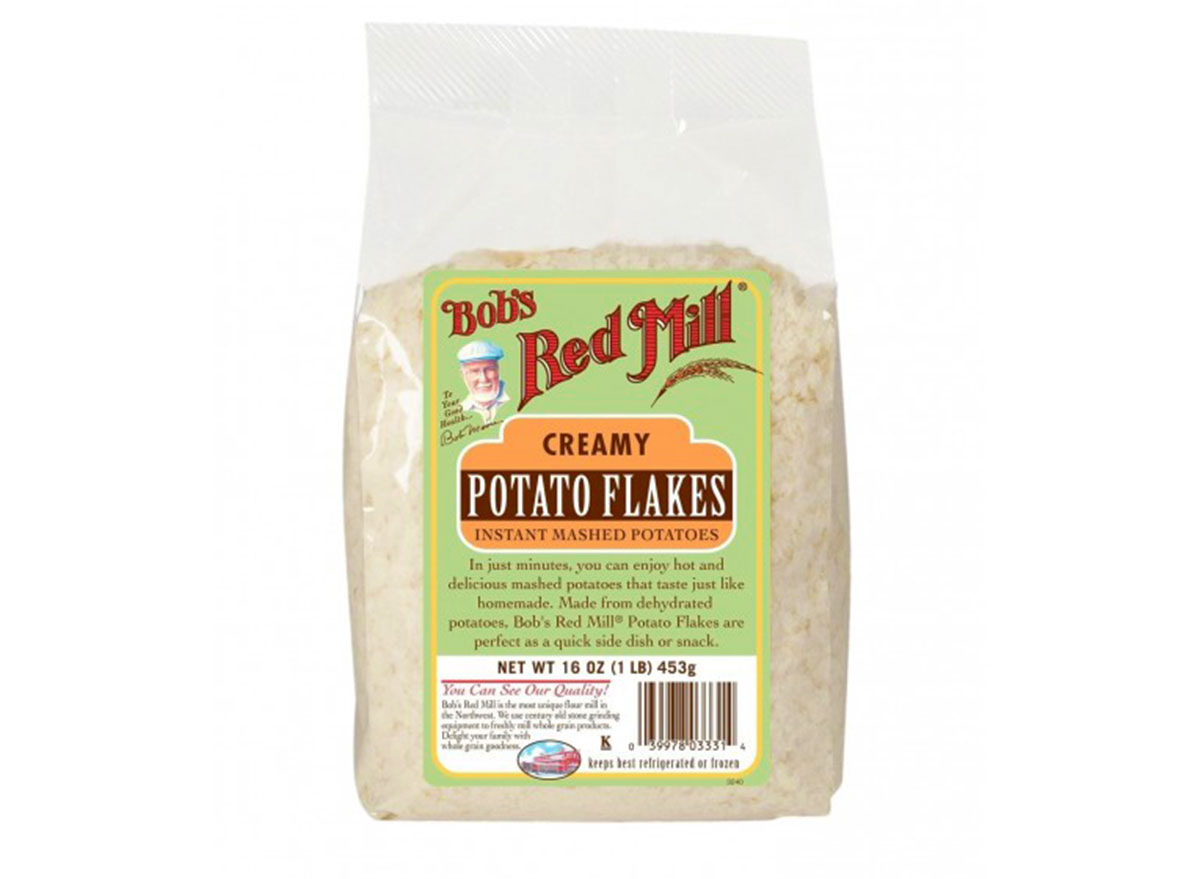 Unlike most of its competitors, Bob's Red Mill labels its instant mashed potatoes as "potato flakes." The transparent language speaks for itself: This mix is made up of only one ingredient: potatoes! That means you'll find zero artificial preservatives or additives that other brands sneak into their side dish. Bob's has a chunky texture that will hold up well to butter, minced garlic, and shredded cheddar, as well as a rich, potatoey flavor that kept our spoons dunking in for more. Our taste testers said, "It smells like a farm" and it "tastes just like my nana's!" If you're looking to impress your guests without putting in too much work, pair Bob's Red Mill Potato Flakes with the turkey this year, and get ready for some happy guests.