The Best and Worst Cream Cheese Spreads, According to RDs

When you're looking to smear some extra flavor on your morning bagel, you don't want to make the wrong choice.

There's no denying it: Cream cheese is a bagel's best friend. Yet, cream cheese can be pretty high in fat and calories when you consider how much you really do lather on both halves of your bagel. (I for sure dip my knife into the container a couple of times!)

So, you could be turning your bagel, which already isn't the healthiest breakfast option out there due to its high carb intake and lack of protein, into a major diet disaster. And that's all at your first meal of the day. Even if you're choosing to spread the cream cheese instead of a healthy slice of whole wheat or grain toast, you still want to make sure you're choosing the right cream cheese. That means choosing the spread that is the most nutrient-dense option on the market, avoiding those that may be of lesser quality.

To help you make the right choice during your next grocery store run, here are the best and worst cream cheese spreads, according to dietitians. And while you're at it, be sure to stock up on The 7 Healthiest Foods to Eat Right Now. 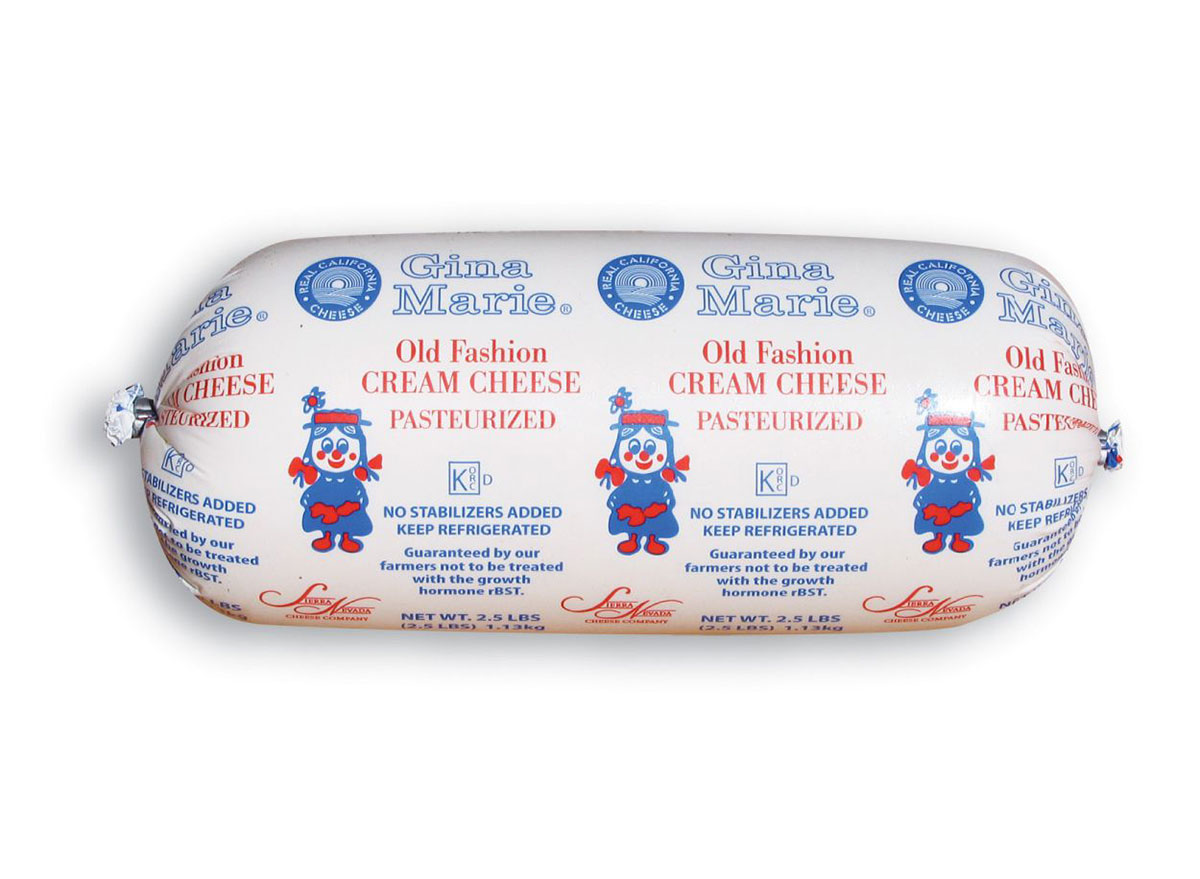 Fun fact: this artisanal cream cheese has been made the same way for over 50 years in Northern California.

"The taste alone is enough to make you want to put this at the top of your cream cheese list, however, when it comes to a healthy formulation, this cream cheese may just be the best," says Trista Best, MS, RD. It is made by slow-turning cultured milk, cream, and salt and there are zero added fillers, gums, or stabilizers. "If all this wasn't enough, it is prepared the traditional way through the use of a muslin bag," Best adds. 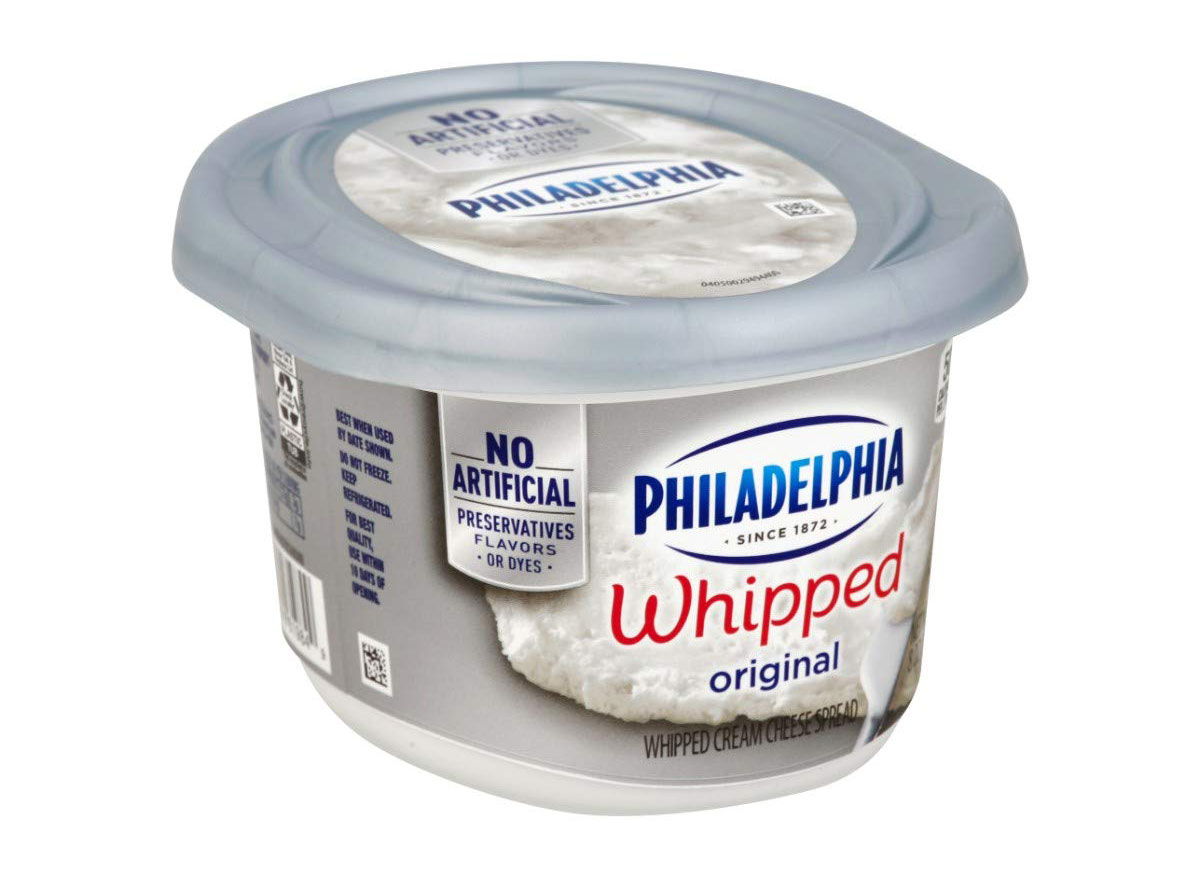 This spread is a classic, and it really does deserve a ranking toward the top of the best cream cheese spreads list.

"The whipped nature of this particular spread significantly reduces the calories, fat, and sugar per serving," explains Best. Plus, "the texture is something to be desired as well, by whipping their spread it becomes light and fluffy which allows it to spread easily," she adds. 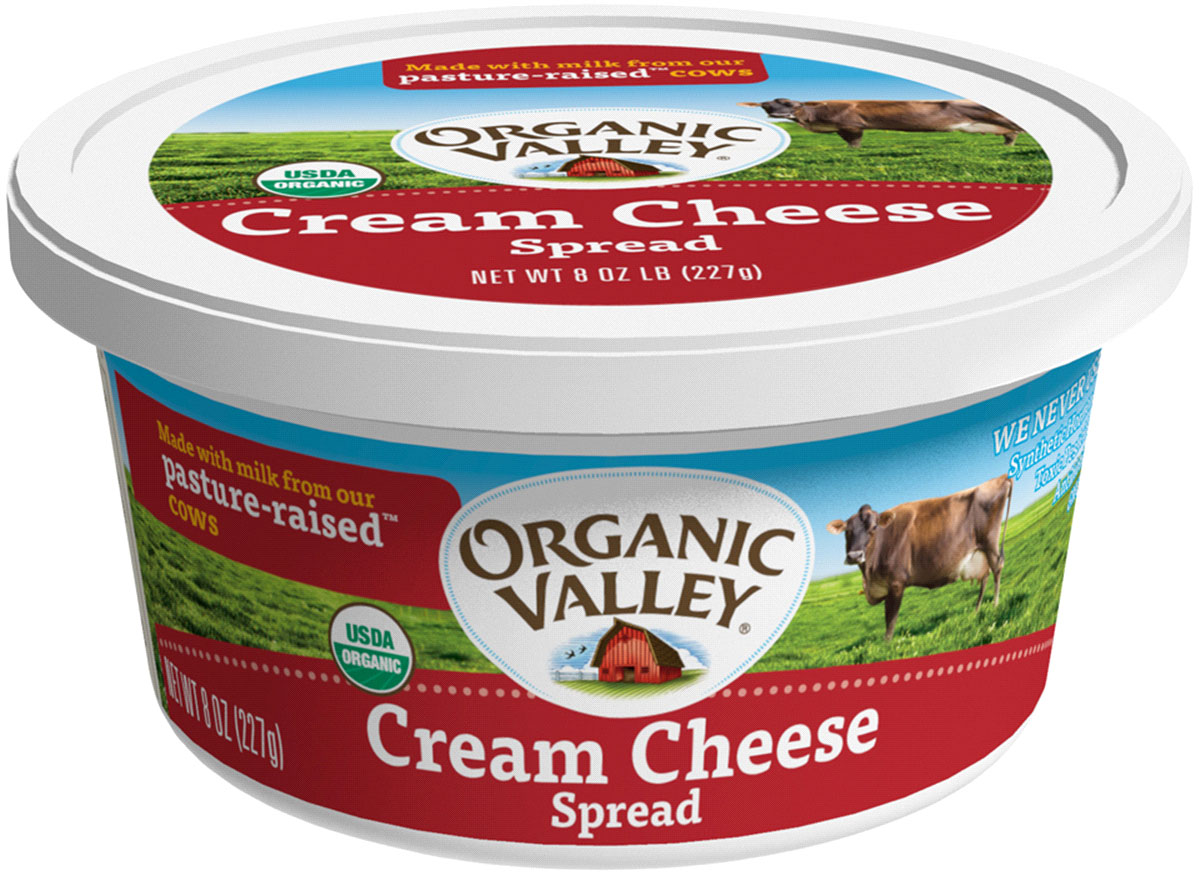 An organic option is always appreciated and this particular spread has earned its ranking in taste, texture, and health.

"It is manufactured using milk from pasture-raised cows and formulated without synthetic hormones, antibiotics, GMO's, or toxic pesticides," says Best. And it's surely yummy! 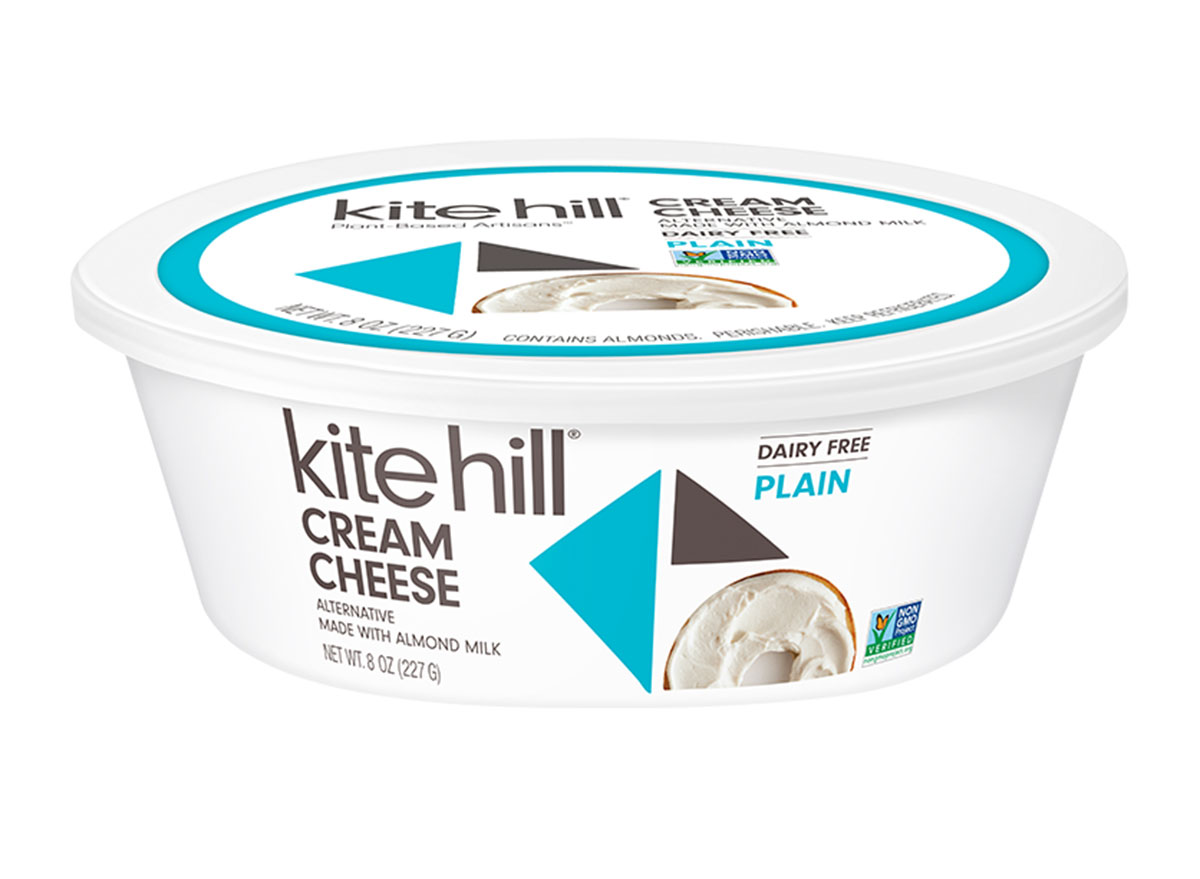 "This creamy spread contains good-for-your gut probiotics thanks to its live and active cultures. If you're trying to avoid GMO's, artificial flavors or preservatives, and GMO's, this vegan spread fits the bill," says Lyssie Lakatos, RDN, CDN, CFT.

It's also ideal for anyone who has dairy, soy, or gluten allergies, as it's free of them. 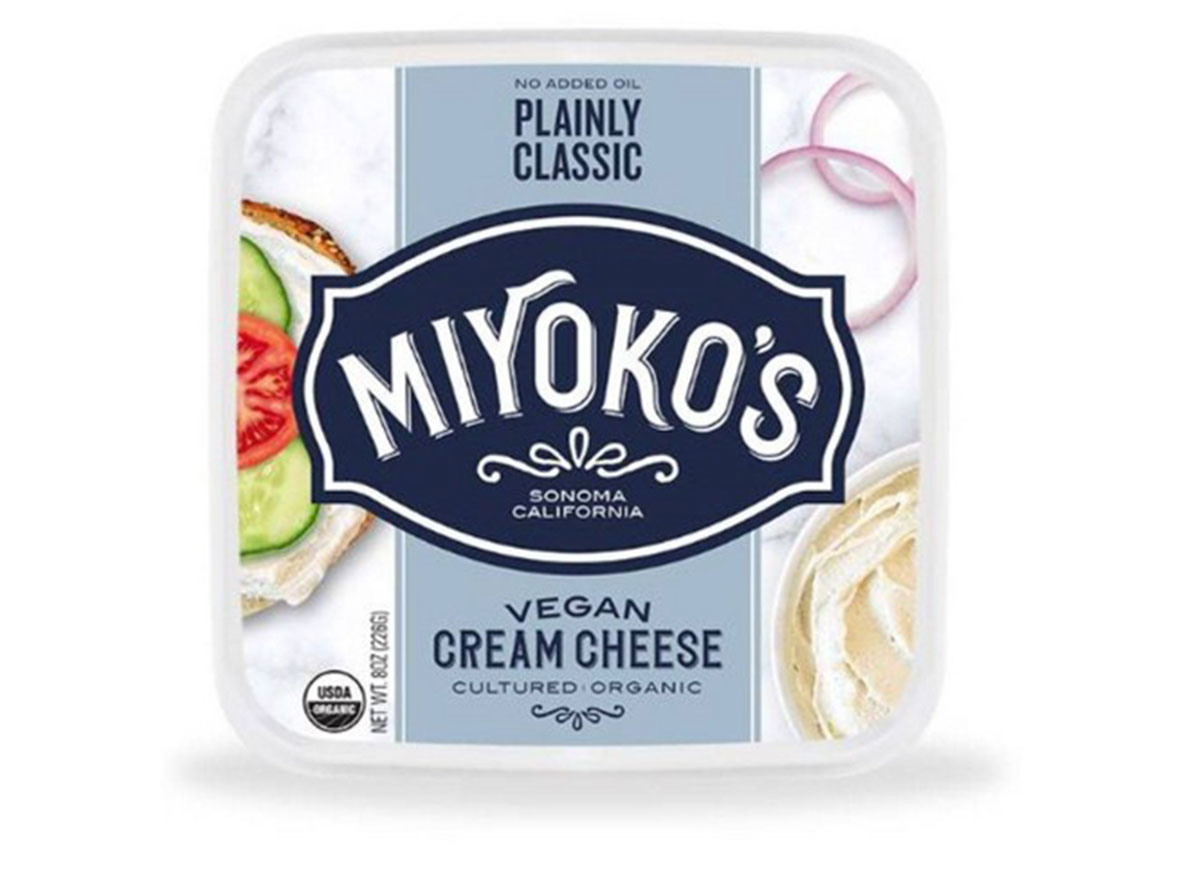 This thick and delicious organic cream cheese is made with organic cashews and boasts three grams of plant-protein per serving.

"It's soy, gluten, and lactose-free, so it's perfect for vegans as well as people with allergies or food sensitivities," says Lakatos.

And now, the worst. 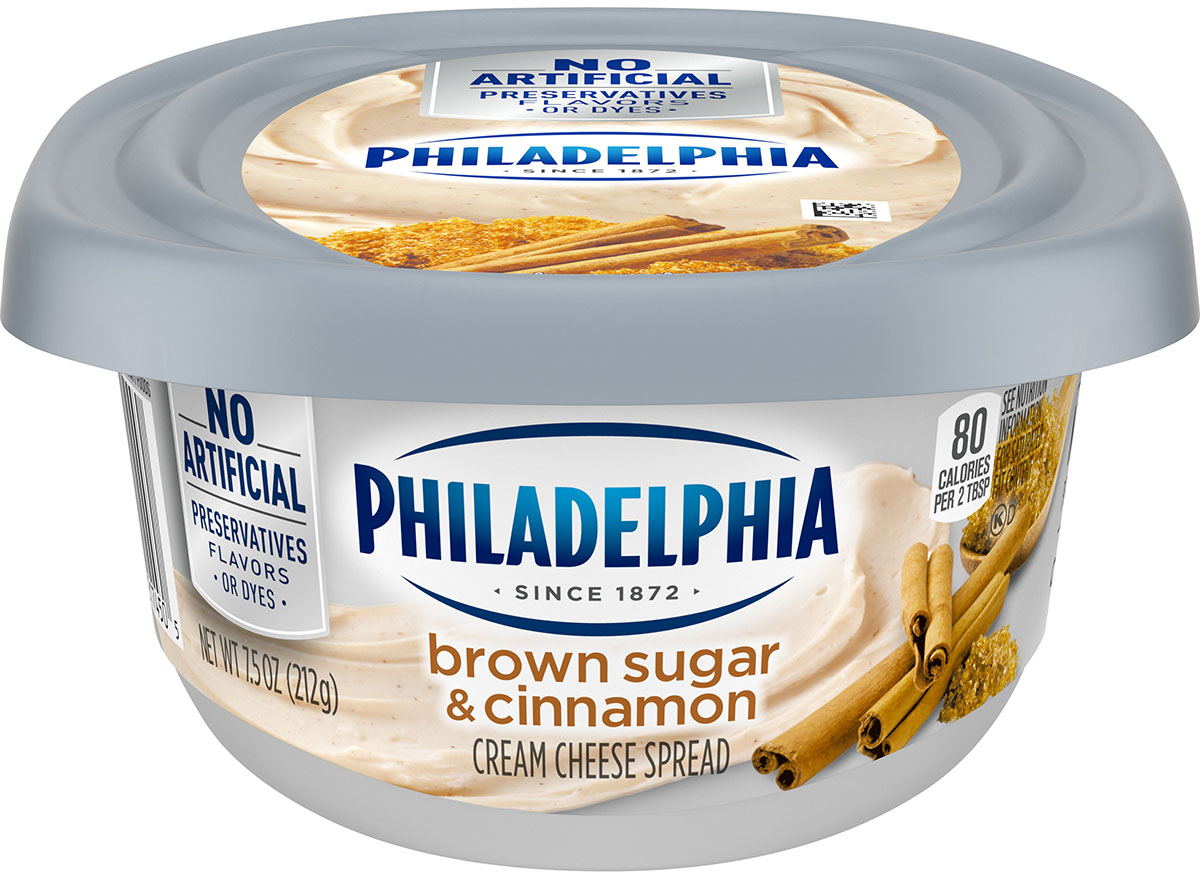 This Philadelphia cream cheese is likely a go-to for its tasty flavor, but unfortunately, when it comes to health quality, this one takes a back seat. That's thanks to its higher fat and added sugar content.

"Along with these unwanted excess ingredients, it also requires more added fillers and gums to give it the taste and texture most desire," says Best. 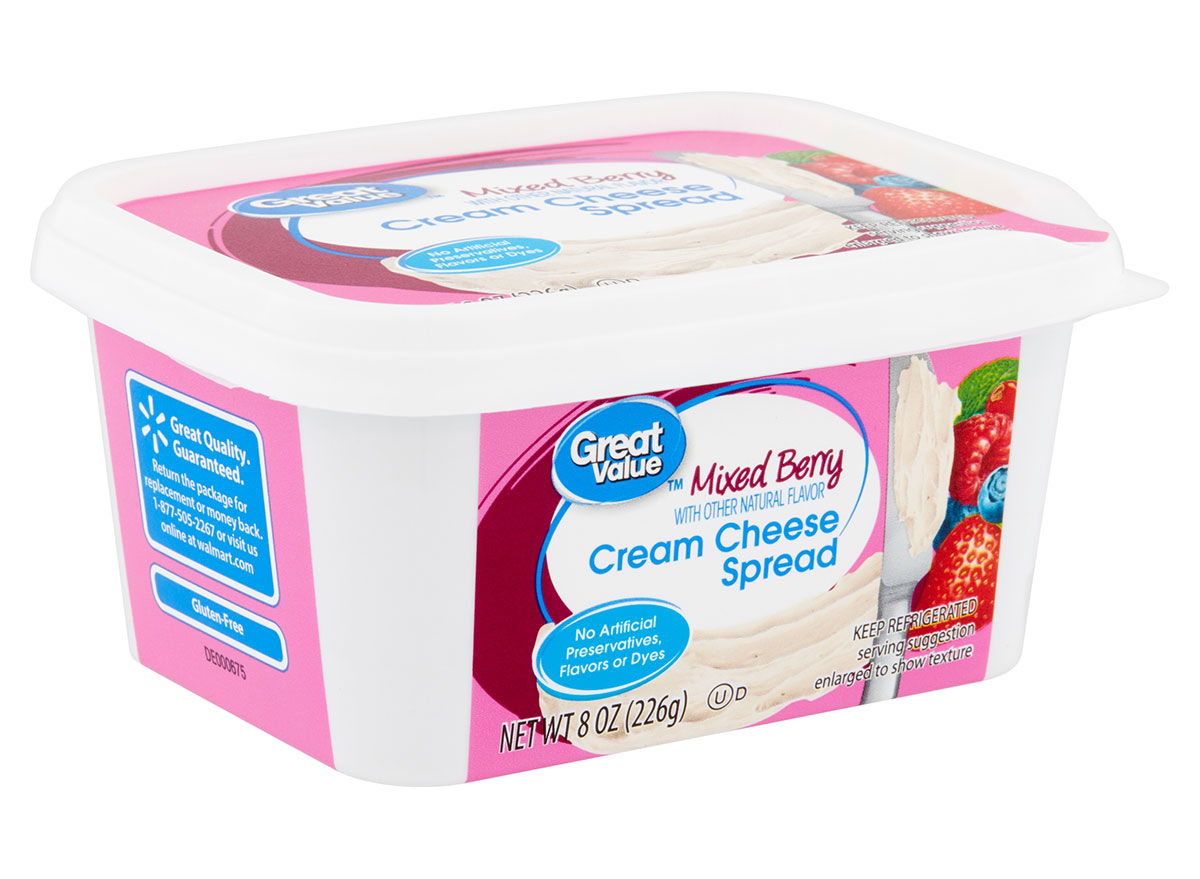 The Walmart variety of cream cheese spreads does sound tasty on the surface, but one bite will change your mind.

"The taste and texture leave a lot to be desired and aren't helpful in the health department either," says Best. "The taste of artificial sweeteners leaves an after-taste in your mouth that will leave you regretting your choice for a while." Noted! 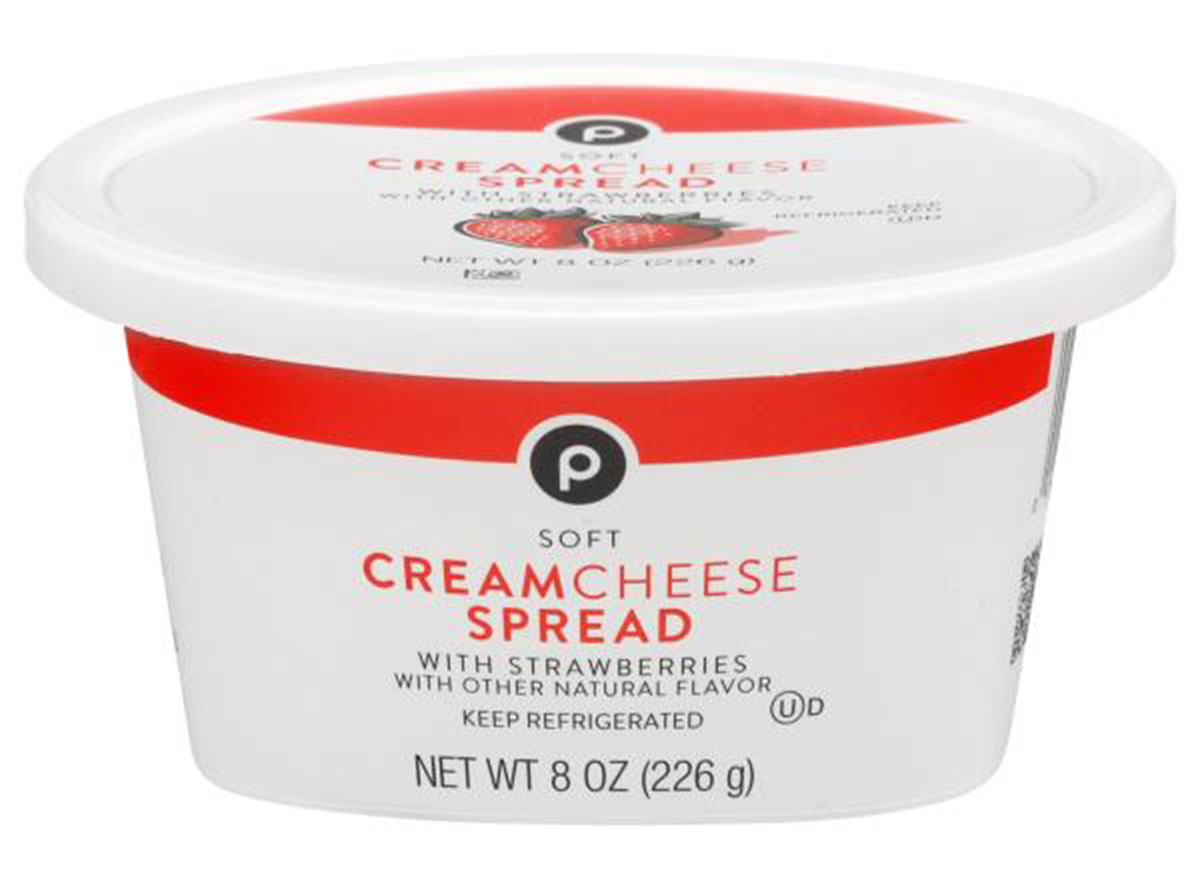 With 25% of your daily saturated fat quota in one serving, it's easy to see why this cream cheese ranks among the worst.

"Heart disease is the leading killer in this country, and foods like this that are high in saturated fat contribute to heart disease. It's also highly processed and contains chemicals to extend the shelf life as well as controversial artificial colors," says Lakatos. The spread is packing three grams of added sugar too, and many cream cheese spreads are free of added sugar. 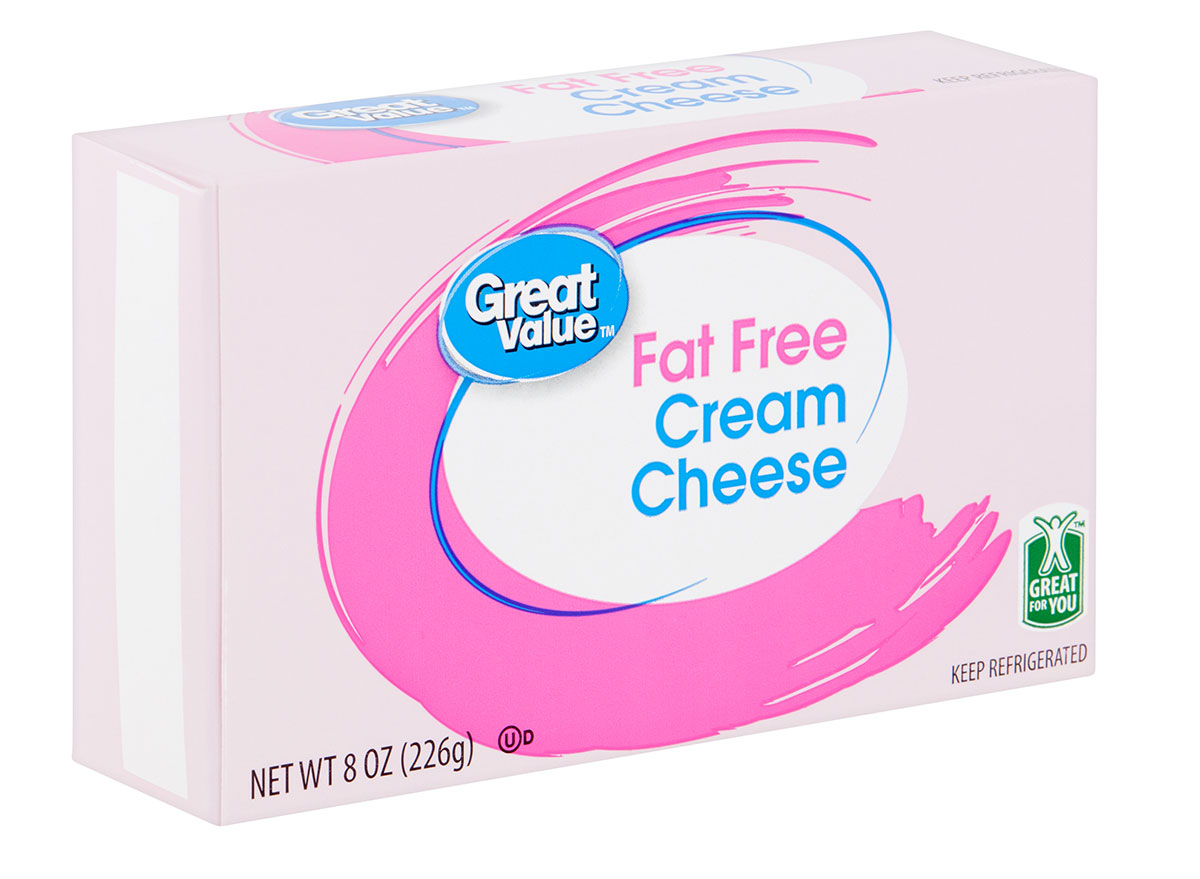 "Great Value fat-free cream cheese may clock in with less calories, but instead of real ingredients, its skim milk base is mixed with preservatives, controversial carrageenan, added colors, corn syrup, and more," says Kelly Jones MS, RD, CSSD, LDN. So, ditch it and go for something with more nutritional value and fat without all this junk!