McDonald's announced some shocking news today. The Big Mac has a little and big brother. Meet the Little Mac and Double Big Mac.

Starting tomorrow, you can head to your favorite fast food restaurant and sample from one of two new Big Mac variations, but only for a limited time. The Big Mac is no doubt one of the most popular McDonald's menu items, so it makes sense why the fast-food giant would try and make a spin-off of a classic. We thought we'd take it a step further and compare the Big Mac's nutrition label to that of the Little Mac and the Double Big Mac. 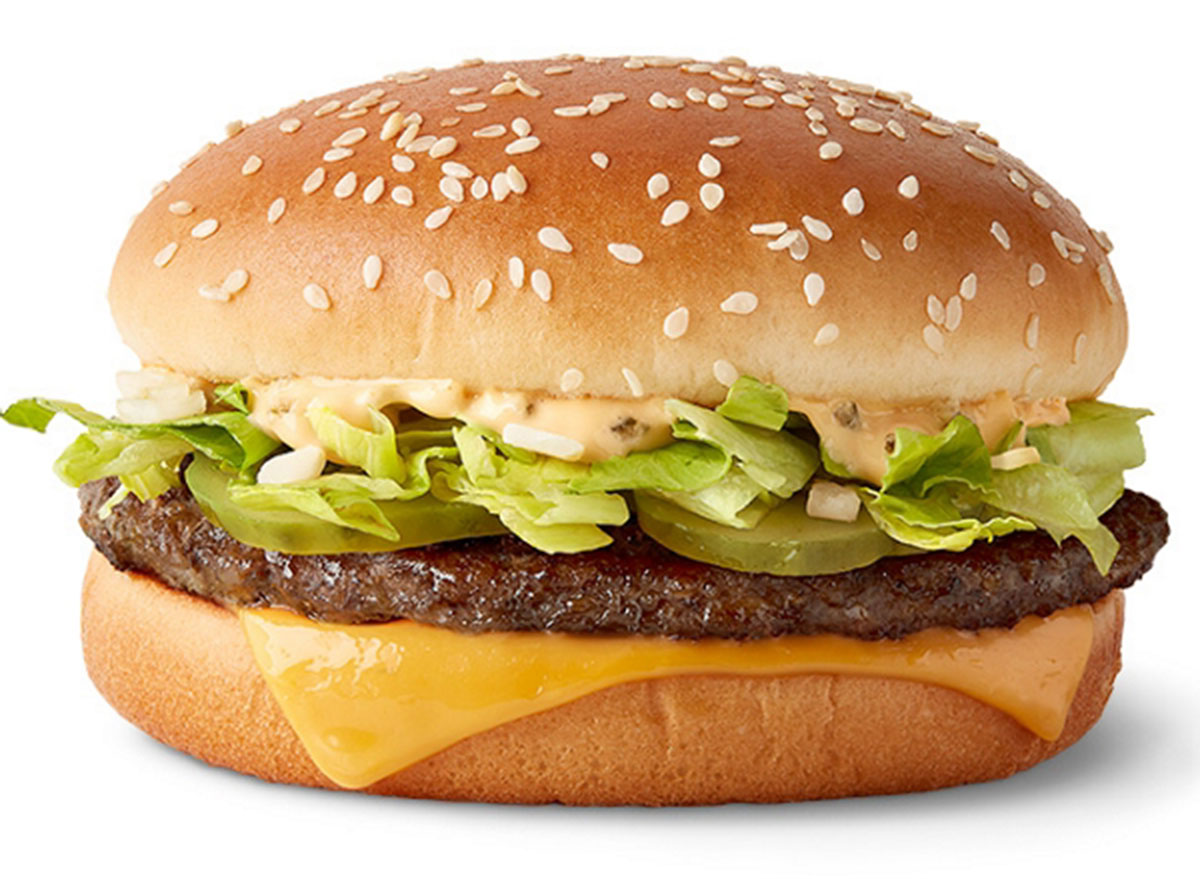 Equipped with just one beef patty, the burger still packs all of the ingredients the Big Mac boasts, just less of them. This would be a solid choice for anyone who is looking for a sandwich that's drizzled with McDonald's special Big Mac sauce but doesn't want to consume all of the calories or fat that's in a regular Big Mac.

Still, the Lil Mac still packs almost 850 milligrams of sodium. For context, you'd have to eat 28 of Snyder's Thin Pretzels to level up to the Little Mac's sodium content. However, it's definitely the healthier option among the bunch.6254a4d1642c605c54bf1cab17d50f1e 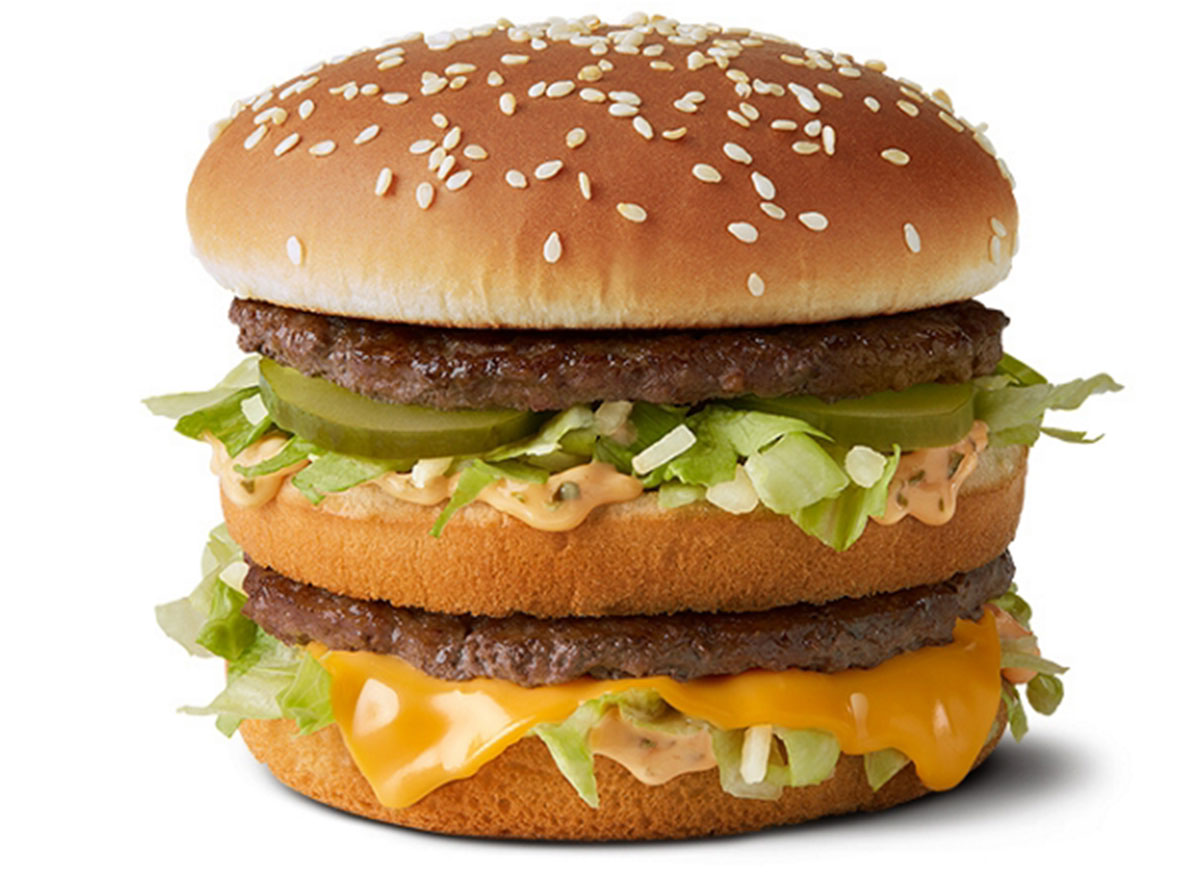 Our beef with this sandwich? It contains 10 grams of saturated fat, which, according to the Cleveland Clinic, is nearly half of the maximum amount of saturated fat you should eat in an entire day. It also contains over half of the recommended dietary allowance of sodium.

At least it's better than the Double Big Mac. 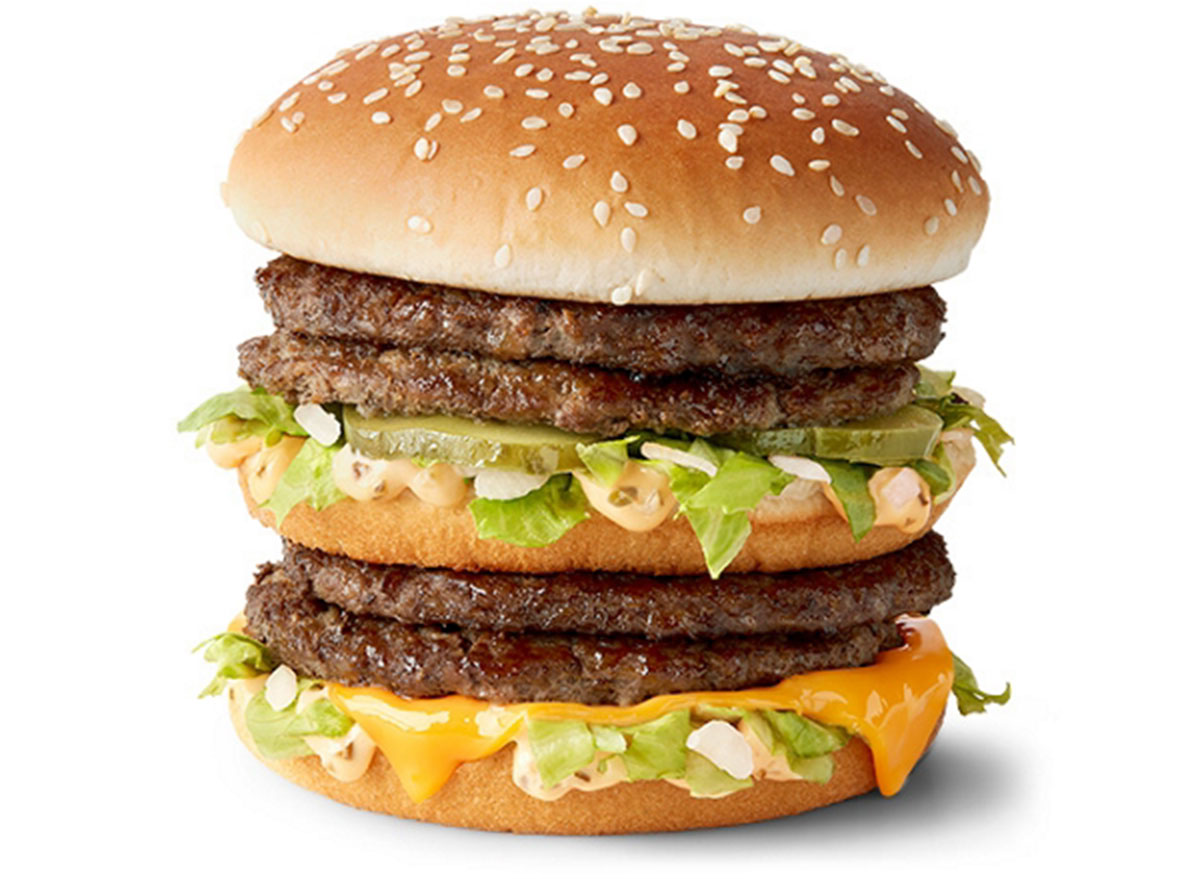 Stacked with four beef patties, this burger has nearly 40 grams of protein—but that's not necessarily a healthy thing.

Your body cannot even properly metabolize 38 grams of protein in one sitting. In a former article, Gabrielle Mancella, a registered dietitian at Orlando Health, said, "Excess protein consumption in roughly amounts greater than 30 grams per hour are not stored."

Excess protein is just excreted through urine and those extra calories are just stored as fat, so you're better off eating the regular Big Mac over this one. Not to mention, the sodium content surpasses the recommended dietary allowance of 2,300 milligrams per day.

After seeing all of the Big Macs' nutrition labels, if you're going to tackle any of the sandwiches above for lunch, we only hope that it will be the Little Mac as it's the most sensible of them all. For more burger content, check out We Tried Every Burger at McDonald's—This Was the Clear Winner.