Who else remembers Libbyland dinners?

On those days when you can't imagine turning on the oven or chopping a single vegetable, frozen dinners can be a lifesaver. They're not usually the healthiest options, but when you just need a quick meal (or when you haven't been grocery shopping in a while), they're better than nothing.

And while plenty of frozen meals still line the grocery store aisles, there are some frozen dinners that are better left in the past. Here are some of the discontinued TV dinners you'll never see again—we can't say we miss them.

And for more throwbacks, check out these 15 Old-Fashioned American Desserts That Deserve a Comeback.

In the '70s, Swanson introduced these "international" TV dinners, with options like "German-style" and "Mexican-style" frozen meals. There was even an "English-style" fish and chips option, but we can't imagine frozen fish and chips being a tasty meal.6254a4d1642c605c54bf1cab17d50f1e

Another '70s invention, Libbyland Dinners were designed for kids, with fun names like Pirate Picnic and Safari Supper. These days, though, you'll find kids gravitating toward Kid Cuisine instead. 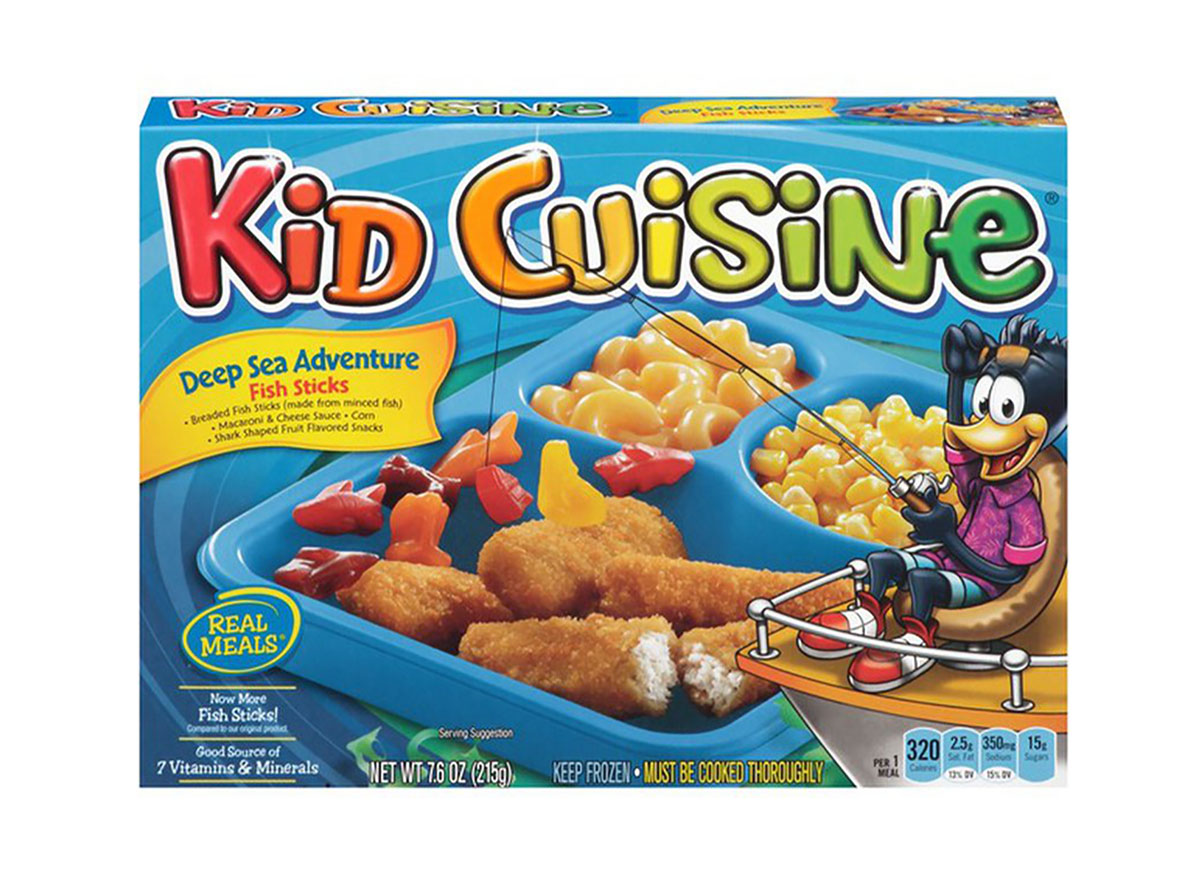 Speaking of Kid Cuisine, '90s kids will be happy to know that Kid Cuisine frozen dinners are still available today. But you won't find the fish sticks option in stores anymore.

This was one of the earliest Swanson TV dinner offerings back in the day. But the perfectly round serving of meat never looked appetizing.

We're not sure why this was stylized as "Chicken-N," or why anyone would find this appetizing. The peas and mashed potatoes didn't look good, but the real kicker on this meal was the tray of ambrosia salad, which you took off before heating the rest of the food.

And when you're cooking, don't miss these 52 Life-Changing Kitchen Hacks That'll Make You Enjoy Cooking Again.

Eat This, Not That!
Inspired by The New York Times best-selling book series, Eat This, Not That! is a brand that's comprised of an award-winning team of journalists and board-certified experts, doctors, nutritionists, chefs, personal trainers, and dietitians who work together to bring you accurate, timely, informative, and actionable content on food, nutrition, dieting, weight loss, health, wellness, and more. Read more
Filed Under
Dinner // Easy Recipes // Frozen Foods // Groceries // Shopping Tips