Yes, there are healthy options of these popular frozen foods—you just have to know what to buy!

How many times have you walked in the freezer section of the grocery store and scanned the many bags of frozen French fries that sit behind the frigid doors? You probably don't take the time to read the nutrition label because it's just too uncomfortable to stand there scanning it with the door propped wide open. The bag of frozen French fries, not to mention, is also too cold to cradle for more than a couple of seconds, so you're left wondering which brand is actually the best frozen French fries option.

Instead of running into this mess on your next grocery trip, consider referring to this ranking of the best and worst frozen French fries.

To determine the best from the worst, we chose to rank by sodium content, as that is often the greatest offender of the salty side. We used saturated fat and total fat as a tie-breaker when needed.

Now that you know the science behind our method, here are five of the best and five of the worst frozen French fries you can buy in the supermarket. 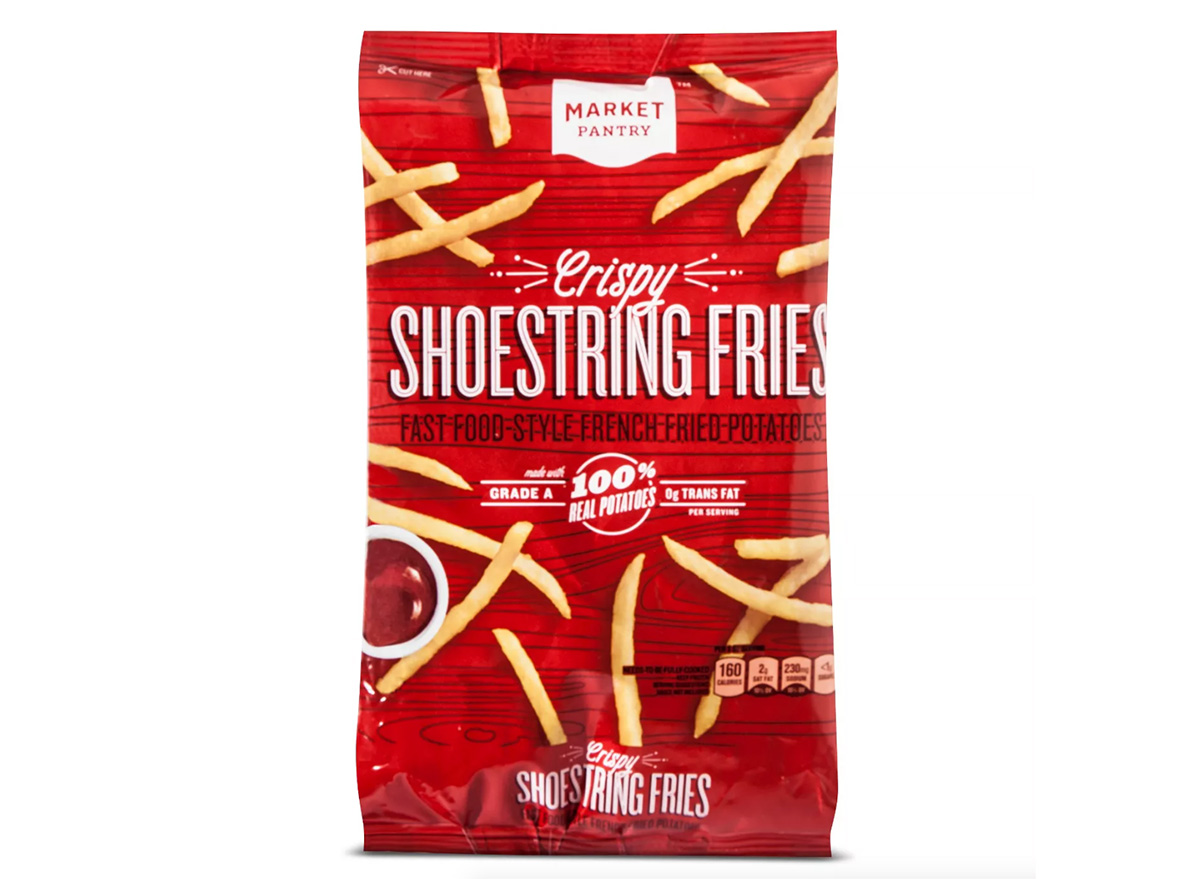 Target's very own line Market Pantry has it's own fast food-style French fries, and while relatively high in sodium, they're a better choice than some other competing brands. That is, considering you limit yourself to just one serving. The bottom line is that if you have the craving for classic shoestring fries but also want to save a couple of bucks and calories, this is a fine frozen alternative.

Do these fries make you feel as nostalgic as they do for us? Smiles are likely something that was a part of your favorite lunch in elementary school. In comparison with other frozen fries, they actually aren't that unhealthy for you with only one gram of saturated fat.

These aren't conventional French fries by any means, but we still thought they deserved a spot on this list. After all, sweet potatoes lend a whole different kind of flavor, as well as a wealth of nutrition. Alexia is a great brand in general for frozen foods. The organic sweet potato fries contain half the sodium of a typical serving frozen fries.

Nathan's Jumbo Crinkle Cut Fires are extremely low in sodium and calories, which is why they rank so high on this particular list. If you have a hankering for some salty French fries but need to watch your sodium intake, this is a great option to satisfy your taste buds.

Ding ding ding, we have a clear winner! French fries are supposed to be a side, right? So the less caloric and sodium-ridden they are the better. Cascadian Farm Organic Straight Cut French Fries only contain 15 milligrams of sodium, and you can eat 20 fries for under 75 calories. For context, a small box of McDonald's French fries packs 160 milligrams of sodium and clocks in at 230 calories. 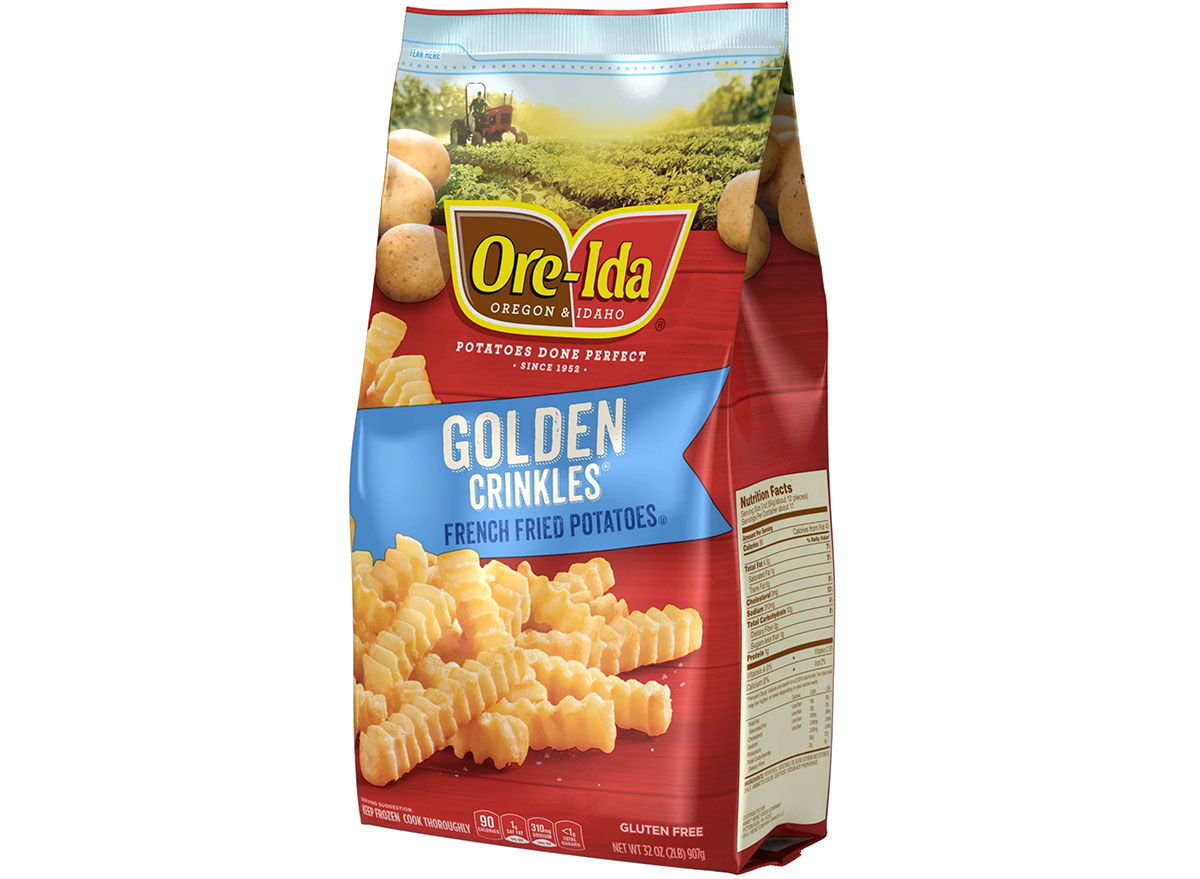 For just 90 calories, about 14 of these frozen French fries will eat up more sodium than what's in a 20-ounce bottle of Gatorade Lemon-Lime Thirst Quencher, which has 270 milligrams. Not the absolute worst, but also not one of the better options in the freezer aisle.

It's evident these fries are coated in a buttery batter, as just one serving packs 12 grams of total fat. With nearly 350 milligrams per serving, we'd recommend passing on this French fry if you can.

These fries remind us of Arby's curly fries, and while they're not nearly as salty—a small container of curly fries from Arby's has 940 milligrams of sodium—one serving costs you over 350 milligrams of the salty stuff. That's a lot for a food item that clocks in at just 150 calories. 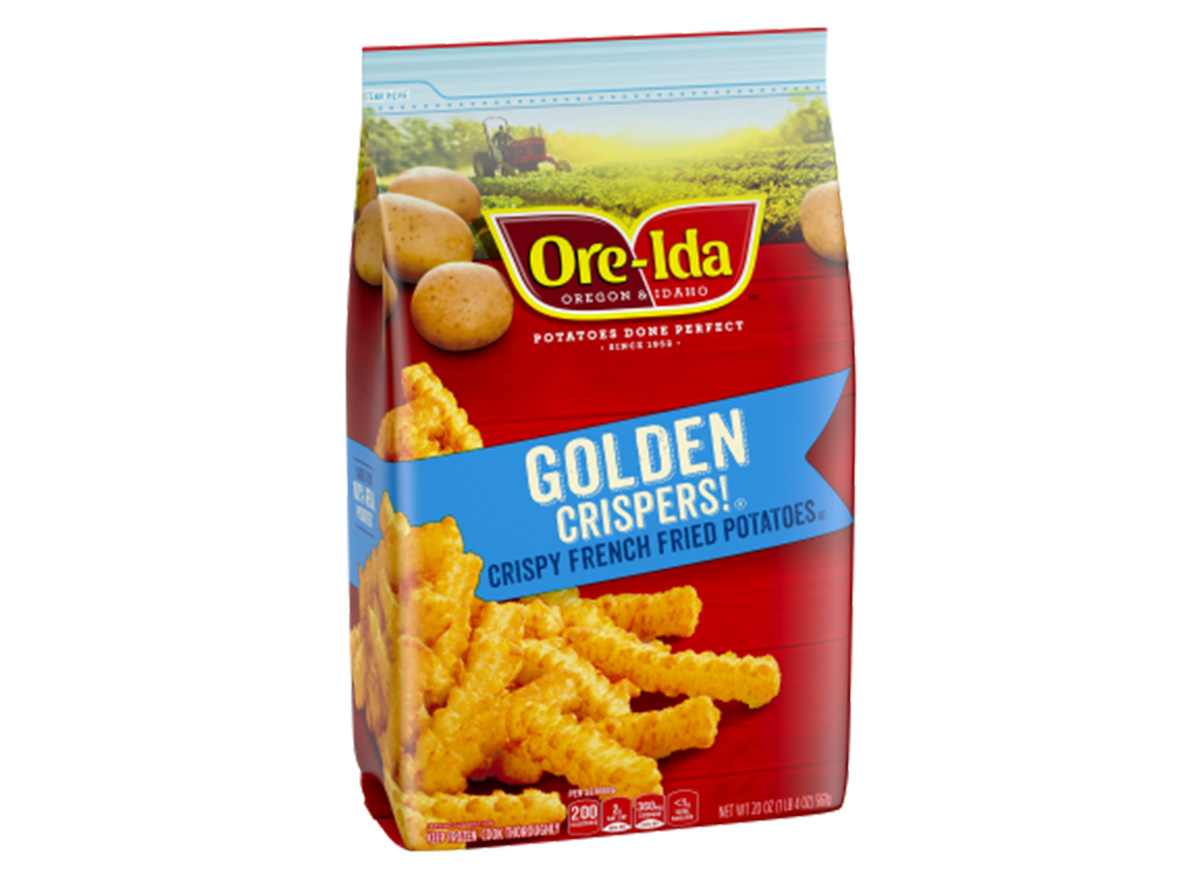 On the company website, Ore-Ida says "Our crunchy Golden CRISPERS! add a dash of fun and flavor to every meal." Um, more like add a dash of sodium to every meal? Also clocking in at 360 milligrams of sodium, we rated this bag of frozen French fries lower than the latter simply because it has almost double the total fat and double the saturated fat. 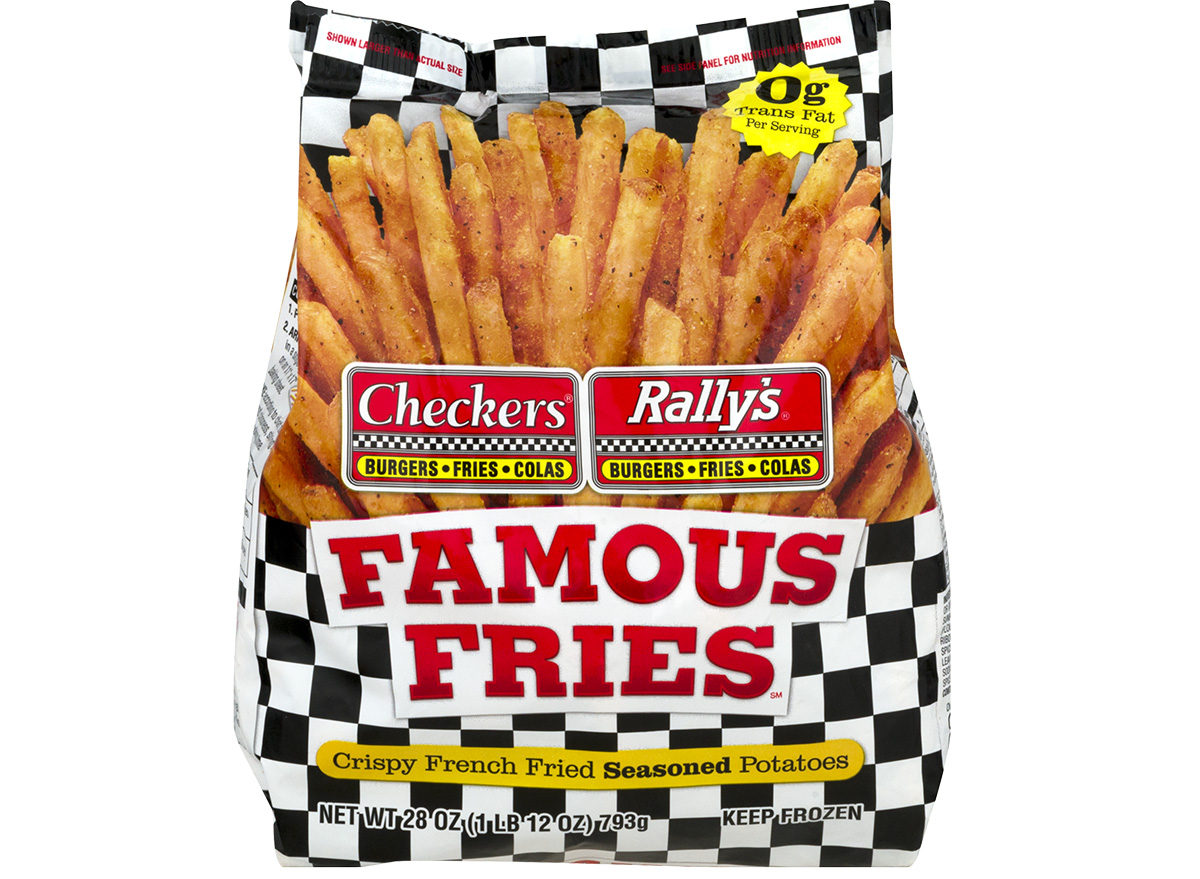 High in sodium and saturated fat and carbs, yet low in fiber? We will pass on these frozen French fries to avoid unwanted belly bloat.