The Best and Worst Menu Items at Little Caesars

We asked a registered dietitian to rank the entire Little Caesars menu so you don't have to.

Ordering pizza at Little Caesars doesn't have to take an unhealthy turn, as a registered dietitian breaks down the best and worst options available on the menu.

Ordering pizza from Little Caesars can definitely help when you need a quick food fix, as this popular pizza chain offers a variety of fast and fulfilling pies that won't break the bank. However, it's important to choose your pizza with caution at Little Caesars so that you don't also break your health goals with a ton of sodium, calories, and fat. To help you order the right items, we spoke to registered dietitian Summer Yule, MS, RDN, about the best and worst deep-dish, classic, and "Extramostbestest" pies available on the menu. She also weighed in on the chicken wings and side dishes you should choose (or avoid) the next time you are looking to indulge in a fast-food night. 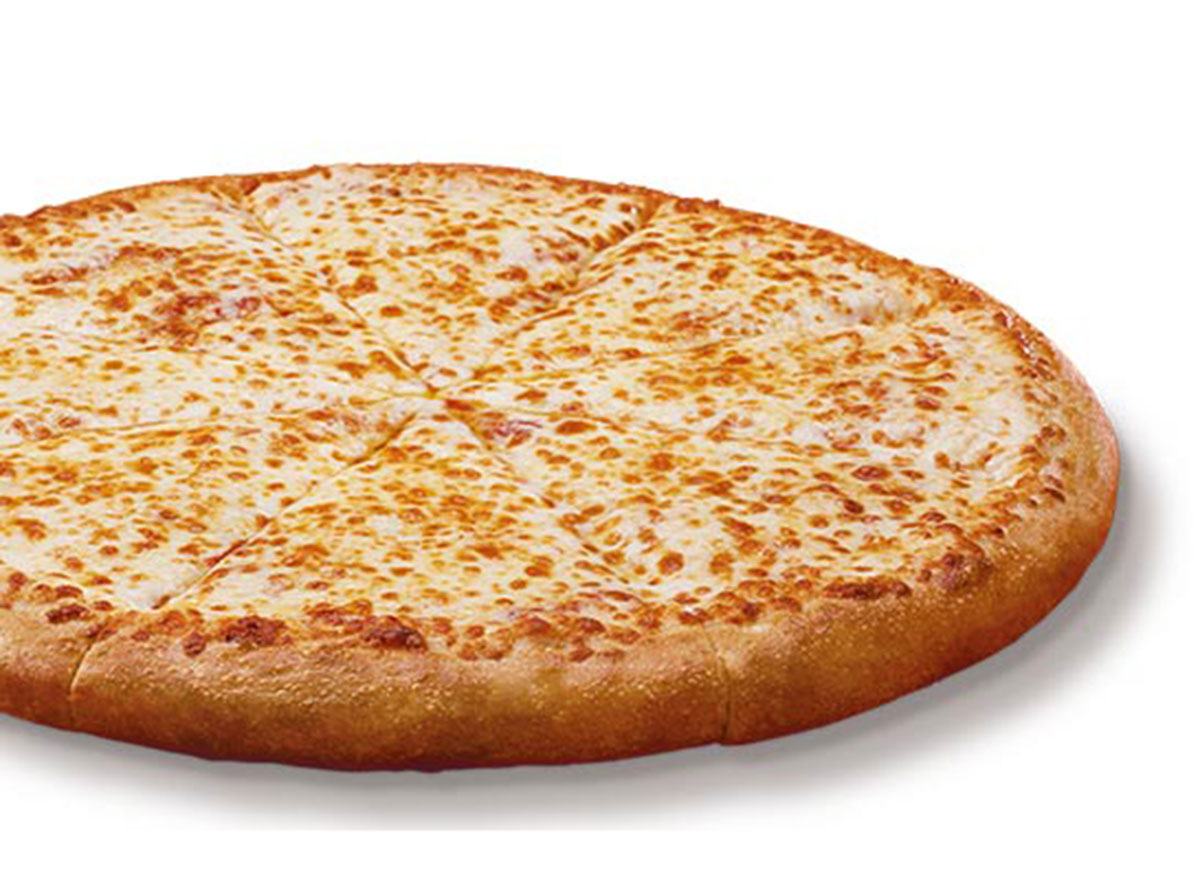 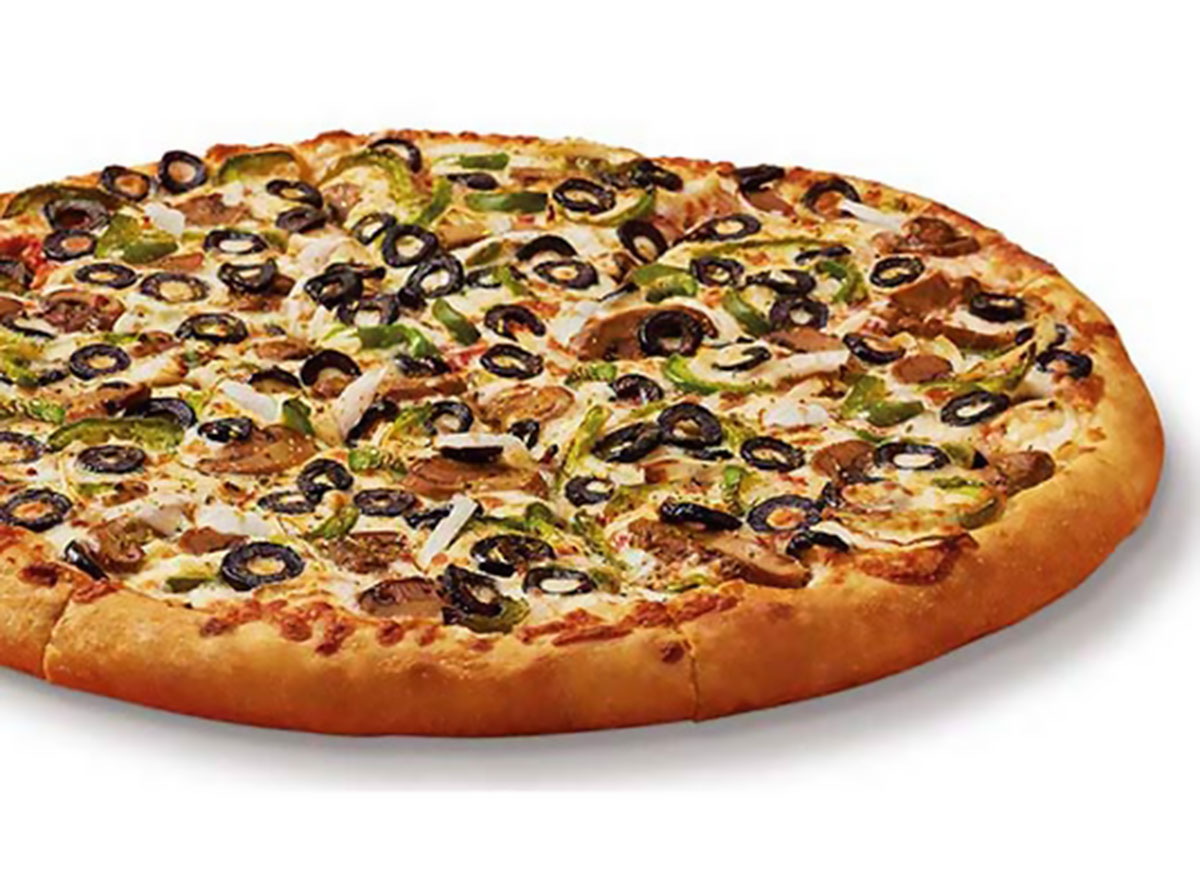 This pie is considerably higher in fiber than the other choices in the category, and as Yule explains, "This pizza is one of the few ways to get some vegetables in at Little Caesars." 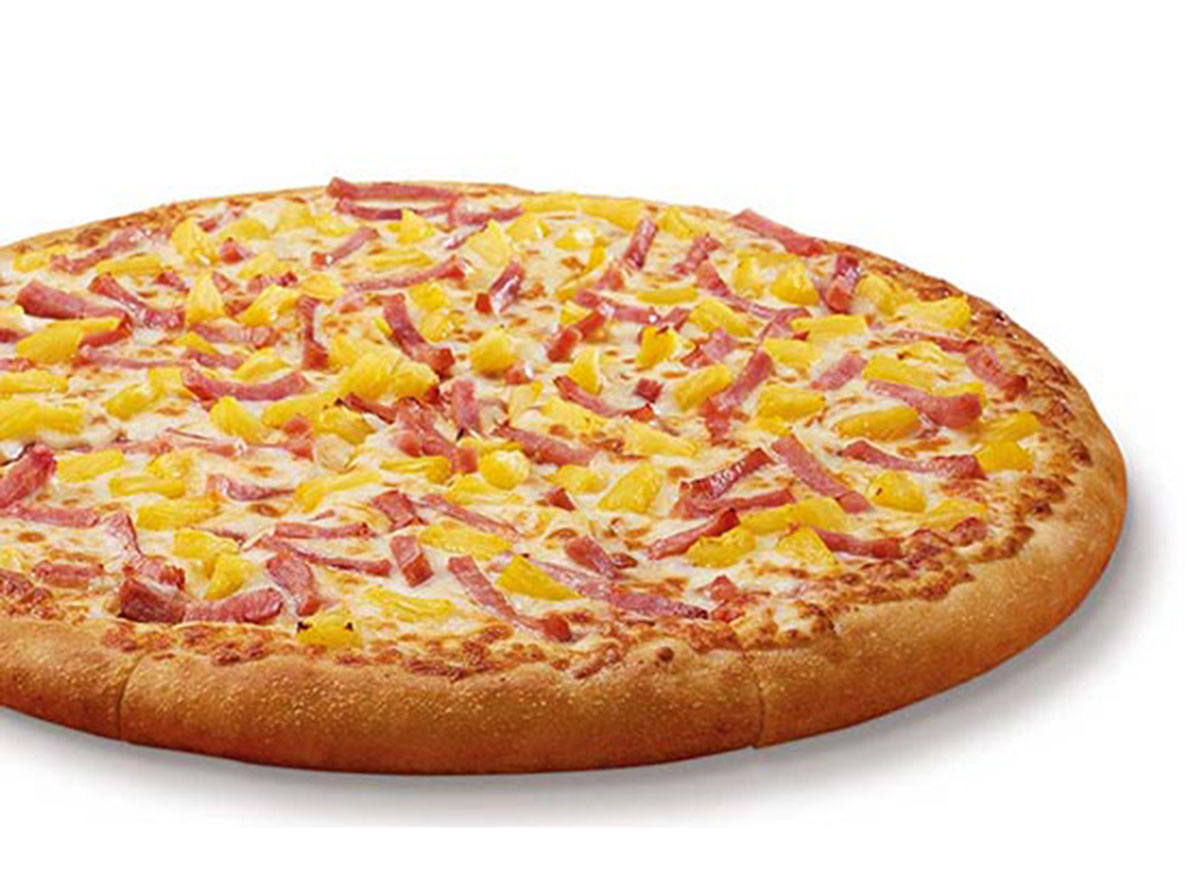 Out of all the pies featured in the Extramostbestest pizza line, Yule notes that this Hawaiian-inspired pizza is lowest in calories and saturated fat, and second-lowest in sodium (even though it contains ham). 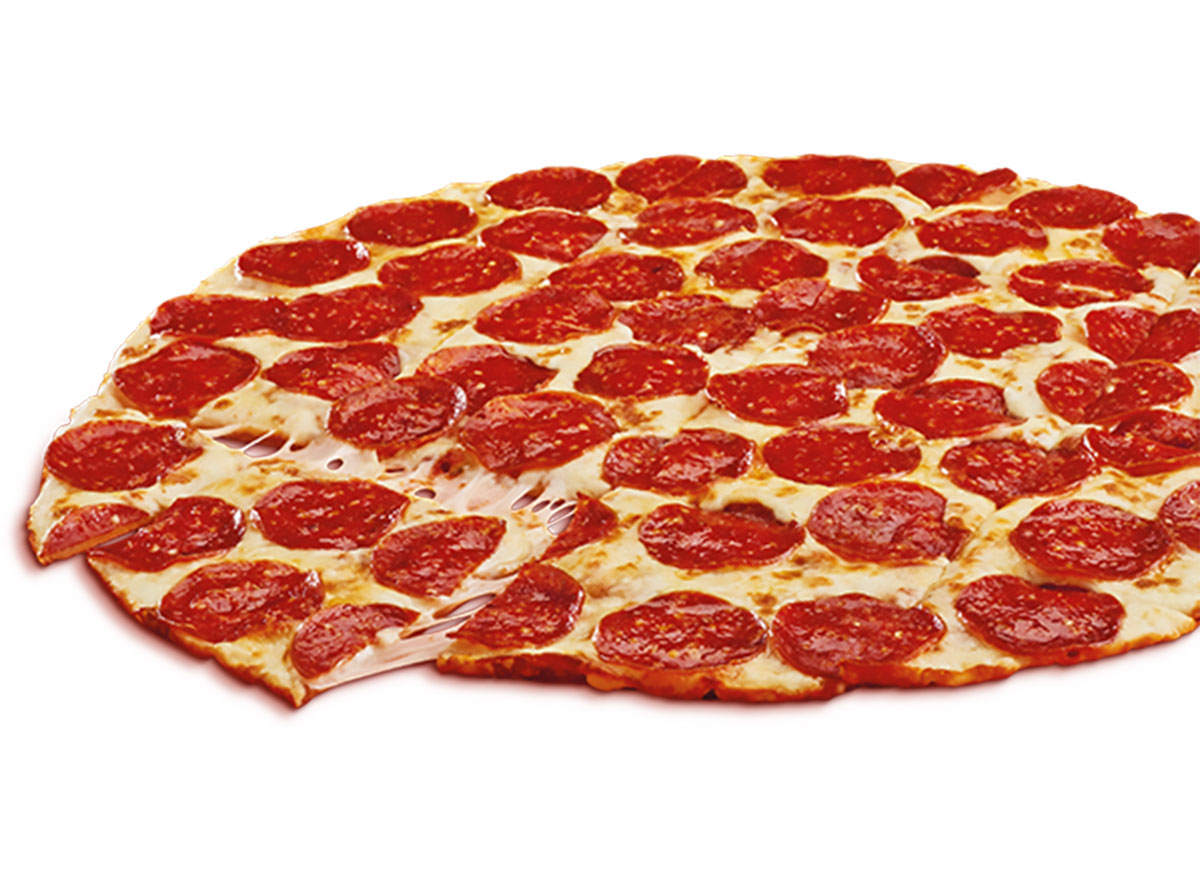 "If you would like a pepperoni pizza, Yule suggests that choosing the thin crust over all the pepperoni pizza options (classic, deep dish, and Extramostbestest) will save you up to 590 calories. 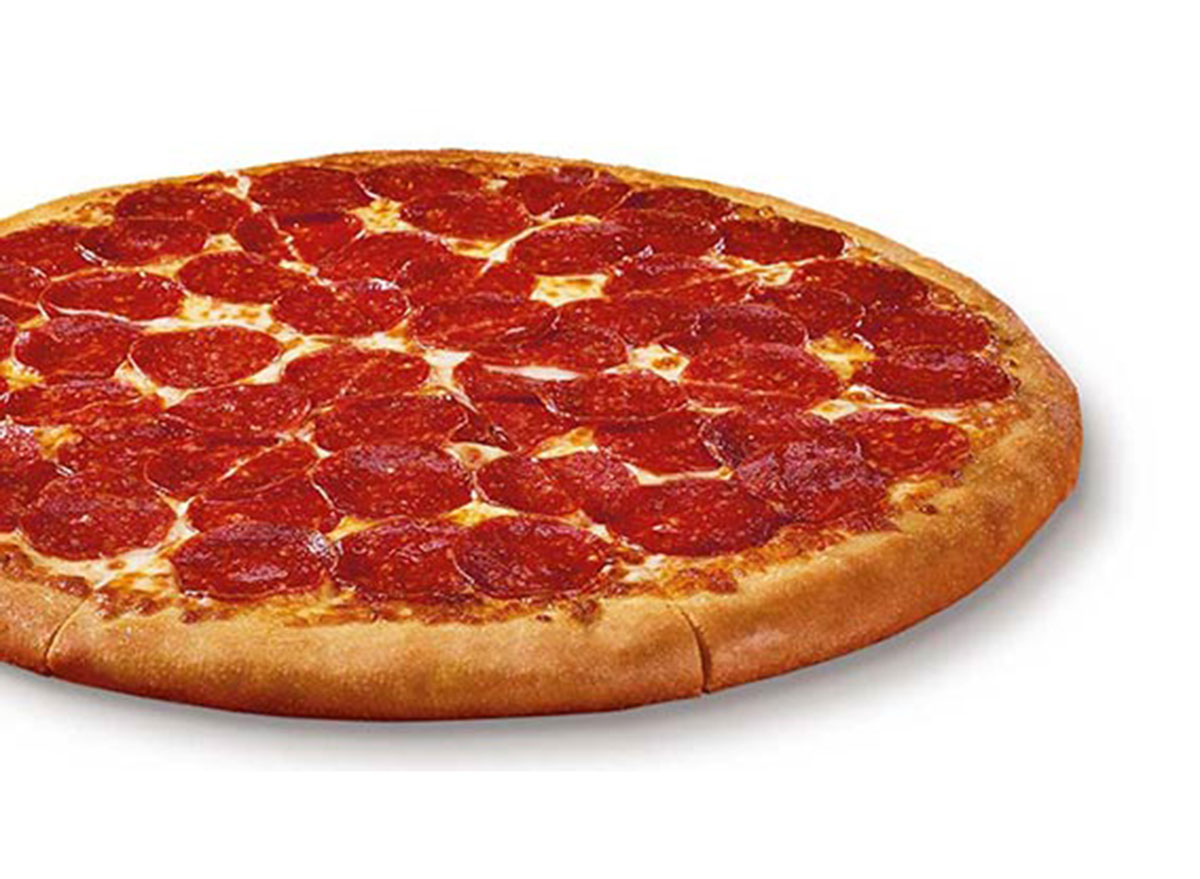 "The pepperoni pizza is the highest in trans fat out of the choices available in this Extramostbestest line," Yule says. 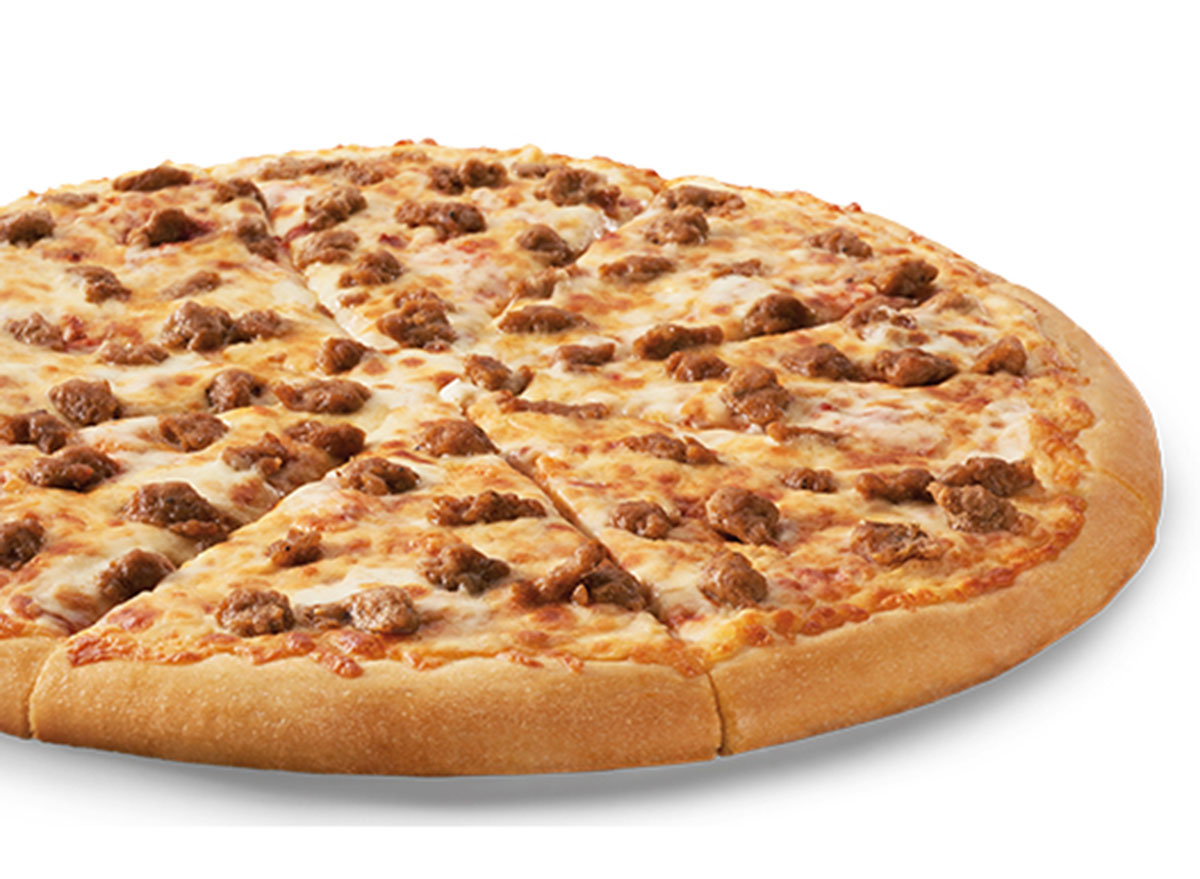 Another pie to avoid, Yule explains that this item is very high in calories, saturated fat, and sodium. 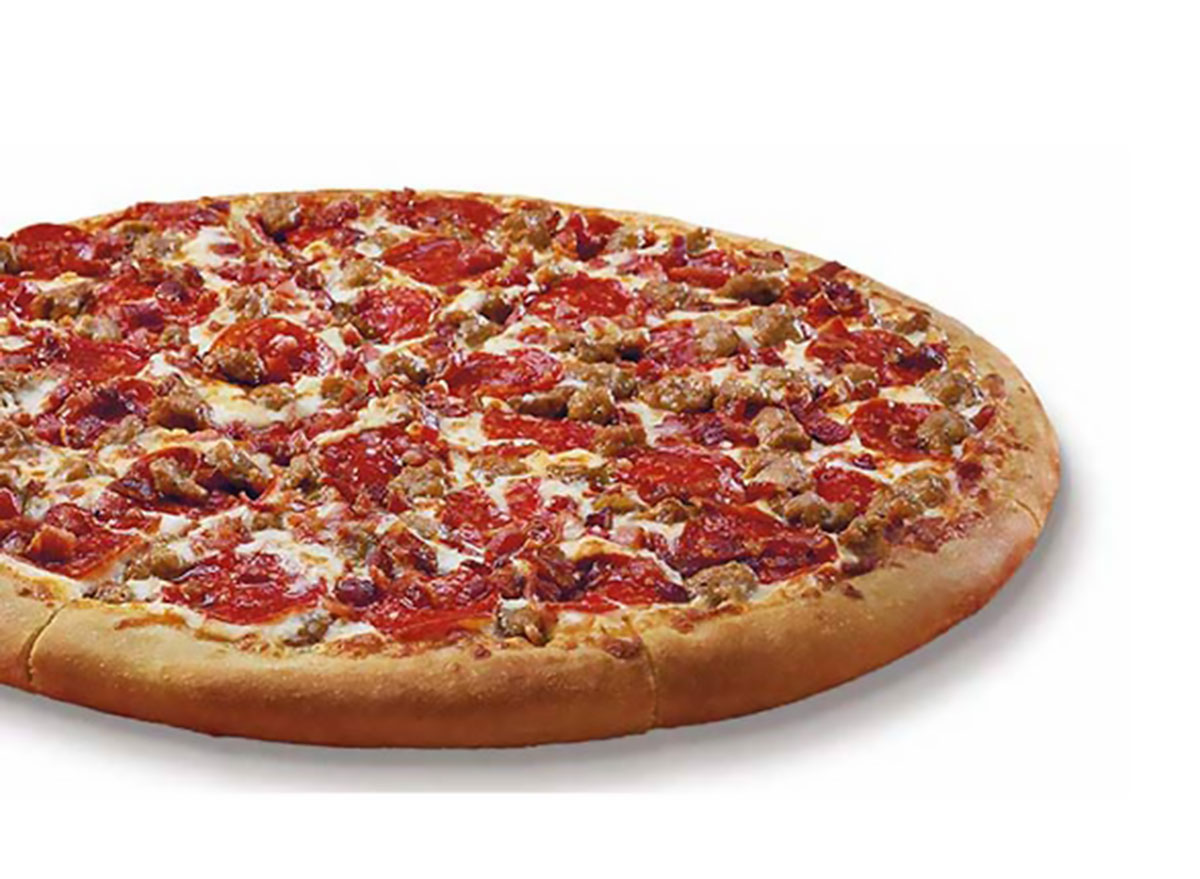 Of all of the pizzas available in the Extramostbestest line, Yule points out this pizza is highest in calories, sodium, and saturated fat. 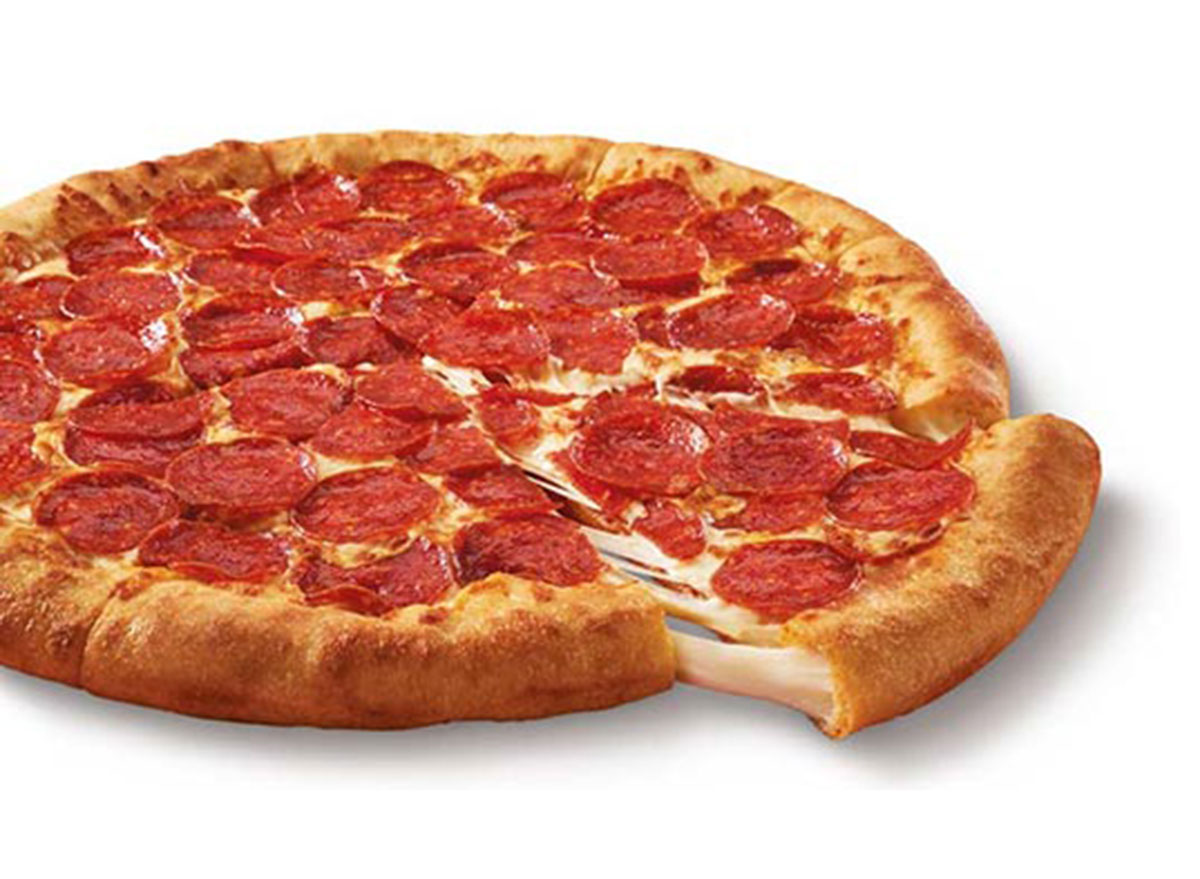 "Adding a stuffed crust tacks on an additional 560 calories and 1,610 milligrams of sodium to your pizza," Yule says. She advises skipping the stuffed crust and choosing the thin crust version instead. 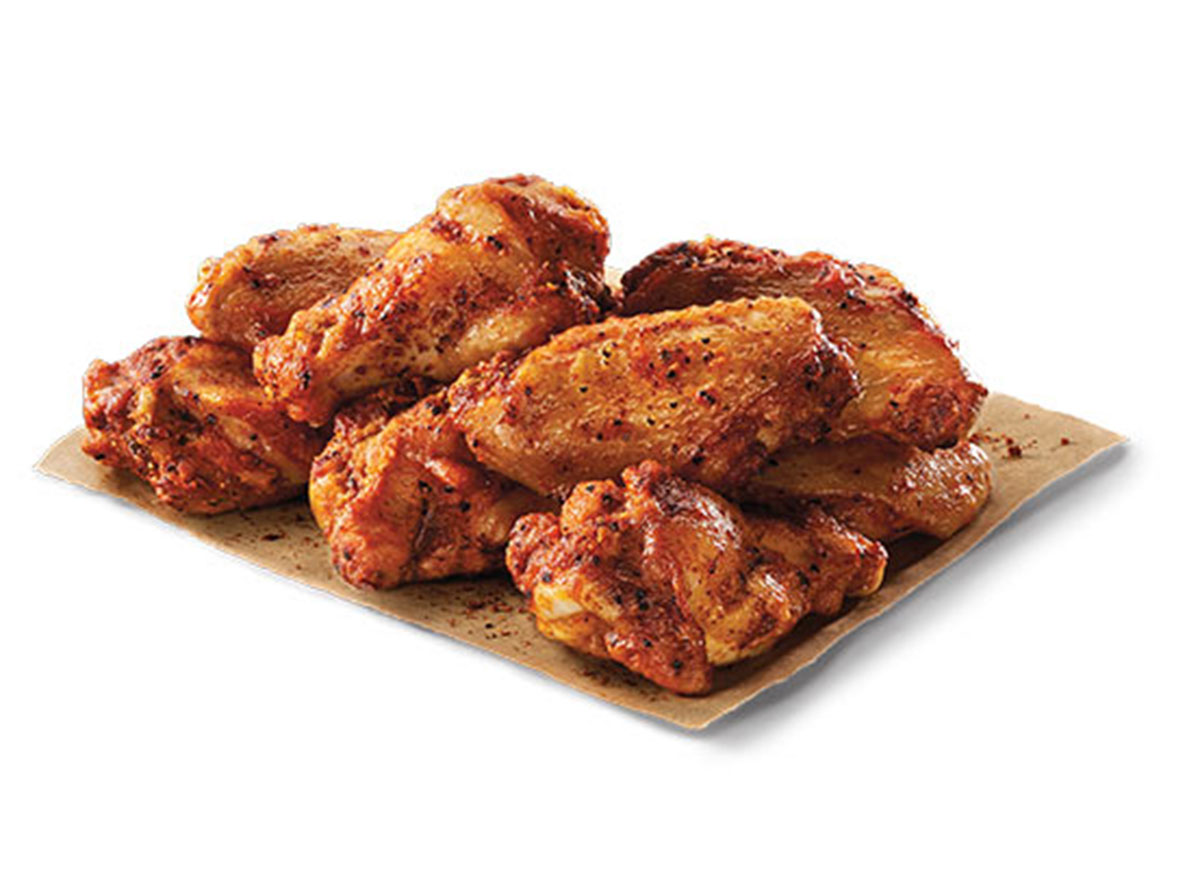 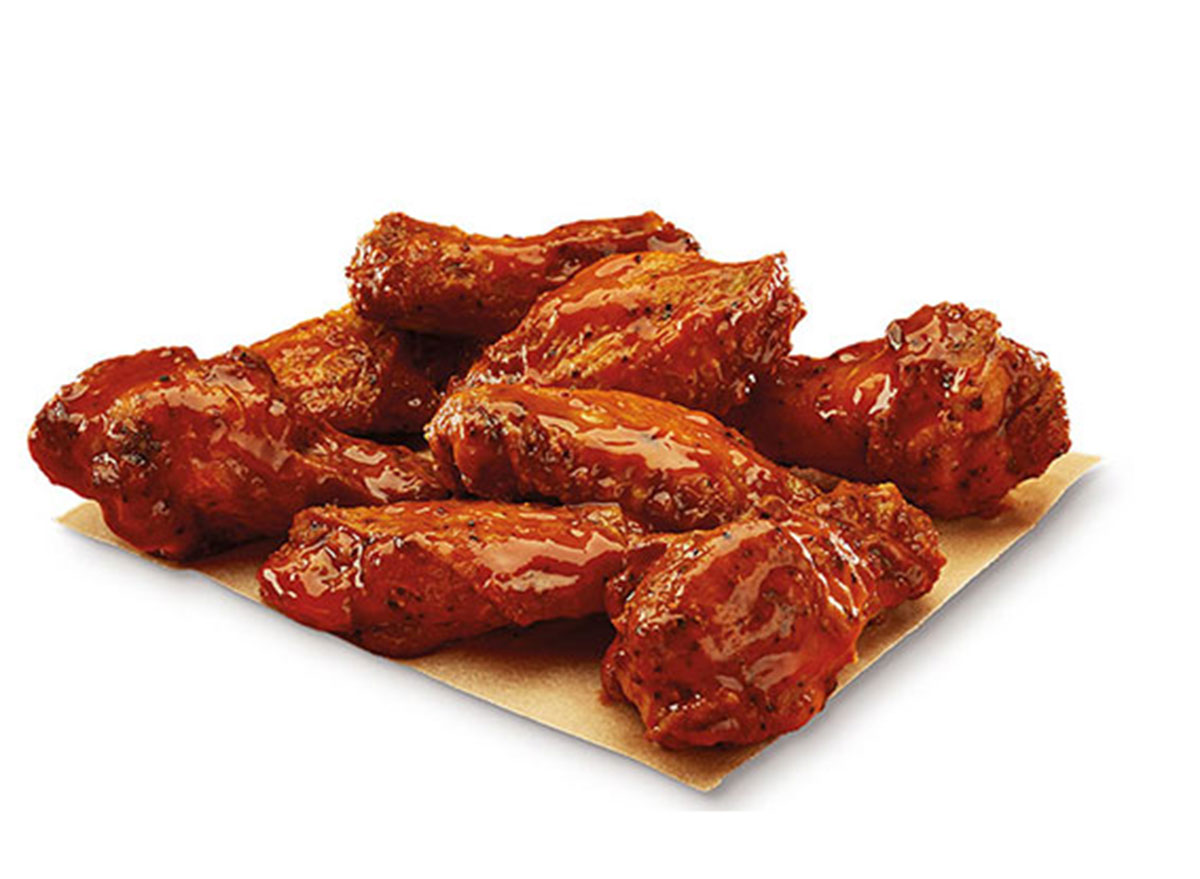 "These buffalo wings are my second-place pick for a person on a low-carb diet who is looking for options at Little Caesars," Yule explains. The reason she put them second is because of the high sodium content, which exceeds the Dietary Guidelines recommendations for the day. 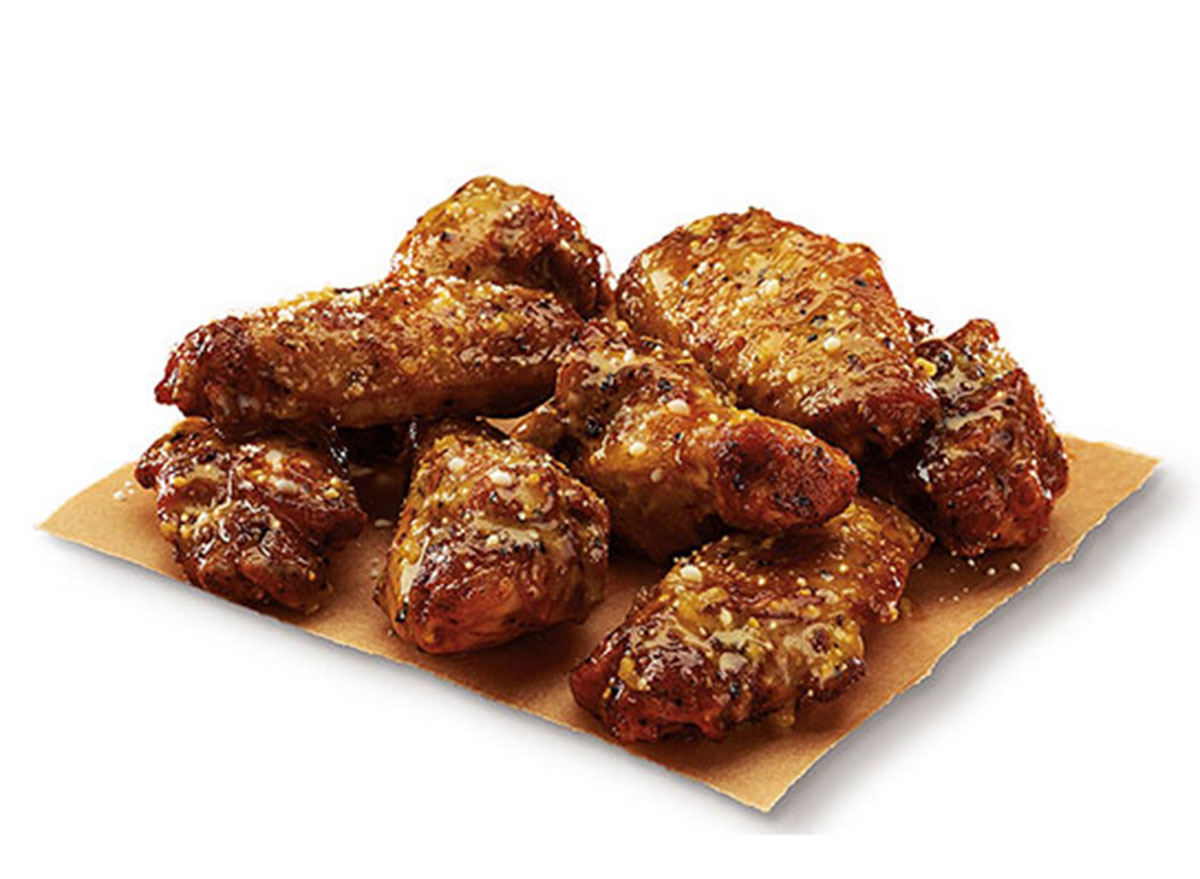 "These wings have 49 grams of filling protein and no sugars," Yule says. However, they are higher in calories and saturated fat than the oven-roasted and buffalo wing options, she adds. 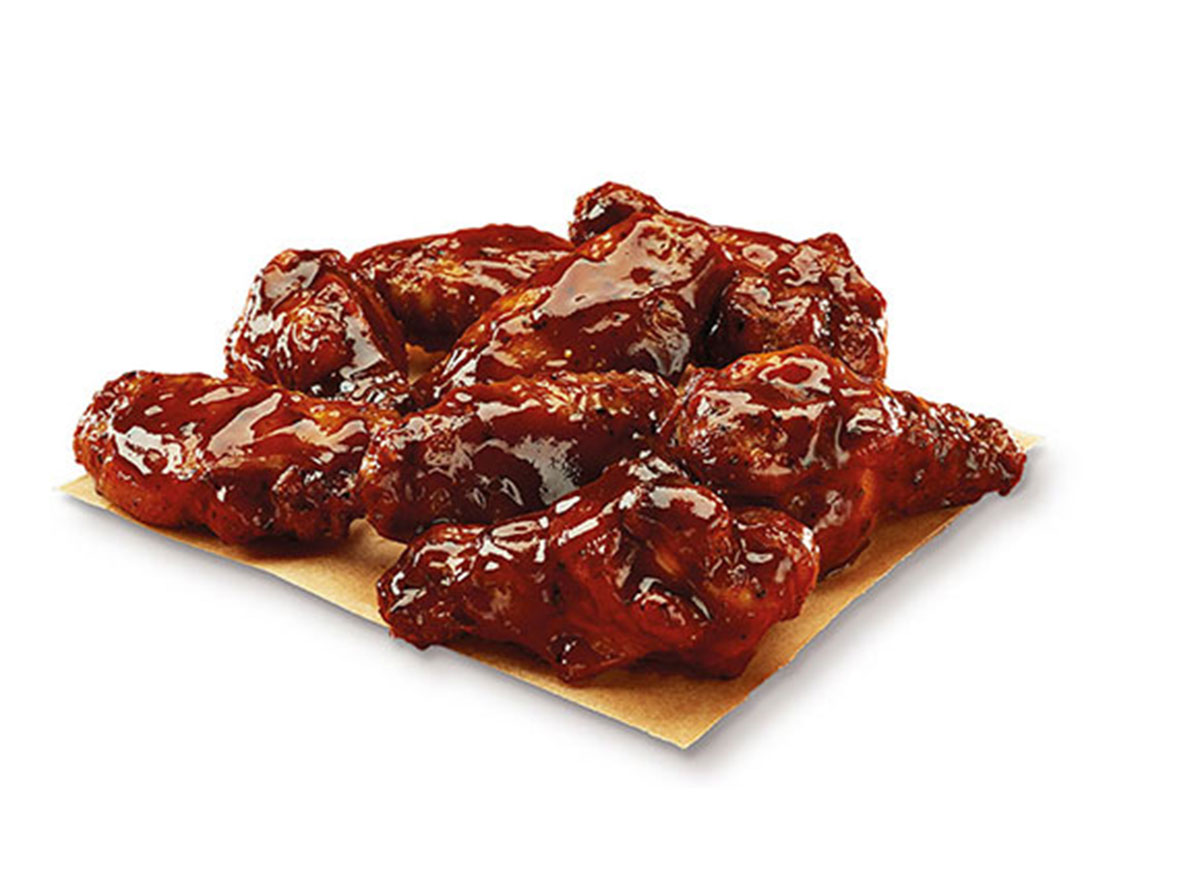 If you were to look only at the calorie count, you might think these wings were a bit healthier than the Garlic Parmesan ones. But as Yule points out, "These are the only wing option to contain sugar from the added sauce." And it's a lot of sugar. 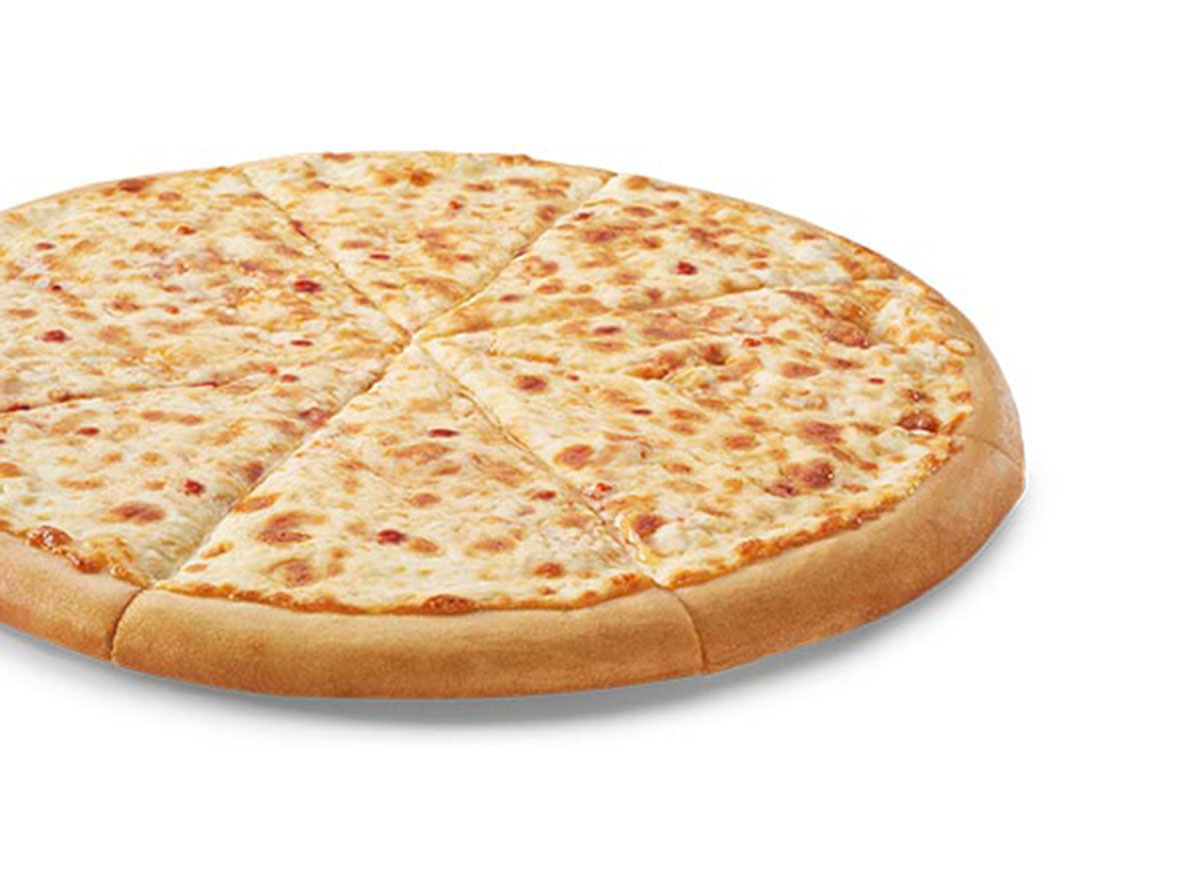 "This pie has the lowest amount of calories, saturated fat, and sodium out of all the Hot-N-Ready Classic Round Pizza options," Yule says. Not surprising since the others are pepperoni, sausage, and the meat-and-veggie Ultimate Supreme.

"This pizza comes in second place in terms of [the lowest] calories, saturated fat, and sodium," Yule explains. For a healthier choice, she advises skipping the sausage and topping your pie with some vegetables instead. Making this switch will increase the phytochemical content and fiber, she says. "This pizza option is the highest in calories, saturated fat, and sodium out of all of the Hot-N-Ready Classic Round Pizza options," Yule says. 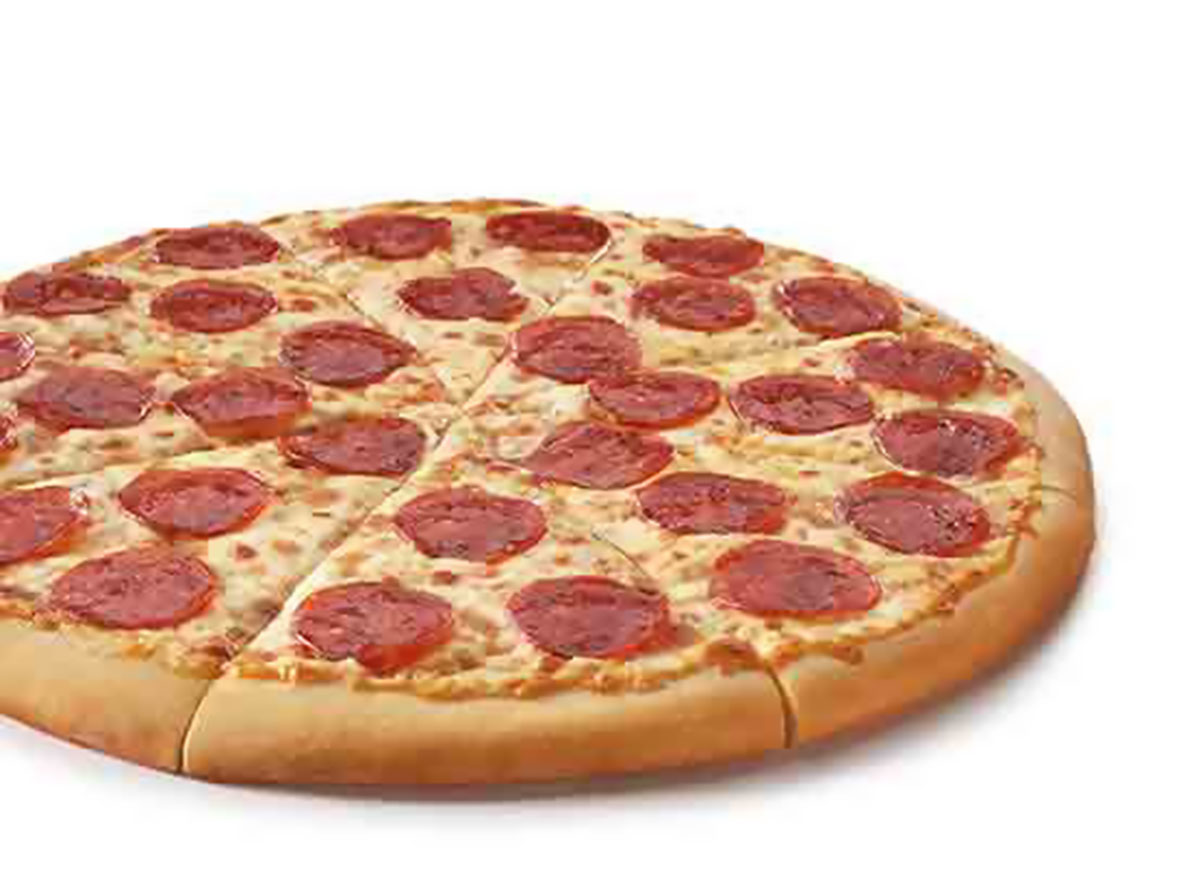 "Of all the pies listed in the Hot-N-Ready Classic Round Pizza line, this pizza is second highest in terms of calories, saturated fat, and sodium," Yule says. If you'd like a pepperoni pizza, she recommends ordering one with thin crust instead. 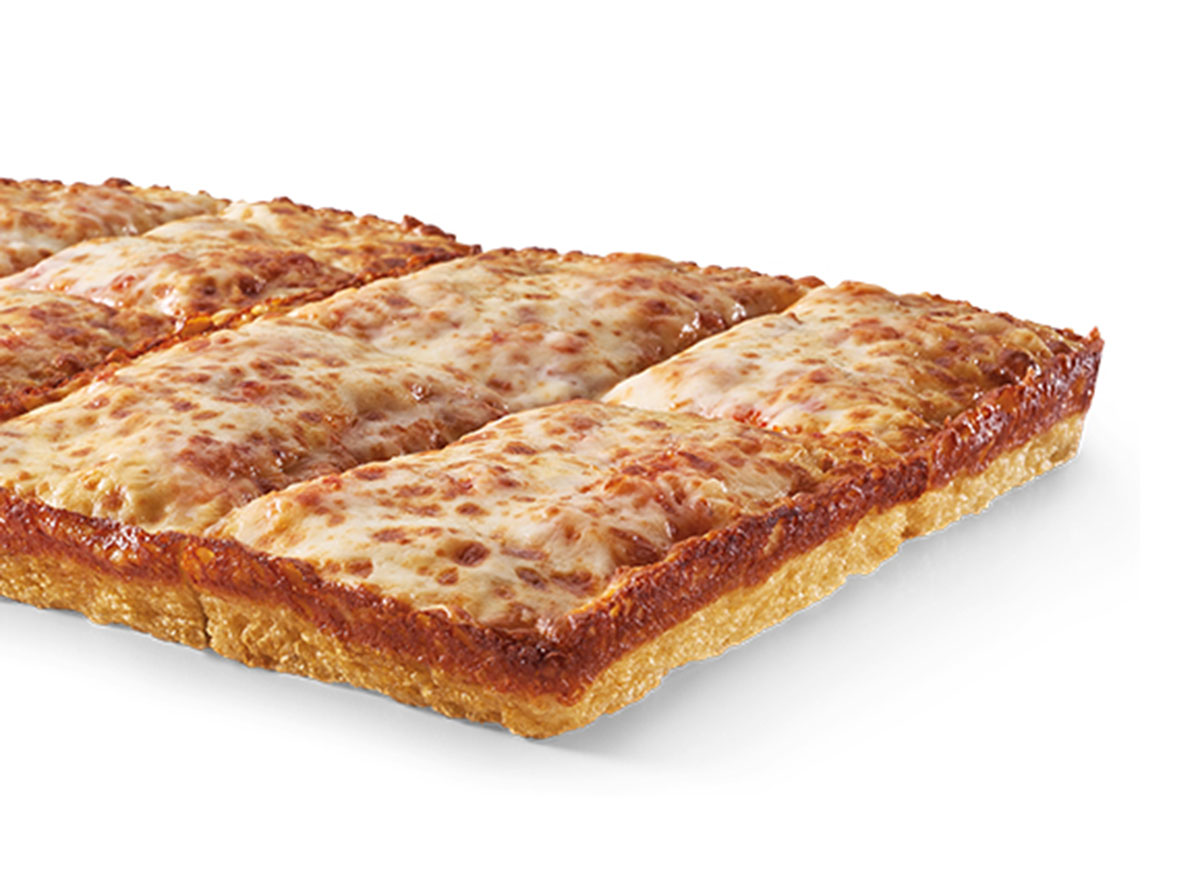 "This pizza wins a spot on the best list for being the deep-dish pie with the fewest calories and lowest sodium and saturated fat," Yule says. 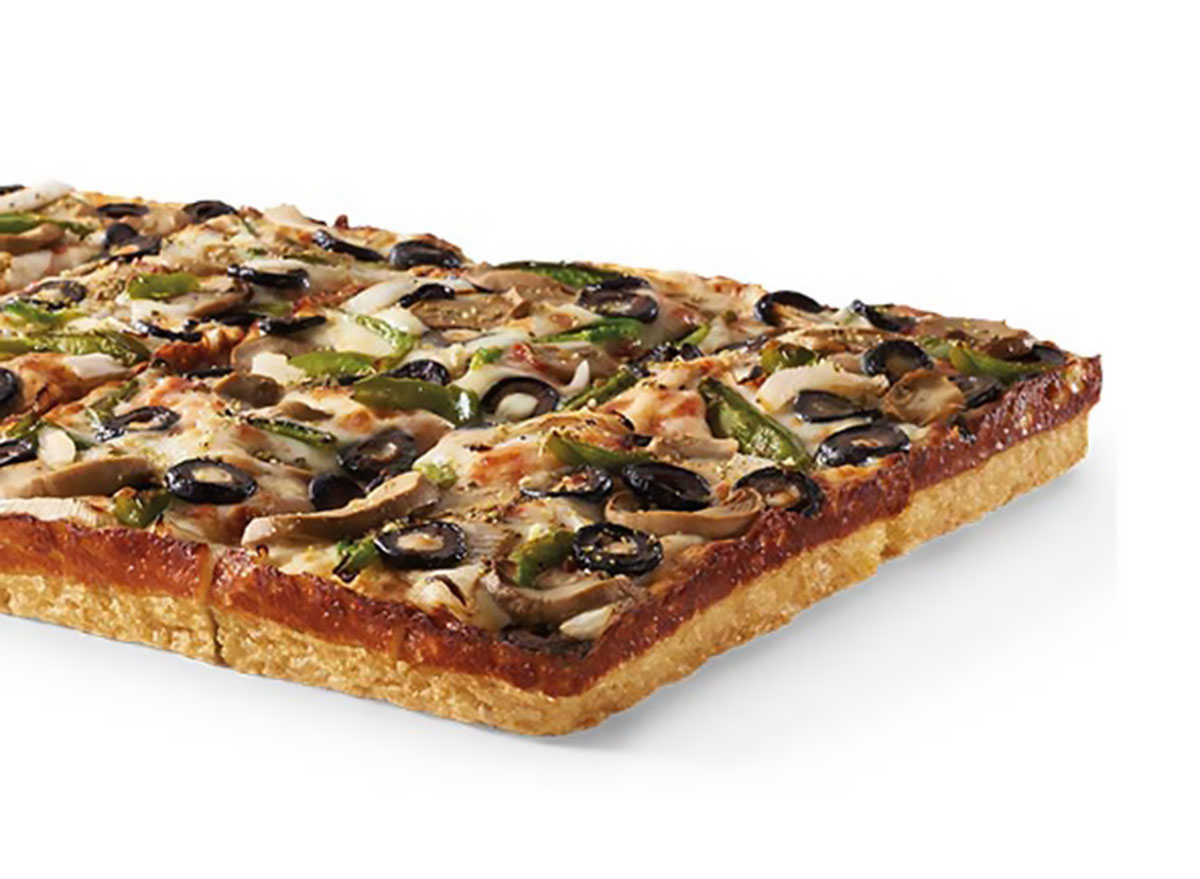 Of all the pizzas listed in the Deep! Deep! Dish Specialty Pizza category, Yule picks this pie because it is is on the lower end in terms of calories and sodium.

"This is my second-place choice in the Deep! Deep! Dish Specialty Pizza category, since it is only slightly higher in calories and sodium than the veggie option," Yule says. 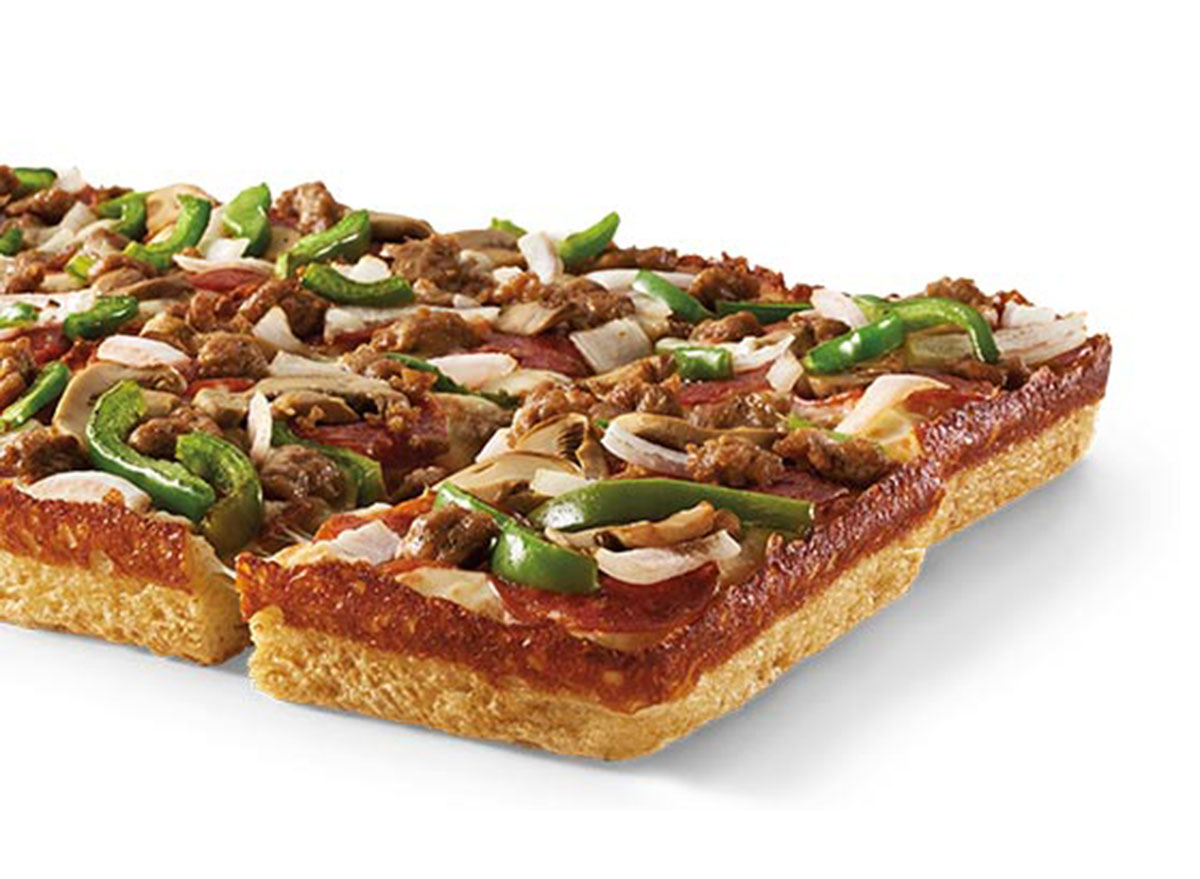 "At 3,370 calories for the entire pizza, the Deep!Deep! Dish 3 Meat Treat has the highest calorie content of any pizza on this list," Yule explains. It also contains more than twice the Dietary Guidelines limit for daily sodium intake, she adds.

"This pizza is one of the highest-calorie options in the Deep! Deep! Dish category," Yule says. The addition of the sausage adds very little additional protein per slice over the plain cheese option, she notes. 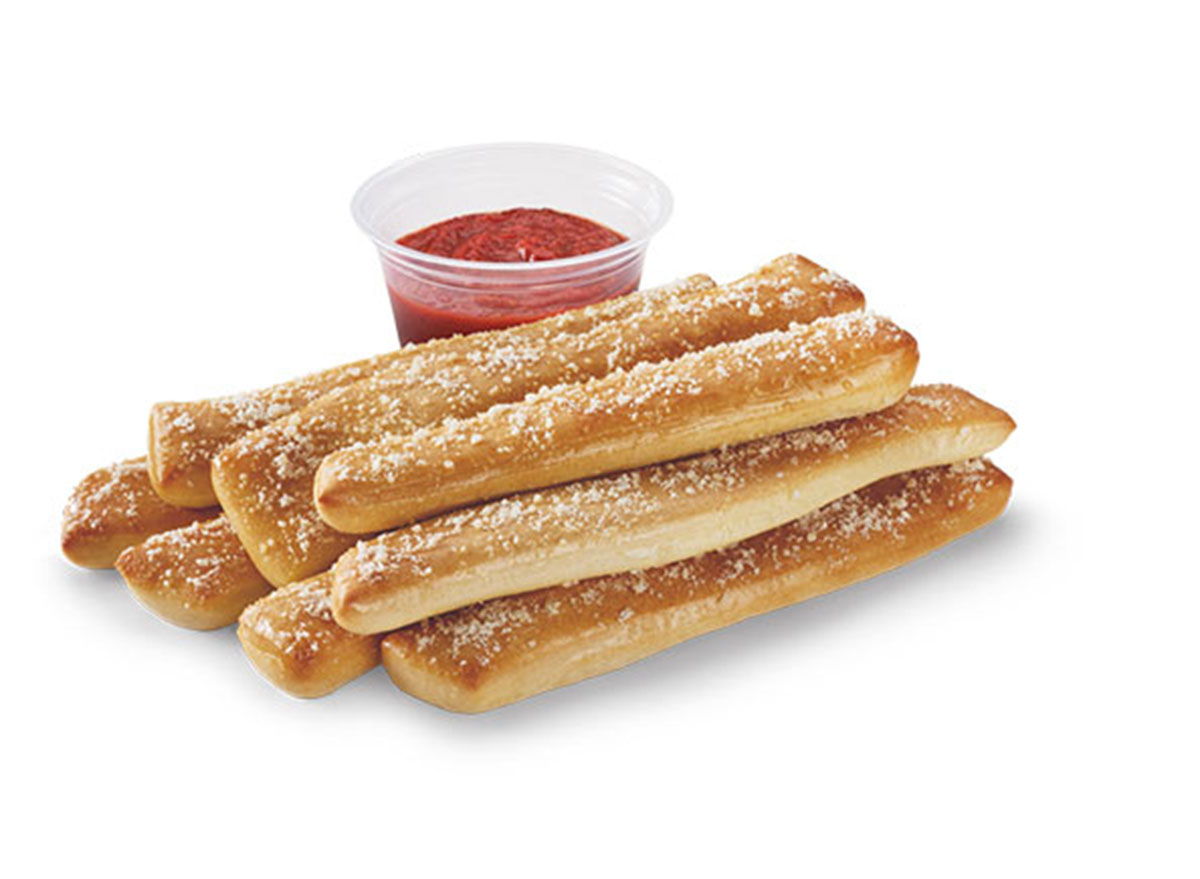 "Of all the signature favorites options, the Crazy Combo is the lowest in calories and is also low in sugar," Yule explains. If you are looking to get a signature favorite, I would split this item with a group, she recommends. 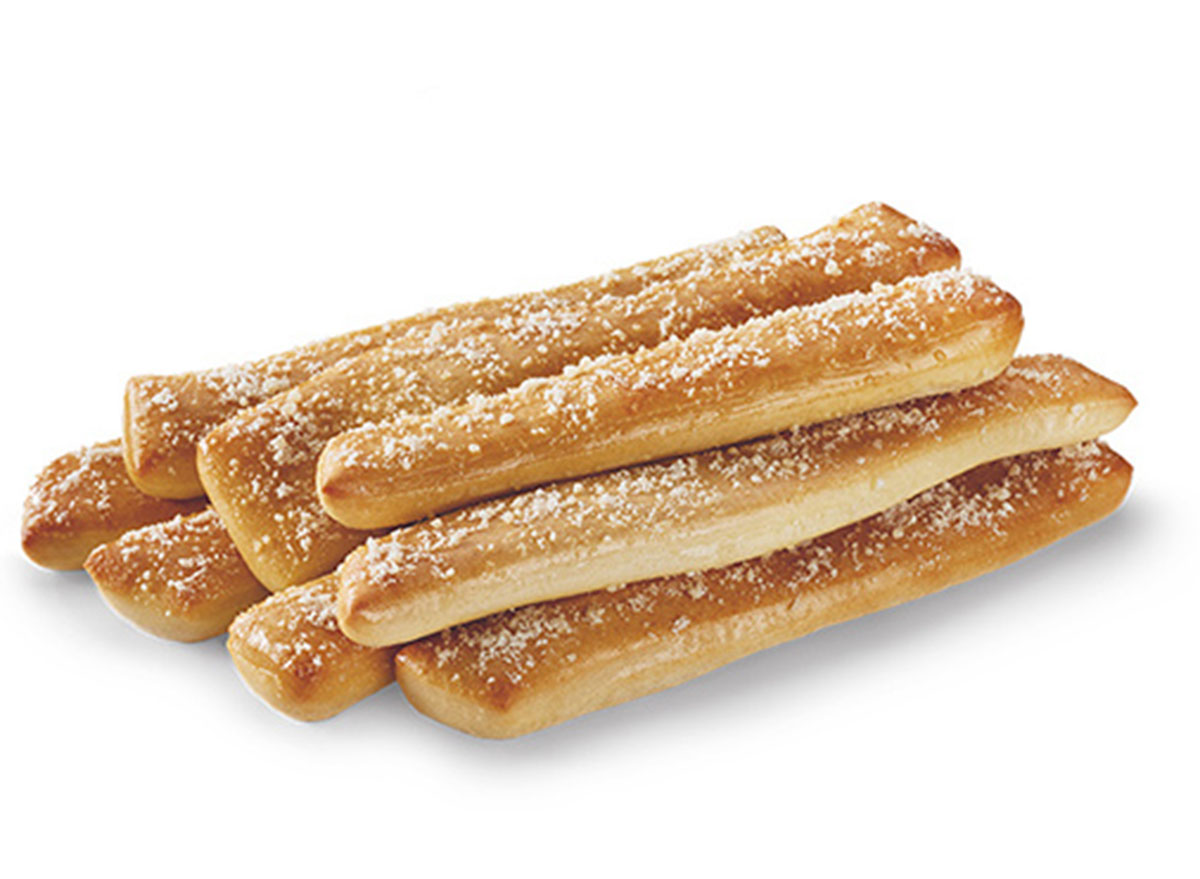 "This item appears to be the lowest in calories and sodium in its category, without containing all of the sugar that's in the Crazy Bites," Yule suggests. 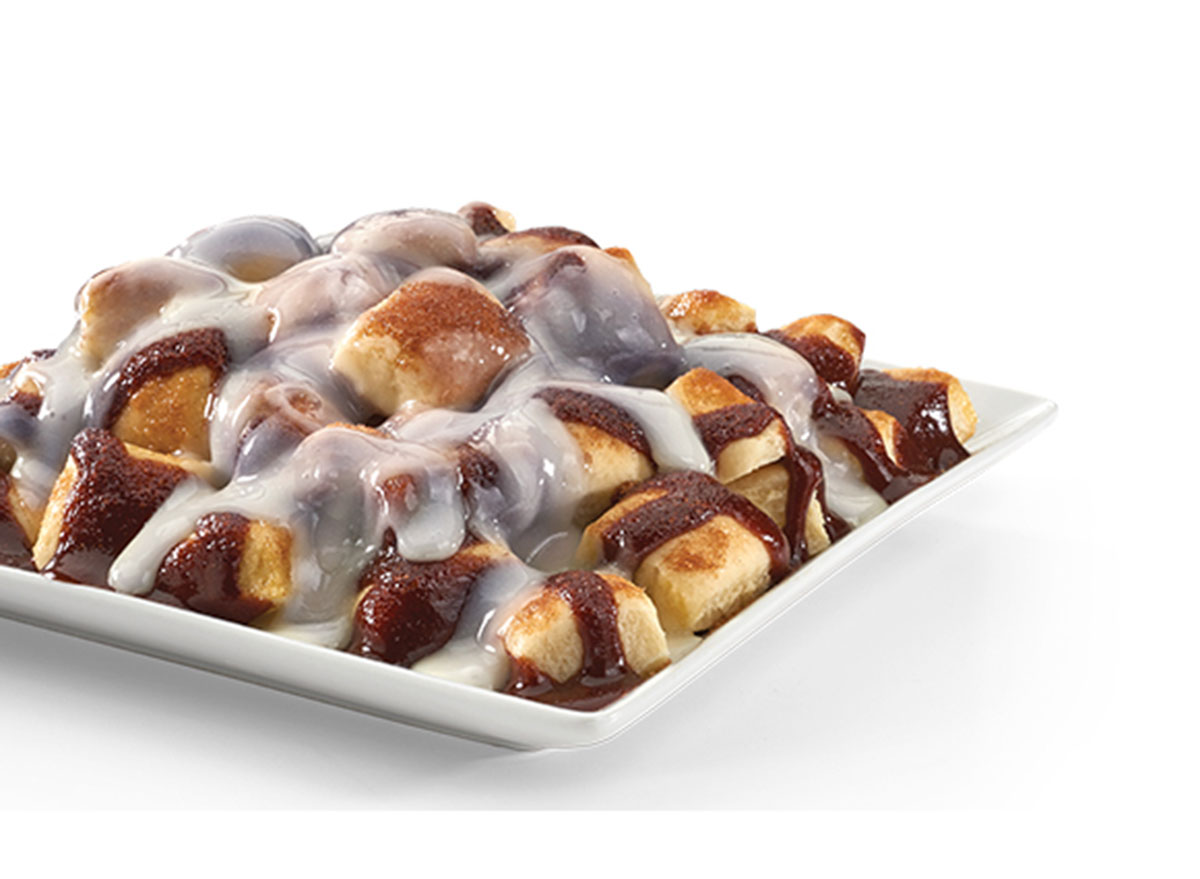 "This dessert makes the worst list because it is loaded with empty calories in the form of refined flour, added sugar, and saturated fat," Yule says. 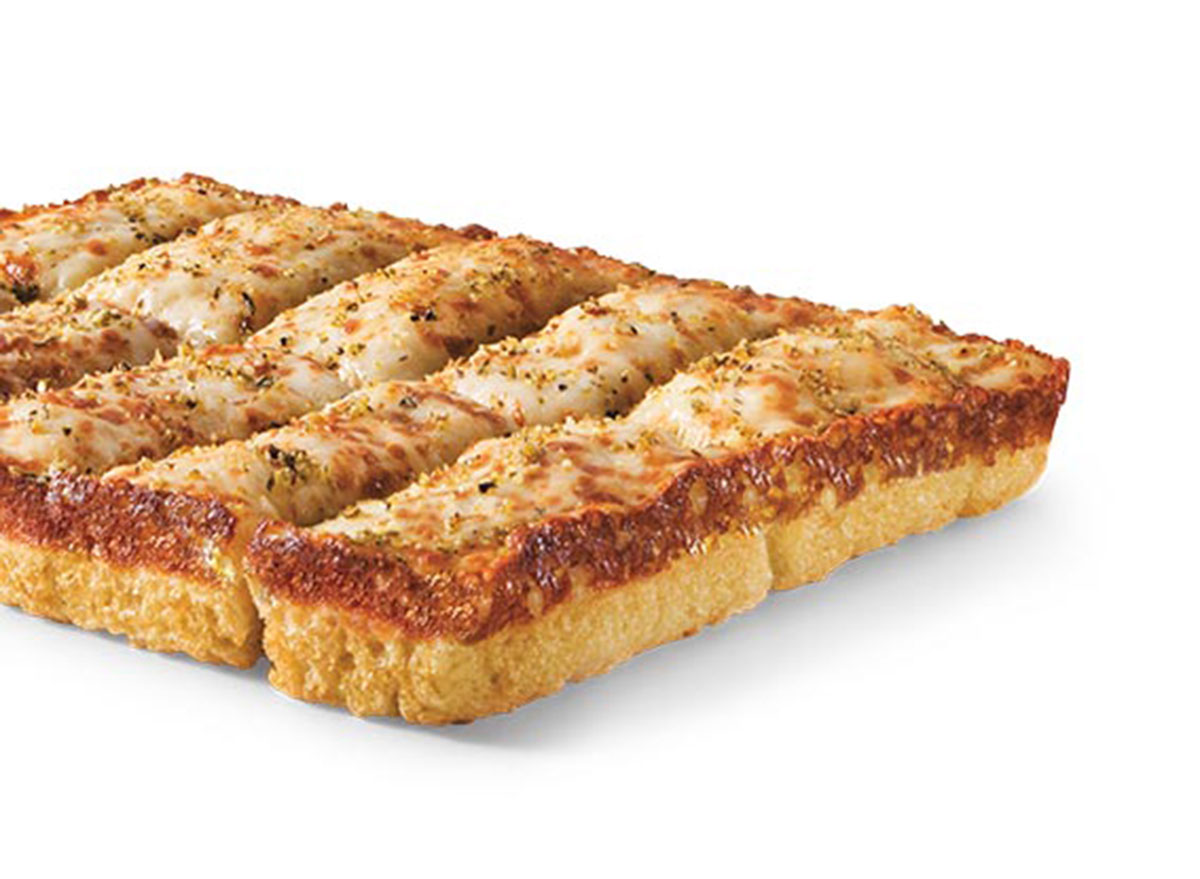