How many of these words do you really know?

Here's the scene: You're in a restaurant, it's your turn to order, and the table goes silent. You stare down at the menu, fixated on your dish of choice, and your palms begin to sweat. Sure, you could take the easy way out and point to the menu but, instead, you ask for what you want. If you didn't get the word right, don't worry about it. It could have been one of the top 10 most mispronounced foods.

Preply, a global language learning marketplace that connects students and tutors, used a keyword research tool to track common culinary words that people were seeking the correct pronunciation for. They then studied the foods and researched the linguistic background to find the correct pronunciation. Even if you are a foodie, chances are you are saying some of these wrong.

(Plus, check out 16 Celebs Share How They Make the Ultimate Bowl of Oatmeal.)

Everyone by now knows this spicy pepper, but many people get it wrong. The correct way to say it is ha·luh·pay·nyow or ha·luh·pee·no. The "j" is silent in Spanish words.

This Vietnamese noodle soup looks simple, but it is harder to say (and make) than you think. It is pronounced fuh not fo.

RELATED: The Best Soup In Every State 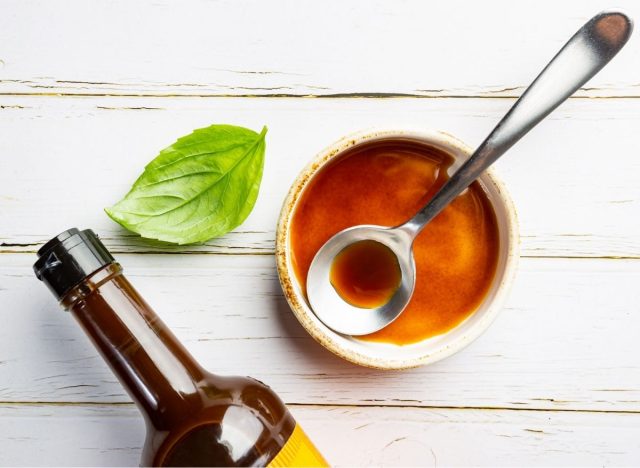 This anchovy-spiked sauce is a wonderful source of umami and pronunciation laughs on cooking shows. If you pronounce this one phonetically, you are way off the mark. Acceptable pronunciations according to Preply and Merriam-Webster are wu-stuh-shuh, wu-stuh-shur, or wu-stuh-shir. And always three syllables, not wor-ces-ter-shire.

With the rise of the ubiquitous fast-casual Tex-Mex restaurant chain, most of us probably get this one semi-right now. Of course, the restaurant chain is named after the smoked jalapeno. According to Preply, the Americanized version is chuh-powt-lay while the proper Mexican pronunciation is tchee-pot-leh. Both are fine but chee-po-til is not.6254a4d1642c605c54bf1cab17d50f1e

According to Preply, most Americans call this little floral, sweet fruit lee-chee, but lie-chee which rhymes with tai-chi is the more globally accepted way.

The popular frequently potato-based Italian pasta can be a source of pronunciation anxiety for some. If you know to skip over the "g" as you do in gnome, you're on the right track. Also, if you think about the Pinocchio fable you'll have the rest. The proper way to say this is no-kee, as in "I have no key." And if you want a change, try gnudi. This is made in the same style as gnocchi but contains ricotta cheese instead of potato.

RELATED: The Best Italian Restaurant in Every State

The popular little anti-inflammatory superfood is popping up everywhere, particularly in smoothie bowls. Many people turn this word into a three-syllable word. But Preply says the berry is actually pronounced in the simple two-syllable a-sai. The circumflex on the 'c' (that little ç symbol) means the sound is softened to an s. Though Merriam-Webster, and a plethora of other sites, consider the three-syllable pronunciation acceptable as well.  You'll also encounter this soft "s" sound in niçoise, as in the olive.

Most people know that the "i" is not pronounced at the beginning of croissant, but the "r" is also skipped. It sounds like kwa instead of the expected cro or croy sound. Preply says that correct pronunciation also skips the "t" but Merriam-Webster says it's acceptable. You'll sound fancier if you follow the French.

RELATED: The Best Croissant In Every State

The correct Greek pronunciation of this Mediterranean sandwich is yee·ros. Merriam-Webster also says zhihr-oh is acceptable.

This little grain-like seed is another superfood that most people pronounce wrong. According to Preply, most people are still saying kwin-o-a. However, this is incorrect. Keen-wa is the right way to say the food as per its South American Origin. Read on for a few bonus words that you need to know.

Other words that people get wrong

Plus, don't miss 15 Old-Fashioned Cooking Tips You Should Never Use, Say Experts.

Meaghan Cameron
Meaghan Cameron is Deputy Editor of Restaurants at Eat This, Not That! Read more about Meaghan
Filed Under
Cooking Tips // Groceries