The Most Popular Beer in Every State, According to Google

Google Trends helped us determine what Americans are searching when it comes time to decide on what to sip.

Beer is one of America's largest industries, with more than 6,000 breweries and beer importers and over 4,700 wholesale distributors nationwide. In 2016, the Beer Institute found that "the beer industry contributes more than $350 billion in economic output which is equal to nearly 1.9 percent of the U.S. Gross Domestic Product." It goes without mention that beer is a big deal in the U.S., which is what prompted us to find the most popular bottle or can in every state. However, such a feat is not easy to determine, as beer giants and smaller craft breweries alike don't reveal state sales data.

We took an alternative route in determining what beer people are talking about the most in each state…or should we say typing. Our friends at Google were able to give us an assist on this one. Google Trends allows us to see which beers people in each respective state searched the most in the past year. It's hard to say if these are the most popular (i.e. best-selling) beers in each state because we cannot retrieve sales data; however, this is a good way to identify which beers drum up the most interest–and are by extension the most popular—in each state. Think about it: would you repeatedly search a beer that you hated on Google? Odds are, probably not! What people are Googling is more indicative of what's the most popular, right? You're not going to Google a beer you don't like!

Methodology: The most-searched beer in every state is based on top related searches regarding the topic of beers in the U.S. Data was pulled between April 30, 2018, and April 29, 2019, to reflect the popularity of the beers over the last year on Google.

Read on to discover the most popular beer in every state, and enjoy some fun facts about some brews.

For more, check out these 15 Classic American Desserts That Deserve a Comeback.

According to Google Trends, Corona is the most commonly searched beer by Alabamans. Corona Extra may be the most popular beer, but there is also Corona Light, Premier, Familiar, and Refresca options to pick from, too. 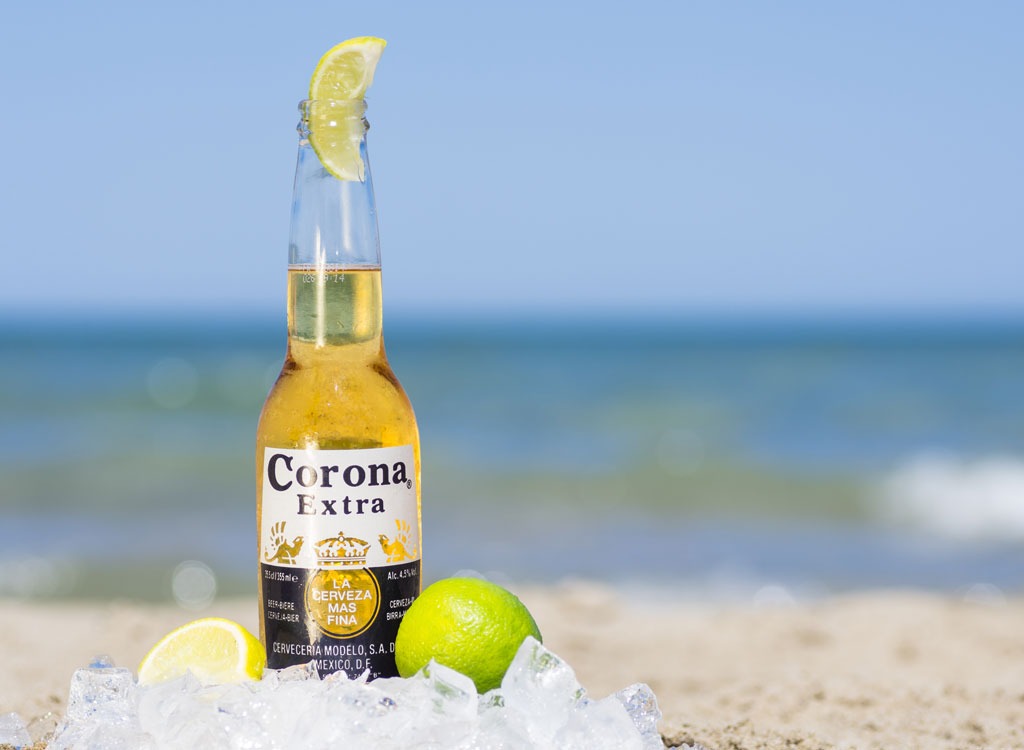 Corona can be enjoyed just about anywhere, and even though its commercials commonly feature beaches, as shown here, you can also enjoy it from the snowy mountain tops in Alaska.

And if you love cracking open a cold one after work, here are 5 Subtle Signs You're Drinking Too Much Beer.

This beer is described as offering a nice balance between subtle malt sweetness and a touch of hops, which sounds delicious.

Did you know that Yuengling is the oldest brewery in America? The renowned brewery produced the first beer, Lord Chesterfield Ale & Porter, in Pottsville, Pennsylvania, in 1829, even though it's popular in Arkansas as well.

And while you're here, don't miss the 15 Best Light Beers in America.

According to the company's website, 805 beer is "a light, refreshing blonde ale created for the laid-back California lifestyle." Fitting, yes? Cali residents agree.

It's no wonder this brewery is widely searched in Colorado—its origins are within the state capital. The setup of the Denver Beer Co. brewery was inspired by the beer gardens of Bavaria, but before the brewery even existed, the craft beer was made in the garages of the brewers. Some great things have humble beginnings.

Guinness may just be the longest standing beer company in the world, with origins stemming back to 1759 in Dublin, Ireland. It was that year on New Year's Eve that Arthur Guinness signed a 9,000-year lease on a dilapidated brewery. The rest is history, and the beer is enjoyed in the States as well.

And if you're curious, here's What Happens When You Drink Beer Every Night.

The Colorado-based New Belgium Brewing Company produces this popular brew, and it appears to be a hit among east coast states, such as Delaware.

Produced by Cigar City Brewing in Tampa, Florida, Jai Alai is the name of a beer native to the Basque region of Spain. Tampa used to be home to a Jai Alai-specific court called a fronton, but now, the India Pale Ale serves as a remembrance and tribute to the sport.

Terrapin Beer Co. originated in Athens, Georgia, so it makes sense as to why there's a lot of internet hype around the beer from those who live in the state. The company makes a long list of funky beers, including Strawberry Dreamsicle, Moo-Hoo, and Wake-N-Bake.

Aloha Beer Company has roots in Kaka'ako on the island of O'ahu. Unsurprisingly, it's also the most commonly searched term by people in Hawaii. 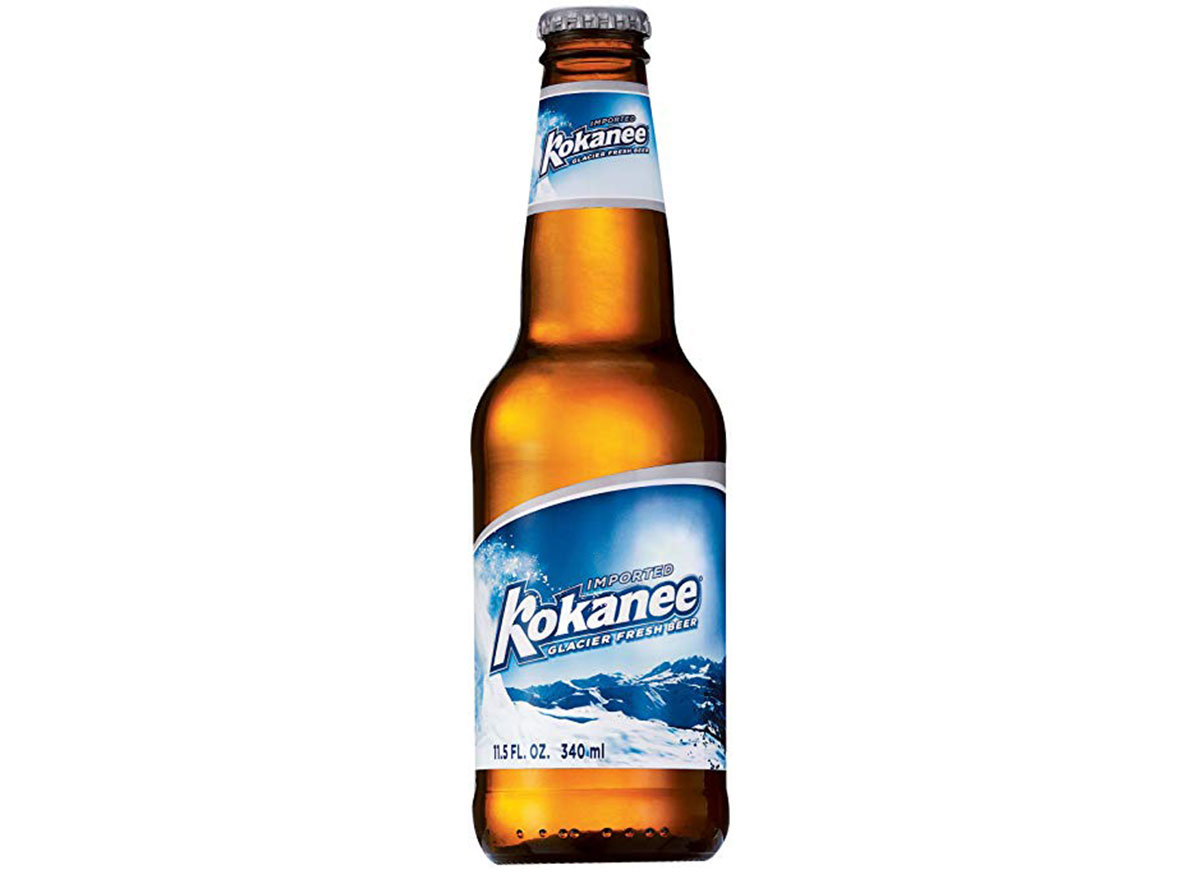 Kokanee beer is one of British Columbia's best-selling beers, and it appears to be a favorite among Idahoans as well.

Fun fact: The first Blue Moon beer, which was the Belgian White Belgian-Style Wheat Ale, debuted in 1995. Speaking of the decade, do you remember these failed restaurant chains from the 1990s?

Yuengling Brewery did not acquire its name until 1873. Before that, the brewery was called Eagle Brewery.

And if you're using that beer in your recipes, here are 8 Tips For Cooking With Beer.

Yuengling is the most commonly searched beer on Google in six states between the midwest, the South, and even some western states as well.

Falls City Brewing Co. in Louisville, Kentucky, has been around since 1905. With more than 40 craft breweries in the state, this beer certainly had some competition, not to mention all of the other big-name beer giants out there.

Dixie Brewing Company has made a resurgence recently. The brewery began in 1907, but in 2005, the brewery was destroyed by Hurricane Katrina floodwaters. It was announced in 2018 that the brewery would return to its roots, and it's still a popular beer in the state.

Bissell Brothers beer is one of the youngest beers on this list, having opened in 2013. This beer line is easy to identify, with each style and flavor having a distinctive graphic wrapped around the can.

No Corona is complete without that staple lime wedged into the nozzle of the bottle. The beer and fruit pair so well together that Corona made a brand of limes in 2018. Talk about an "on brand" move for the company!

And if you're watching your diet, here are The Best and Worst Beers for Weight Loss.

With beer names like You Had To Be There, But I Digress, and Good N' You?, this beer is highly searchable and is a hit among Massachusetts natives.

Detroit Beer Company has been serving beers to patrons in Michigan since 2003.

Hamm's beer is one of the oldest brews in the country, with the brewery first opening its doors in 1865 in St. Paul, Minnesota.

To survive during the Prohibition era, Yuengling opened a dairy directly across the street from the brewery to remain somewhat profitable.

Yuengling has been around for more than 190 years, so there's been plenty of time for it to gain popularity in many states.

The most commonly searched beer on Google by Montanans is Kettle House Brewing Co.'s flagship beer, Cold Smoke Scotch Ale. The beer is described as a dark ale that offers a slightly sweet coffee finish.

In 2018, Yuengling launched the Golden Pilsner, after not releasing a new year-round beer for 17 years.

It's no surprise that this artsy west coast craft beer is the most commonly searched beer on Google in four western states.

According to data from the Beer Institute, 71% of all imported beer is sourced from Mexico, and Corona is without a doubt one of the top contributors.

And if you're thinking about drinking less, here's What Happens To Your Body When You Give Up Alcohol.

Burial Beer Co. is native to Ashville, North Carolina and is the proprietor of an edgy collection of beers.

Drekker Brewing Company started in a garage before opening up a brewery in 2014. Today, the brewery has locals searching for it on Google.

In addition to Corona, Modelo is another widely consumed Mexican beer in the U.S. Modelo has been made ever since 1925, making it almost a century old.

And if you're looking for some food to go with your drink, don't miss these Beer and Food Pairings.

An orange slice pairs as well with a Blue Moon as a lime wedge does with Corona.

Handcrafted in Astoria, Oregon, Bouy Beer is deemed the most popular beer in the state by Google Trends.

Were you also surprised that the most commonly searched beer in Pennsylvania wasn't Yuengling? After all, the country's oldest beer was first brewed out of Pottsville. But Evil Genius Beer beat out the beer veteran with Google searches.

People in Rhode Island search Sapporo on Google more than any other beer. Sapporo is Japan's oldest beer brand, with origins dating back to 1876.

Eat This, Not That! had to do some investigating on this one. See, there is a U.K.-based Green's Beer that famously produces gluten-free beers, and there's also Green's Beverages with roots in Myrtle Beach, South Carolina, that sells anything from beer, wine, and liquor. We're making an educated guess that the most commonly searched beer in South Carolina is referring to the latter, but it's hard for us to say for sure.

You can do more with beer than just drink it! Here are 14 Delicious Things You Can Make With a Can of Beer.

Hydra Beer Company in Sioux Falls, South Dakota, is home to the most commonly searched beer in the state according to Google. 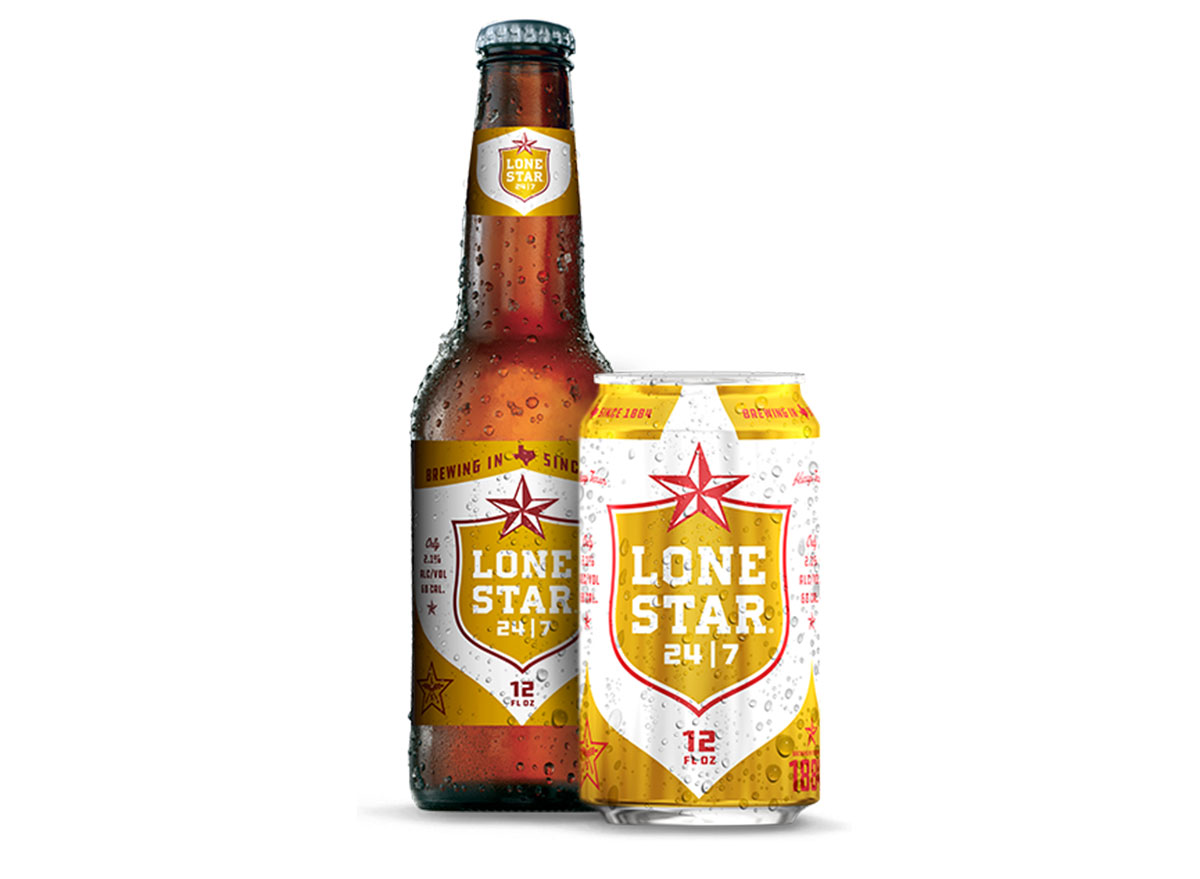 Texans love BBQ and Lone Star beer! The brewery was first built in 1884, making it the first large brewery to pop up in the state.

Frost Beer Works offers anything from traditional beers like Farmhouse Ales to more funky beers like the Lushsicle Double IPA.

And if you're curious, here's What Happens to Your Body When You Drink Alcohol During the Day.

Virginia Beer Company opened in 2016, which may explain why its beer has been searched so frequently. People in the state likely want to know more about it!

The first Rainier beer debuted in 1878 in Seattle, Washington, which makes it one of the country's oldest beers.

Blue Moon appears to be the beer of choice for West Virginians, or at least it's the beer they search the most.

Accomplice Beer Company in Cheyenne, Wyoming, offers 14 beers on tap, with fun names like Round House and the Three Amigos.

And for more on your favorite beverages, here's What Happens to Your Body When You Drink a Smoothie Every Day.