If you're a cold brew fan, you're going to like these reported benefits.

Raise your hand if you agree that there's just no pick-me-up quite like cold brew. The bold flavor, frothy texture, and tantalizing chill of the coffee beverage have amassed a ton of fans. In fact, this week, the CEO of Starbucks reported that sales of the chain's cold beverages accounted for 74% of U.S. sales in the spring—beating out the popularity of the chain's hot beverages. Cold brew, we can only assume, probably had a huge hand in that movement.

That said, there's still a lot more we can all learn about this trendy drink. Keep reading to learn some of the effects that drinking cold brew can have on your diet and health. And for more coffee buzz, read The #1 Worst Coffee Creamer on Shelves, Says Dietitian.

If you're a lover of strong coffee, cold brew might be your warm-weather beverage of choice. Via Healthline, Rachel Link, MS, RD says that if you've suspected cold brew is stronger than a typical iced coffee, your estimation is on-point.

Cold brew is actually made differently than iced coffee, which is simply brewed hot and then typically refrigerated (and, sometimes watered down by ice when it's served). Cold brew's flavor is different, Link says, because it's made from coffee that's left to steep directly in cold water for eight to 24 hours.

RELATED: Sign up for our newsletter for food and wellness news.

Cold brew may be easier on your stomach.

Link adds that the cold-brewing process draws out less acid from the coffee than heating coffee does. This results in a smoother flavor than hot or iced coffee, as well as potentially less gastrointestinal upset, such as acid reflux or reactions from your stomach. 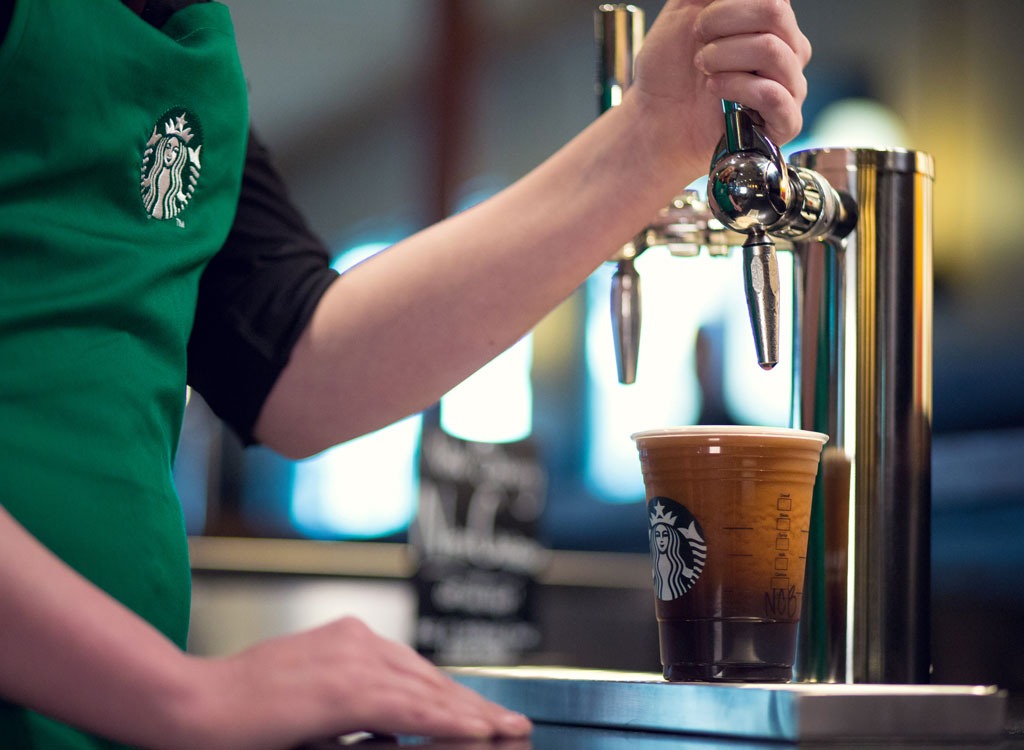 Yep, if you've noticed that you feel a little more alive after a cold brew than you do after drinking an iced coffee, that's because a 16-ounce cold brew contains around 200 milligrams of caffeine—which is about 20% more than the same size of an iced coffee. (Compared to hot coffee, it would take about two-and-a-half cups to deliver the same caffeine content as a 16-ounce cold brew.)

RELATED: One Major Side Effect of Drinking Too Much Caffeine, New Study Says

Cold brew may help you avoid the risk of a certain type of cancer. 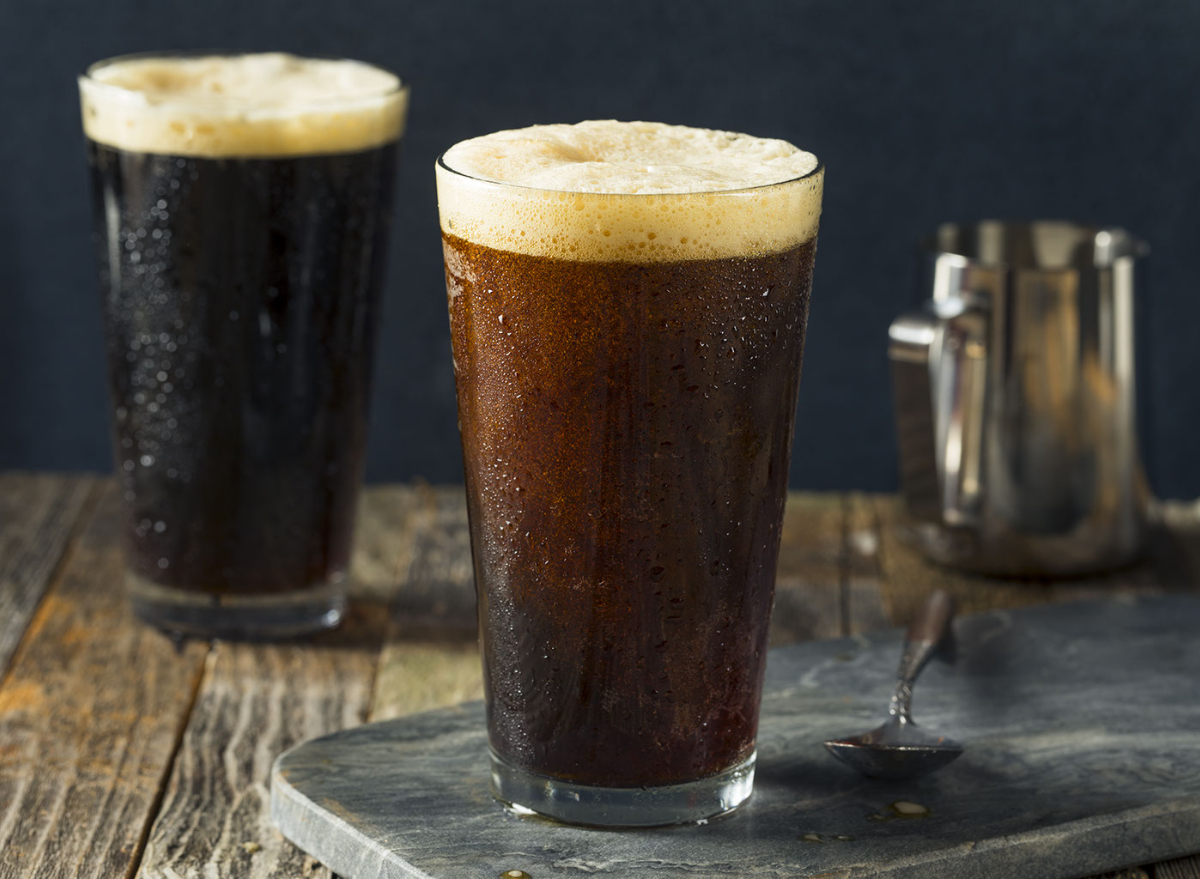 We emphasize the word "may," but there is some science to back this up: As the team at our sister site, Best Life, recently reported, a past study suggested that people who drink around 24 ounces of hot beverages each day may see as much as a 90% increased risk to develop esophageal cancer. The study's lead author stated that one possible way to avoid this is to opt for a drink that's cooler. Cold brew coffee is just one such choice.

Krissy Gasbarre
Krissy is a senior news editor at Eat This, Not That!, managing morning and weekend news related to nutrition, wellness, restaurants and groceries (with a focus on beverages), and more. Read more about Krissy
Filed Under
Body Health // Coffee // Drinks // News