Consumers are sharing reports of empty shelves in these departments, according to social media.

Next weekend, you might find yourself prepping for Thanksgiving—but in the meantime, you and your loved ones have got to eat. If you're crafting a shopping list for between now and Thanksgiving, we've got word of the groceries that customers around the country have seen dwindling this week… and in some cases, the shortage trends are a little different than we've seen in recent weeks.

A Saturday morning Reddit post from u/Levyyz7 asked users to report their "Weekly Observations: What signs of Shortages do you see in your region?" Share, they did—here are the groceries that appear to be affected by a shortage right now, along with where this is reportedly the case.

Also catch up on other possible shortages in our recent list, 4 New Grocery Shortages Shoppers Are Sharing Ahead of Winter.

U/MultiStratz reported a shortage of breakfast bars in northwest Iowa—specifically, Belvita biscuits, saying: "Belvita Breakfast bars and bites were completely cleared from the shelves- even the gross flavors!"

In an occurrence we haven't seen pop up on many recent shortage lists, the same user shared that canned tuna was "looking pretty sparse."

If you can find canned tuna on the shelves, here's the #1 best canned tuna to buy, says dietitian. 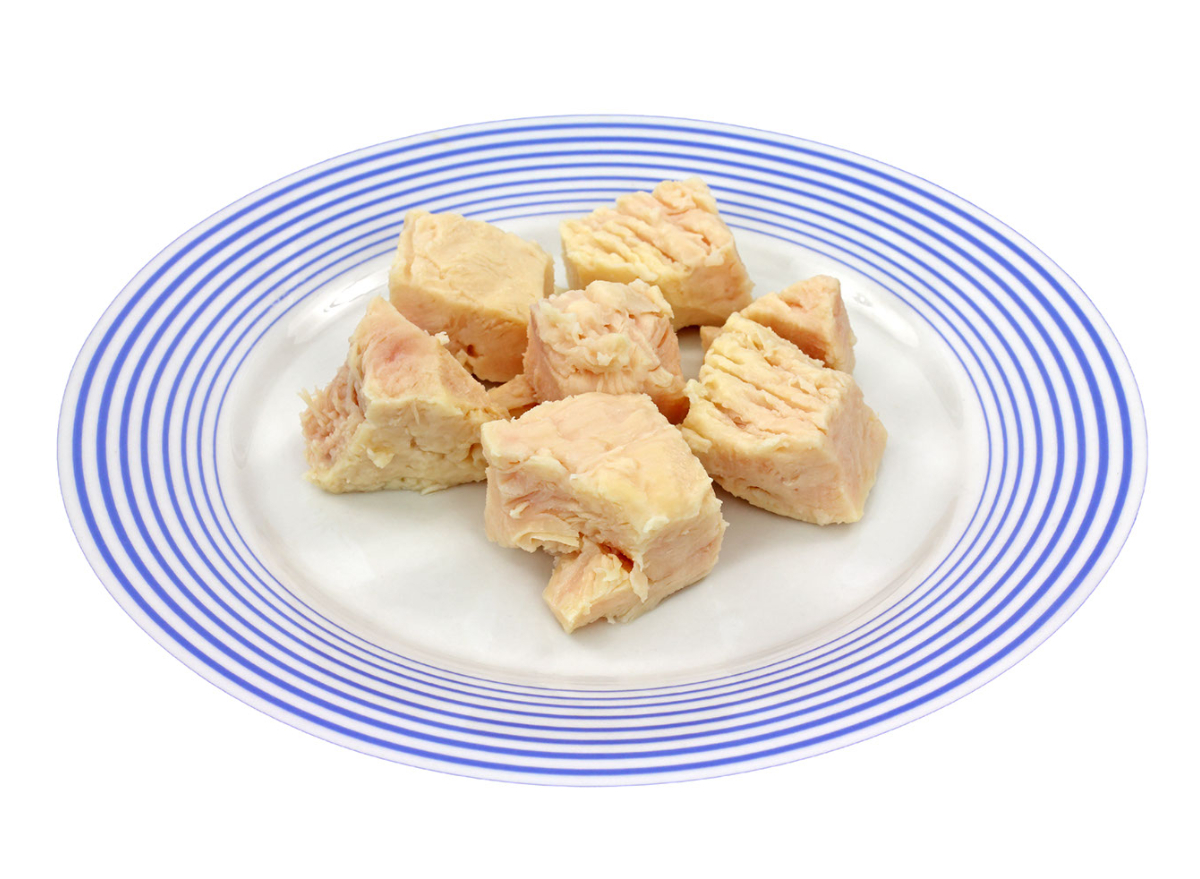 The user noted the same about canned chicken, which, according to the next account, might suggest a larger growing trend…

RELATED: #1 Worst Way to Cook Chicken Breasts, According to a Chef

Since canned proteins with a longer shelf life may be lacking in some places based on the previous Redditor's report, it may be no surprise that availability of fresher meat seems like it could be decreasing, too.

That may be the case from what u/nativemissourian shared about a Walmart in central Missouri: "Jimmy Dean ground sausage has been empty for weeks in addition to packaged lunch meat wiped out."

U/gogirlanime said that at a Walmart near Seattle, the meat supply was "about 50% gone."

On the other hand, u/—welp— noticed the opposite: "For the first time since March of 2020 my small town WalMart's meat department actually had meat!"

The same user said they'd noticed that toilet paper was "low stock again" at their Walmart, while u/soldflink in the Hudson Valley of New York chimed in to say they'd been able to find a particular variety of Scott toilet paper at their local Walmart.

However, they added, Scott toilet paper stock at BJ's Wholesale Club and ShopRite in their area was low.

RELATED: Walmart Is Limiting How Much Toilet Paper You Can Buy Amid a National Shortage

With bath tissue appearing tougher to track down in some places, perhaps it's not shocking that paper towels may be harder to come by, too (especially considering more kitchen activity soon upcoming, with many households getting set for Thanksgiving).

According to u/soldflink, paper towels were another item that seemed harder to come by in their area of the Hudson Valley.

More than one user on the thread said they'd noticed less availability of dairy products, which is definitely on-trend with what we've seen in recent weeks (read 4 Recent Grocery Shortages That Could Affect Your Cup of Coffee for more on this).

Again, u/soldflink in the Hudson Valley revealed that Walmart hadn't been able to fulfill their full order, due to no inventory of the yogurt they'd ordered: "Ordered Walmart Pick up on Monday, didn't get my yogurt items, went inside and that section was the only one I noticed almost completely cleared out."6254a4d1642c605c54bf1cab17d50f1e

Across the country, u/gogirlanime said their Seattle-area Walmart had reflected the same, with dairy about half gone.

Along these lines, u/DavidNipondeCarlos said blocks of Tillamook cheese weren't to be found at Vandenberg Air Force Base in Southern California, but one-pound bags of shredded cheese were.

RELATED: These 3 Foods May Lower Your Risk of Diabetes, New Study Suggests

U/tsrainccmd said that in Central Texas, one store had placed a purchase limit on strawberries before ultimately selling out of them. The user added that their kids "sure will be bummed."

In response, another Redditor chimed in to suggest that strawberries in November are out of season, but, that may not be true for every climate right now.

If your family would like a berry-filled adventure next time your region's season rolls around, check out These Are the Best States for Berry Picking.

U/DavidNipondeCarlos said they'd noticed low stock on vegetable oil at Vandenberg AFB. This is consistent with reports in recent weeks—read 4 Holiday Food Shortages You Should Know About Now.

Saturday afternoon, U/TimothyLeeAR said the Gatorade shortage was "continuing" at Little Rock Air Force Base. They also noted certain types of apples and potatoes in short supply, and that Premium saltine crackers were "scarce."

It goes to show that shopping might take a little forethought for awhile. In the meantime, stay on top of the latest food news here:

Krissy Gasbarre
Krissy is a senior news editor at Eat This, Not That!, managing morning and weekend news related to nutrition, wellness, restaurants and groceries (with a focus on beverages), and more. Read more about Krissy
Filed Under
Groceries // Grocery Shopping // News // Shortages