These snacks were so good, they had us counting down the minutes till lunchtime.

A simple, forgotten pleasure of childhood was opening your lunch box to find out what snacks your parents stashed alongside your sandwich and kind of sad little bag of carrots. There's something about those snacks that just hit different and give us a wave of nostalgia when we think back. To really hit that nostalgic feeling, we've rounded up the best lunch box snacks from the '70s through '00s that you may have forgotten you loved.

Some of these are still around today, but you're probably not having Ecto Cooler for lunch that often (if you are, we have some questions). From strange flavors and colors, to downright dangerous, we've found some lunch box favorites that will take you back. Which of these was your favorite? 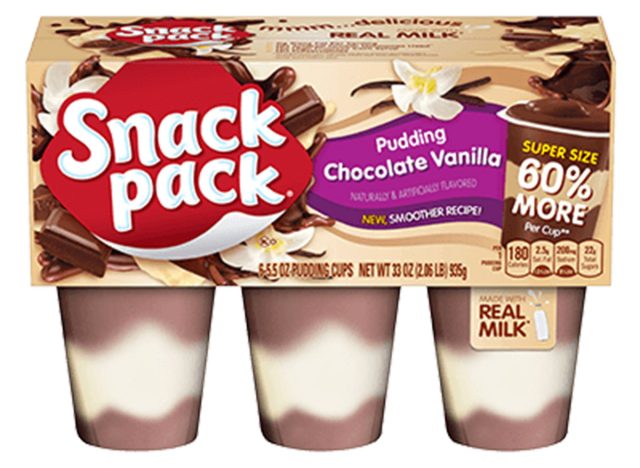 Before the dawn of Jell-O's chokehold on pudding snacks, 70s-era kids enjoyed pudding from single serving cans (with lots of sharp edges!) in butterscotch and chocolate flavors. 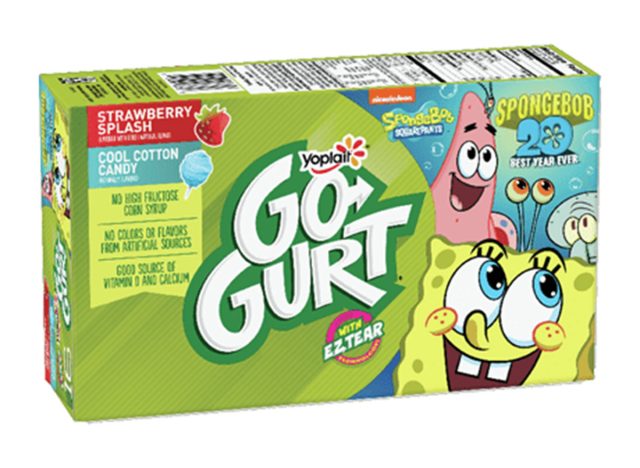 The first yogurt created for (and marketed to) children, this yogurt in a tube celebrated its 20th birthday in 2019. A staple at lunchtime in the early 2000s, this thicker yogurt in an easier-to-eat-from tube could be refrigerated, frozen, or thawed, so it was easy to throw into a lunchbox. 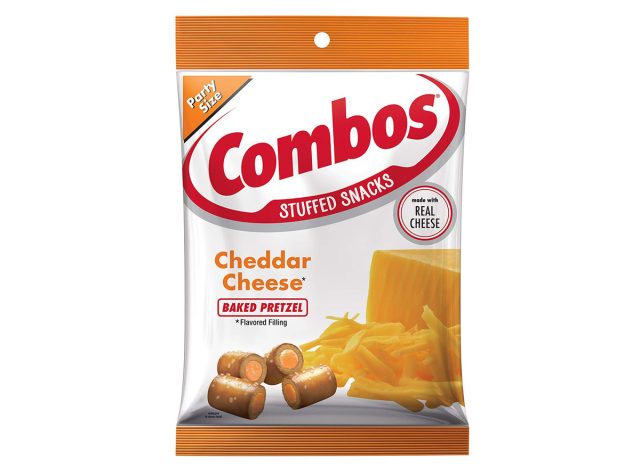 Hitting the market in 1985, Combos combines some of your favorite snacks into another snack that's both crunchy and creamy. The mini-snack packs were a childhood favorite, with Pizzeria Baked Pretzel and Cheddar Cheese Baked Pretzel being standout flavors. 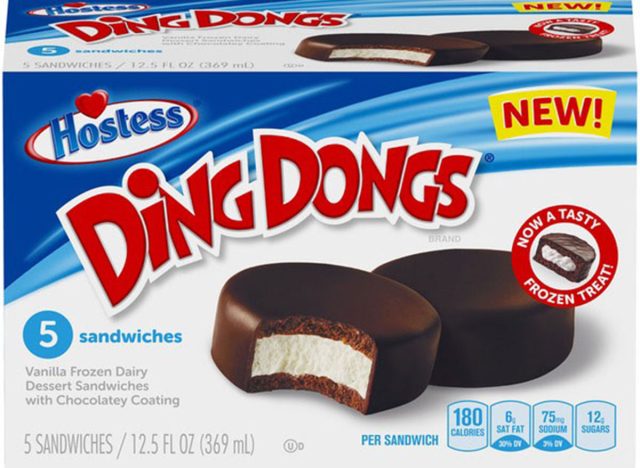 These cream-filled cakes were known by different names depending on where you grew up: Ding Dongs, King Don, or Big Wheels. Whatever you call them, there's no denying the allure of these chocolate cookie cakes

Discontinued (sadly) in 1991, this Hostess treat featured a chocolate-covered crust that gave way to a creamy vanilla or chocolate pudding filling—instead of the whipped cream filling, you find in a Twinkie. It was a good day when mom or dad dropped this in your lunch box!

Launched in 1988 (and on and off store shelves since), each packet of these treats came with about a dozen or so kangaroo-shaped cinnamon crackers paired with what never seemed like enough, soft, sweet icing in flavors of vanilla and chocolate.6254a4d1642c605c54bf1cab17d50f1e

RELATED: 14 Discontinued Iconic Snacks That Came Back After Popular Demand

Fruit that's actually candy and won't spoil sitting in your locker all day? Fun Fruits were small, gummy treats that grew on Fun Fruit trees (according to the ads anyway). You can still get these, but they aren't called Fun Fruits anymore, you'll have to look for Sunkist fruit snacks.

These were the cookies everyone tried to trade for in the cafeteria. The circular treat was made of shortbread, and the inside featured a soft, fudgy chocolate filling. Although they were discontinued, their legend lives on, naturally, on a  Facebook page demanding their return.

Introduced by General Mills in 1985, these radioactive-colored bottles with a twist cap are maybe the most kid-friendly drink of all time. You had to squeeze the bottle to extract the fruit-flavored juice. Flavors in the lineup included Chucklin' Cherry, Berry B. Wild, and Grumpy Grape. The squeeze party ended when they were discontinued in 2001, probably to the delight of dentists across the country.

As adults, we now know packing lunch every day for kids is tough, but when were kids we were just happy when our parents opted for a shortcut and gave us Lunchables—tiny kid-size slices of cheese, meats, and bread or crackers that were launched in 1988. Later came mini pizzas and more, but those early snack packs launched a love of cheese boards for millions of Americans.

RELATED: The Best & Worst Car Snacks for Your Next Roadtrip

Lime green and Ghostbusters-themed, this was the juice box of choice for discerning kids who loved the mix of orange juice, tangerine juice, and just a hint of slime. The movie tie-in drink lives in infamy and comes back every few years, most recently in 2019.

Tanya Edwards
Tanya Edwards is a seasoned food and health journalist, who has held roles at Yahoo Health as Managing Editor and at Food Network as Programming Director. Read more about Tanya
Filed Under
Groceries // Grocery Shopping // Lunch // Snacks