These new protein-spiked squeeze packs let you enjoy the creamy and satiating snack on the go.

Your average two-tablespoon serving of natural peanut butter packs in about seven to eight grams of metabolism-igniting protein. But if you're trying to whittle your waistline and curb your nut butter obsession, you might be skimping on enough protein. That is until you've slurped up RXBar's new line of nut butters.

RX Nut Butters have nine grams of protein and come in two-tablespoon-serving pouches. They come in three scrumptious flavors including peanut butter, peanut butter honey cinnamon, and almond vanilla. They're intended to be a "snacking condiment" that you can use on fruits or whole-grain crackers, CEO Peter Rahal told the Chicago Tribune. And while you can totally stack a PB&J with these portable spreads, Rahal revealed that the RX nut butters will eventually be sold in multiple-serving jars for your spooning pleasure. 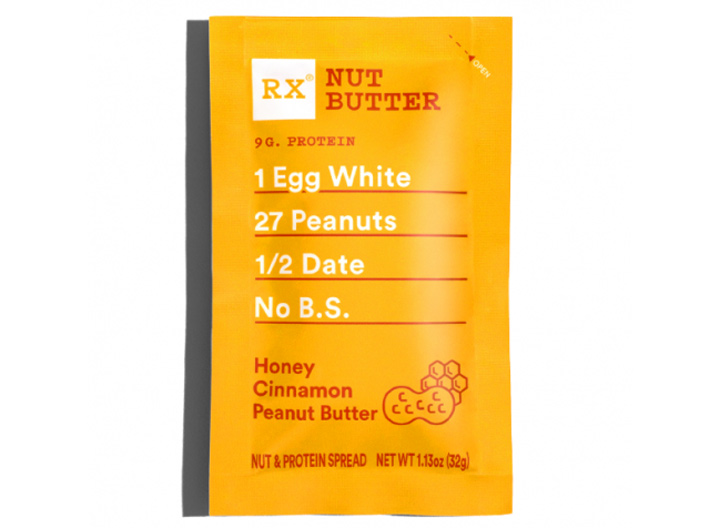 Just like its protein bars, RXBar packs its nut butters with egg whites for added protein. So, if you're following a vegan diet, these portable packs aren't for you. The flavored spreads also contain natural palate pleasers such as honey, dates, and cinnamon without hiking up the sugar or calorie content. In fact, the Honey Cinnamon Peanut Butter boasts 180 calories, 14 grams of fat (4 grams of saturated fat), 110 milligrams of sodium, 8 grams of carbs (2 grams of fiber, 3 grams of sugar), and 9 grams of protein. 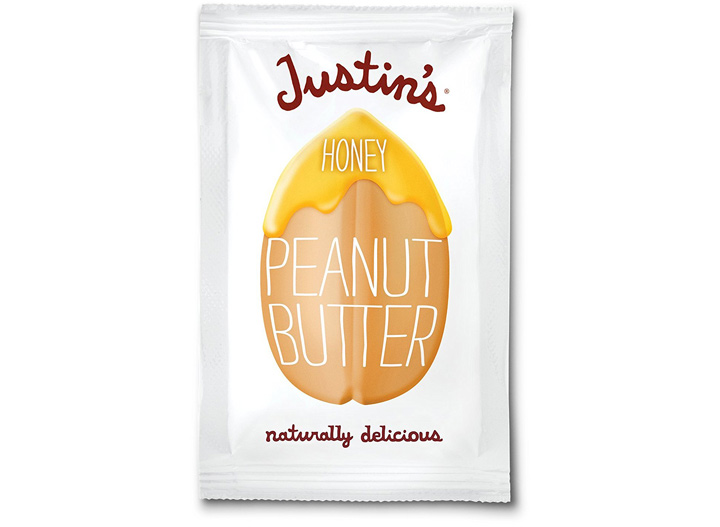 Looking to rev up your spread's protein content? Try Pintful's natural, vegan peanut butter. It contains 50 percent more of the muscle-maintaining macro—with 12 grams per two-tablespoon serving—coming from peanuts and organic brown rice protein. Now that you're inspired to spoon into the satiating dip, don't miss these 16 Things That Happen to Your Body When You Eat Peanut Butter.