A dietitian reveals what popular bag of chips you should always leave on the shelf at the grocery store.

Potato chips are one snack food that often gets a bad rap—often for good reason. You're likely not making your own potato chips from scratch at home by simply roasting them in the oven or using an air fryer to crisp them up without oil. Packaged potato chips are high in calories, carbs, fat, and sodium per serving.

And let's be real—it's far too easy to eat more than the actual serving size of potato chips in one sitting. Think about it: For most brands, anywhere from 13-20 chips is a serving size.

Yet, there's one chip flavor that's actually the worst among the bunch—and there are tons of chip flavors lining grocery store shelves. We asked Ilyse Schapiro MS, RD, CDN to help us uncover what option is forever a no-go, and you might find the worst potato chip flavor to actually be super surprising.

This one is hard to swallow, but you'll want to skip the salt and vinegar flavored potato chips.

"Salt is one of the main ingredients, which means this chip flavor is loaded with sodium," Schapiro says.

While most chips are also high in fat, carbs, and sodium and have no real nutritional value, the extra salt in this flavor makes it the worst of them all.

Other flavors with cheese—think sour cream and cheddar—actually show no real difference in calorie, carb, and fat counts per serving, according to Schapiro. So, it's really just the sodium that makes salt and vinegar the winner here—or rather loser, we should say.

Need more proof? Here are a few examples of popular chip brands' salt and vinegar offerings that you should steer clear of at the grocery store. (Unlike any of The 7 Healthiest Foods to Eat Right Now!)

"It's recommended to not consume more than 2,300 milligrams of sodium per day, and for some people, it's better to keep it closer to 1,500 milligrams [daily]," Schapiro says. "Plus, it's hard to keep it to [just] 13 chips, so the sodium is going to really add up."

"Even though the packaging looks healthy—and says it's non-GMO—these are not healthy, as the fat is high, so are the carbs, and of course the sodium," Schapiro says.

However, these chips make for a better pick than Herr's, and there's zero sugar—so that's the little silver lining. 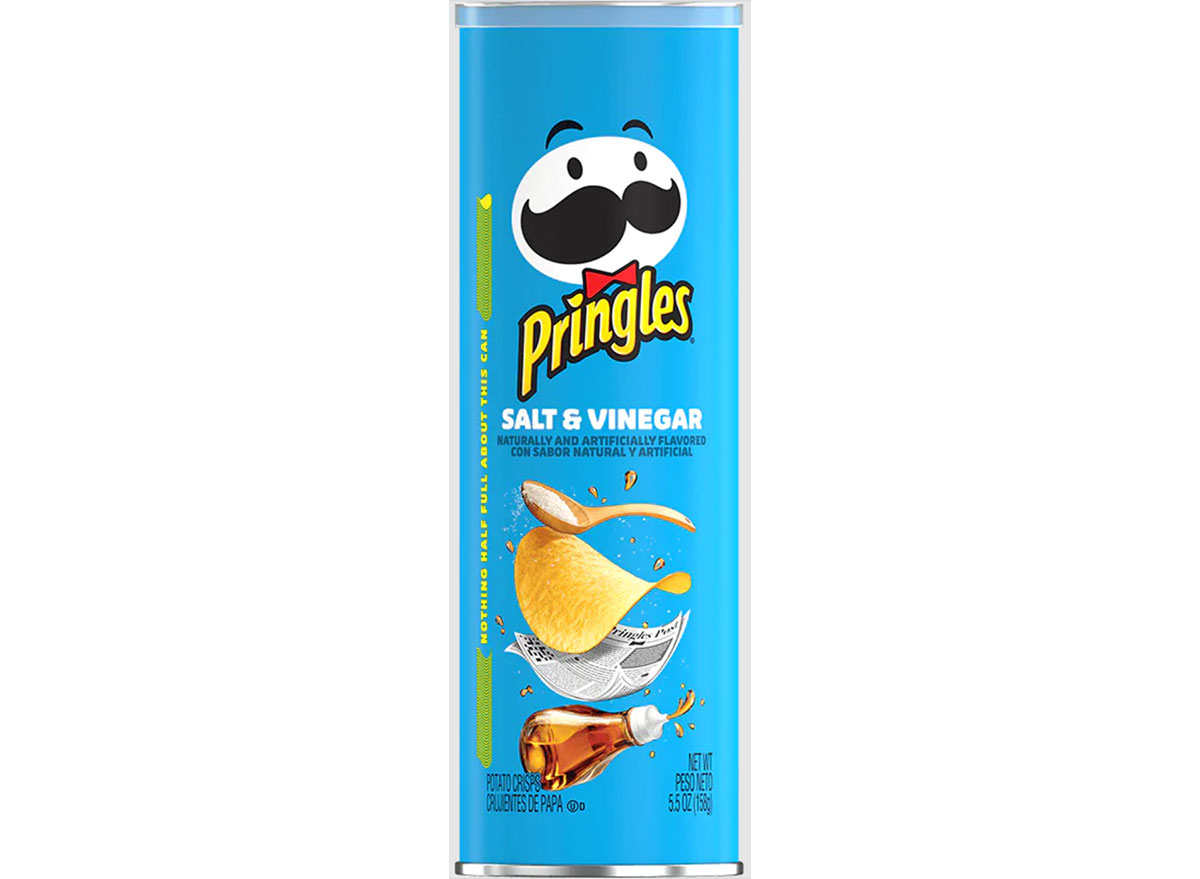 "These chips are high in carbs and low in fiber," Schapiro says, which is not an ideal snack combination.

There are the 180 milligrams of sodium here, Schapiro notes, proving this is yet another overly salty snack option. There's actually a bit more saturated fat, too, and only one gram of protein, as opposed to 2 grams like some of the other options have. 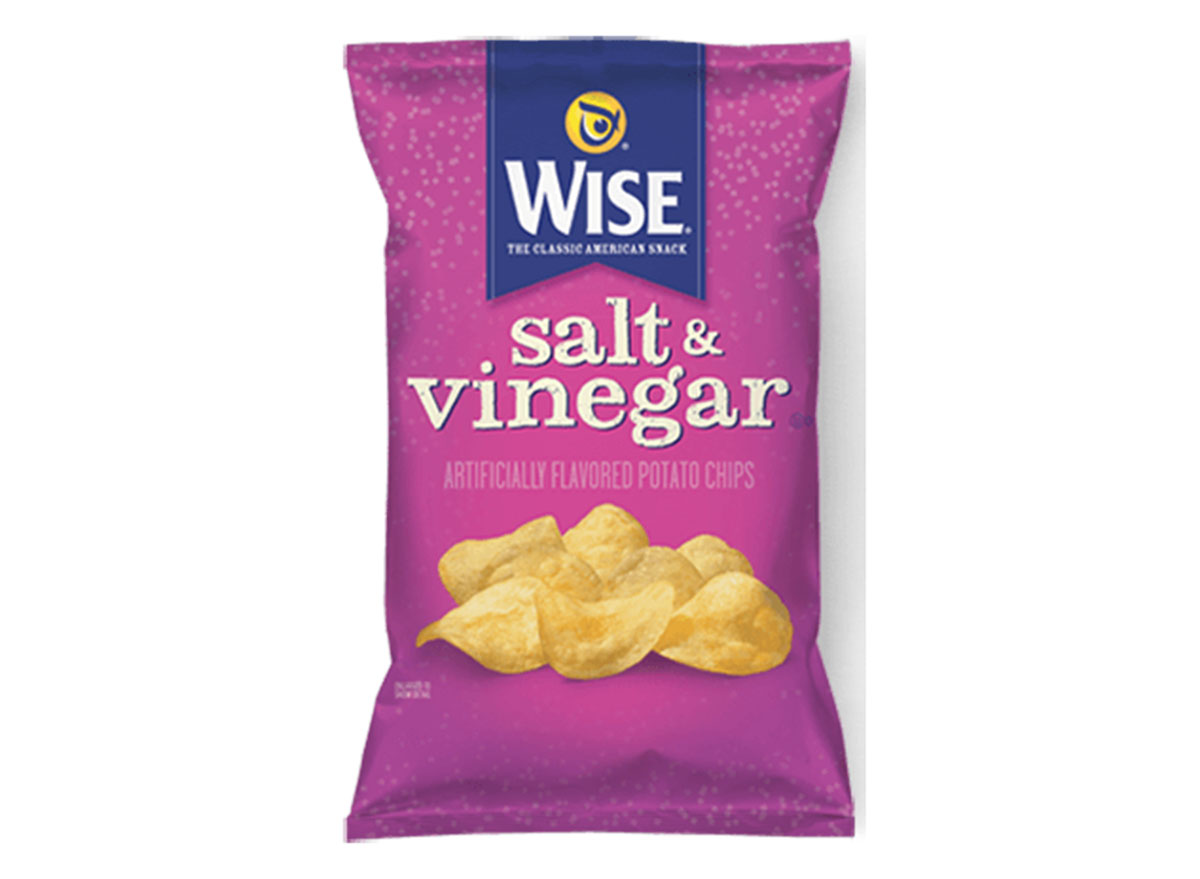 "The fat is high here, with 3 grams of saturated fat, plus the sodium is one of the highest among the salt and vinegar brands," Schapiro points out.

Saturated fat content, in excess, can be bad for your heart health, so finding chips with lower saturated fat is always a better pick.