Whether you abide by a vegan lifestyle or you just want to eat more plants, you'll want to pick up these books.

Going vegan doesn't have to be boring. In fact, armed with the right cookbook, and you can recreate vegan-friendly meals of your favorite foods—and discover some new ones. Whether you're dipping your toe into plant-based eating or you've been eating this way for years, there's a vegan cookbook for beginners and experts alike.

Here are the 11 best vegan cookbooks you can buy online right now—and just in time for the gift-giving season (or you can gift one to yourself, we don't judge)! Sharing is caring, right? 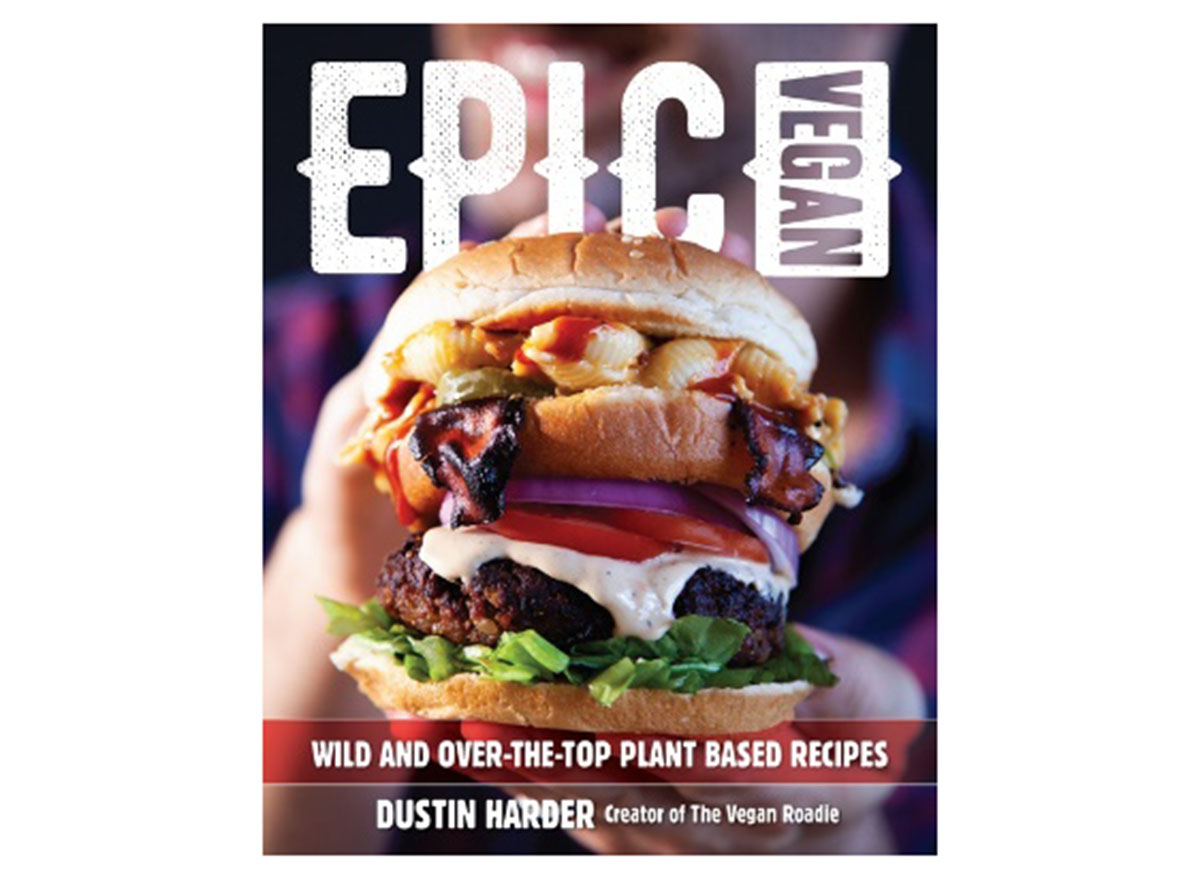 Dustin Harder, the creator of the vegan culinary travel series The Vegan Roadie, released his latest cookbook this year: Epic Vegan. The cookbook includes a plethora of comfort foods with a plant-based twist. Beginner cooks and experienced chefs alike can enjoy this book with recipes for "bacon" macaroni to something a bit more involved such as Monte Cristo rolls. Looking for more vegan options at the grocery store? 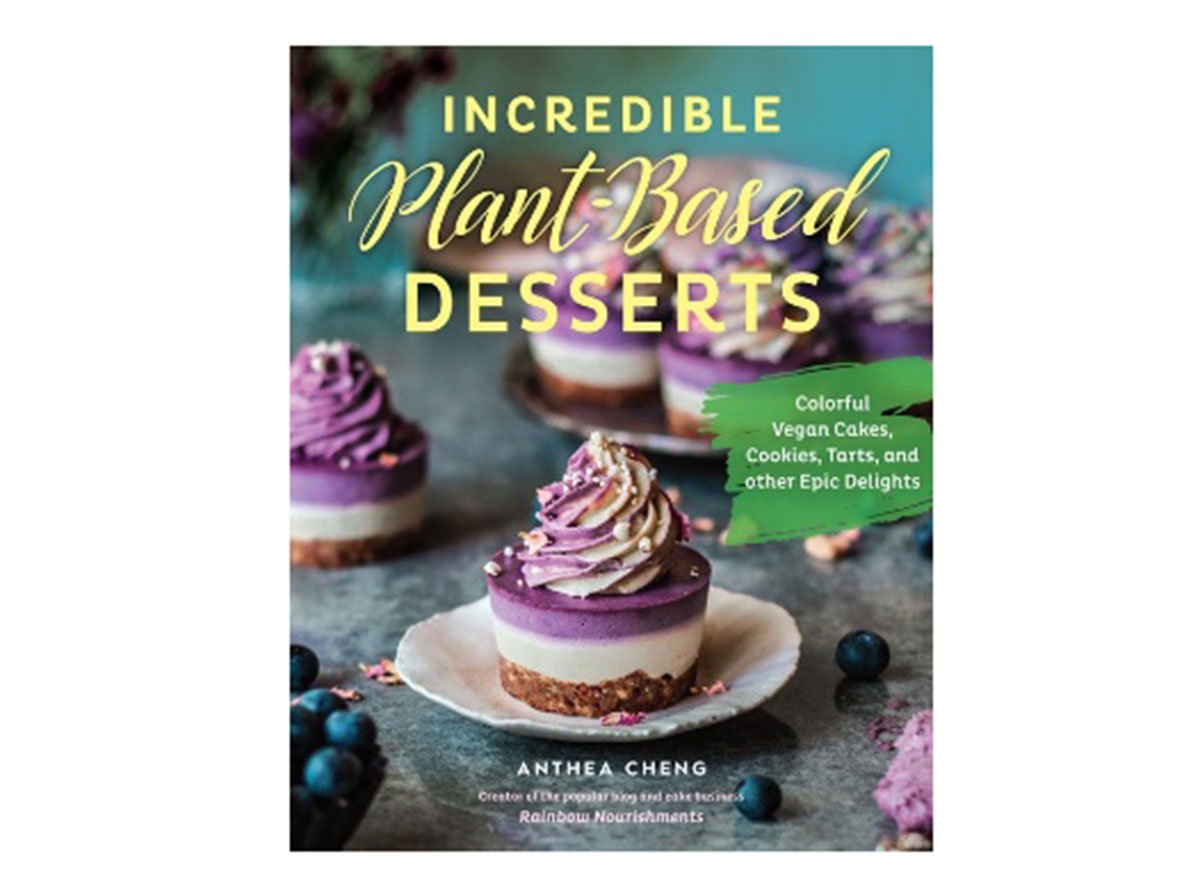 Making vegan desserts doesn't have to be a painfully long process. Imagine whipping up a vegan tiramisu or cupcakes with frosting made from a rainbow cashew buttercream. Anthea Cheng proves that you don't need to have animal by-products to make a decadent, delicious dessert. 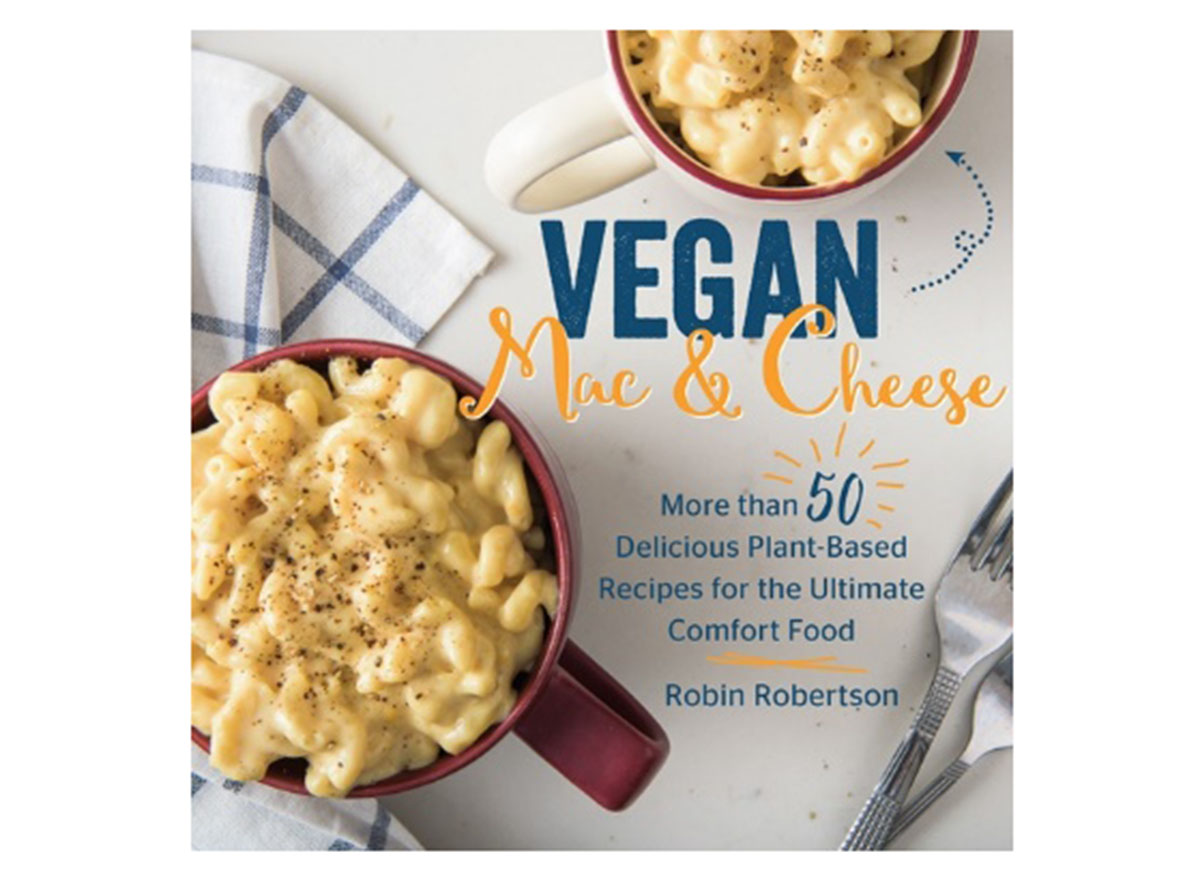 A cookbook that's all about vegan macaroni and cheese? Yes, please! Robin Roberston shares more than 50 different ways you can make the faux cheese dish with recipe names such as Arugula Pesto Mac UnCheese and Waffled Mac and Cheese. 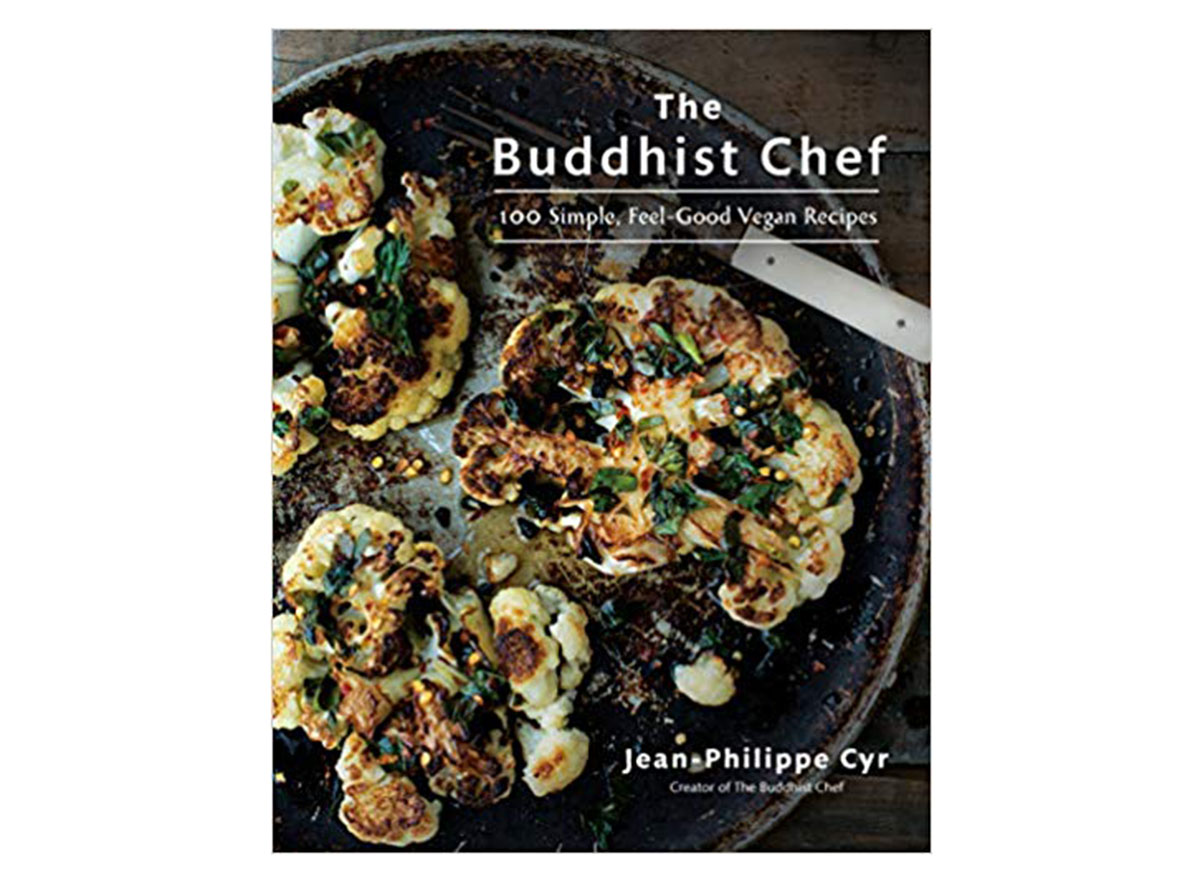 Jean-Philippe Cyr is the Buddhist Chef, having practiced Buddhism for more than 20 years, which inspired him to discover the beauty of veganism. Enjoy savory recipes like a mushroom poutine, as well as sweet ones, too, such as a coconut matcha energy balls. 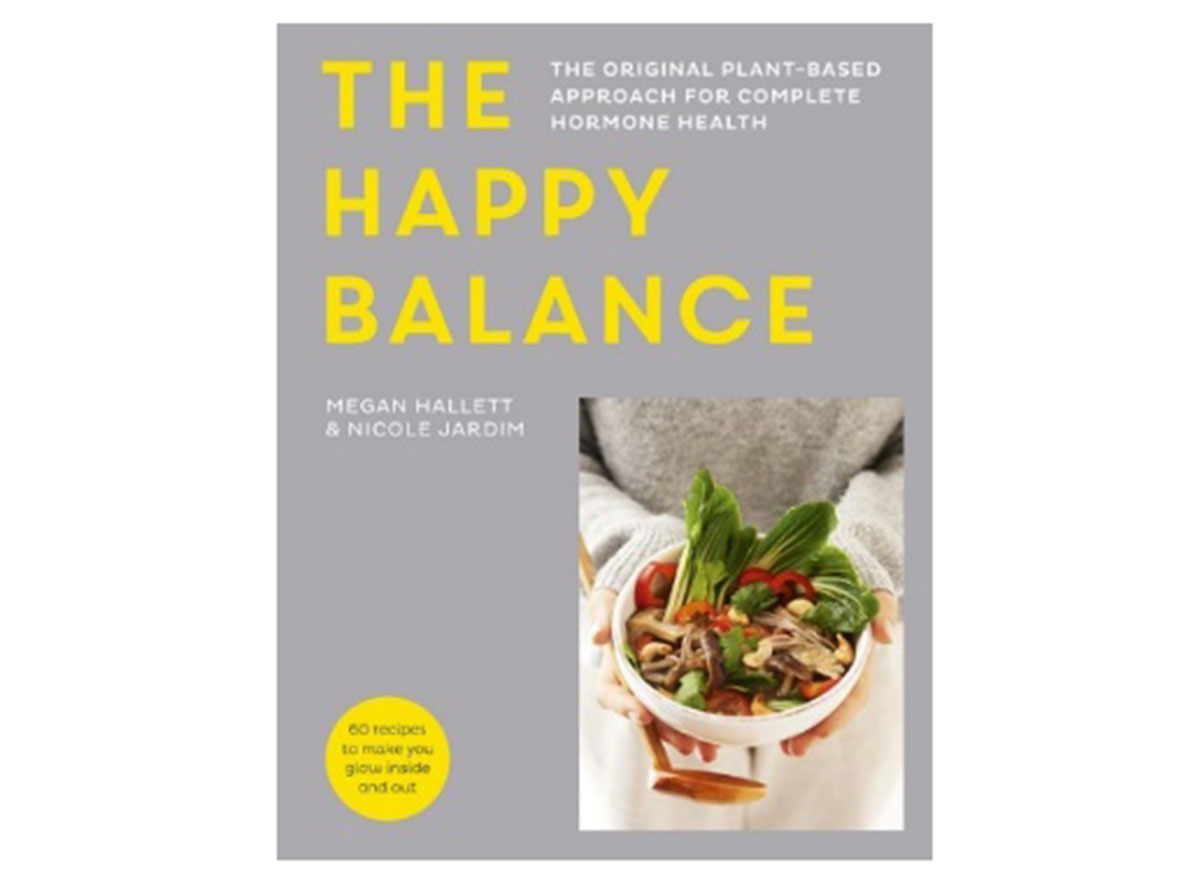 The Happy Balance is a compilation of recipes designed to promote hormonal balance, thanks to recipes from a nutrition and holistic health coach and a certified women's health and functional nutrition coach with a speciality in young women's hormonal health. This cookbook is chock-full of vegan recipes, including items like cherry cacao teff pancakes and beetroot and carrot burgers. 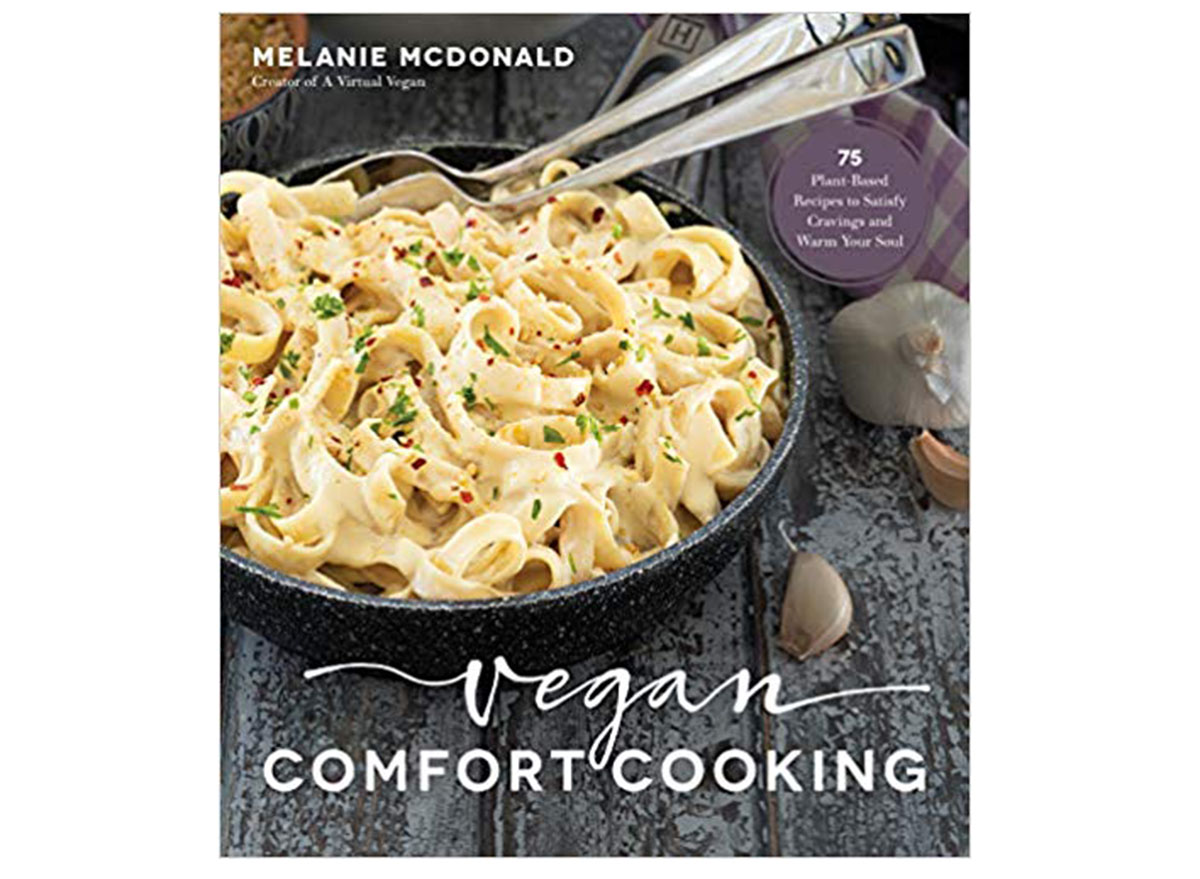 When you make the transition from vegetarian to vegan, you sacrifice a lot of ingredients that amplify the flavor and textures in some of your favorite foods, such as cream and eggs. However, what if you could make that sweet black forest crepe without the milk, butter, and whipped cream? Melanie McDonald has the solution to all of your problems in her latest vegan cookbook, Vegan Comfort Cooking. 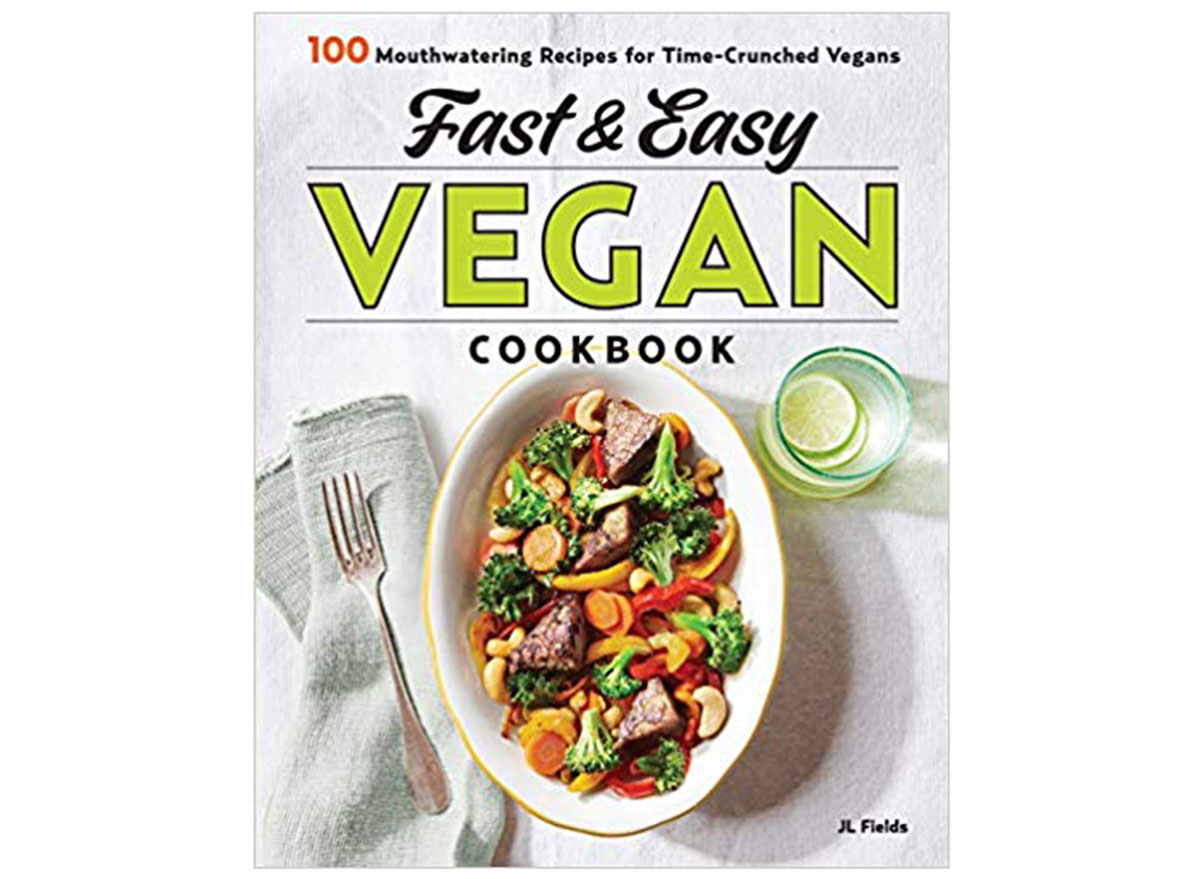 On a budget and always in a time crunch? This may just be the cookbook for you. With recipes that only take 30 minutes to prepare from start to finish, to those that only require five ingredients, you're bound to discover several new mouthwatering recipes to add to your weekly meal prep. 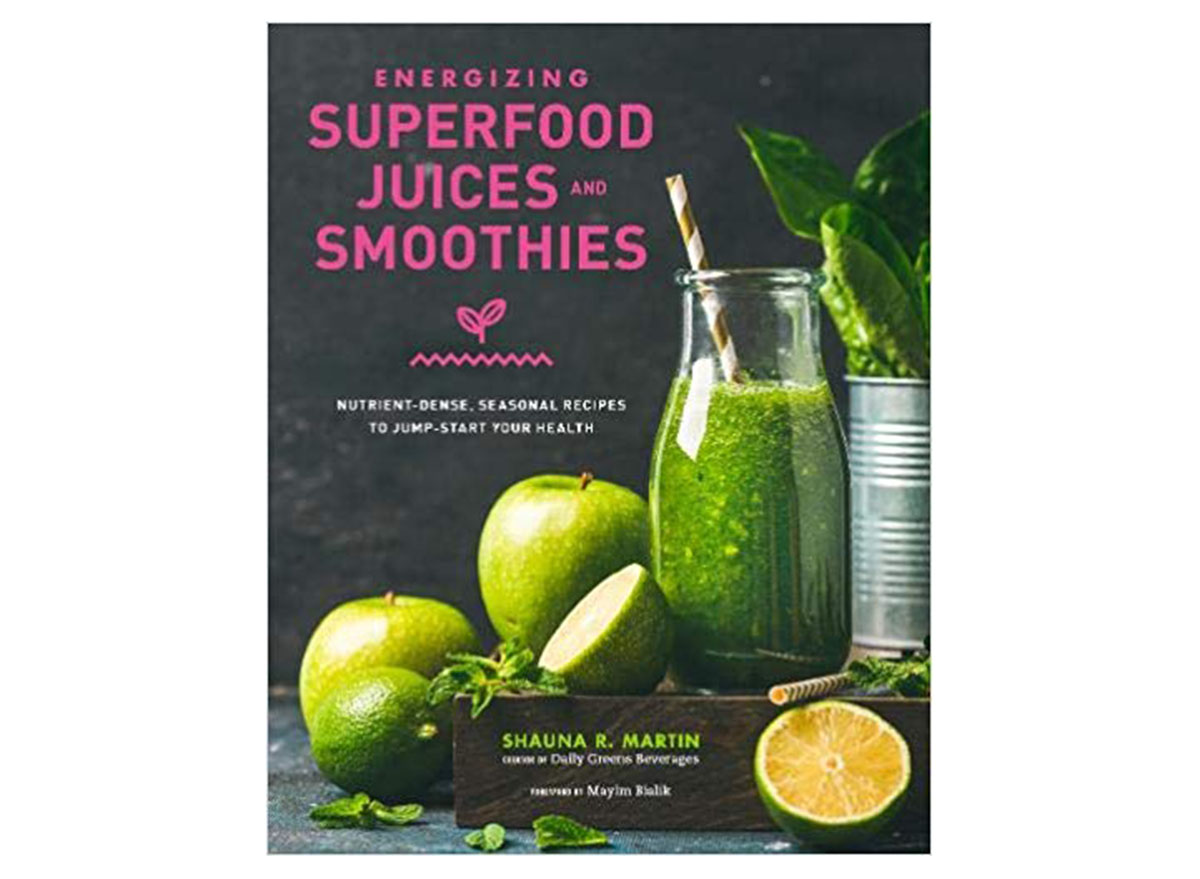 If you're into juicing, you'll love this book. Debuting just before Christmas on Dec. 17, you can pre-order the plant-based cookbook on Amazon and have time to wrap it before it goes under the tree. Aside from juice, the book contains smoothie recipes and even a few meals made from seasonal produce. 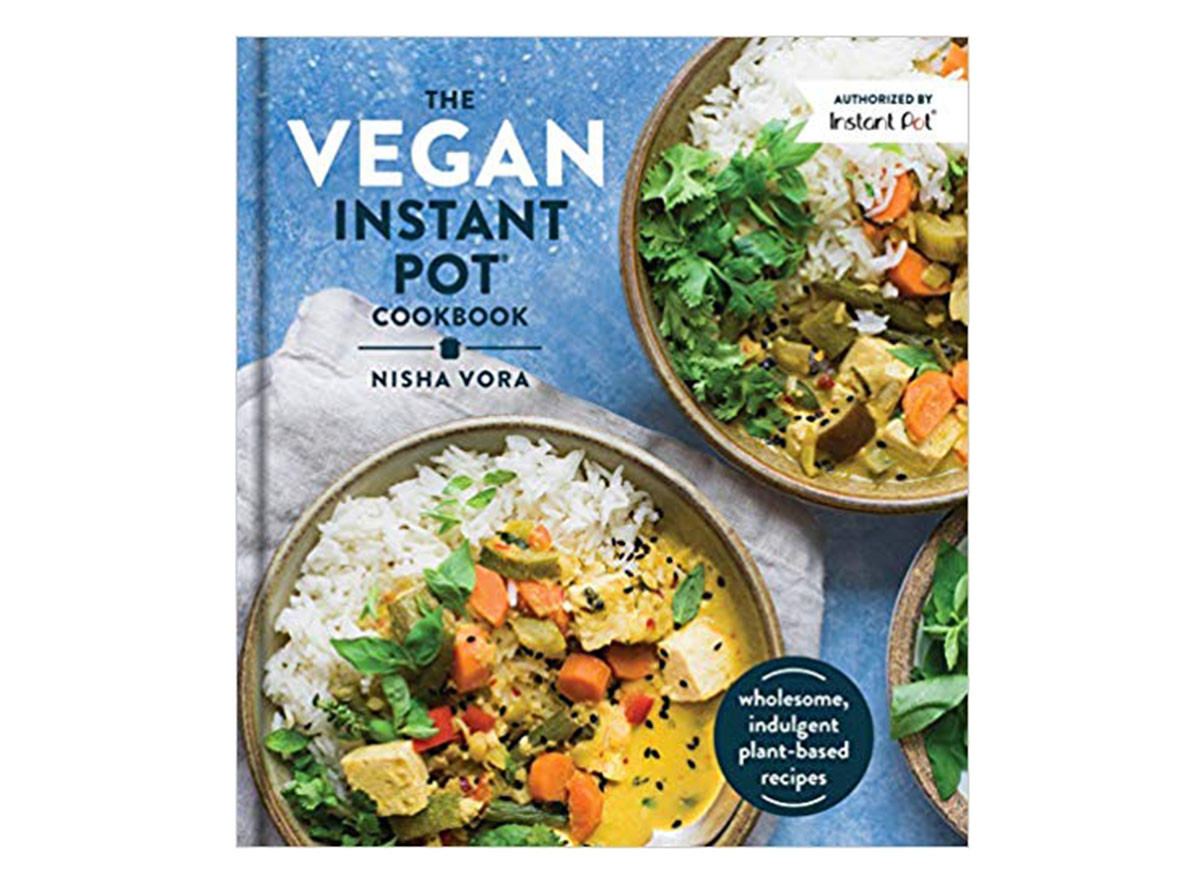 Interested in making miso mushroom risotto? How about a homemade coconut yogurt or pears poached in red wine? Nisha Vora has more than 90 vegan recipes that you can make in your very own Instant Pot. 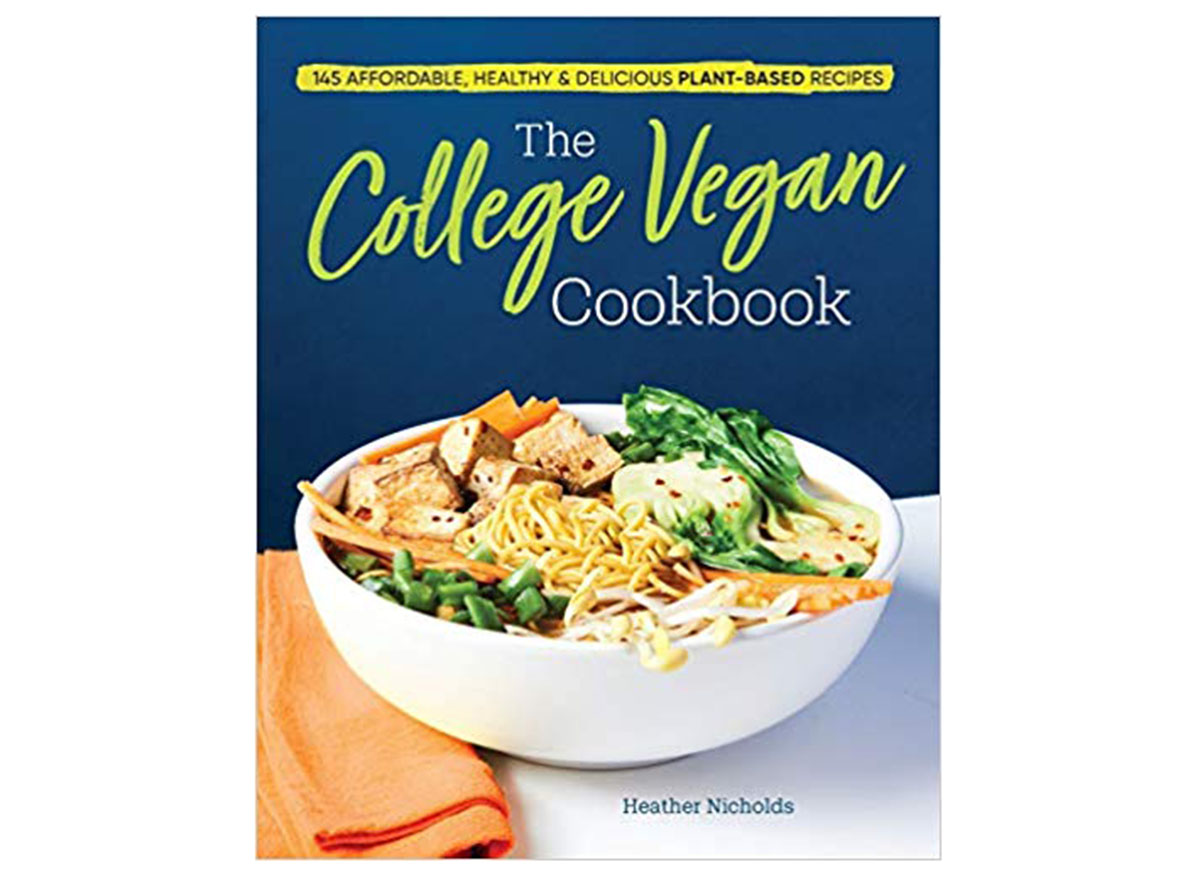 College can complicate healthy eating patterns and also make following dietary restrictions more difficult. One of the best vegan cookbooks of 2019 is The College Vegan Cookbook, which illustrates how you can stick to the vegan diet while being on a college budget and inconsistent schedule. Packed with 145 recipes, you'll never ask yourself "what should I eat tonight" again. 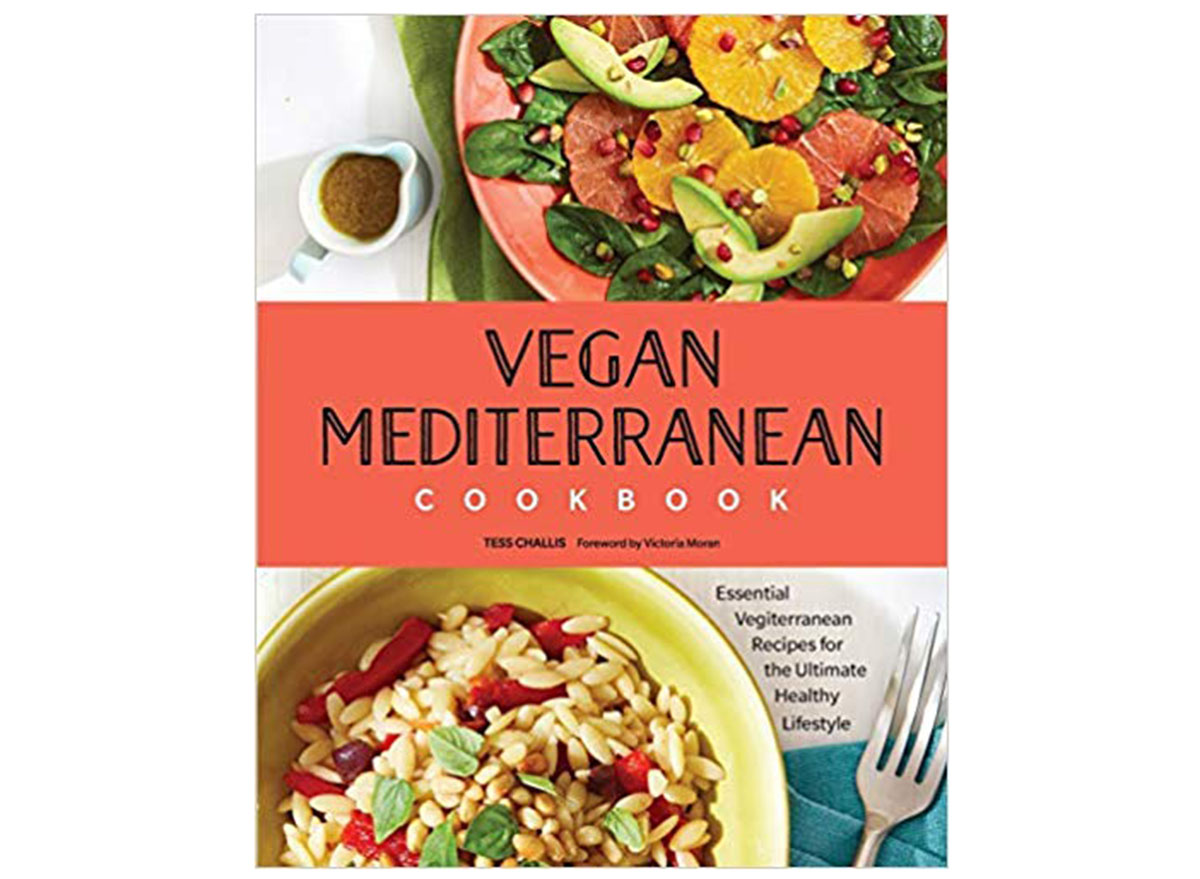 This book marries recipes from the Mediterranean diet with those that are strictly vegan. Some are even free of gluten, soy, and tree nuts, so this vegan cookbook is allergy-inclusive!

On the hunt for even more plant-based goodness? We rounded up the best plant-based packaged foods!