The Dangers and Side Effects of Drinking Coke

Russell Brand is to Hollywood as soda is the beverage aisle: They're both alluring bad-boys, and we just can't seem to get enough.

Though most of us know that sipping a chemical-laced cola is bad for our health and can make it near-impossible to lose weight, sometimes a craving for an ice-cold can is too difficult to ignore. We get it. But if you're looking for a way to kick the habit for good we have the answer.

A new infographic created by a former pharmacist breaks down what happens inside the body the first hour after polishing off a can of Coke in five- and ten-minute intervals. And honestly, it's downright horrifying. If this doesn't help you overcome your cola habit, we're not sure what will.

According to the graphic, ten minutes after your last sip an entire day's worth of sugar hits your system. The only reason it doesn't make you sick to your stomach is because Coke is filled with phosphoric acid (a chemical used in fertilizer and soap), which cuts the flavor of the sweetness.

Your blood sugar spikes, which causes an insulin burst. In response, your liver converts all the sugar it can get its hands on into fat—and right after you've downed a Coke, there are at least ten teaspoons worth in your system.

Because of all the sugar, you'll be hit with a surge of dopamine—much like when someone takes heroin.

Fifteen minutes later, nature is sure to call—and you'll literally piss away all the electrolytes, calcium (a nutrient that boosts satiety and builds strong bones) and water that your body was about to absorb and utilize. After a bit more time passes, expect a major sugar crash that leaves you sluggish and irritable. 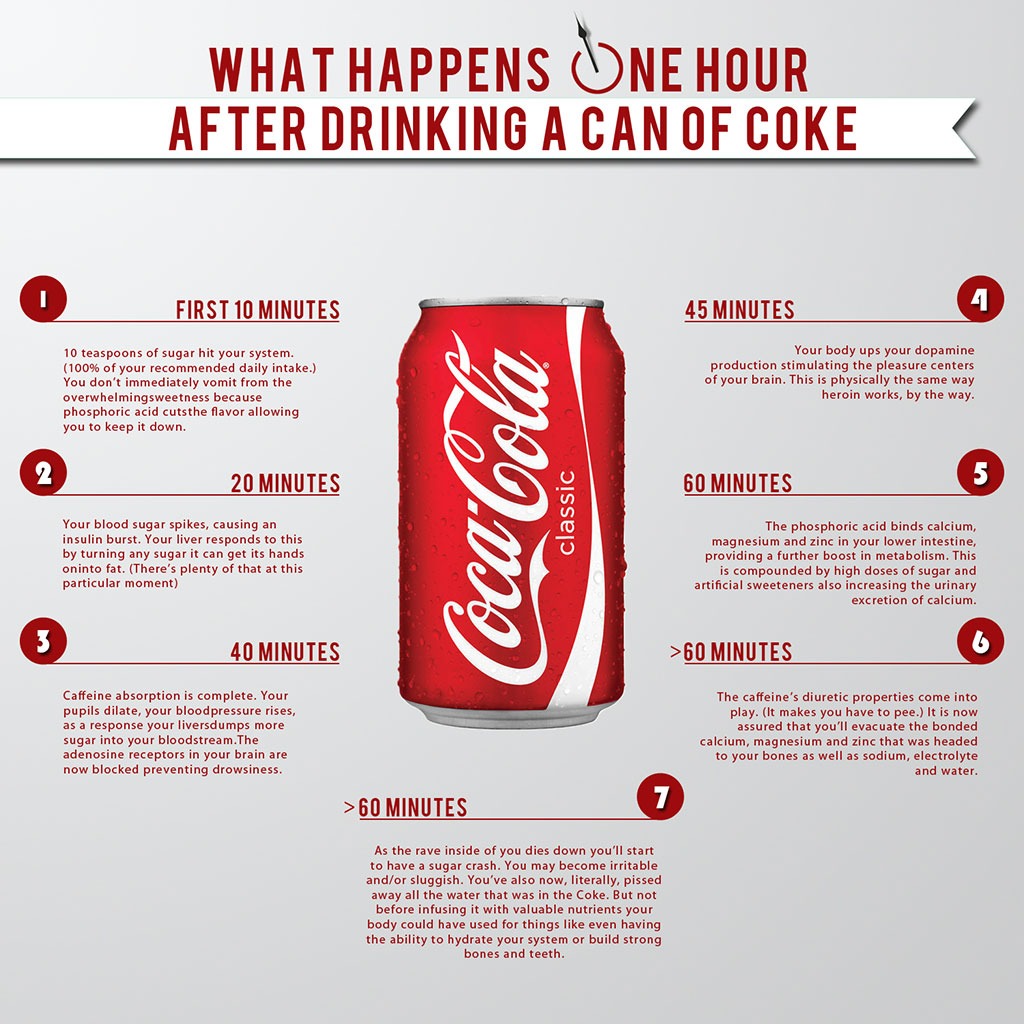