These Are the Fastest Drive-Thrus in America—Ranked!

Looking to get your food and get going? Head to Dunkin'.

When you order from a fast-food restaurant, you probably expect your meal to be, well, fast. Fast food can be a major timesaver for folks on the go—but when you have to wait 10 minutes inside McDonald's, you might start wondering how "fast" it really is.

If you're someone who frequents drive-thrus, in particular, you'll want to read this. It turns out, the fastest drive-thru is at Dunkin', which had a shorter drive-thru time than any of the other fast-food restaurants, according to QSR data.

Of course, part of that may have to do with the fact that Dunkin's food menu is considerably smaller than that of McDonald's or Chick-fil-A. And there's not much to customize with Dunkin's sandwiches, which could contribute to the faster time. Still, if you're looking for a truly quick meal, Dunkin' is a great option.

Here's how 10 popular fast-food chains stack up, ranked from the fastest to the least-fast. Along with each restaurant name, we're including the average speed of service in seconds of each fast-food chain.

Dunkin' doesn't have too extensive a food menu, and the chain doesn't offer combos with various side options, so it makes sense that this is the quickest drive-thru restaurant.

If you stop at the chain for a breakfast sandwich, don't miss the coffee drinks, too. Dunkin' has the best coffee in the country, according to the Harris Poll's EquiTrend Brand Equity Index.

Trailing Dunkin' in the second-fastest drive-thru spot is Wendy's. With an average speed of service time of fewer than four minutes, Wendy's serves customers their food in record time.

Like Wendy's, Burger King manages to serve customers in less than four minutes on average. Whether you're visiting the chain for breakfast, lunch, or dinner, you can expect a quick meal.

Taco Bell's menu has countless customizations, and you can even swap out which meat comes in your meal (or make it vegetarian with beans). But even with all of those options, it still made QSR's top five fastest drive-thrus.

With an average speed of service time of just over four minutes, Carl's Jr. rounds out the top-five list. Next time you're there, try the Beyond Burger for a plant-based alternative. 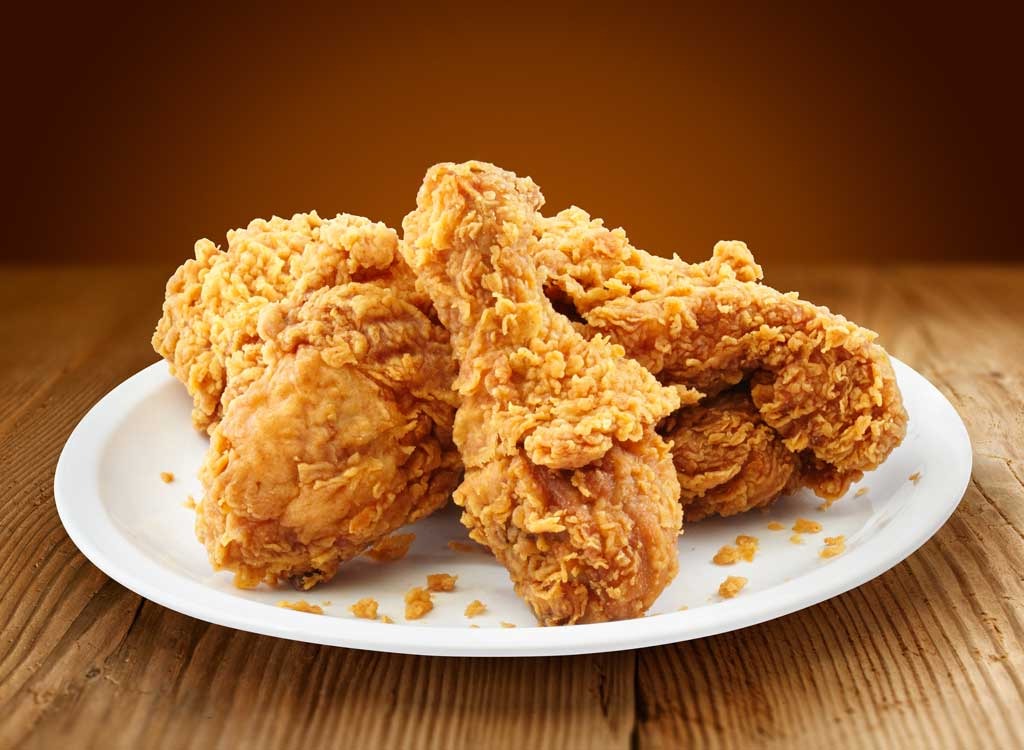 KFC bills its chicken as being "finger-lickin' good," but that doesn't translate into it being one of the fastest drive-thrus. (Still, it's less than four seconds slower than Carl's Jr., on average.)

Thinkin' Arby's? Be prepared to wait between four and four-and-a-half minutes for those curly fries and the Beef 'n Cheddar sandwich.

Dunkin' has a good 50 seconds on Hardee's, in terms of average speed of service. But it might be worth the stop for those signature Thickburgers.

The Golden Arches have some of the best fries in the country, but you'll have to wait for them. McDonald's was the second-to-last on QSR's list.

Chick-fil-A landed at the bottom of QSR's list, but that likely won't stop devotees of the chain from getting their fried-chicken fix. If a good sandwich is worth the wait, people will keep lining up at the Chick-fil-A drive-thru.

As QSR points out, fast-food restaurants are an average of 20 seconds slower than they were in 2018, but with all of the new fast-food offerings, like the mac and cheese at Chick-fil-A, it might be worth the wait.

Meghan De Maria
Meghan De Maria is a senior editor at Eat This, Not That!, specializing in food, product, and restaurant coverage. Read more about Meghan
Filed Under
Chick-Fil-A // Fast Food // McDonald's