Surprising Side Effects of Consuming Too Much Coconut Oil, Says Science

It feels like coconut oil can pretty much be used for anything these days. Whether it's being used as a skin moisturizer, a hair ointment, or a cooking fat, it seems coconut oil is here to stay.

And even though it has made a name for itself as a popular "healthy" oil option, there is still so much we don't know about the benefits and side effects of consuming it.

While more research still needs to be done on the lasting effects of consuming coconut oil, experts have found that it may not be as healthy as we've been told.

Read on to learn some of the surprising side effects of consuming too much coconut oil, and for more healthy eating tips make sure to check out The 7 Healthiest Foods to Eat Right Now.

Although many people consider coconut oil to be healthy, it has actually been shown to have negative effects on our cholesterol and cardiovascular health.

After looking at multiple clinical trials on the consumption of coconut oil, a report from Circulation concluded that coconut oil significantly raises our LDL cholesterol (otherwise known as "bad cholesterol") levels when compared with other oils such as palm, olive, and grape seed oil.

RELATED: Get even more healthy tips straight to your inbox by signing up for our newsletter!

You'll consume a lot of calories from fat 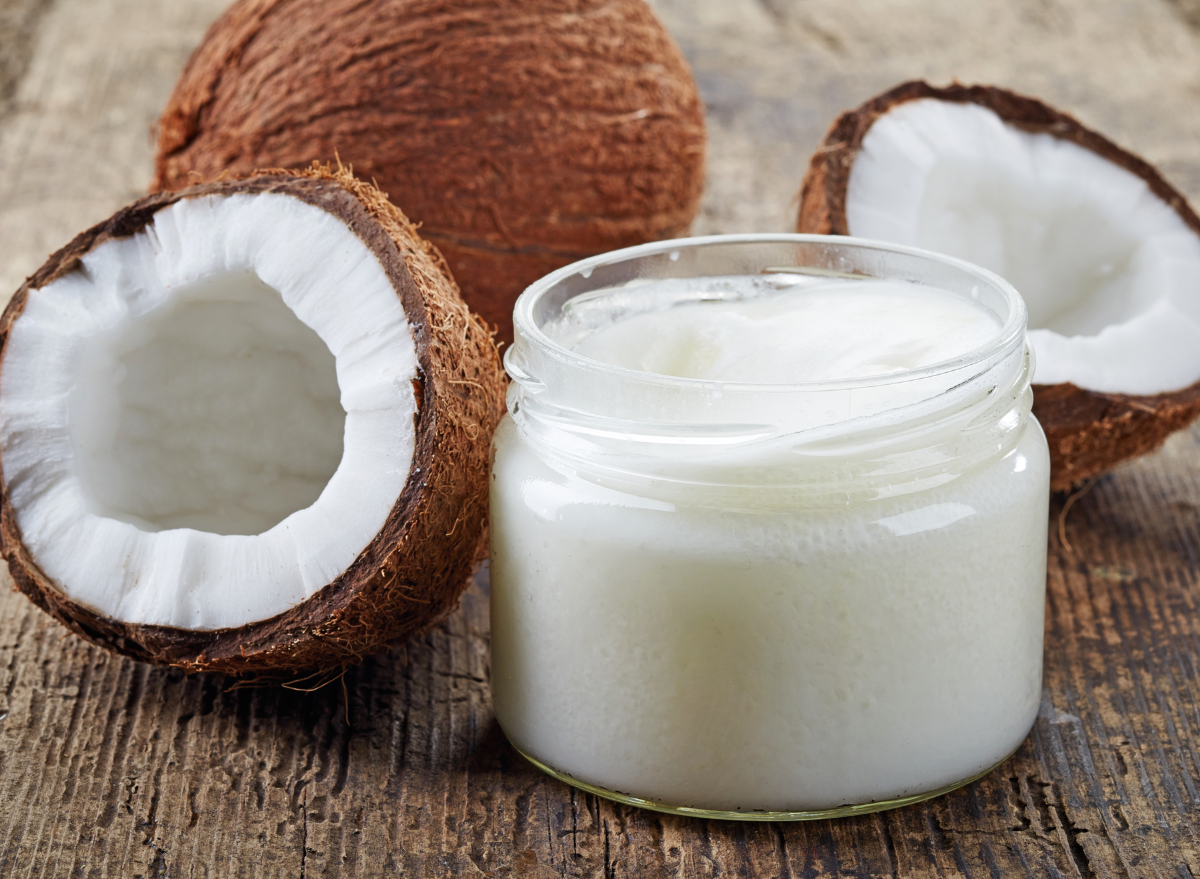 What may come as a surprise is that although coconut is considered a healthy oil option by many people, about 80 to 90% of it is made up of saturated fat, which is about 11 grams per tablespoon.

Because of its association with high cholesterol and cardiovascular disease, the American Heart Association (AHA) recommends trying to limit your consumption of saturated fats whenever you can and even suggests staying under 6% of your total daily calories.

According to a report from Nutrition Reviews, consuming coconut oil is comparable to consuming most other saturated fats, and there isn't enough research yet to determine if it should be considered a healthier option. 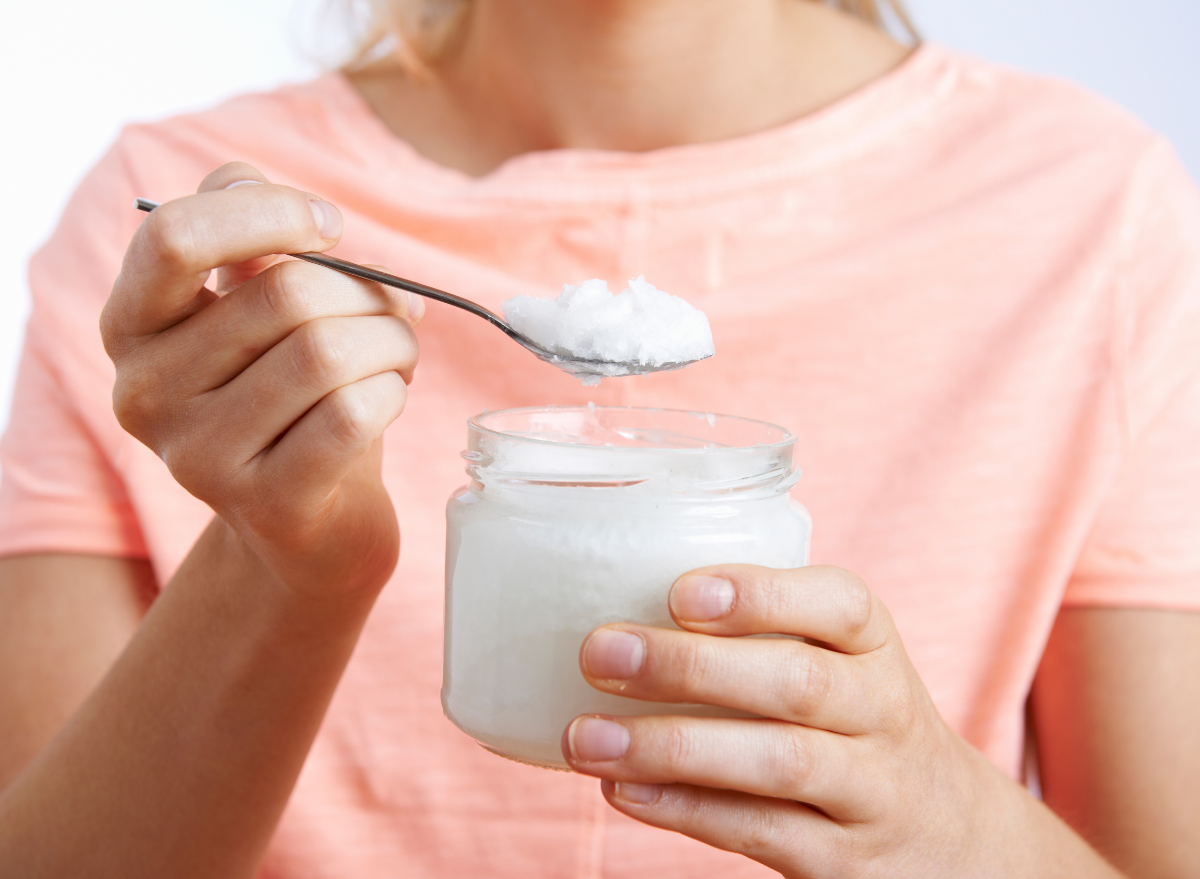 For some, eating too much coconut oil can cause mild stomach discomfort. A report published in Evidence-Based Complementary and Alternative Medicine covered a study of 32 people who regularly consumed coconut oil twice a day for eight weeks. Of these participants, about 72% experienced diarrhea, while only about 19% reported stomach aches.6254a4d1642c605c54bf1cab17d50f1e

This study was limited because the participants were only between the ages of 18 to 25, so more research still needs to be done on the effects of too much coconut oil on other age groups.

Regardless of your age, if you experience these types of stomach-related side effects after eating coconut oil, it might be a sign that you're consuming too much of it.

RELATED: One Side Effect of a Healthy Gut, New Study Says 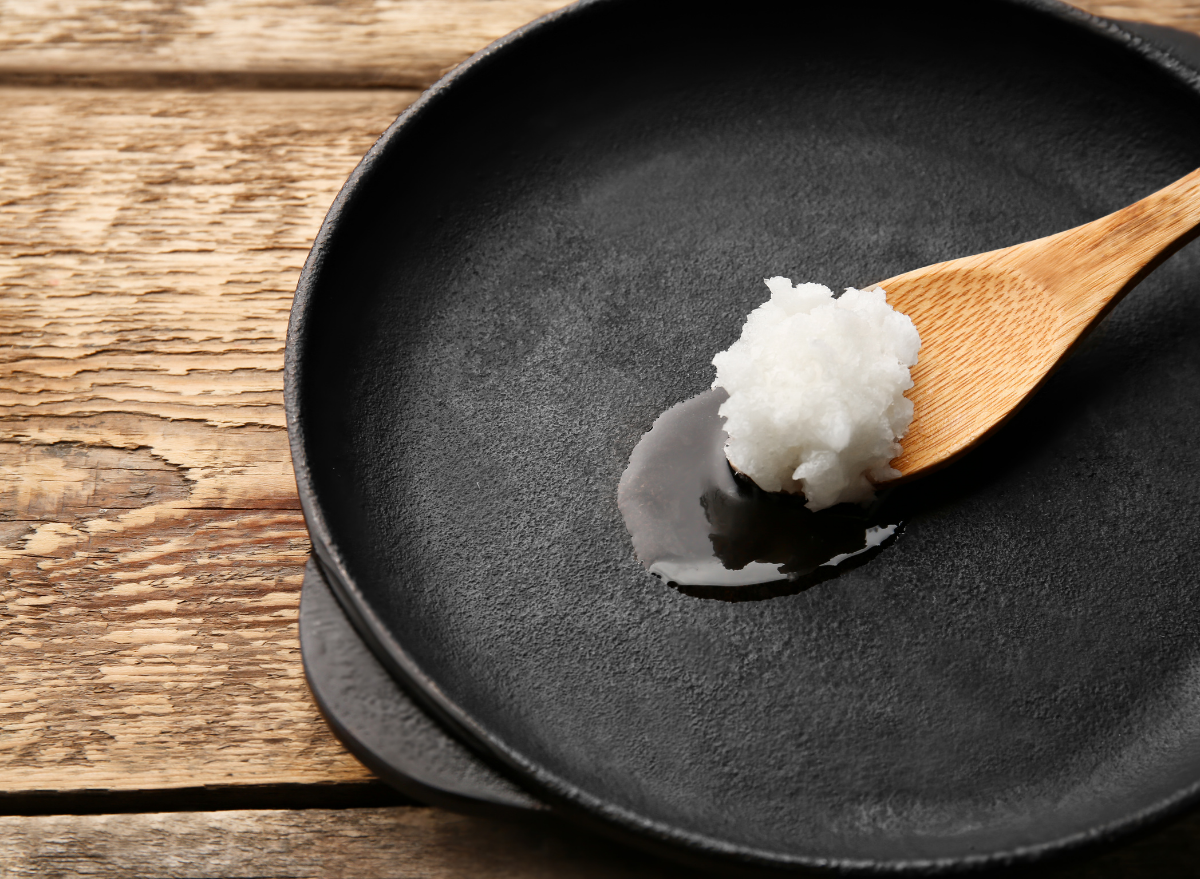 There is still a major disparity between what people believe about the health benefits of coconut oil and its scientifically proven benefits. In a survey from the New York Times, 72% of Americans decided that coconut oil is healthy, but only 37% of nutrition experts agreed with this claim.

According to the Harvard School of Public Health, many people mistakingly believe that because certain parts of the world who largely consume coconut oil have lower cardiovascular disease rates and cholesterol, that it must mean it's healthy to consume.

They also point out that other factors related to diet or lifestyle could play a larger role in these regions, and therefore coconut oil may not have the same effects on a western diet.

It's also noted that many of these cultures are not consuming the same type of processed version of coconut oil that is common in the western part of the world.

While more research continues to be done on the long-term health effects of coconut oil, it's important to follow the dietary guidelines on saturated fats whenever possible.