The chips you pair with your favorite guac can make all the difference—here's what's worth dipping into!

We would definitely consider tortilla chips to be a household staple. Whether they're an afternoon snack with some homemade guacamole, a side to a cheesy quesadilla for dinner, or the base for a heaping plate of nachos, there's never a bad time to munch on a few chips. The problem with tortilla chips though, is that once the bag is opened, you never know how many you'll eat. It's that salty flavor that makes them so delicious, but it's also not the healthiest snack in your pantry.

That's why is important to be aware of different tortilla chip options on the market, as well as the ones that are hiding all that sodium, so we decided to rank them in a list of the best and worst options. All of these options can be found in major grocery stores.

How we judged the tortilla chips

To rank them properly, we first looked at proper serving sizes. Because the chips vary in size, servings are typically measured in ounces rather than number of chips. One serving is one ounce, which on average is between 7 to 10 chips.

We looked at the amount of sodium per one serving of tortilla chips, as the sodium is what adds up quickly when it comes to chips. The higher the sodium, the more unhealthy the chips. However, for the brands with the same amount of sodium, we then looked to the calories. Fewer calories means healthier chips, so the serving of chips with fewer calories had a higher rating than its competitors.

With that being said, here are the best and worst tortilla chips. 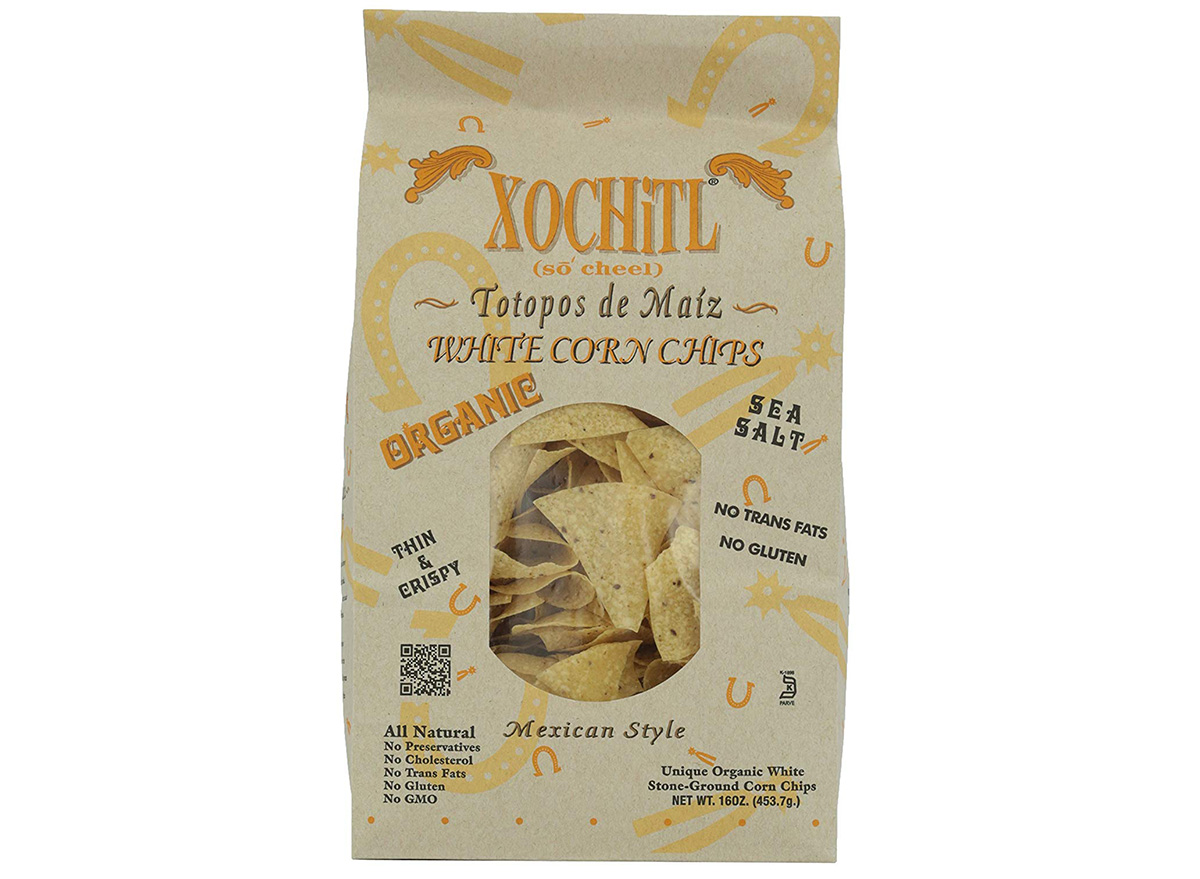 Despite the Xochitl Organic White Corn Tortilla Chips being paper-thin, they still manage to pack the sodium in each serving. But with 105 milligrams in one serving, they are still considered a healthier option in terms of sodium, compared to those on our worst list. 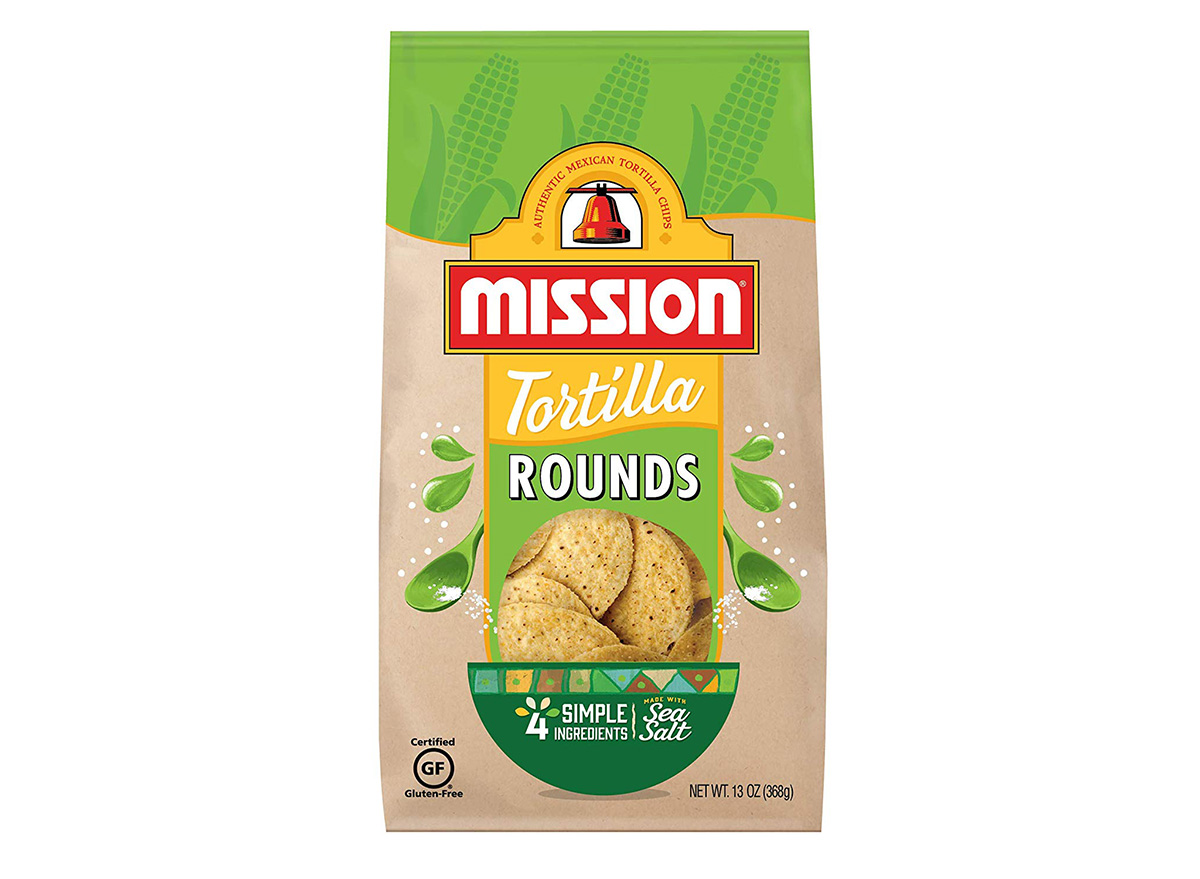 Mission Rounds Tortilla Chips boasts its authentic Mexican four-ingredient recipe, which is no doubt impressive, but one of those ingredients is sea salt, which comes through in the sodium count at 90 milligrams per one serving. However, keeping a simple ingredient list is what helps keep these chips on our best list. 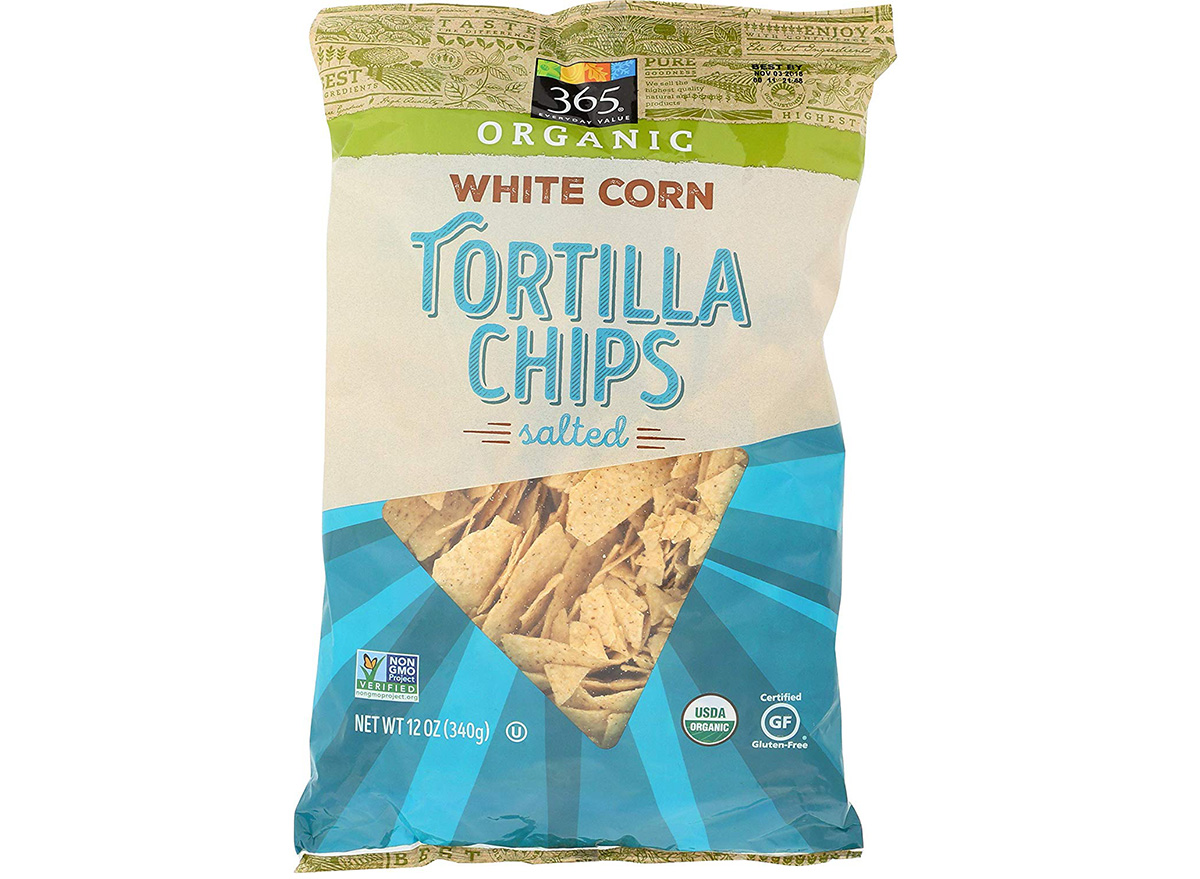 Whole Foods' 365 brand now makes a tortilla chip, and it's relatively low in sodium. However, it is higher in calories compared to our top spot winners, so it came in second. One serving has 65 milligrams of sodium and 150 calories. 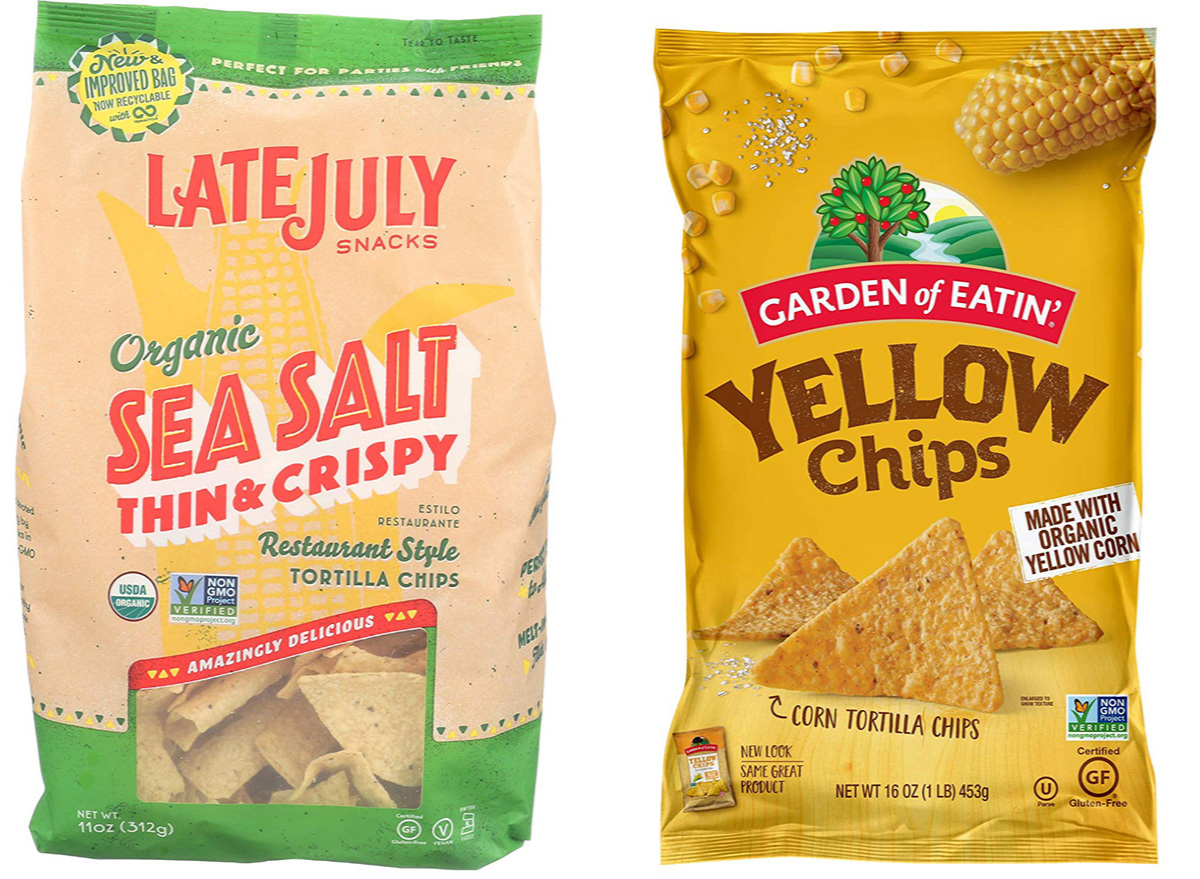 That's right! Garden of Eatin' Yellow Corn Tortilla Chips have the same exact nutritional information as Late July's chips, making them both the best tortilla chip you can buy in terms of lower sodium. Both of these options have the best nutritional value. Next time you're looking for a low-sodium tortilla chip option, these two options should be your go-to.6254a4d1642c605c54bf1cab17d50f1e

And now, the worst tortilla chips 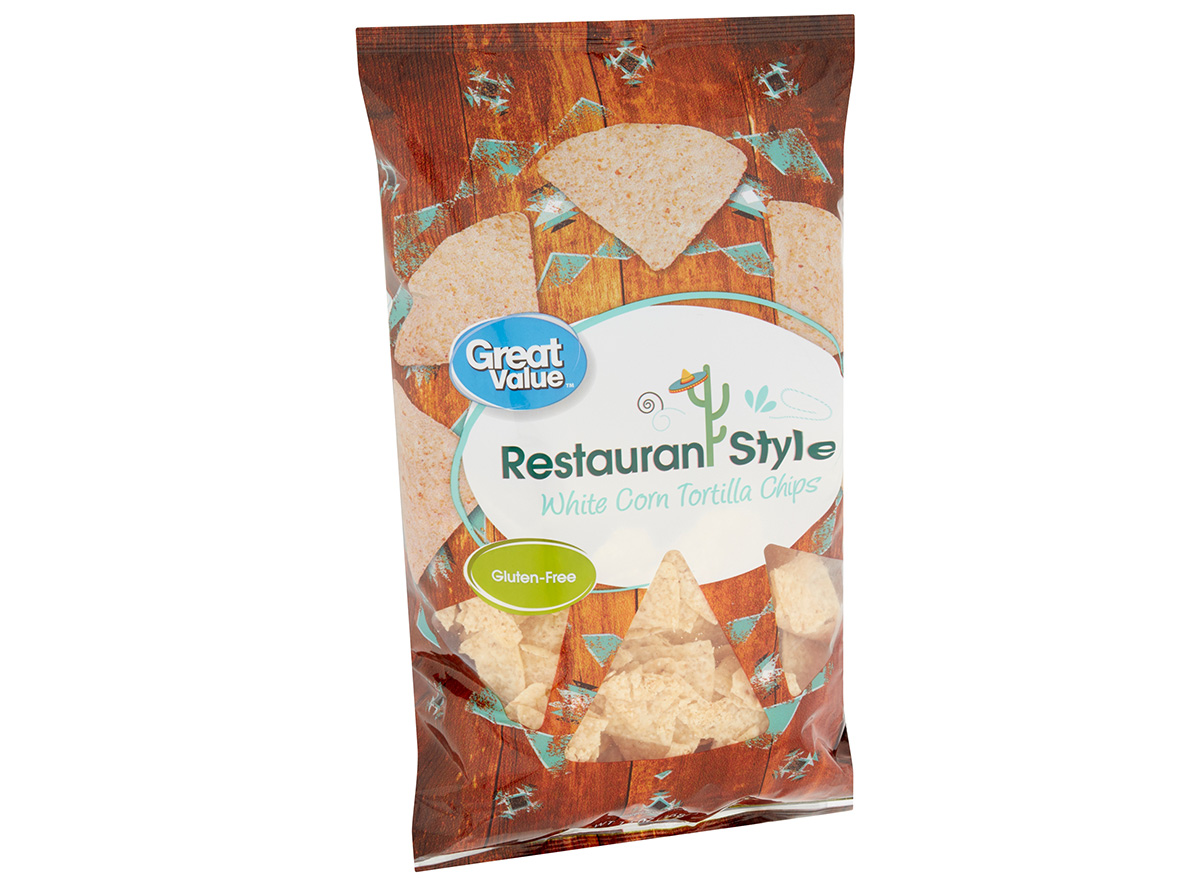 The Great Value products are sold at Walmart—a major grocery place where millions of people go shopping for food. But with 110 milligrams of sodium per serving, they just made it on our "worst" list because they have 5 milligrams of sodium more than the Xochitl chips on our "best" list. 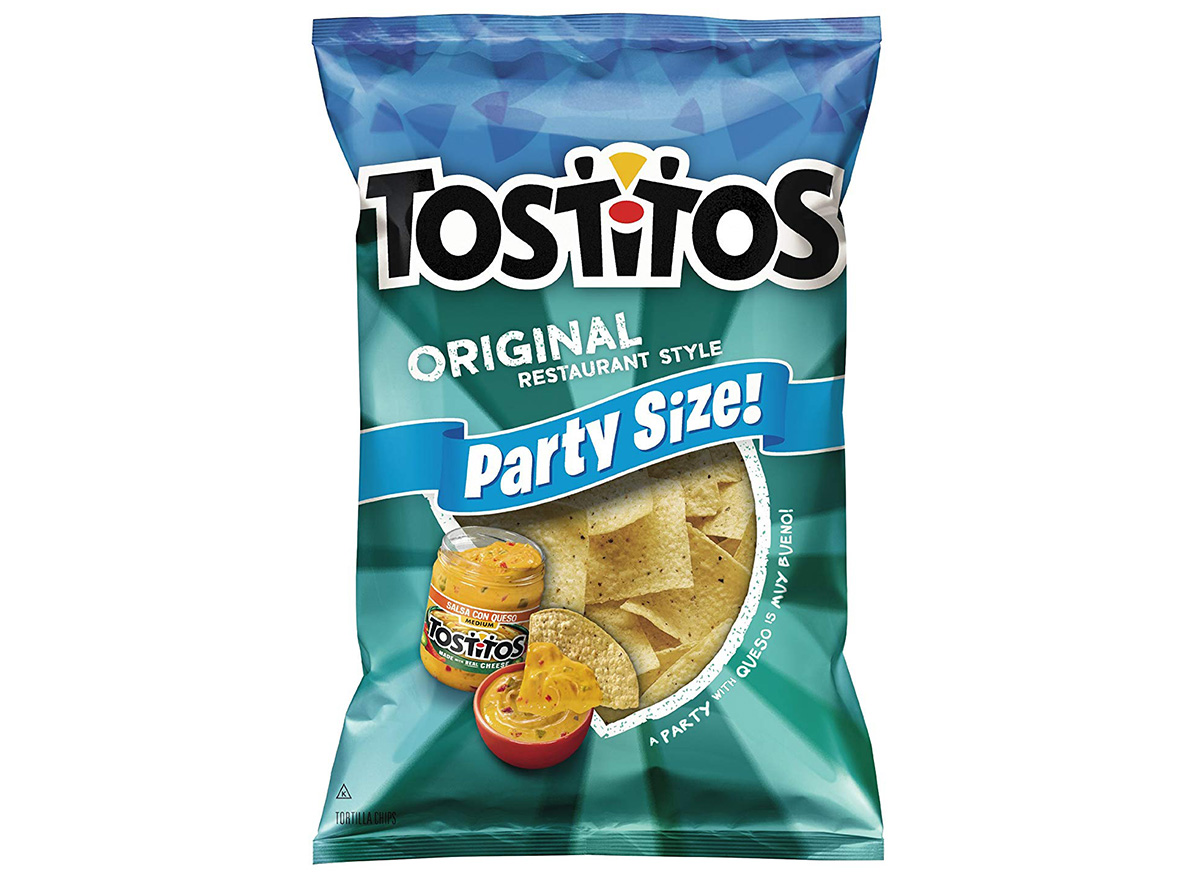 When it comes to the variety of tortilla chips, Tostitos definitely has the most. Unfortunately, not only does Tostitos have a lot of chip options, but they also have a lot of sodium. The Original Restaurant Style has 115 milligrams of sodium per serving. 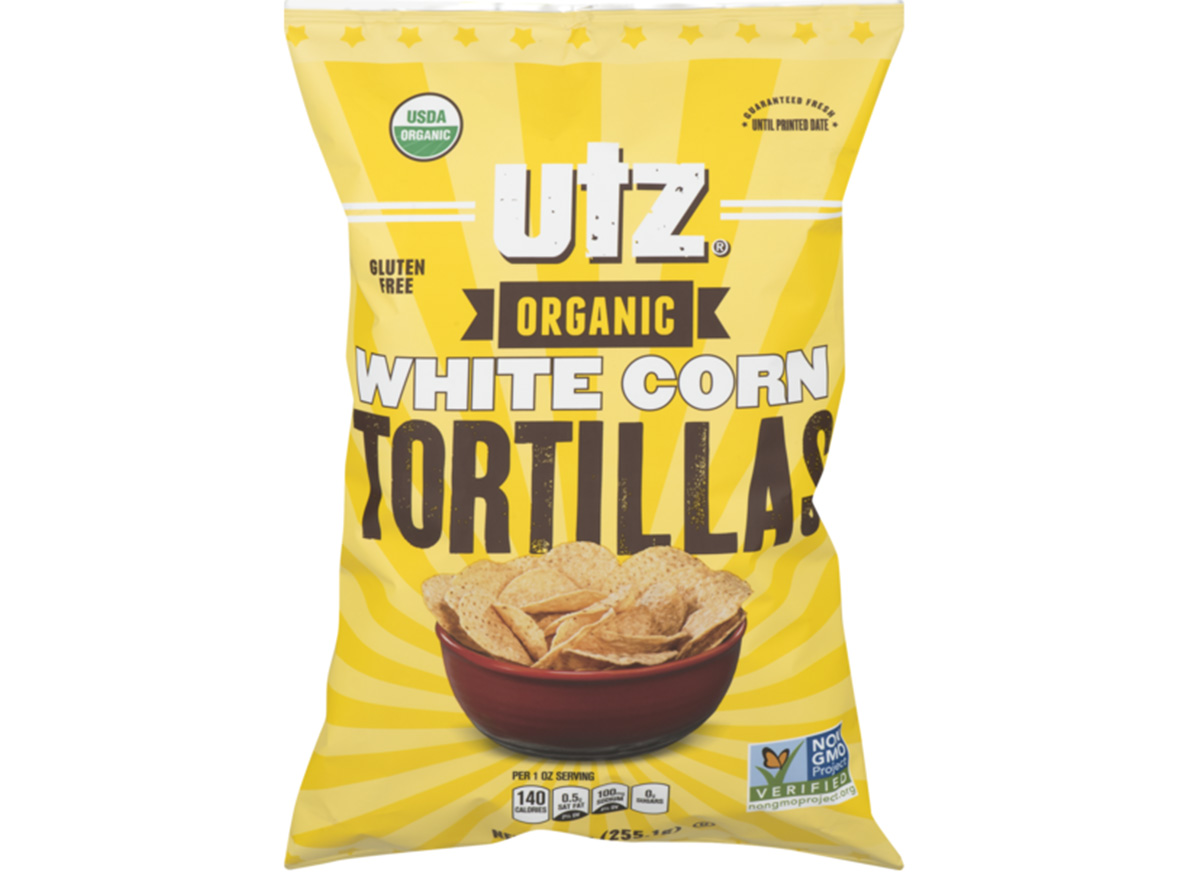 When we think of Utz, the first thing that comes to mind is the delicious salty pretzels, so it's not surprising they bring the same salt flavor to the next level with their tortilla chips as well. Coming in as one of the worst for sodium, the Utz Organic White Corn has 120 milligrams of sodium in one serving, which is not the worst of the worst, but it's up there.

These Trader Joe's chips may be easy to grab, but they aren't exactly the healthiest option. They are higher in calories and in sodium compared to most other options. 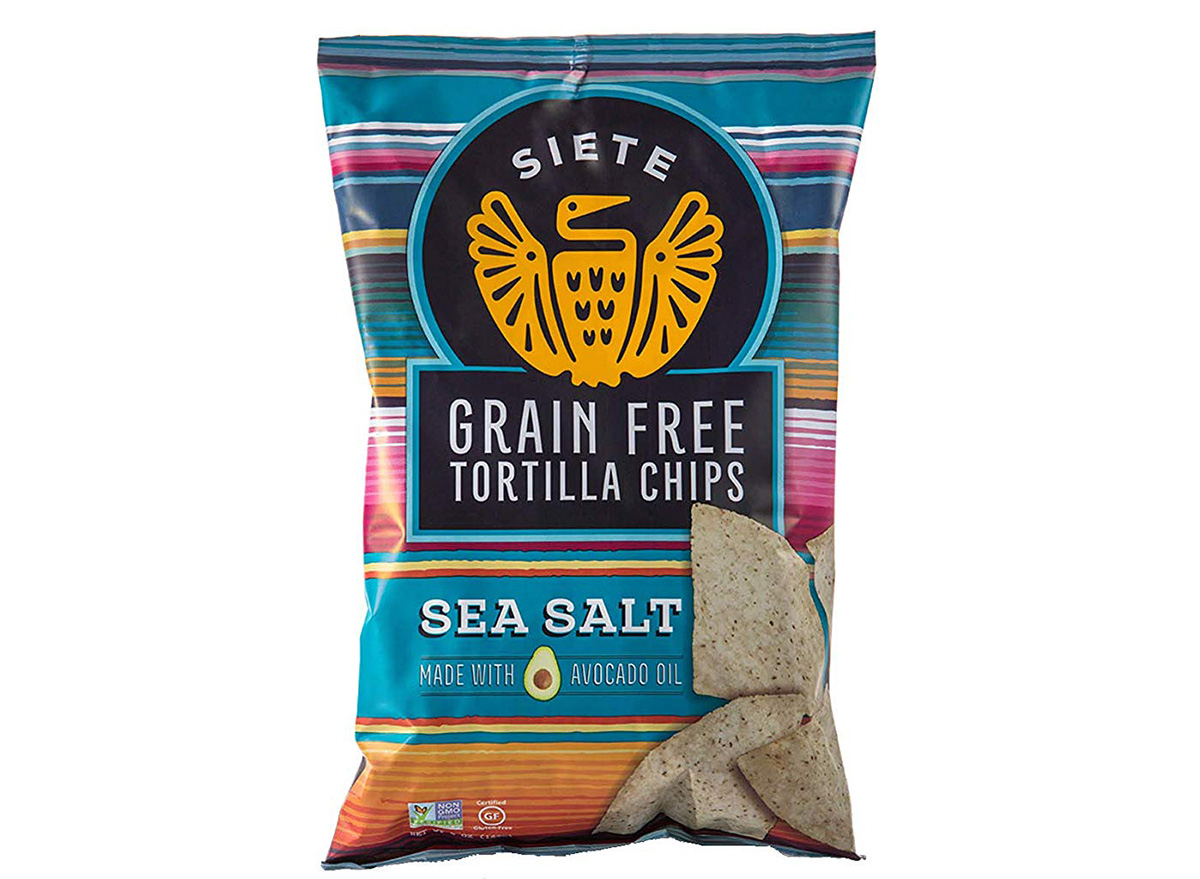 Not only are the Siete Sea Salt the highest-ranked in sodium at 125 milligrams per serving, but they're also among the highest in calories as well at 150 calories. It was the sodium, though, that made it the worst of all the options we surveyed in nutritional value.

Rachel Linder
Rachel is an Associate Editor responsible for compiling the daily Eat This, Not That! newsletter, making TikTok and YouTube videos for the brand, writing articles for the site, creating original graphics and providing direct assistance to the editors when needed. Read more
Filed Under
Chips // Healthy Snacks // Shopping Tips