This Is America's #1 Favorite Kind of Yogurt, New Survey Says

These days, there are so many different types of yogurts to choose from that it's almost overwhelming. However, a recent survey of 1,014 Americans reveals that a majority of consumers still prefer one specific type of yogurt.

According to a new survey conducted by the International Food Information Council (IFIC), 72% of adults who consume dairy foods or beverages do so several times a week, compared to the 28% who say the same of nondairy alternatives like nut-, oat- or soy-based milk, ice cream, yogurt or cheese.

There are notable differences in preferences based on age, though. For example, adults over the age of 55 had the strongest preference for dairy, with 80% saying they consume dairy-based foods or beverages multiple times a week. Some 67% of respondents ages 18-34 said the same, as well as 73% of those ages 35-54. Even more telling? Half of adults ages 55+ said they never consume non-dairy alternatives, compared with only 8% of those ages 18-34 years old who had the same response.

The survey also revealed that the greatest motivator for consuming yogurt is taste. In fact, 48% of respondents ranked it within their top three reasons why they choose to eat yogurt. Yogurt's health benefits are also a top priority for consumers, with 38% including it in their top three reasons why they eat it. Interestingly, among those who buy dairy-based yogurt versus those who purchase plant-based varieties, the word "natural" was the most important claim for 12% of respondents in each group, respectively. 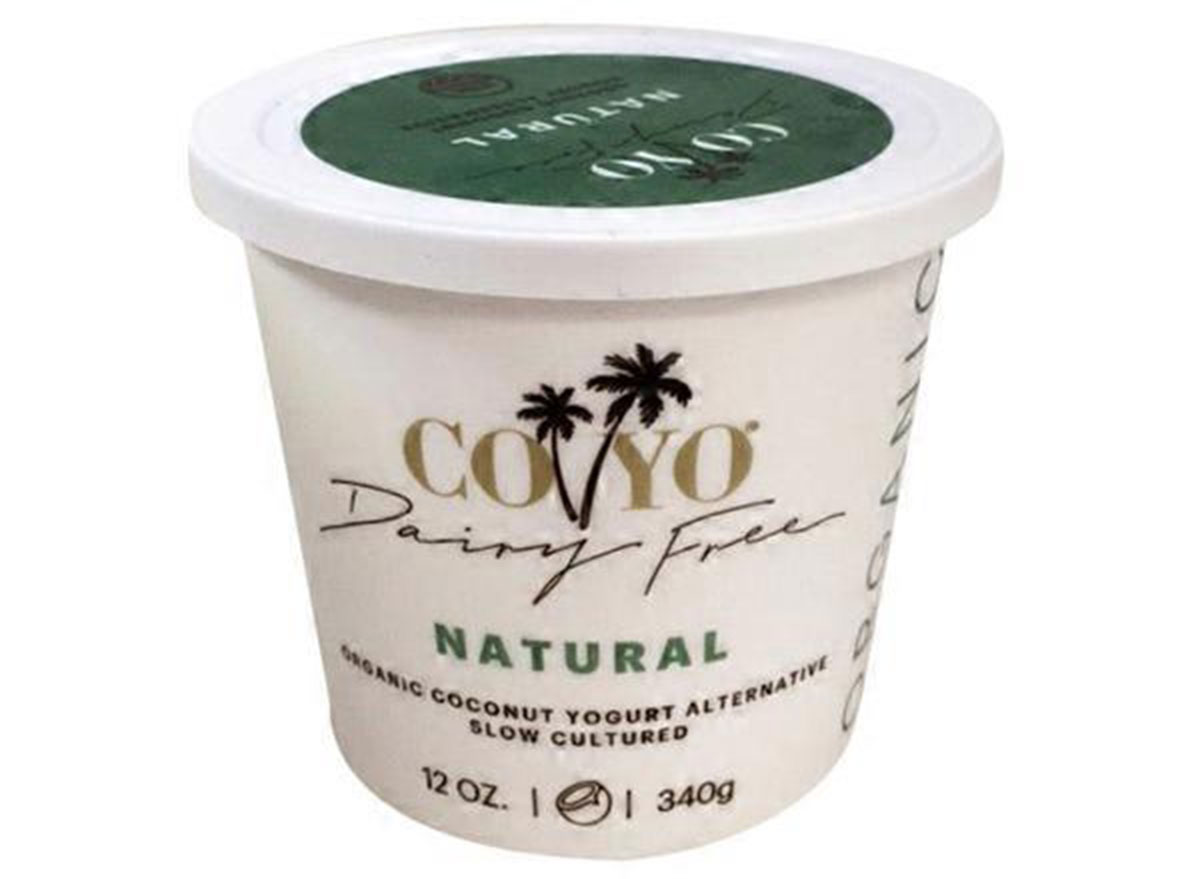 "IFIC surveys have consistently shown the power of the term 'natural' in influencing consumer perceptions and choices of foods and beverages, despite a lack of specific regulatory definition of the term," says Webster. "The FDA's policy on the use of 'natural' says that nothing artificial or synthetic has been included in or added to a food that would not normally be expected to be in it—think things like artificial flavors or preservatives."

Webster adds that just because a food or beverage is labeled as 'natural,' it doesn't necessarily mean much. It seems to imply the product contains extra nutritional or health advantages over a product that's without the label, but not that's not always the case. Another claim respondents prioritized when considering buying dairy-based yogurt was "low-fat," with 20% ranking it among their top two priorities.

"It seems like old habits die hard when it comes to dairy preferences. Again, an age gap seems to come into play," says Webster. "People age 55+ opt for 'low fat' as a priority to a higher degree than those that are 18-34, while these younger folks are more inclined to look for 'whole milk' products."

Bottom line: This survey, conducted from April 1-6, 2021, reflects the purchasing behaviors of just over 1,000 American adults ages 18-80 who consume dairy at least a few times a year. The results indicate that all age groups are more likely to opt for dairy-based foods and beverages over plant-based alternatives when at the grocery store. Younger groups do appear to be more open-minded about trying plant-based alternatives, whereas older groups may be a bit more reluctant.

Don't know where to start? Consider reading 7 Plant-Based Items You Need In Your Kitchen Now.