What Happens to Your Body When You Eat Yogurt

As long as you're eating the right type, you're in for tons of health benefits.

From fighting off the common cold to helping people lose weight, the benefits of yogurt makes it one of your body's best friends. And it all goes back to the ancient Greeks. See, their thick strained yogurt is bursting with muscle-building, belly-blasting protein, bone-strengthening calcium, and gut-toughening probiotics that have been shown to improve cognitive function. It sort of makes you wonder if this tangy, tart dairy product and the sheer amount of stuff the Greeks got done back then are in some way related…

So what exactly happens to your body when you do eat yogurt? Below are some of the benefits of eating yogurt—you might just be surprised at how good for you yogurt is, especially Greek yogurt. For more foods that will make you feel and look like a Greek god or goddess, check out the best foods to eat for muscle definition and toning.

Your Smile Will Last Longer

Even plain Greek yogurt contains some sugar—but unlike many other types of yogurt products, it wasn't added. This is lactose, the sugar found in milk and an 8 ounce serving of Greek yogurt has around 9 grams of this naturally-occurring sugar. The good news is that despite its sugar content, yogurt doesn't cause cavities. None of the yogurts that scientists at Turkey's Marmara University in Turkey tested were found to erode tooth enamel, which is the main cause of decay. Bonus: People who eat at least two ounces of yogurt reduce their risk of severe periodontal disease by 60 percent, compared with those who skip it.

Your Brainpower Gets Fired Up

After studies proved that animals' brain function was altered by gut bacteria, researchers at UCLA wanted to see if the same phenomenon could also be observed in humans. They took three groups of people: To Group A they gave yogurt with probiotics, to Group B a yogurt-like dairy product, and to poor old Group C, they got nothing. The women who ate the real yogurt showed increased connectivity in the periaqueductal gray region and the prefrontal cortex, which affects cognition. Get smarter by dipping your spoon into some yogurt? Sounds good to us!6254a4d1642c605c54bf1cab17d50f1e

Your Belly Gets a Reboot 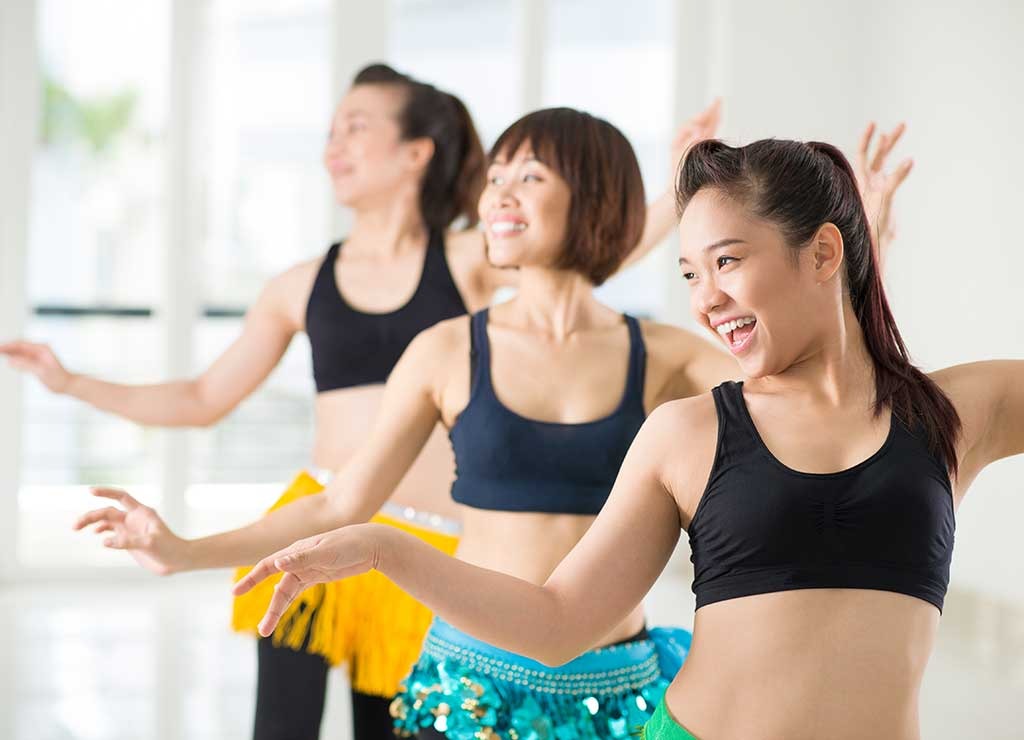 Greek yogurt is strained more times than traditional yogurt, making it thicker, higher in fat-blasting protein and increasing the amount of probiotics. These live microorganisms—"good bacteria"—in Greek yogurt can not only help improve your digestive system but also help your body absorb nutrients and improve your immune health. Greek yogurt may also help ease gastrointestinal conditions like constipation, inflammatory bowel disease, and lactose intolerance. (If you're looking for ways to add more yogurt to your diet, be sure to sign up for our newsletter to get daily recipes and food news in your inbox!)

Regularly eating yogurt as part of a healthy diet can lead to slimming down faster, says research from the University of Tennessee, Knoxville. Researchers there found that participants who ate 18 ounces of this tasty, tangy treat on a daily basis—along with cutting their total calories—lost 22% more weight and an incredible 81% more belly fat than their fellow calorie cutters. But that's not all, the yogurt for weight loss eaters also retained one-third more lean muscle mass, meaning that they had a higher resting metabolic rate, burned more calories, and are set up to maintain weight loss.

"Fat around your waist produces the hormone cortisol, which tells your body to accumulate even more belly flab," says nutrition professor and lead study author Michael Zemel, PhD. Calcium—which yogurt has plenty of—signals your fat cells to release less cortisol, making it easier for you to shed pounds.

Studies about how high-protein foods can satisfy your hunger and keep you from overeating are plentiful—and by now, you should already know that yogurt is a prime source of protein. But all yogurts are not created equal. Greek yogurt is strained, which ups the amount of protein per serving. In fact, it can more than double it; Greek yogurt has up to 20 grams of protein per container. To get that satiated feeling, head for the Greek kind of yogurt and select one that provides at least 10 grams per serving. No wonder it's one of the best store-bought high-protein snacks!

Your Blood Pressure May Decrease

A study in the American Journal of Clinical Nutrition demonstrated that adults who ate two or more servings daily of low-fat dairy were 54 percent less likely to develop high blood pressure. Why you ask? It's all about the salt in your body. Over two-thirds of us eat more than twice the recommended amount of salt. Over time, that can lead to hypertension, kidney, and heart disease. But potassium can flush out some of that excess sodium from your body. A serving of yogurt has tons of it: At almost 600 milligrams per eight ounces, it actually contains more potassium than an extra-large banana, which has around 544 mg.

Your Nervous System Gets Some Love

One 8 ounce serving of yogurt is a significant source of potassium, phosphorous, riboflavin, iodine, zinc, and vitamin B5 (pantothenic acid). This superfood also contains B12, which maintains red blood cells and helps keep your nervous system functioning properly. Only found in animal products, it's a crucial vitamin that vegans have to supplement their diet with. If you're not a vegan, you can get most of your daily B12 by eating just one serving of yogurt.

Your Recovery Time After a Workout is More Efficient

60 minutes. That's the window of time immediately following your workout that nutritionists say is the best time to refuel, repair and replenish your body with nutritious food. While protein shakes are a great choice, it just so happens that Greek yogurt is also an ideal snack for during the hour after your sweat. Here's why: The ratio of proteins to carbohydrates is perfect. The protein provides the 9 amino acids that the body can't make, but are required by your muscles need to repair themselves. Meanwhile, the carbohydrates replace energy stores in your muscles in the wake of a hard workout.

Your Immune System Gets Stronger

Researchers at the University of Vienna discovered that eating yogurt may be one of the best ways to fend off a cold. They studied women who ate 4 ounces daily and found that these women had much stronger and more active T cells (which battle illness and infection) than they did before they started eating yogurt. "The healthy bacteria in yogurt help send signals to the immune-boosting cells in your body to power up and fight off harmful bugs," says Alexa Meyer, PhD, a nutrition researcher at the university and the study's lead author.

You Get a Much-needed Dose of Vitamin D

You load up on calcium to keep your bones healthy and strong, but did you know that not getting enough vitamin D makes it near-impossible to reap all of the mineral's health-boosting benefits? It's true! But that's not the only reason you should eat Greek yogurt which has a one-two punch of both. Besides keeping brittle bones at bay, the nutrient also fights depression and colds, reduces the risk of certain cancers, diminishes inflammation, and even wards off erectile dysfunction, according to a Journal of Sexual Medicine report. Talk about a multitasker.