Keep this in mind next time you're in the frozen food aisle!

It's no secret that frozen foods are usually not great for your overall health. While there are plenty of healthy frozen pizzas out there that have emerged within the freezer aisle in recent years, there are still plenty of classic frozen pizzas that you should try and avoid as much as possible.

Here are four possible side effects to be mindful of when eating frozen pizza. Then, don't miss The Worst Frozen Foods You Should Never Buy!

You'll consume a lot of sodium.

Much like any frozen food, frozen pizza packs way more sodium than homemade pizza for preservation purposes. Frozen or not, the American Heart Association (AHA) considers pizza to be one of "The Salty Six" foods, adding that just one slice of pepperoni pizza can contain as much as nearly one-third of your recommended dietary intake (RDI) of sodium. Limit your consumption of pizza, in general, to make sure you don't exceed the RDI of 2,300 milligrams daily to keep your heart in tip-top shape.6254a4d1642c605c54bf1cab17d50f1e

Frozen pizzas are often loaded in saturated fat, especially the pies that pack a variety of cheeses and an assortment of processed meats. It's important to keep your consumption of saturated fat low as it can be harmful to your heart health. The most recent USDA Dietary Guidelines recommend limiting your intake of saturated fat to just 10% of your daily calories. So, if you're someone who eats about 2,000 calories each day, you'll want to cap your saturated fat consumption at just 20 grams. 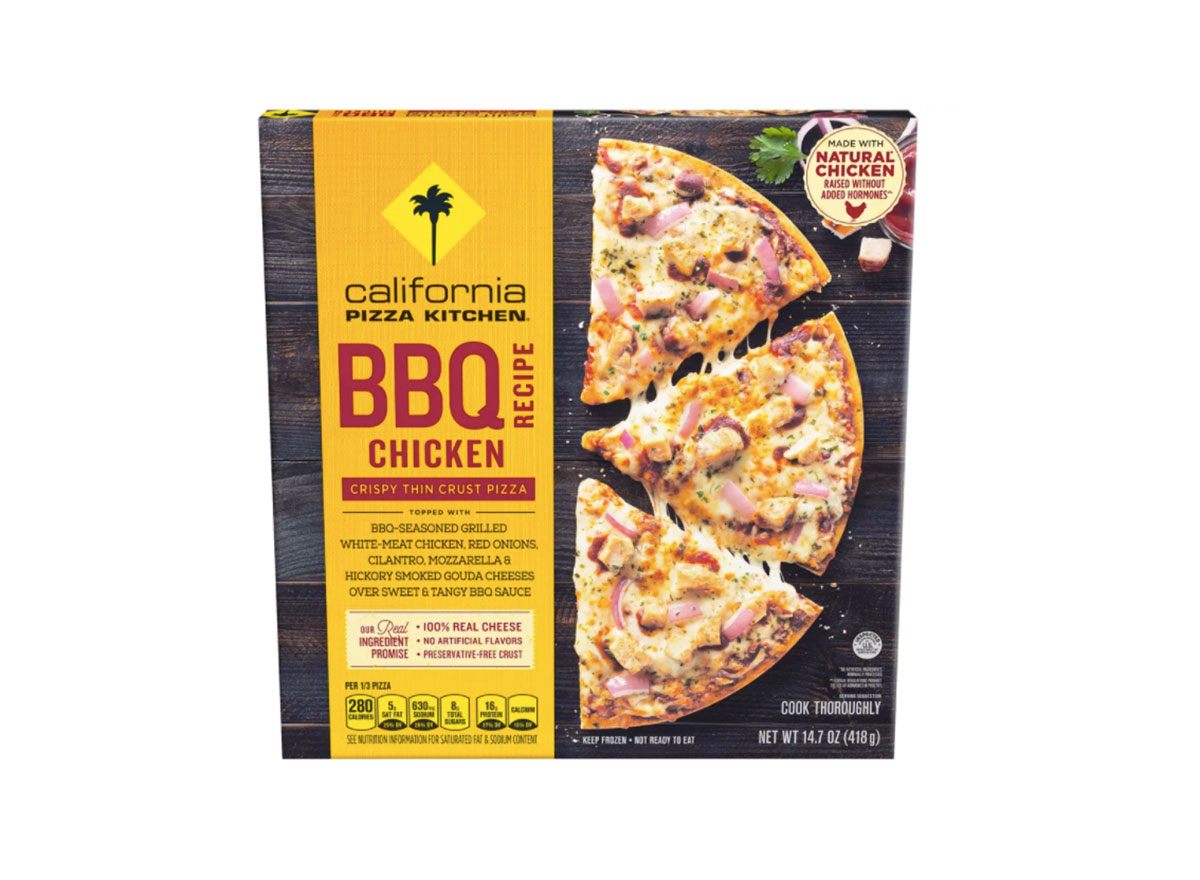 That same pizza contains 22 grams of added sugars! For context, that's as much sugar you'd find in one Krispy Kreme Chocolate Iced Doughnut With Kreme Filling. But if you choose the doughnut, you'll save over 500 calories. Best to skip both options, unless you're indulging in them on the occasion!

Do you know if you eat an entire DiGiorno Croissant Crust Three Meat Pizza, aka one of the unhealthiest frozen pizzas out there, you'll consume 180 grams of carbs? While the box says there are five servings, it's safe to assume that you'll likely eat more than just one slice. Even if you just ate two slices, you'd consume 72 grams of carbs and 820 calories, and only four grams of fiber. All of the excess carbs, sodium, and lack of fiber could make you feel bloated.

Skip the refined carbs and instead choose a frozen pizza like The Most Underrated Frozen Pizza on Grocery Shelves, which naturally packs plant-based protein and fiber. Then, don't miss The Grain- and Gluten-Free Frozen Pizza Brand One of Our Editors Is Obsessed With!