Steer clear of these unhealthy snacks.

Aside from the produce section, the cracker aisle is perhaps the most overwhelming area of the grocery store. There are so many cracker varieties, many with confusing—and often, misleading—claims. "Choices like 'all-natural,' 'reduced fat,' and 'smart snack' draw you in, leading you to believe you're making a healthy choice," says Allison Gregg, RD, LD/N. The reality? "Many crackers are loaded with calories, fat, and sodium."

And sodium is especially problematic. "Most Americans are eating about 150% of the salt they should be," says Melanie Betz, MS, RD, CSG, CSR at The Kidney Dietitian. "Too much salt can cause high blood pressure, heart disease, strokes, and kidney disease."

Betz and Gregg recommend looking for low-sodium (less than 140 milligrams per serving), whole wheat-based crackers, as well as those with minimal ingredients.

With all of this in mind, read on to see which crackers you might want to reconsider putting in your pantry. 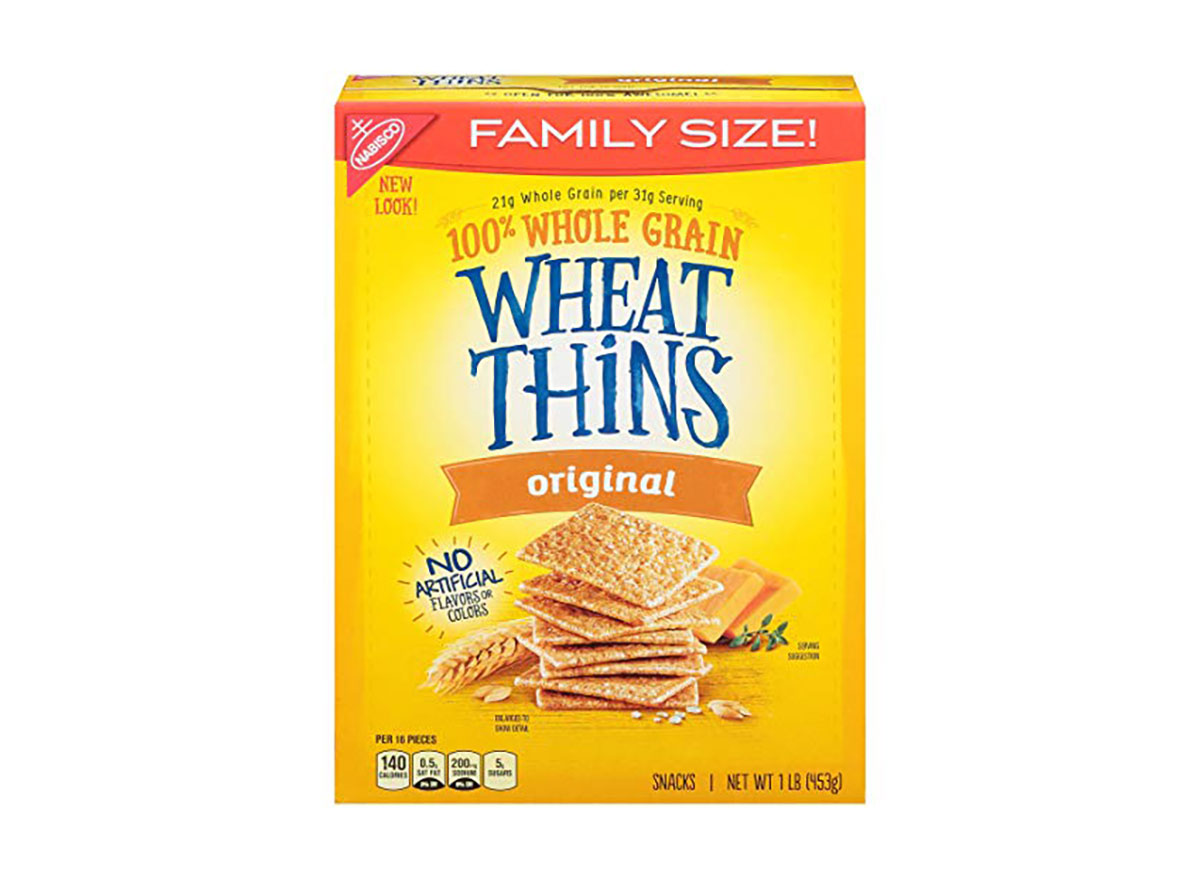 Wheat Thins, despite their name, are not the healthiest cracker option on grocery store shelves. They have a whopping 200 milligrams of salt per serving. Instead, many nutritionists recommend Wheat Thins Hint of Salt. They're just like the original Wheat Thins, but with a fraction of the sodium content. 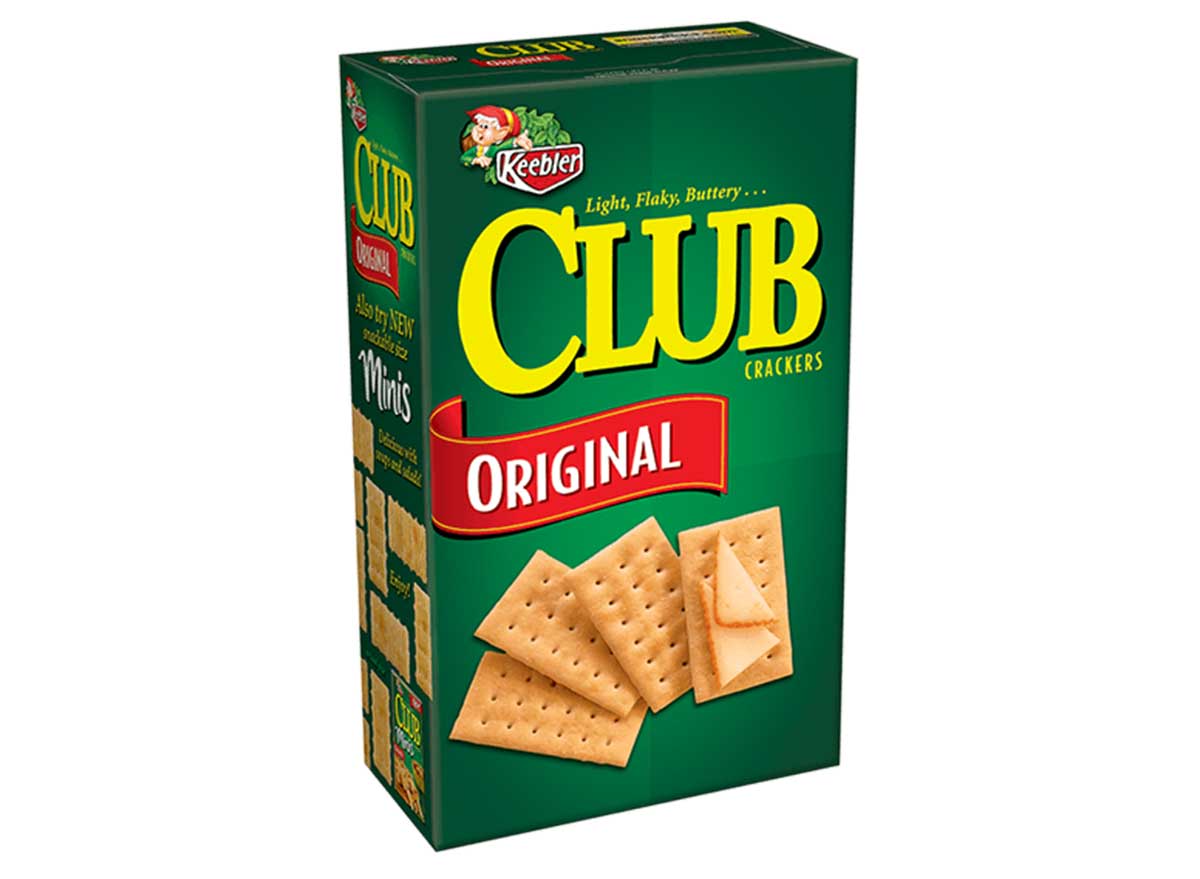 No matter how many club crackers you consume, you'll always be left wanting more—and that's not just because they're undeniably delicious. They don't have any fiber or protein, which means they won't fill you up.

Ritz Original crackers are packed with refined grains and salt. 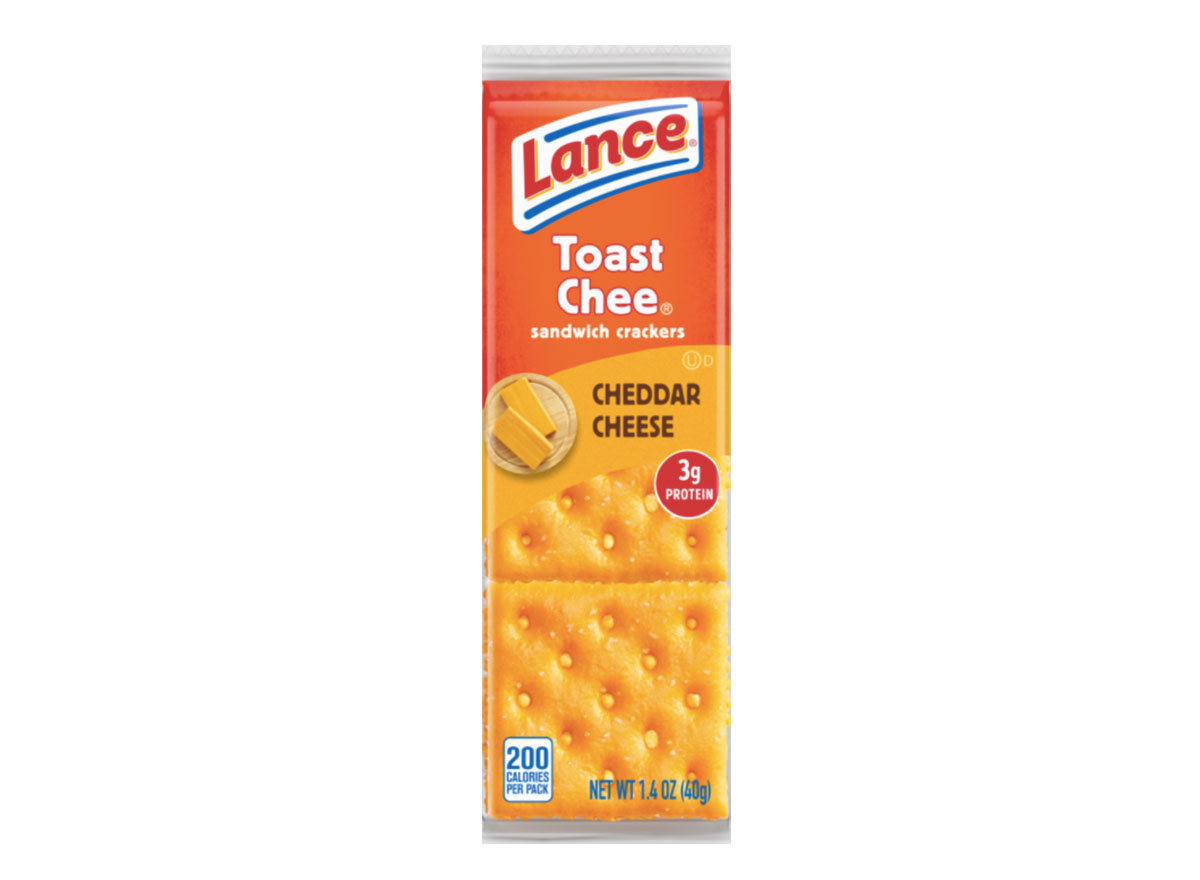 The cheese filling is a processed item, explains Gregg. "These crackers are typically high in calories, fat, and sodium. Just one 'snack pack' weighs in around 200 calories, 12 grams of fat, and 350 milligrams of sodium."

Chicken in a Biskit 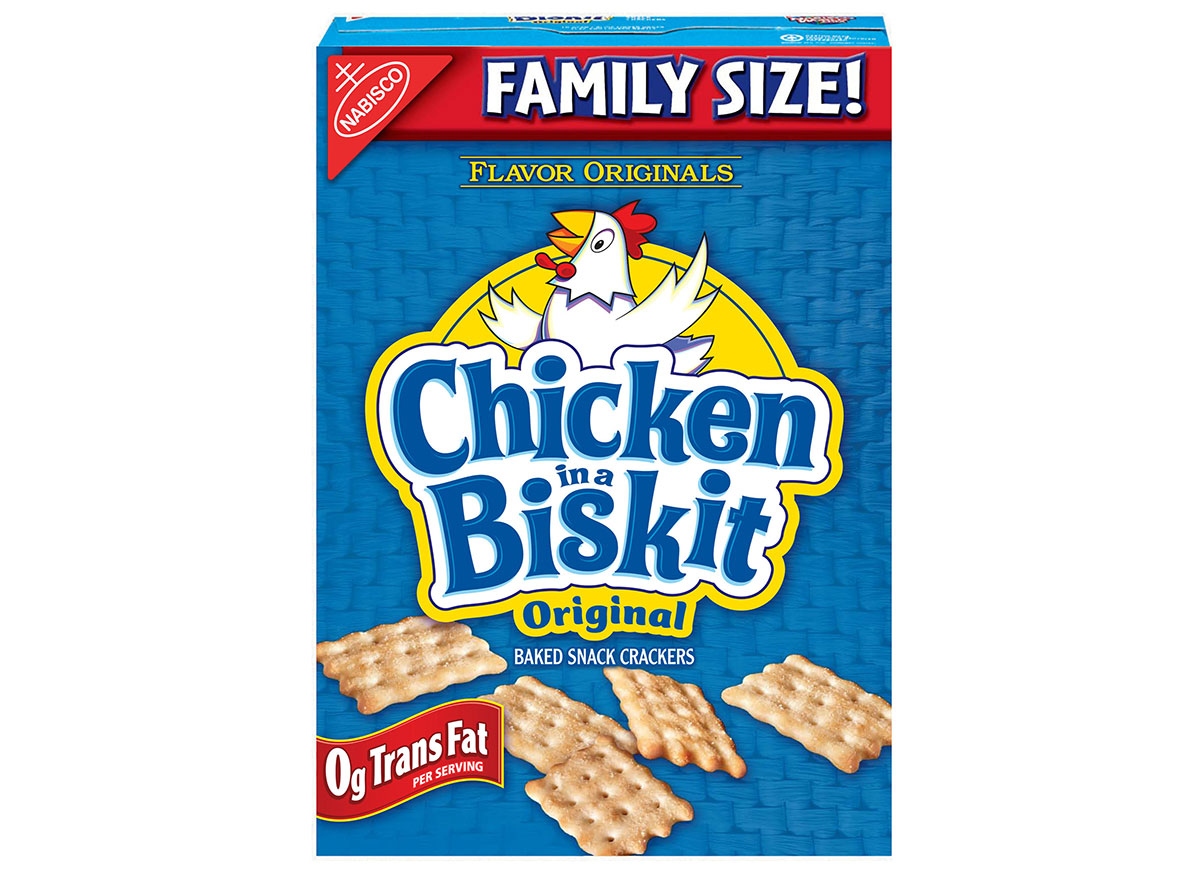 "Chicken in a Biskit, in particular, has 230 milligrams of sodium per 12 crackers," says Betz. "This, along with zero fiber and eight grams of fat, is quite a bit for just crackers."

Gregg says a more appropriate name for these crackers may be mini cookies. "Their low fiber and high sugar content will leave you feeling hungry even after consuming a full serving." Regular animal crackers are the "healthier" option between the two, though they're essentially empty calories, says Gregg, pointing to their lack of whole grains.

As delicious as they are, Cheez-It crackers are packed with sodium—320 milligrams per serving, to be exact. And the high sodium content goes for all varieties of Cheez-It Crackers, unfortunately. 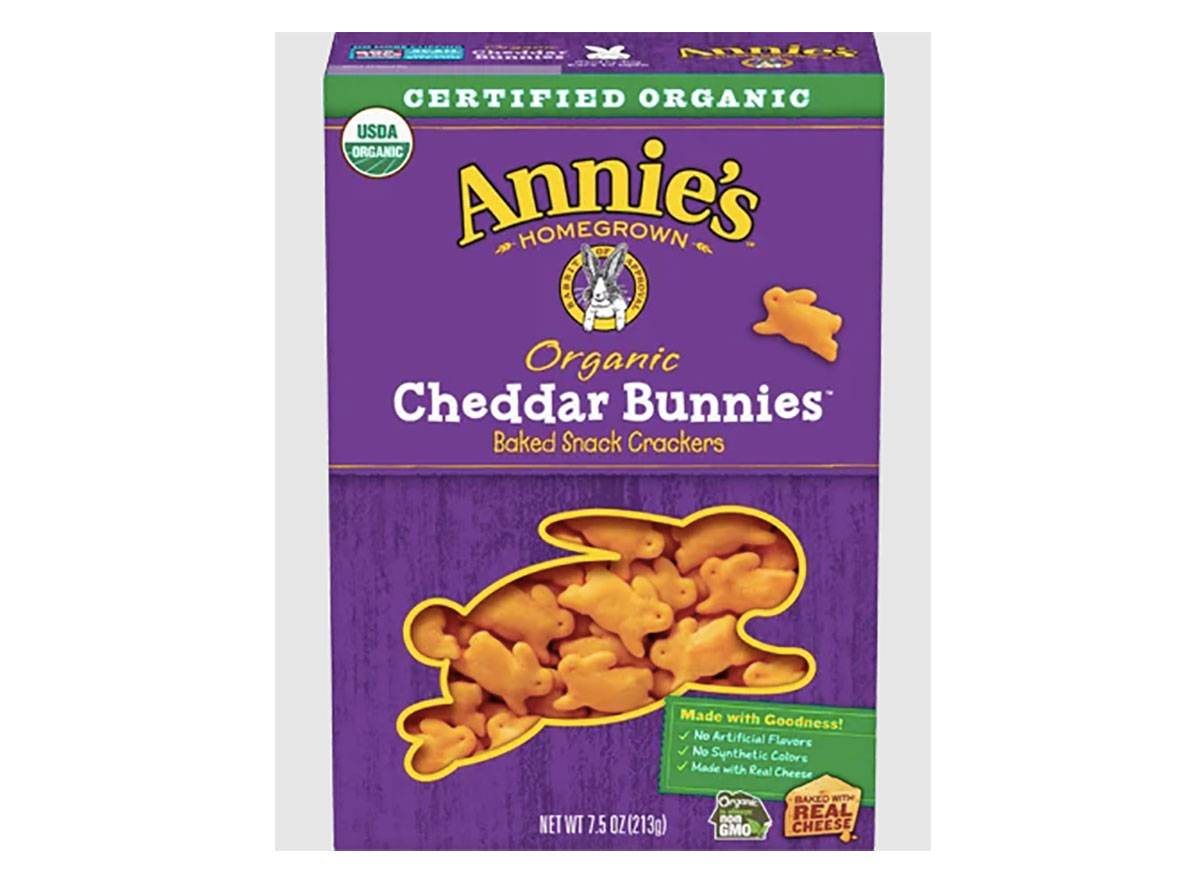 Graham crackers are generally okay, but "be careful of the added sugar," says Betz. There are around eight grams of sugar per two full sheets.

Did you know that saltines are lower in salt than many other crackers, despite their name? The issue is that they're not whole-grain and won't reduce or sustain your hunger on their own. Add a bit of peanut butter or hummus for a more well-rounded snack.

Plus, don't miss We Tasted 9 Popular Crackers and These Are the Best.