These Are America's Favorite Fast-Food Chains in 2021, New Data Says

One fast-food chain took the top spot for the seventh year in a row. Did your favorite make the list?

One of the nation's most telling indicators of customer restaurant satisfaction is in, and—especially in a time when the pandemic caused even the most health-conscious among us to retreat back to the good old drive-thru—this data reveals a lot about our tastes. Did your favorite fast food spot make the list? Some top picks were clear winners… while some that tumbled in popularity might surprise you.

This week, USA Today reported that the American Customer Satisfaction Index (ACSI) released its list of the best fast-food chains. How was "best" determined? The ACSI describes itself as an "economic indicator that measures the satisfaction of consumers across the U.S. economy." As such, this year's ACSI Restaurant Study was "based on interviews with 19,423 customers, chosen at
random and contacted via email between April 1, 2020, and March 29, 2021," the ACSI explains.

The ACSI says they asked customers to evaluate their recent experiences on fast food chains with the greatest market share, by rating restaurants on the following metrics: accuracy of food order, quality and reliability of the chain's mobile app (certainly more relevant measures than ever, thanks to the pandemic-driven increase in online ordering), courtesy and helpfulness of staff, food quality (taste, temperature, and ingredients), cleanliness, beverage taste and temperature, speed of service, website satisfaction, and the variety of food and beverages on the menu.

Based on all these, keep reading to learn which fast food chains the ACSI surveyees have favored most in the past year. Also check out This Major National Burger Chain Is Falling Out of Favor with Customers, Data Shows.

Chick-fil-A took the top spot in the ACSI for the seventh year in a row. However, its score dropped one point in the past year, to 83 compared to 2020's 84.

RELATED: This Behind-the-Scenes Secret at Chick-fil-A Is Stunning Customers

With an ACSI score of 80, Domino's dominates as the top pizza chain in the country, despite recent controversy over how it sources some of its ingredients. 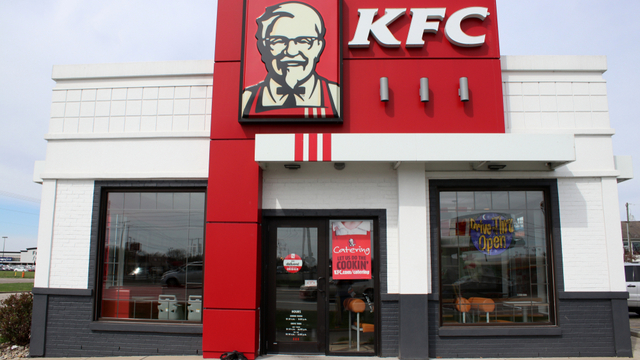 Interestingly, KFC—which is owned by the same parent company as Taco Bell, Pizza Hut, and Habit Burger—came in as the third most beloved fast-food chain in the country, with a score of 79 (which it also scored in 2020). The original fried chicken chain is clearly holding its place as a classic.

In the face of many ups and downs the past year, thanks in large part to significant ingredients shortages that continue to shake its menu, many Americans can't function without our Starbucks. Starbucks earned an ACSI score of 79 this year, which was up from 78 last year. 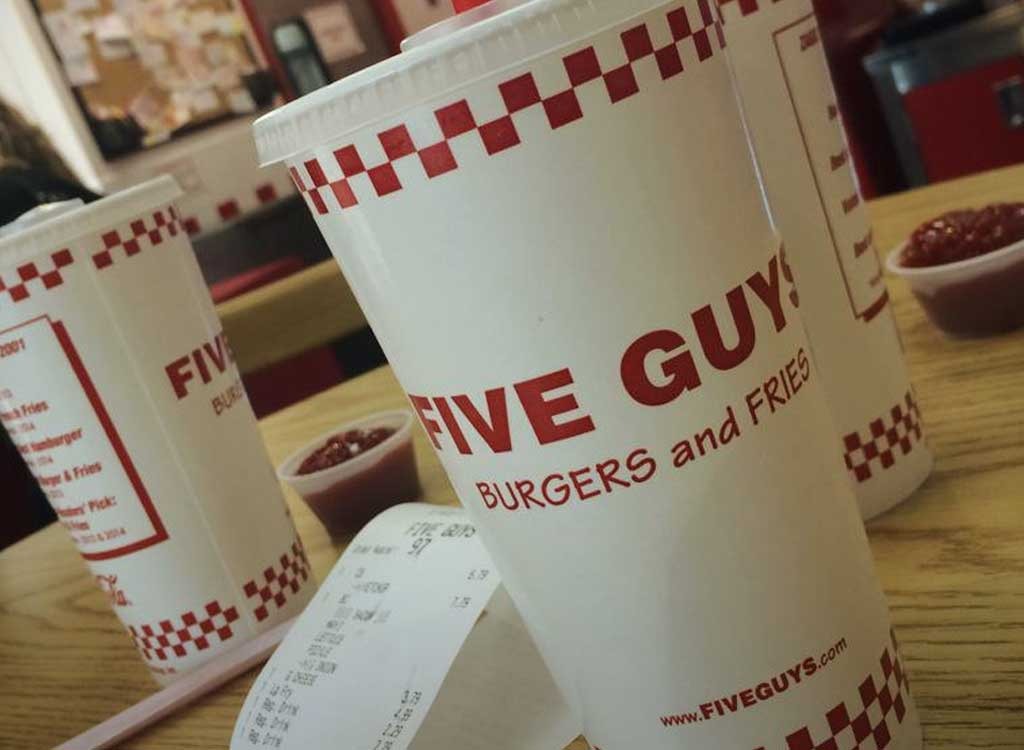 RELATED: This Is Why Five Guys Burgers Are So Consistently Good

And now, for the fast-food spots that ACSI respondents definitely didn't rank at the top…

That's right: Speaking of Subway, the sub chain crashed toward the bottom of the list this year and saw the biggest variance of any ACSI score compared to last year's (79 in 2020 versus 75 in 2021). Based on this outcome, we might call Subway "the best of the worst"—as well as an interesting one to keep our eyes on, given their fishy tuna scandal of late.

Jack in the Box, Popeyes, Wendy's, and Sonic all scored a 73 on the ACSI, with Wendy's dropping the most of all these—three points—since 2020. (Read up on the tactic that Wendy's executives are trying to win the favor of more customers here.)

McDonald's might be considered the original fast-food giant, but according to the ACSI report, they might have a little work to do to deliver on the necessary metrics. Maybe that's part of why they're suddenly going big with a major customer loyalty program.

Get the Eat This, Not That! newsletter for what's trending in food on the daily, and keep reading:

Krissy Gasbarre
Krissy is a senior news editor at Eat This, Not That!, managing morning and weekend news related to nutrition, wellness, restaurants and groceries (with a focus on beverages), and more. Read more about Krissy
Filed Under
Fast Food // News // Restaurant Chains // Restaurants