Want a wildly shredded midsection? Here's how to get one.

Fact: There are more abs exercises out there for you to choose from than just about any other muscle group. You've got planks, rollers, crunches, pikes, pushups, snakes, starfishes, clams, tucks, rows, bird-dogs, bicycles, hollow holds, sit-and-reaches, extenders, and twists—and that's just to name a few. Given where your abs are—your core, the "sturdy central link in a chain connecting your upper and lower body," says Harvard Medical School—this shouldn't come as a surprise. After all, any exercise that activates your core can also activate your abs.

But all abs exercises aren't the same, and some are better than others for achieving certain goals. Want a lean figure? Consider the tuck in. Want a toned midsection? Try these 4 amazing moves here. Want a stronger core overall, just for living a more active life? According to a study published in the Journal of Strength and Conditioning Research, the single most effective overall abs exercise you can do is the plank. Of all core exercises, the plank—largely because there is a hovering element—was best "maximizing functional gains and peak performance."

But what if you want a ripped six-pack—the type you see on wildly shredded trainers and fitness models? Well, unless you're eating the right foods and likely at a major calorie deficit, it's practically impossible. But assuming you're doing all of the things you need to do in order to see chiseled abs, we happen to know what at least one shredded fitness model does for his six-pack.

"Do I have a secret for building a ripped midsection? Yes, I do: hanging leg raises," says Gregg Avedon, NASM-PT, one of America's top trainers and models. "I combine them with lying leg raises, because those target that hard-to- get lower-abs area. They're the first two exercises I do when I hit the gym: three sets of 30 reps each."

So there you have it.

He's not the only trainer that says the hanging leg raise is top among abs exercises for a six-pack. "They're great for building your abs and it's one of the best exercises you can do for them," says Tim Liu, C.S.C.S., ETNT Mind+Body's resident training guru. "Crunches and sit-ups focus on the upper abs, whereas hanging leg raises work the entire abdominal area, accelerating muscle gain."

In fact, Liu offers this detailed for how to do them: "Position yourself either hanging from a pullup bar or on a roman chair with your lower back pressed against the pad," he says. "Keeping your core tight and pelvis tucked, lift your legs up as high as you can, then lower them under control while maintaining tension in your core."

But if you're in the market for some other abs exercises—and, specifically, ones that are designed to give you a fit, flat, and totally functional core—consider these great moves, all demonstrated by Liu. And for more great exercise advice, see here for the Secret Exercise Tricks for Keeping Your Weight Down for Good.6254a4d1642c605c54bf1cab17d50f1e

Landmine Rotations (8-10 reps each side) 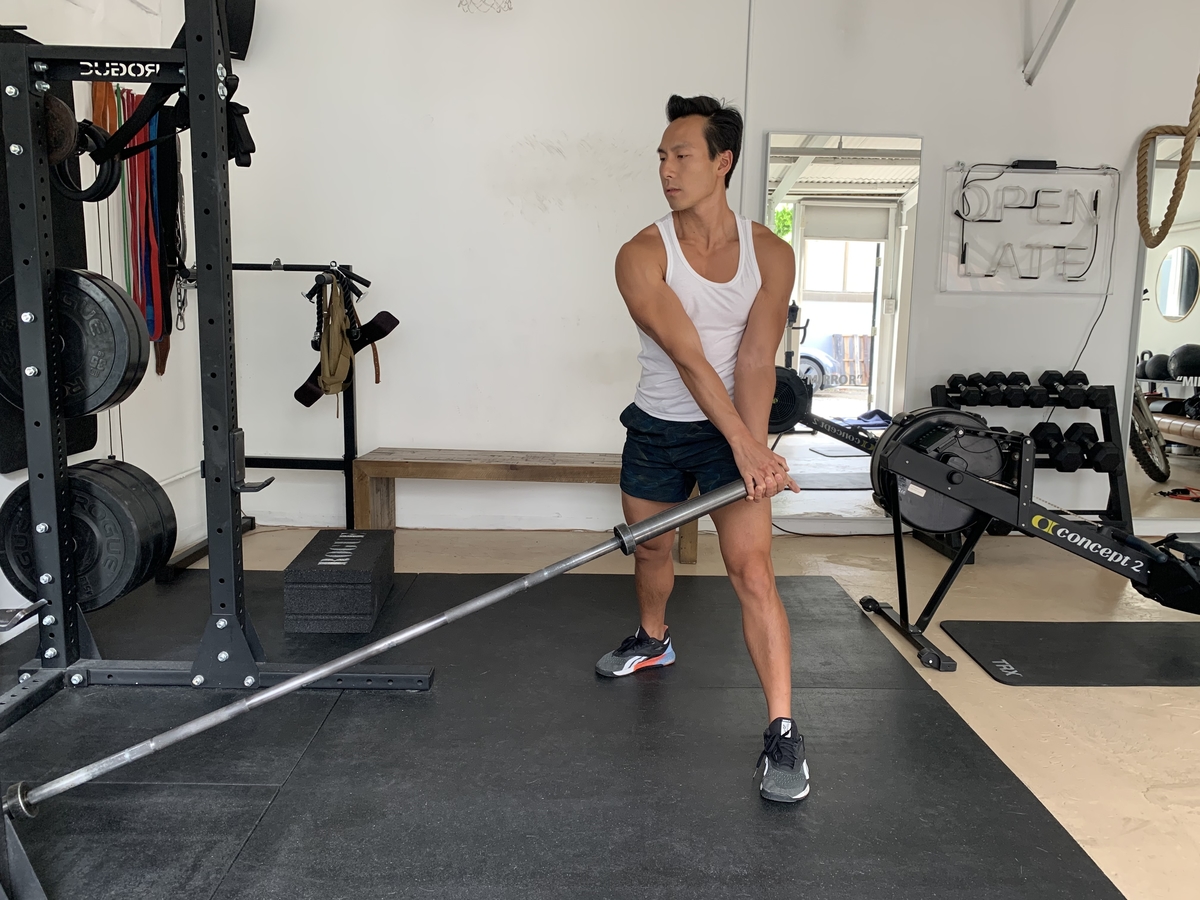 Start the movement by putting a barbell inside a landmine attachment. (If you don't have one, just place it on the end of a sturdy surface.) Grip the end of the barbell with both hands and hold it out in front of you with your feet shoulder width apart.

Half Kneeling Band Pallof Press (8 reps each side) 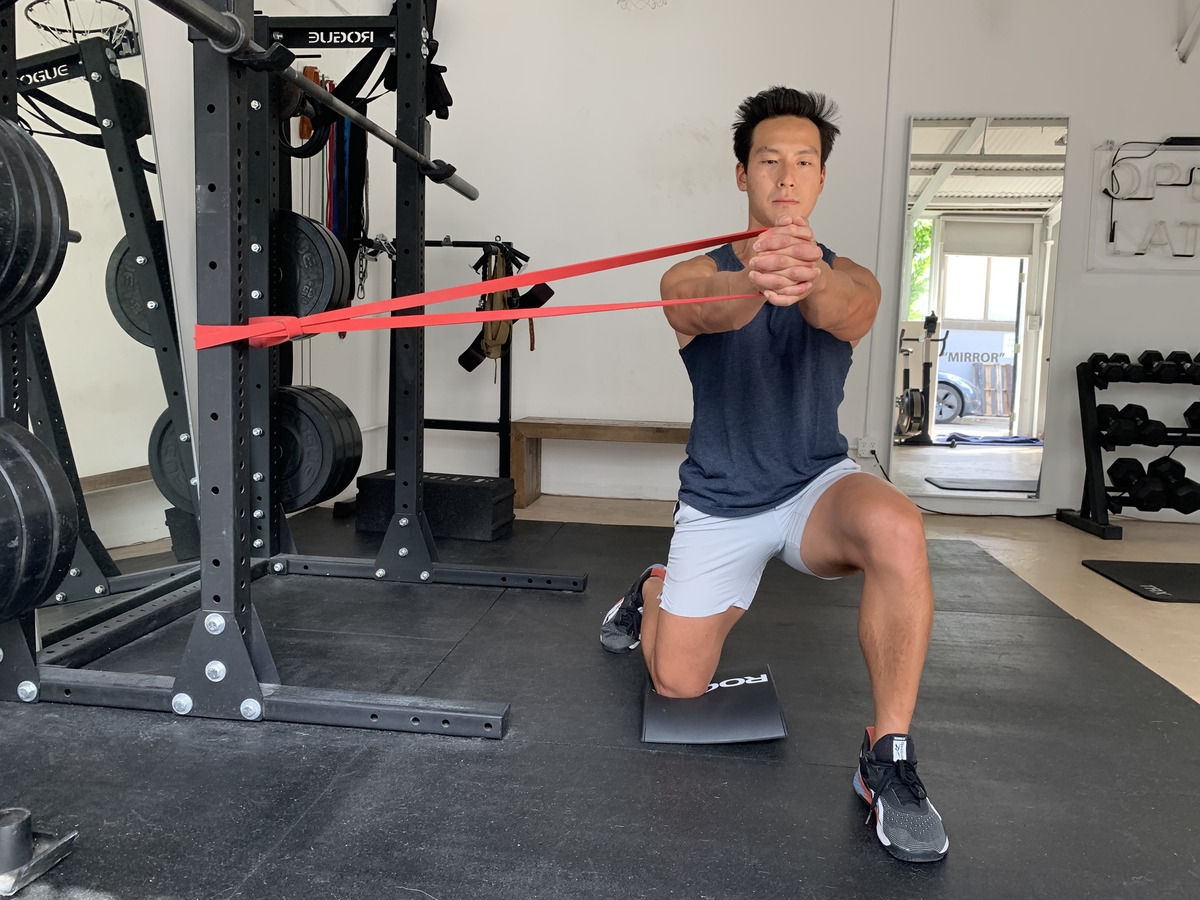 Wrap a resistance band around a sturdy beam or pole and pull it out in front of you. Grip the band and get into a half-kneeling position, with your arms to your chest. The band should be opposite of the knee that is in front of you.

Brace your core, and begin pressing the band out in front of you, exhaling when you finish. Inhale and pull the band back before performing another rep. Finish all reps on one side before switching to the other. 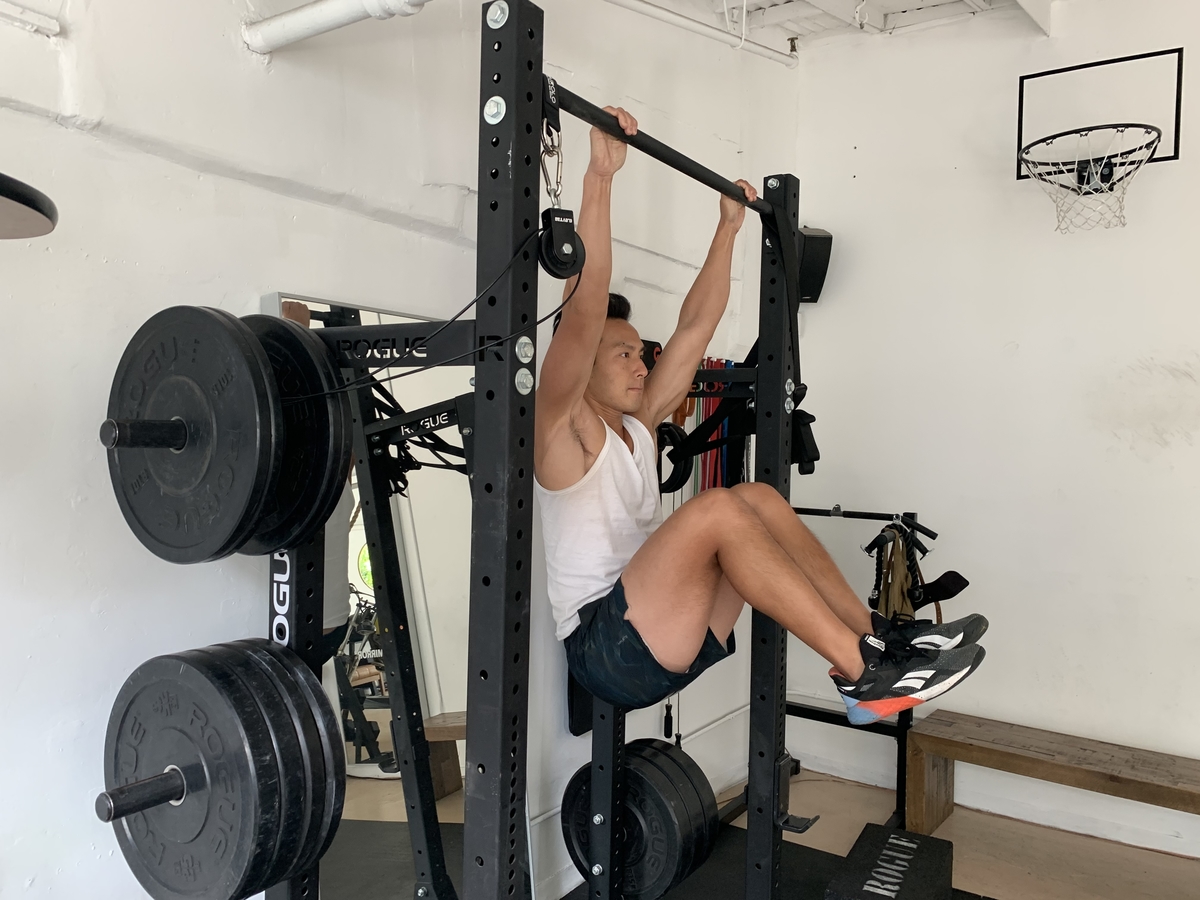 Position yourself by hanging on a pullup bar. Tuck your pelvis and—without swinging—drive your knees towards your chest. Flex your lower abs at the top of the movement, then lower back to starting position before performing another rep. 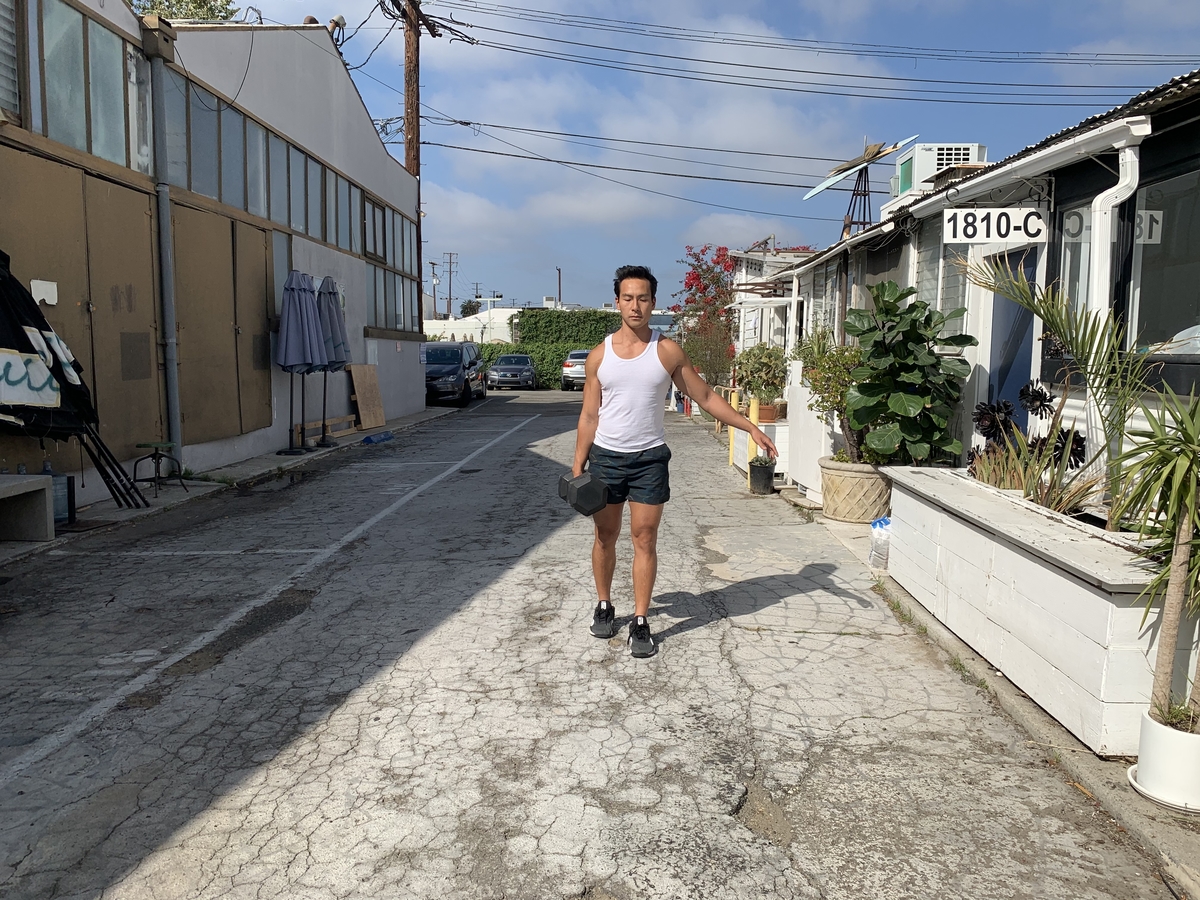 Place a heavy dumbbell to your side. Keep your chest tall and core tight and pick it up with one arm while maintaining a neutral spine. Brace your abs hard, and begin walking under control while trying to maintain a neutral spine while the weight is pulling you down to the side. Walk the prescribed distance, then switch hands on the way back.

Start by laying on your back with your hands towards the ceiling and your knees up. Fill your belly full of air and pull your ribs down so that your lower back presses into the floor. Begin by taking one of your arms and the opposite leg and extend it all the way just above the floor.

Once you've reached that point, exhale all of your air, keeping tension in your core. The bring the arm/leg back and repeat with the opposite side. And for more great exercises to try, see here to learn about the 3 Workouts Proven to Change Your Body Shape.