Making This One Change to Your Diet Could "Reprogram" Your Metabolism, New Study Says

No, it's not cutting carbs. This could be one of the biggest diet breakthroughs in decades.

More than two decades of Western diet wisdom have advised us of one rule of thumb: If you want to lose weight, just cut your carbs, and increase protein. However, a revolutionary new study by a team of metabolism and endocrinology researchers has led to the discovery of another aspect of diet that, as the scientists say, "had the most potent effect" on speeding up metabolism… and, as they suggest, this one change in the foods you eat might even help you live longer.

Dr. Dudley Lamming is a faculty member at the University of Wisconsin-Madison's Department of Medicine in the Division of Endocrinology, Diabetes and Metabolism. His latest study's press release states that in 2014, Lamming was reading about an Australian study that had come upon something remarkable: The mice that had been fed the least amount of protein were the healthiest.

This went against what our culture has preached about nutrition and wellness, but Lamming was aware there was more science behind the low-protein effect. Since then, he and graduate students in his laboratory "have discovered a little-known but robust pattern across both animal models and humans," according to their new study's release—that is: "Diets high in the three branched chain amino acids, BCAAs, are associated with diabetes, obesity and other metabolic illnesses." The three BCAAs are leucine, isoleucine, and valine, all which humans cannot make on our own and therefore must obtain by consuming them in the foods we eat.

Therefore, Lamming and his team believed, reducing leucine, isoleucine, and valine "can counter these metabolic ailments and even extend the healthy lifespan of rodents."

Read on to see what happened when the researchers adjusted the proteins the mice in their laboratory ate—and, don't miss Secret Exercise Tricks for a Better Body After 40, Say Experts.

The researchers administered a Western diet.

They went ahead to test their hypothesis, feeding mice with a high-fat, high-sugar, classic Western diet for a few months.6254a4d1642c605c54bf1cab17d50f1e

Limiting isoleucine had a major effect. 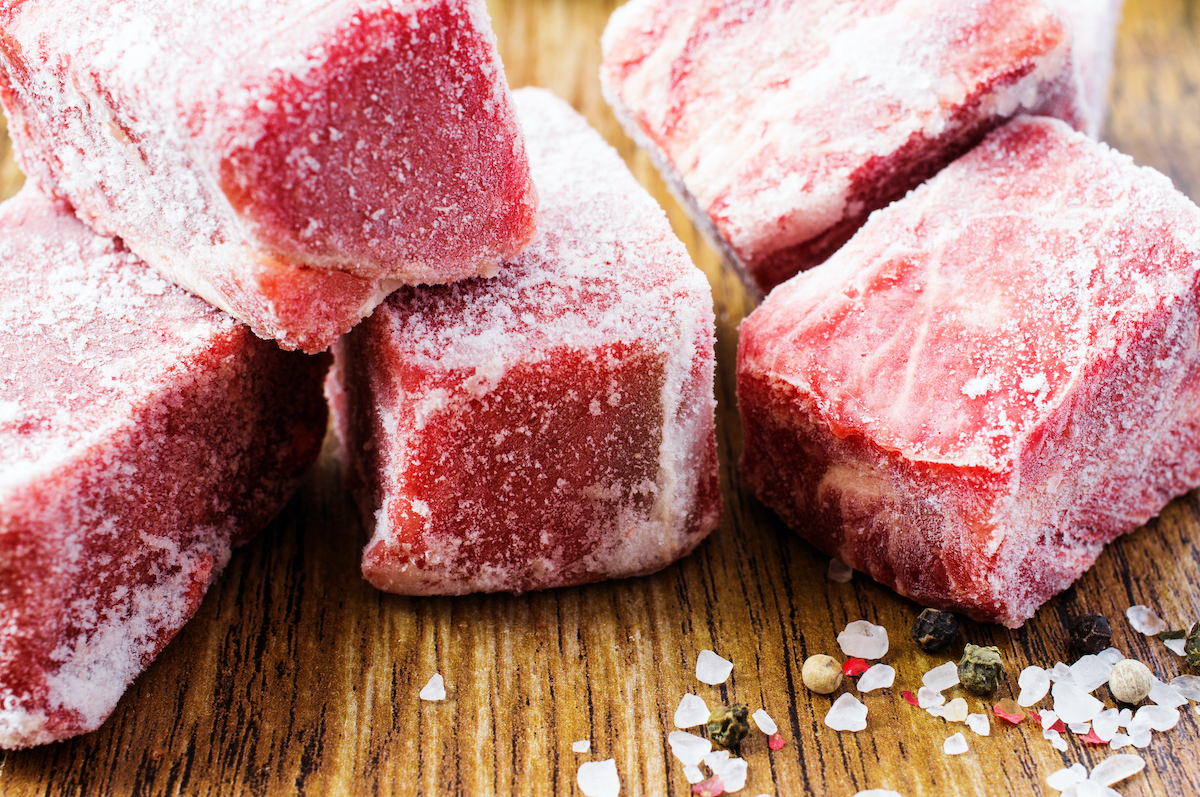 After the mice became obese, Lamming and his team switched up the mice's diets. They recognized that by restricting the branch chain amino acid isoleucine, "the mice began to eat more food but nonetheless lost weight." Why? They state: "The weight loss was primarily caused by a faster metabolism, where the body burns more calories as heat while resting."

Since, according to Medical News Today, isoleucine is abundant in foods like meat, poultry, fish, eggs, cheese, lentils, nuts, and seeds—most of these which are encouraged in low-carb diets like keto (like Kourtney Kardashian follows) or paleo—limiting our intake of these might prove to help us lose weight. Further, that's not only because of the higher fat content in some of these foods, but because of the presence of isoleucine.

RELATED: This Food Is Becoming a Bigger Allergy Threat Than Nuts, Data Says

Finally, the researchers stated that reducing levels of leucine "had no benefit and may even be detrimental" to metabolism. High-leucine foods include dairy, soy, beans, and legumes.

With more scientific research, this could change the way we think about dieting.

Lamming says this discovery presents an opportunity to rethink diets because "evidence from animal models suggests that low-protein diets help shed fat even with normal caloric intake by reprogramming metabolism," according to the study's release.

The researchers pointed out another important discovery. 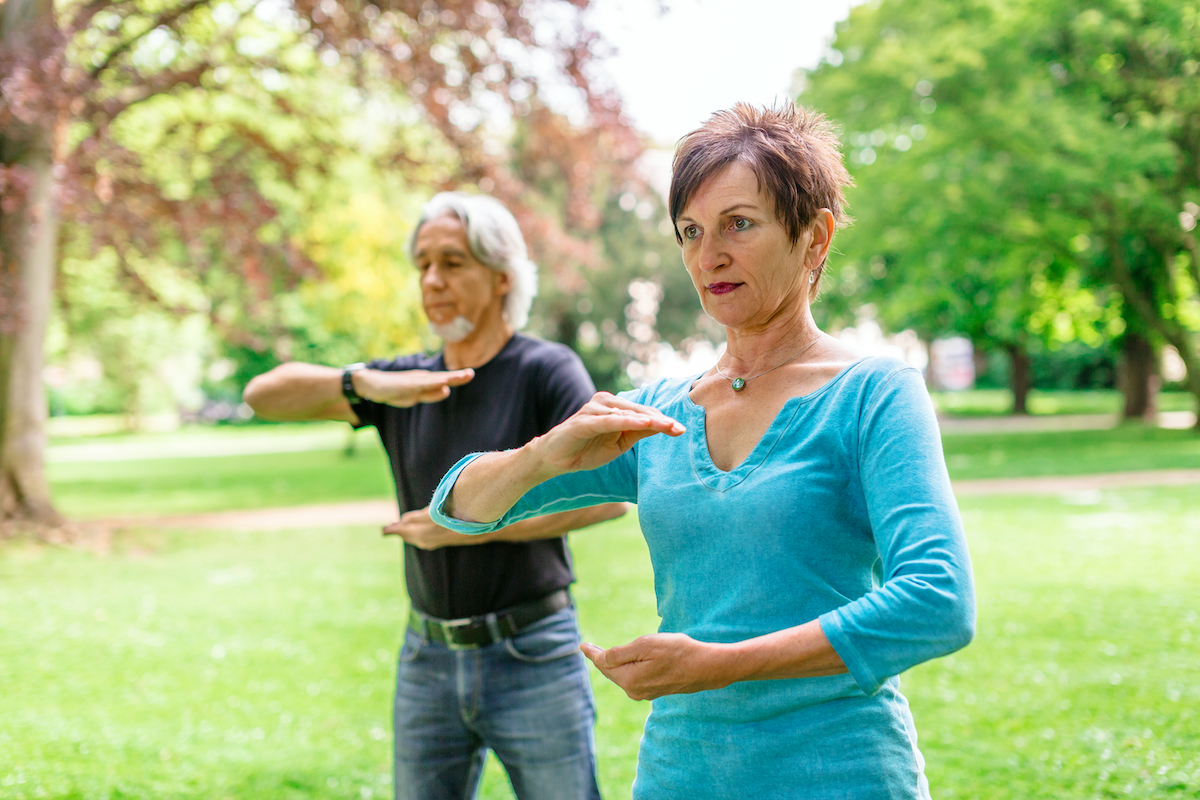 Interestingly, this goes deeper to reveal that these amino acids also affect males and females differently, due perhaps to our hormonal reaction to them. One of the department's graduate students, Nicole Richardson, also "tested a diet in mice that contained just one-third the normal amount of BCAAs. It wasn't a calorie-restricted diet; the animals could eat as much as they wanted."

The finding from Richardson's experiment was that "male mice who ate the diet their entire lives lived about 30% longer on average—roughly eight more months" than female mice. Lamming and his team suggest that because much endocrinological and metabolic research in the past has been conducted on male mice, it may be time to consider how the effects of diet, protein, and amino acids vary based on gender. (One example—check out One Major Side Effect of Being Overweight for Men, New Study Says.)

Sign up for the Eat This, Not That! newsletter for nutrition news you can use, and keep reading:

Krissy Gasbarre
Krissy is a senior news editor at Eat This, Not That!, managing morning and weekend news related to nutrition, wellness, restaurants and groceries (with a focus on beverages), and more. Read more about Krissy
Filed Under
Carbs // Diet // Food & Nutrition // Low Carb // Metabolism // News // Protein // Weight Loss