These iconic foods and drinks have stood the test of time.

America is, compared to many countries, a relatively young nation. We will celebrate our semi-quincentennial, the marking of 250 years, On July 4th of the year 2026, whereas other countries have histories dating back more than a thousand years. But just because America is a rather young country doesn't mean we don't have a few old-fashioned food brands with quite a long history.

Here are 10 food and beverage brands that have been around for well over a hundred years—a couple for over 200! All the more impressive is the fact that, allowing for minor changes, these companies still produce foods quite similar to the products they first began producing generations ago.

Today owned by Kraft-Heinz, but still operating under the name Baker's, this American chocolate brand has been around since 1780.  And in fact, it has technically been around even longer than that—before the United States of America—as the company was first founded in 1764, but then underwent a name change to Baker's in 1780 after one of its co-founders, John Hannon, died while overseas, according to FOX News. Guess the name of the other co-founder? Right, James Baker.

A good thing to pair with Baker's chocolate in many recipes, this famed flour brand has been around almost as long as Baker's, having been founded in Boston, Massachusetts all the way back in 1790. Ironically, given the recent end of the Revolutionary War and America's unmatched capacity for production today, when the company began operation, it was selling imported British flour.

The D. G. Yuengling & Son Brewery is the oldest American brewery still in operation today. And they proudly let you know they are "America's Oldest Brewery" on every can and bottle they sell. It's actually pretty impressive that the company remains a family-owned operation nearly 200 years after its founding—the current CEO/owner is a man named Dick Yuengling.

People have been guzzling the sweet and slightly spicy ginger ale beverage produced by Vernor's since the year after the Civil War ended, says the Detroit Historical Society. And in all the years since the beverage was first sold in a Michigan shop back in 1866, while it is available in many parts of America, it has remained largely a regional drink beloved by Michiganders.

Today, it's hard to imagine the table of a Tex-Mex restaurant or family diner without a bottle of Tabasco sauce on it. And it would have been hard to imagine that a generation ago. Or a generation before that. Or before that. This spicy sauce has been a staple of American eating for well over 150 years, the brand having been founded back in Louisiana in 1868 by a man named Edmund McIlhenny.6254a4d1642c605c54bf1cab17d50f1e

RELATED: The #1 Most Popular Hot Sauce in America, According to New Data 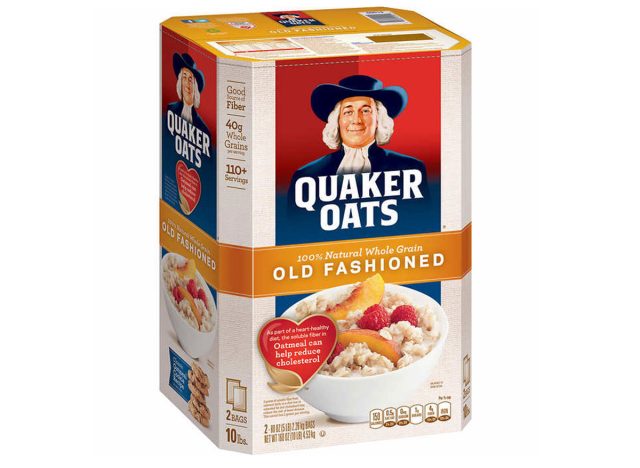 While the Quaker Oats mascot may look to be from a time even before the 1870s, this classic breakfast food brand dates from 1877, says The Daily Meal. And in fact, so too does that white-haired, hat-wearing mascot date from the same year: He has been the company's trademarked face right from the start.

Coke is a juggernaut of a brand today. It is sold in every single nation on earth except Cuba and North Korea. The company is valued at $87.6 billion according to Statista. And you can find Coke in almost every store, gas station, movie theater, or restaurant around. But it all started back in 1886 when Dr. John Pemberton began selling Coca-Cola at a pharmacy in Atlanta. That first year, he sold an average of fewer than 10 Cokes per day. 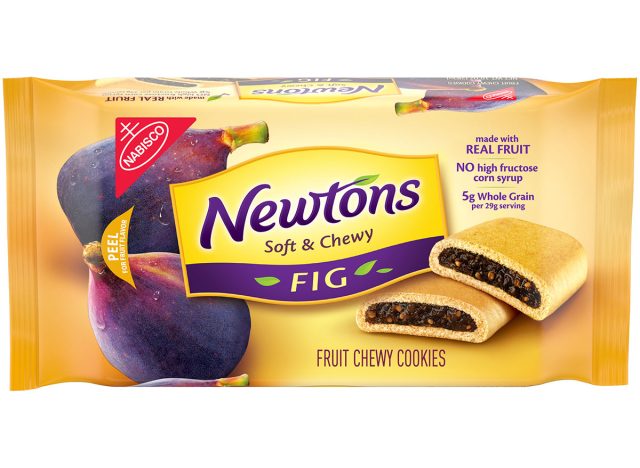 It's actually not at all hard to believe that Fig Newtons date to the 19th Century, is it? Granted, they're tasty, but these unique soft-sided, dried fruit-filled cookies do indeed seem to be from a bygone era. According to Thought Co., they are one of the first-ever American baked goods produced and sold on a commercial scale. And in case you ever wondered, they take the "Newton" part of their name from the town of Newton, Massachusetts.

It's one of those classic accidental success stories. While trying to make a decent granola, brothers W.K. Kellogg and Dr. John Harvey Kellogg invented Corn Flakees, a brand-new breakfast cereal. And within a few years—the company did not start major operations until 1906—it would change the fortunes of the Kellogg family, too.

A generation younger than super heavyweight Coca-Cola, Pepsi nonetheless has been an American staple in three centuries now, the brand having been established in 1898, via the North Carolina Department of Natural and Cultural Resources. And in fact, a version of Pepsi called "Brad's Drink" is even a bit older, dating to 1893.

Steven John
Steven John is a freelancer writer for Eat This, Not That! based just outside New York City. Read more
Filed Under
Drinks // Fast Food // Groceries // Restaurant Chains