9 Beloved Foods and Drinks That Were Created Entirely By Accident

From potato chips to chocolate chip cookies, so many foods we can’t live without, just kind of happened.

Occasionally, we can trace the creation of a food to a specific place and time, sometimes even to a person. Classic examples include the sandwich, famously named for John Montagu, the 4th Earl of Sandwich who began placing meat between pieces of bread so as not to waste time while playing cards, according to History.com. Or take Buffalo wings, which were first served in the year 1964 by an enterprising woman named Teressa Bellissimo who managed to make an item, previously seen as essentially disposable, into a true treat thanks to sauces, via TIME. And so on.

In other cases, it's impossible to trace the origin story of a given food. People have been eating pastas, seafood dishes, breads, soups and stews, and countless other foods for hundreds of years and, in many cases, for millennia.

Then we have a third and most amusing category of foods: those whose origins can be traced, and that are traced to total accidents. As it happens, many of our favorite foods and drinks were created not out of necessity, convenience, or to satisfy any demand, but were the result of pure dumb luck. But tasty luck, to be sure.

Here are 9 favorite foods created by accident. (Plus, don't miss 8 Biggest Grocery Stories That Shocked Us This Year.)

According to CS Monitor, the cookie that is today arguably the most popular on the planet was created by accident. One day in the year 1930 Ruth Wakefield, co-owner of Wakefield, Massachusetts' Toll House Inn, was planning to bake a batch of cookies that called for easily melting baker's chocolate, only to find she was out of the stuff. So instead she crumbled up a regular chocolate bar, thinking the bits would melt evenly into the cookie batter. To the great thrill of Wakefield's guests and the whole rest of the world, they did not.

RELATED: Sign up for our newsletter for more breaking food news and healthy eating tips. 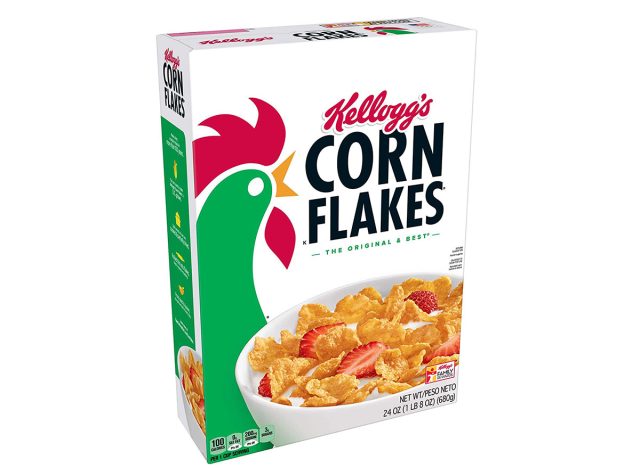 It kind of makes sense that corn flakes were created by accident, really, because when you think about it, they don't sound or even look all that tasty. But add some milk, maybe a pinch of sugar, or better yet some fresh fruit, and this classic breakfast cereal is a treat. And it's one people have been loving since the 1890s when brothers Dr. John Kellogg and Will Kellogg set out to make a healthy vegetarian food by toasting wheatberries. The pair forget they were cooking the grains and they ended up baking into thin, crunchy flakes. When they recreated the accident with corn, the tasty flakes were born, via NY Daily News. 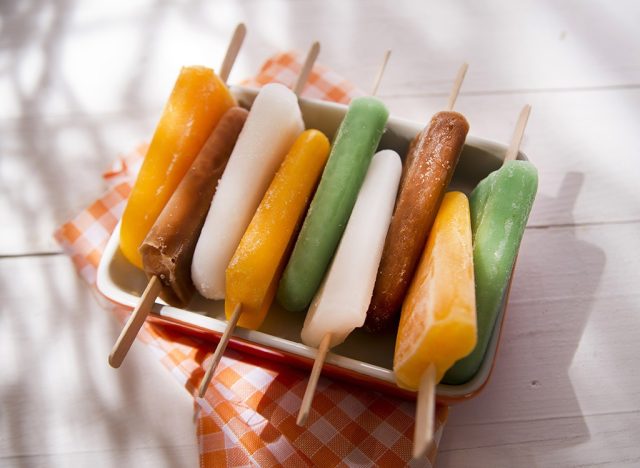 The accidental "invention" of the popsicle can be traced to one fateful evening in 1905, according to Food & Wine. That frosty night, an 11-year-old kid named Frank Epperson was mixing water with sweet soda powder mix, only to get distracted and leave his concoction sitting outdoors. In the freezing temps that followed, the sweet liquid turned to sweet ice with a stirring stick protruding out from it. Epperson found the frozen sweet the next day and knew at once others would love it too. He began making them on purpose, at first selling his frozen sweets as "Epsicles," but later going with the "Popsicle."

RELATED: The Best & Worst Frozen Desserts in America in 2021—Ranked!

One of the world's most beloved (if not most healthy) snacks was born out of the most delectable of reasons: spite. According to The Daily Meal, in the year 1853 a chef at the Moon's Lake House resort near Saratoga Springs, NY, was incensed that a customer found his fried potatoes not crispy enough and sent them back to the kitchen. Scornfully, chef George Crum sliced the next round of potatoes paper-thin and fried them literally to a crisp, thinking to put the customer in his place. Which he did–but it was a happy place–potato chips have been a hit ever since.6254a4d1642c605c54bf1cab17d50f1e

To be clear, John Pemberton did intend to create the drink now enjoyed the world over as Coca-Cola, but he did not intend it to be a soft drink. His aim was to create a medical tonic that could cure all sorts of ailments, from headaches to digestion woes, writes NY Daily News. Pemberton had originally created a tonic with alcohol in it but turned to the sweet, nonalcoholic drink we know today when the state of Georgia went dry. Soon Coca Cola was wetting lips across America and beyond.

You know how toast is just bread that's been cooked again? Well, the chimichanga is just a burrito that's been cooked again, and in this case, that cooking comes in the form of deep-frying. Which really is so crazy that of course, it happened by accident. As the story goes, chef Monica Flin accidentally dropped a burrito into a vat of hot oil in the kitchen of her El Charro Café in Tucson, NM, writes Daily Meal. Rather than discard the fried burrito, she tried it. And it was amazing. 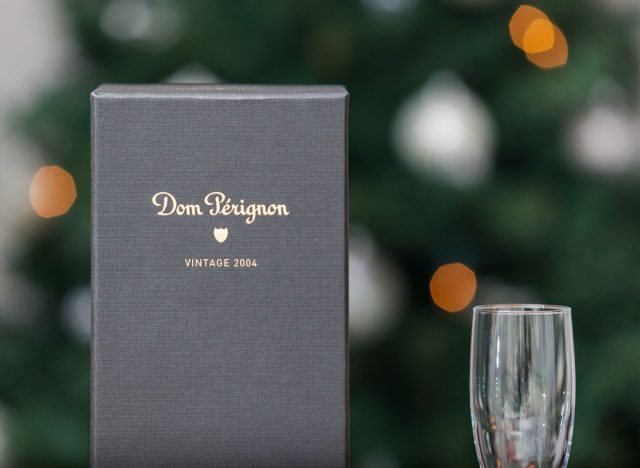 For many years, the monks who produced the wine now known as Champagne tried in vain to get bubbles out of their white wines. The fizzy wine wasn't their intended product, and furthermore, it often caused the weak glass bottles to explode. With the development of stronger glass came safer wines that could age and thus carbonate even more, and soon the brothers–led by Benedictine monk Dom Pierre Pérignon–and the world beyond embraced the sparkling wine now synonymous with celebration, reports Vine Pair.

RELATED: The Best Champagnes for Under $20

There is nothing toasted about so-called toasted ravioli. Like the chimichanga, this is a food that came about after the stuffed pasta pockets were accidentally deep-fried. And funny enough, though no one debates accidental deep-frying being the origin, two St. Louis area restaurants claim to be the place the accidental frying first happened, according to The Recipe.

Omar Knedlik, owner of a Kansas City Dairy Queen, was forced to store some bottles of soda in a freezer when his soda fountain broke. Customers loved the slushy, semi-frozen sodas he subsequently served, and knowing a good thing when he saw it, Knedlik designed a machine that could create ice-cold, semi-solid sweet drinks, ultimately calling them ICEEs. The drinks were a hit, but they became a sensation when 7-Eleven began licensing Knedlik's machines and selling the chilly treats as Slurpees, via CNN. Did you know there's a way to get a free Slurpee? Check out 11 Secrets You Really Need to Know About 7-Eleven.

Read more about your favorite foods and restaurants:

5/5 (1 Review)
Steven John
Steven John is a freelancer writer for Eat This, Not That! based just outside New York City. Read more
Filed Under
Cooking // Food & Nutrition // Product Round-Ups