There's a lot to choose from at Costco...but it's not all good!

Costco is a treasure trove of bulk buys. The prices at Costco can be tempting, too, because who wouldn't want a good deal on a huge pack of M&M's? But it's easy to get sucked into buying huge boxes of foods that really aren't all that healthy and you shouldn't let your healthy eating fly out the window just because you walked into the warehouse to save some money.

Costco still offers a ton of great better-for-you options and healthy alternatives to some of your favorite junk foods. There might, however, be some buzzy Costco foods that you want to try and might be surprised to find out just how bad they are for you. That's not to say you shouldn't try them, though! Everything in moderation is the key to a healthy lifestyle.

We put together a handy list of some of the best and worst foods you can buy in bulk at Costco, looking closely at the nutritional value. What you'll find here are some kitchen staples, trendy picks, and your favorite treats. Take a peek through to see how your favorites ranked. (And before your next trip to the warehouse, read up on the Popular Costco Foods That Are Making You Gain Weight, Say Dietitians.) 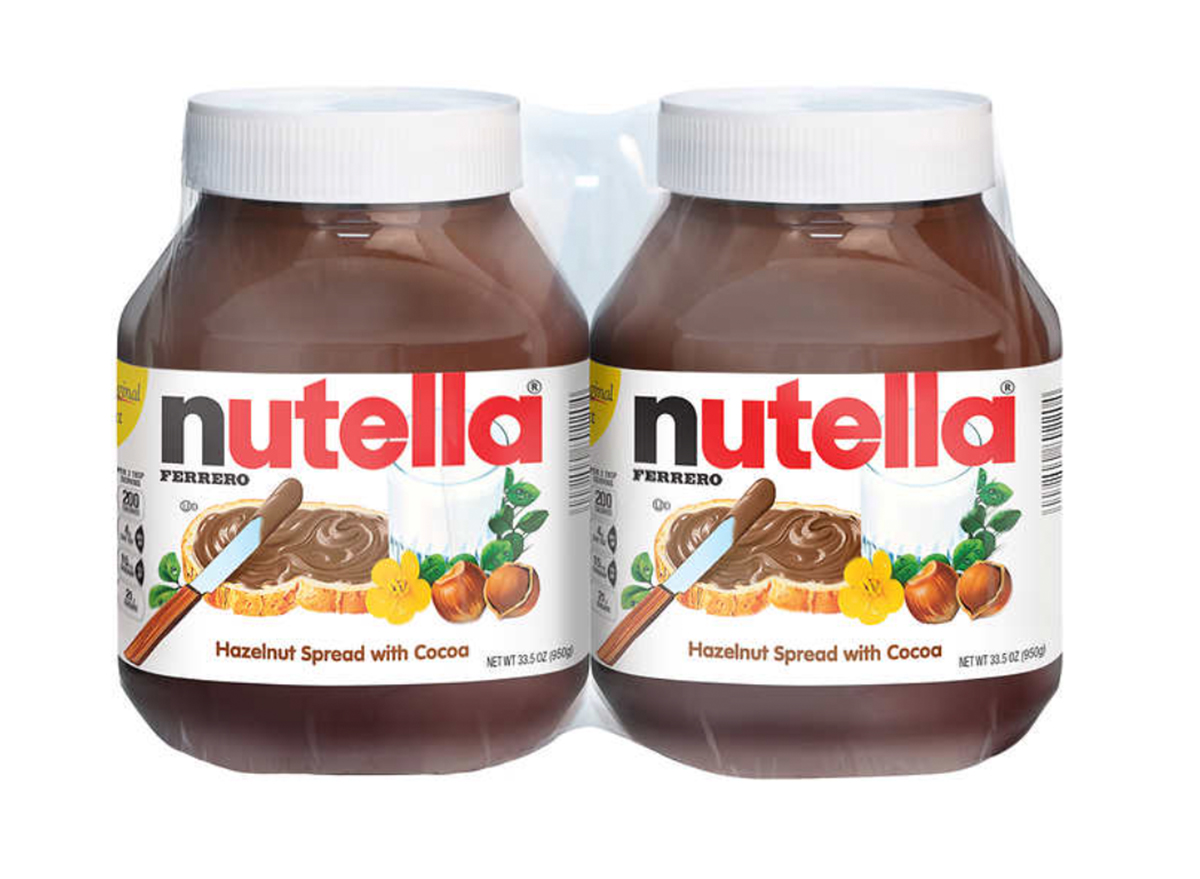 You already know Nutella is packed with sugar—that's partially what makes it delicious. But do you really need a two-pack of 33.5-ounce jars of Nutella in your cupboard taunting you? You don't; skip it. 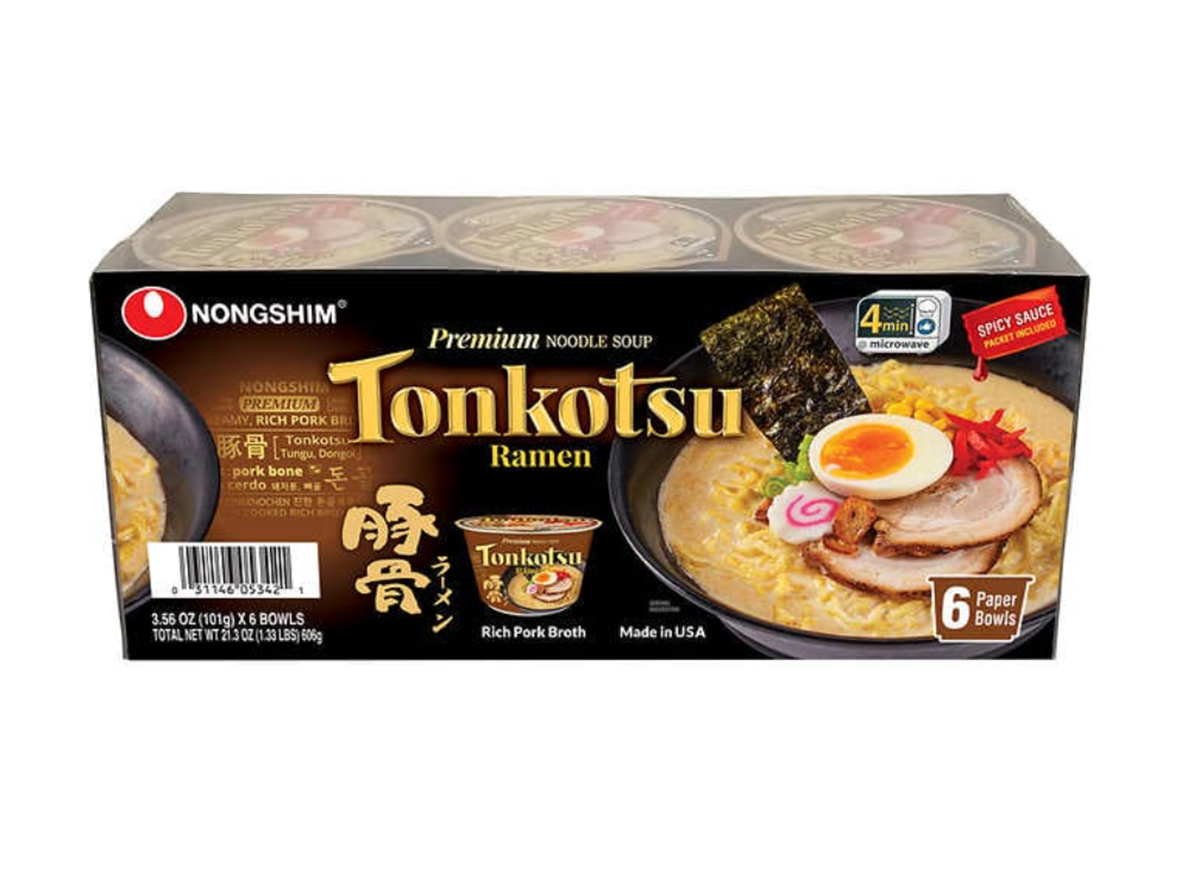 Listen, this may be tastier and fancier than typical ramen out of a packet, but it's still full of sodium and carbs. This is definitely not something you'll want to eat often, because it's incredibly high in sodium. The FDA says you should aim to have less than 2,300 milligrams a day, so eating just one of these puts you over halfway there. 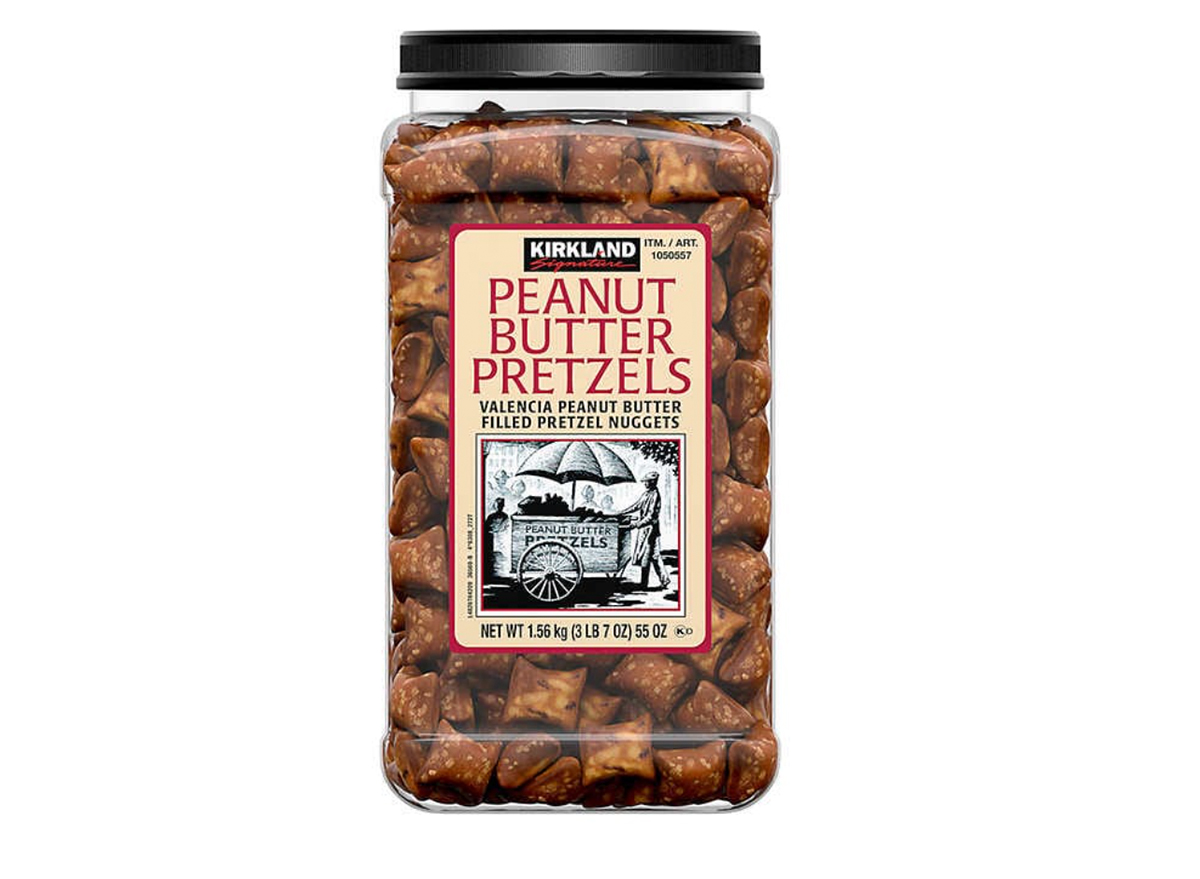 Here's the thing with Kirkland's peanut butter pretzels: They're not terribly unhealthy. However, when you buy a giant jug of them, it's hard to resist eating more than just one serving (which is only eight pretzels, by the way). Grabbing handful after handful and add up in no time.

Related: One Major Side Effect of Eating Pretzels, Says Science 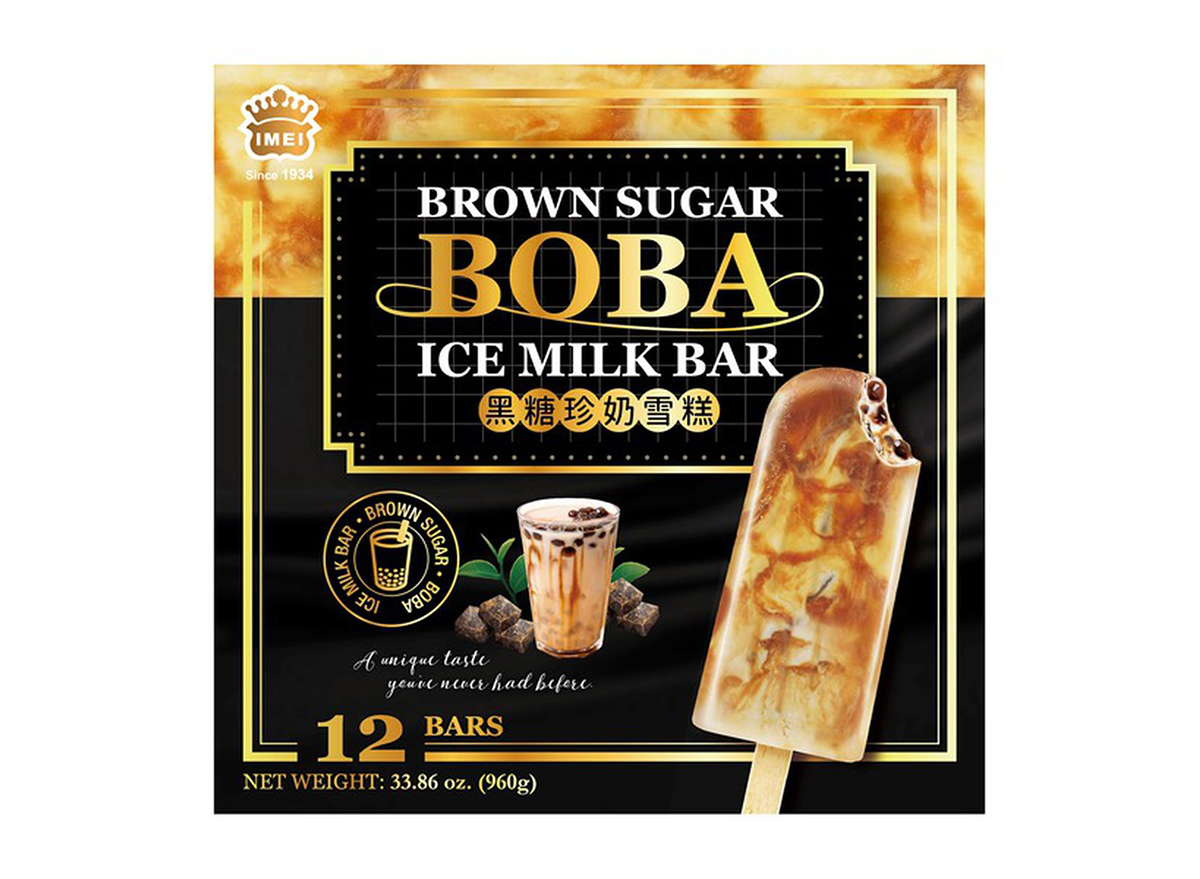 Obviously a frozen treat will have some sugar in it, it's just too bad these boba pops don't also have some fiber for balance. While this is better than something like a candy bar, a sugar-free ice pop or frozen fruit would be a healthier pick. 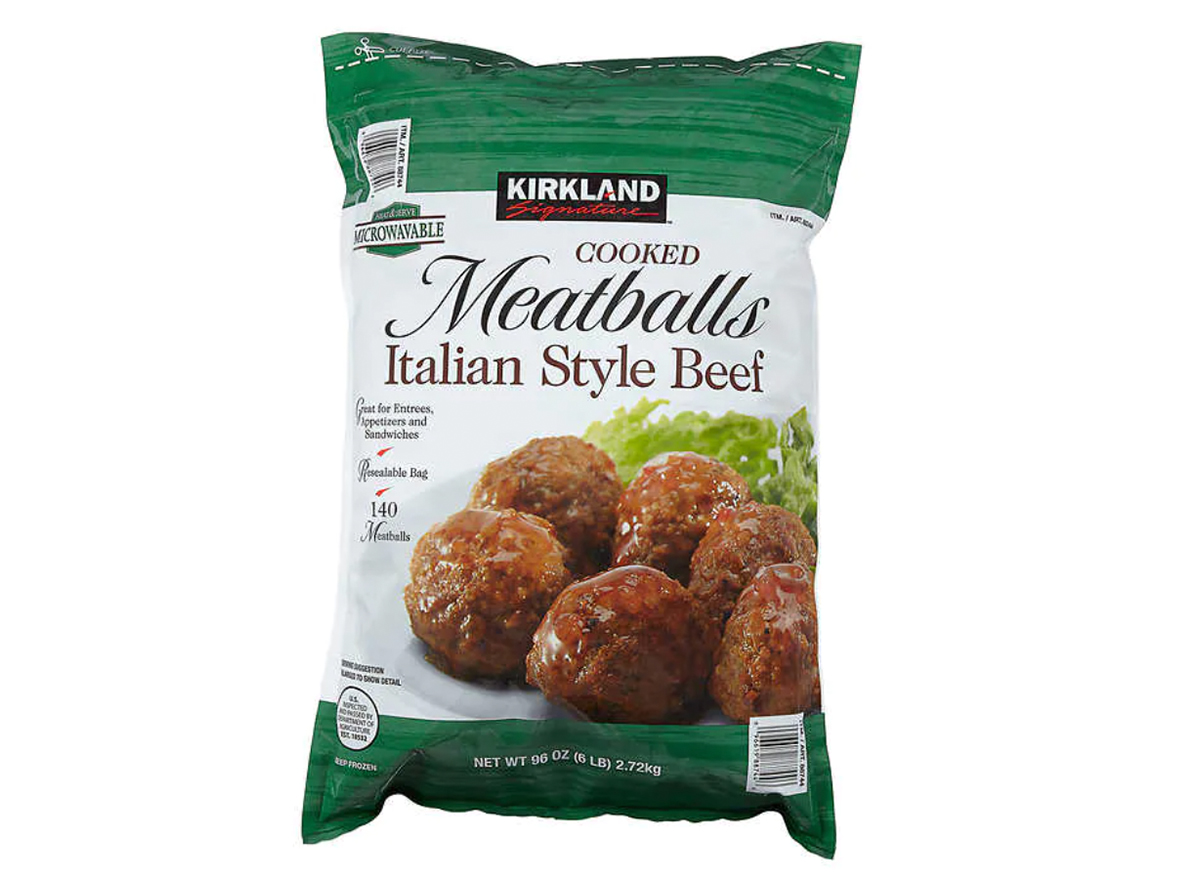 A serving of five meatballs is actually quite generous, so for the amount of protein you're getting here, the calorie amount isn't too bad. What you need to watch are the sodium and saturated fat numbers. The Cleveland Clinic recommends someone following a 2,000-calories-a-day diet have less than 22 grams of saturated fat, and just one serving of these meatballs is about 31%. 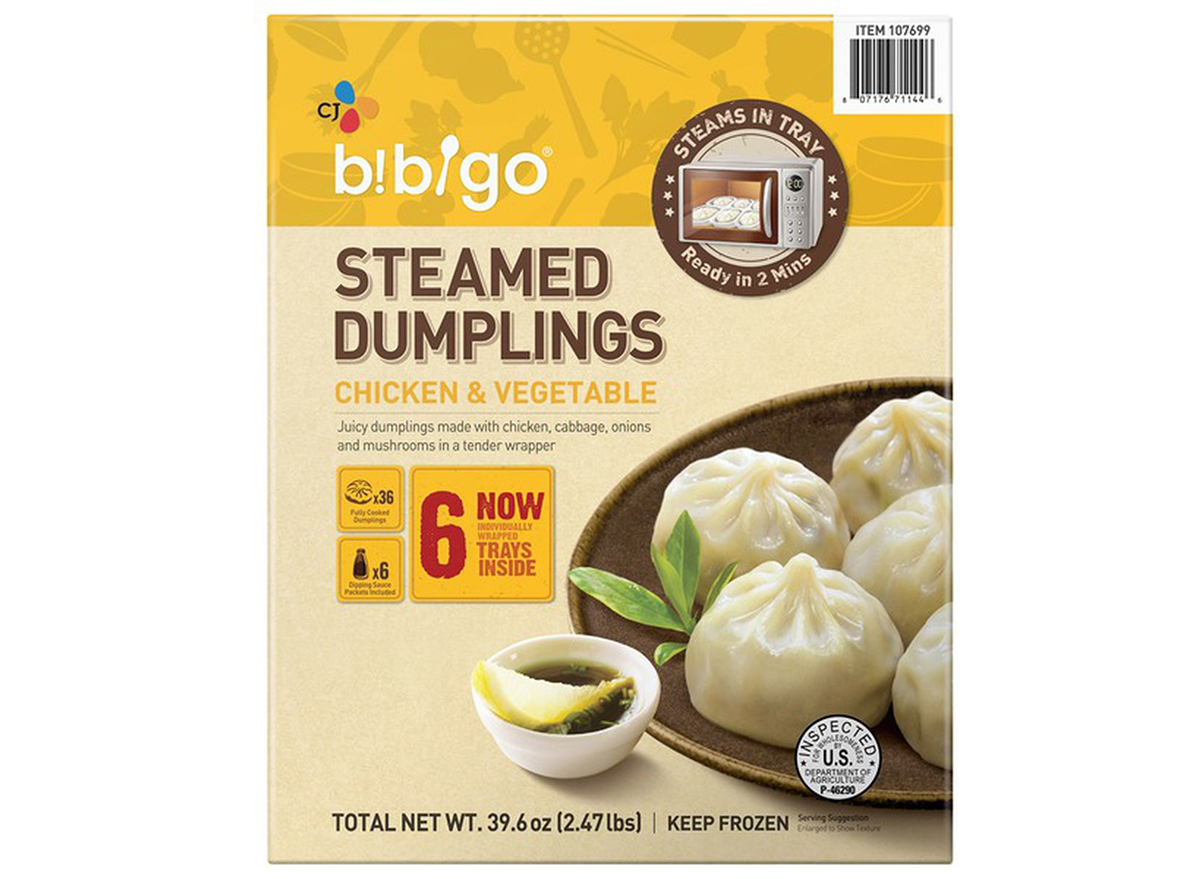 Though you do get six dumplings as a serving here, they come loaded with sodium and carbs. Most likely your meal would include more than just the dumplings, but you're already so overloaded with salt and fat that it's hard to keep the rest of the meal within reason as far as nutrition goes. 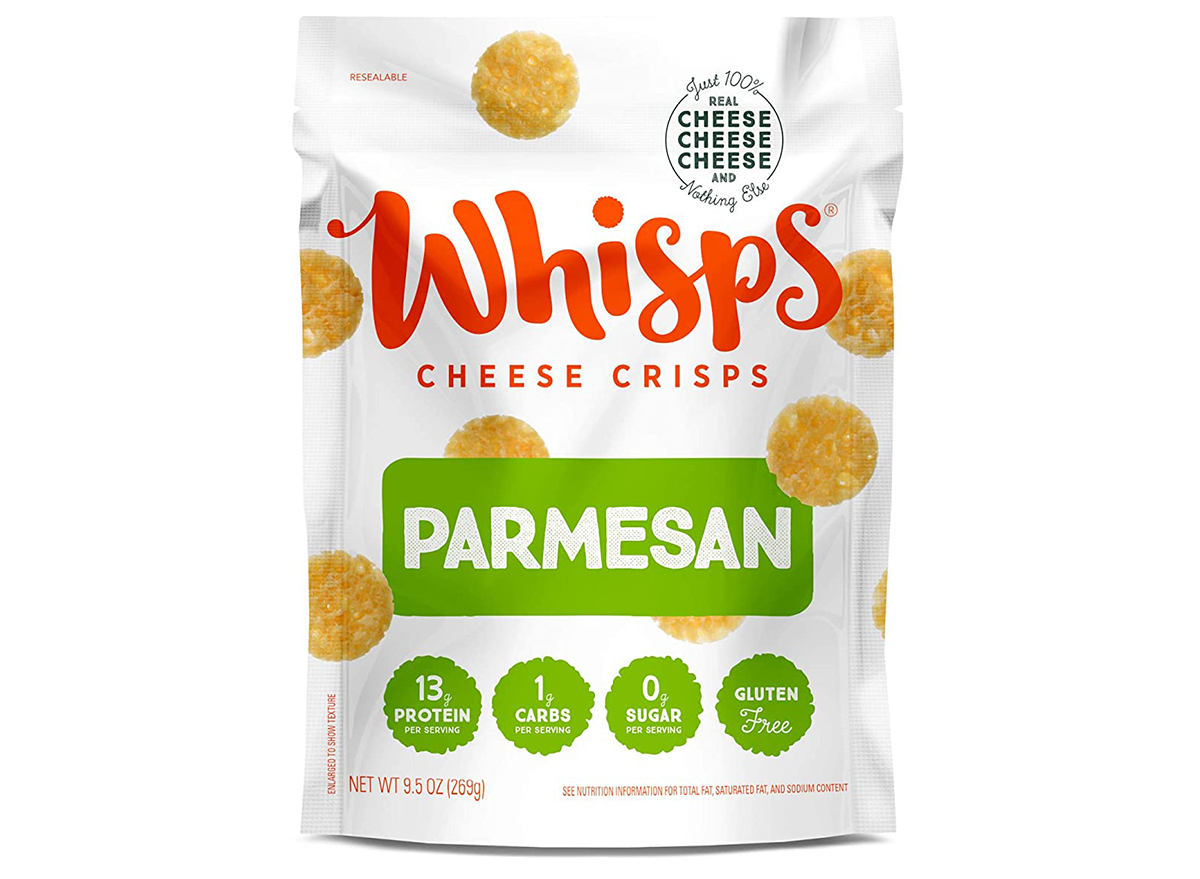 With Whisps, you're getting straight-up cheese and not a whole lot more, which is why the fat content and sodium content are high, but you're looking at a healthier fat than some other snack foods. Also, the saturated fat content is on the higher side, so keep that in mind when reaching into this big bag. 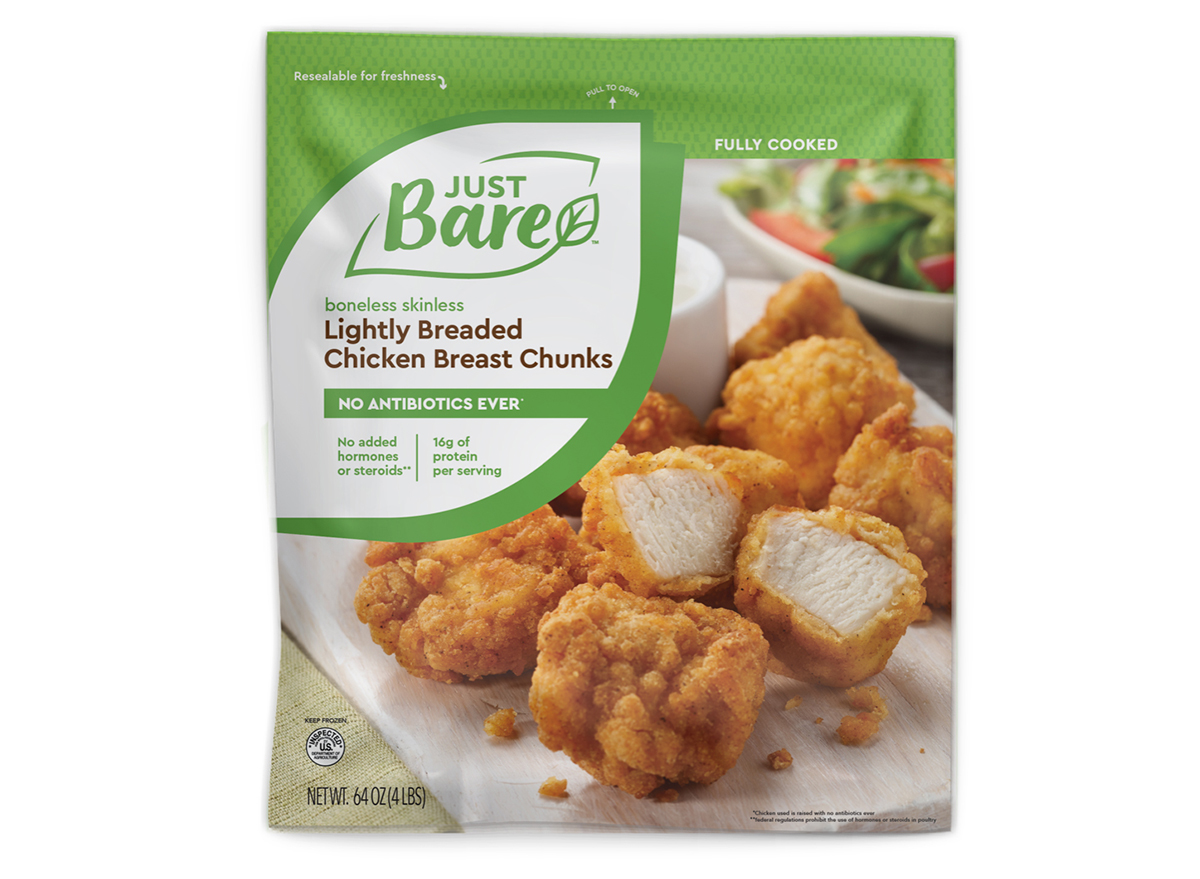 While we love the taste of these Chick-fil-A dupe chicken nuggets, you'd be better off just eating some grilled chicken. If you're in the mood for breaded, though, Just Bare's is better than something heavily breaded and deep-fried. Just be aware of the sodium content in these, and opt for a dipping sauce that is lower in sodium.

Related: Costco Is Facing Another Shortage of This Beloved Frozen Item 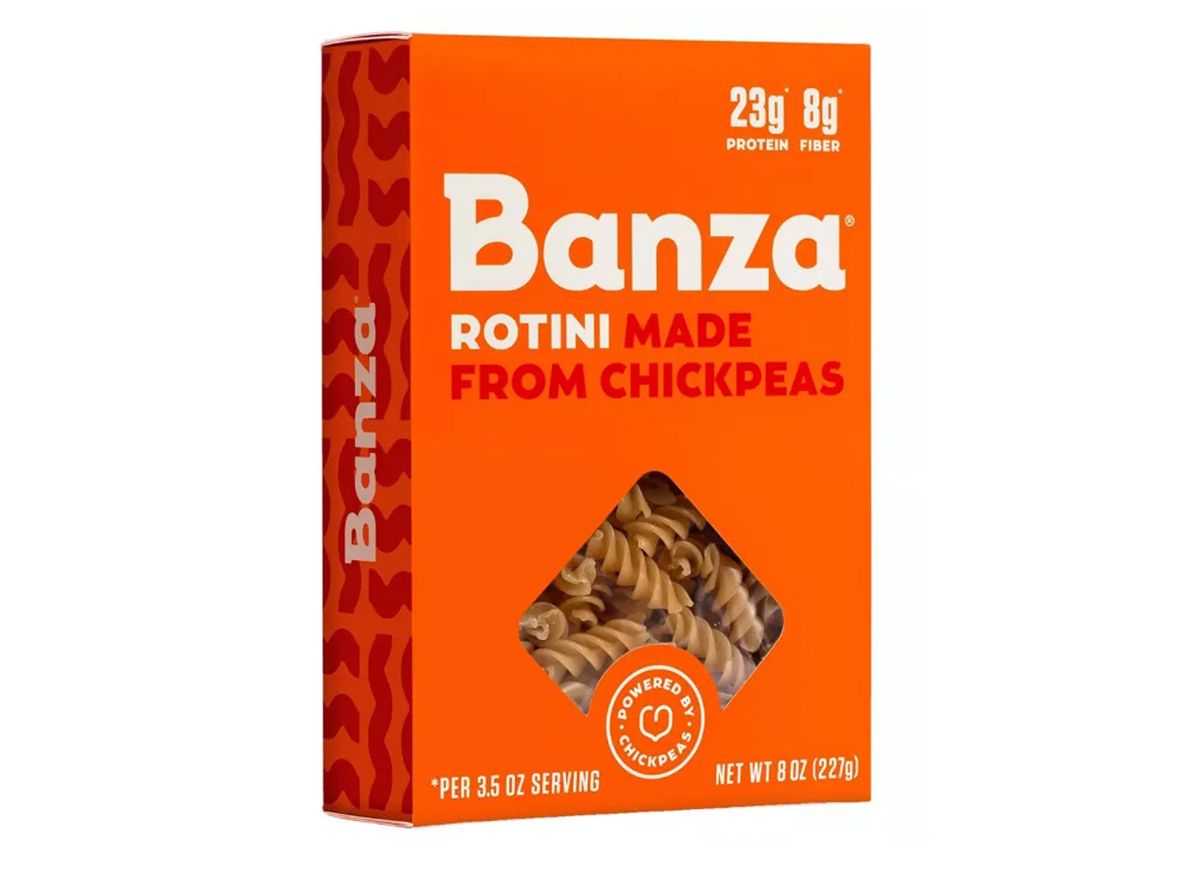 Before you feel too alarmed by how many carbs are in this chickpea pasta, take a look at the protein. The carbs are coming from the chickpeas, but when you look at the net carbs (take the total carb amount and subtract the fiber amount), this pasta is much healthier than regular pasta. 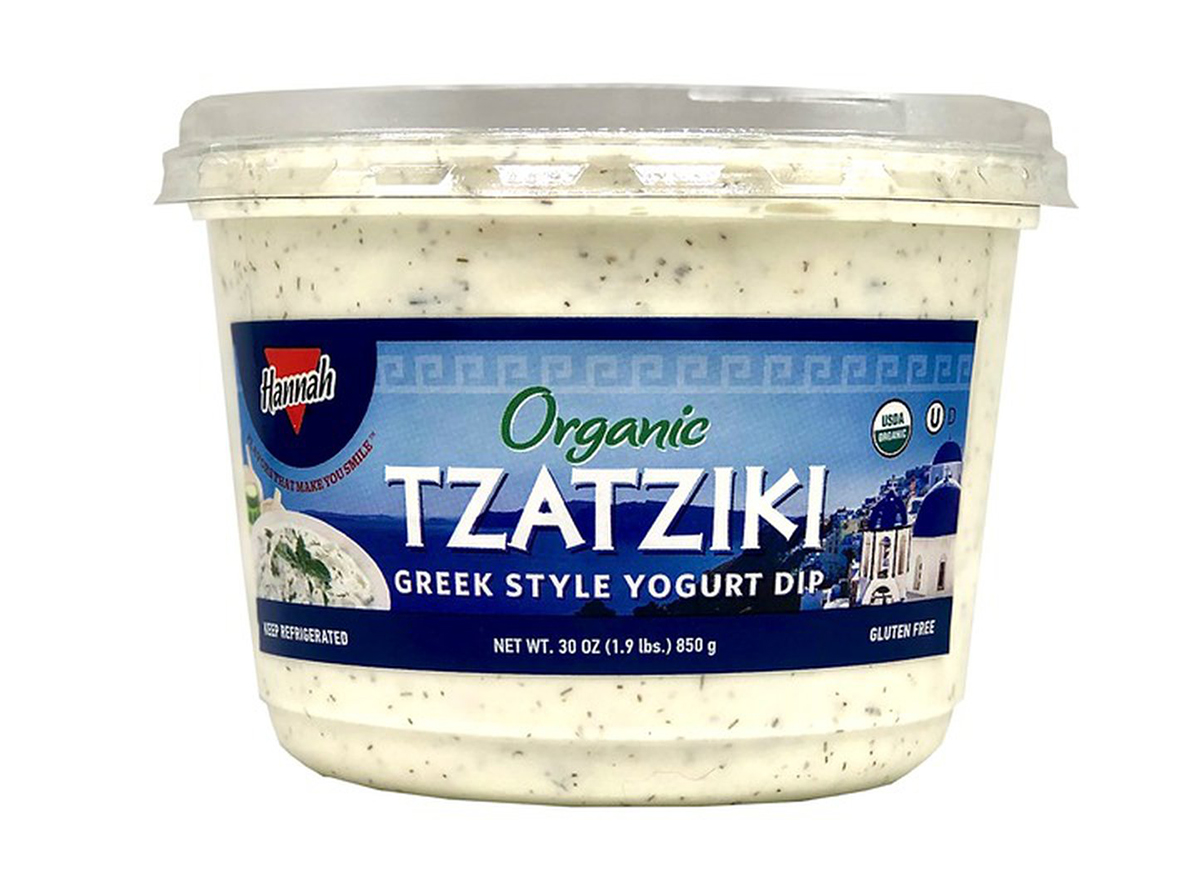 There are worse dips you can pick when it comes to nutrition value. This organic tzatziki is low in everything, which means you're getting plenty of flavors if you dip your veggies in it but not any added sugar or a ton of carbs. It's a win-win! 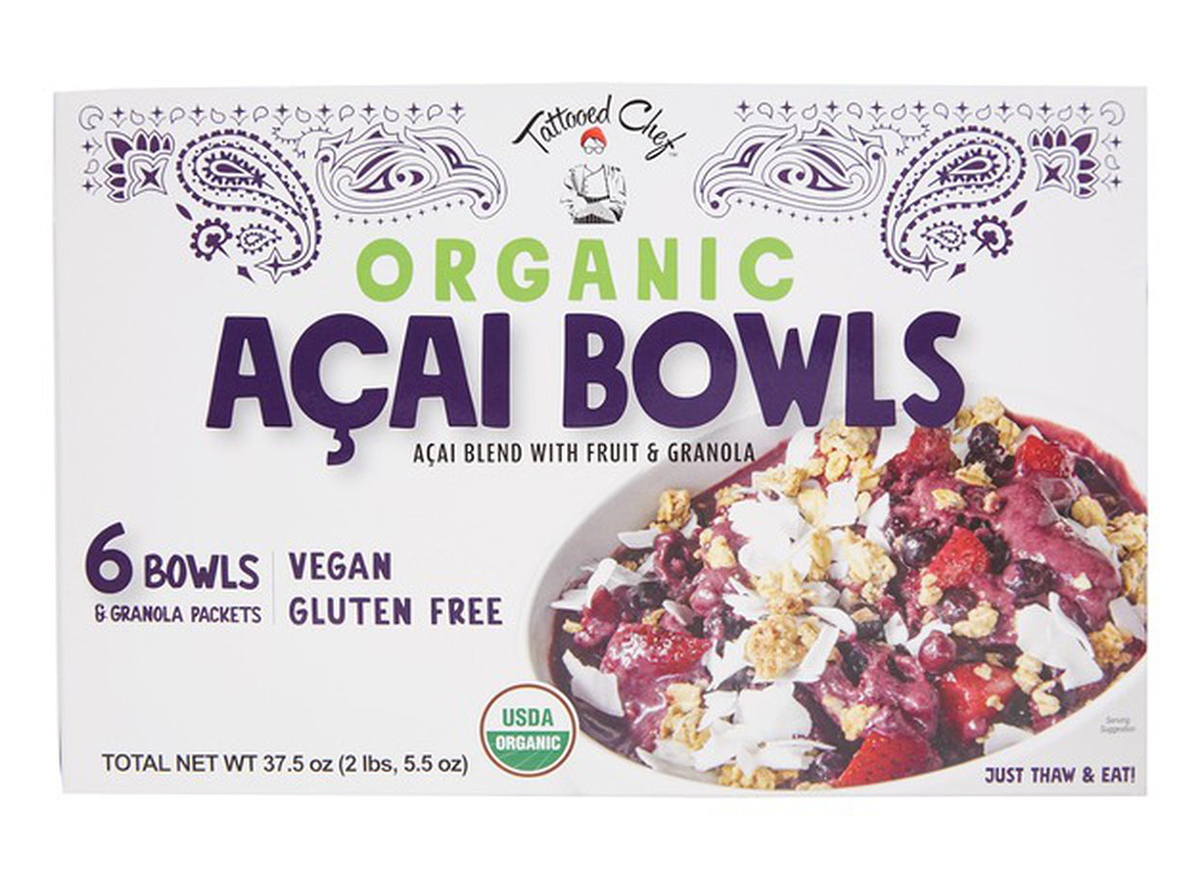 If you're looking at this organic acai bowl as a full meal, the nutrition value really isn't too shabby. Though it does have a decent amount of carbs, it also has a good amount of fiber and protein to balance it out, plus it's low in sodium and calories. 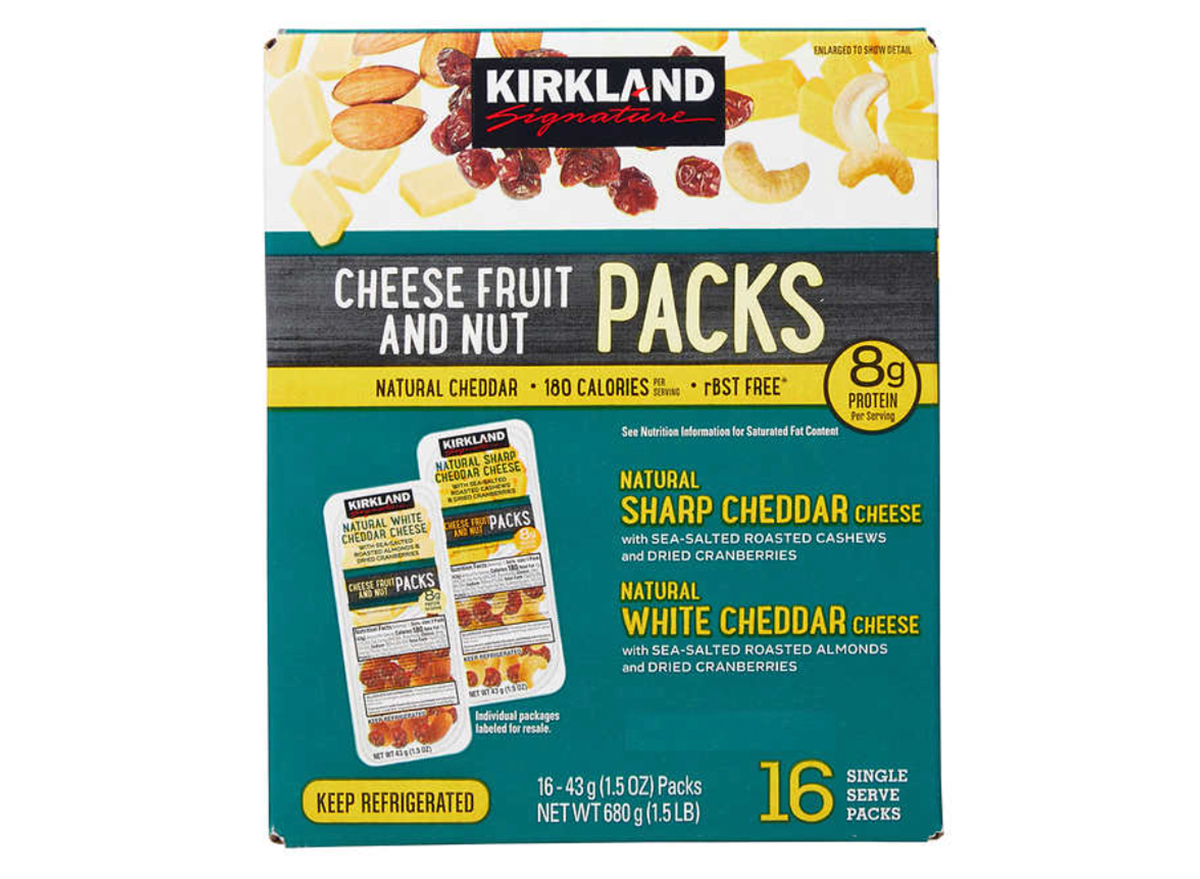 For a healthy snack, these packs aren't bad, per se. They're low in sodium but don't have as much protein and fiber as you might want in a quick snack. This is a better option, though, than something with no nutritional value at all, like chips. 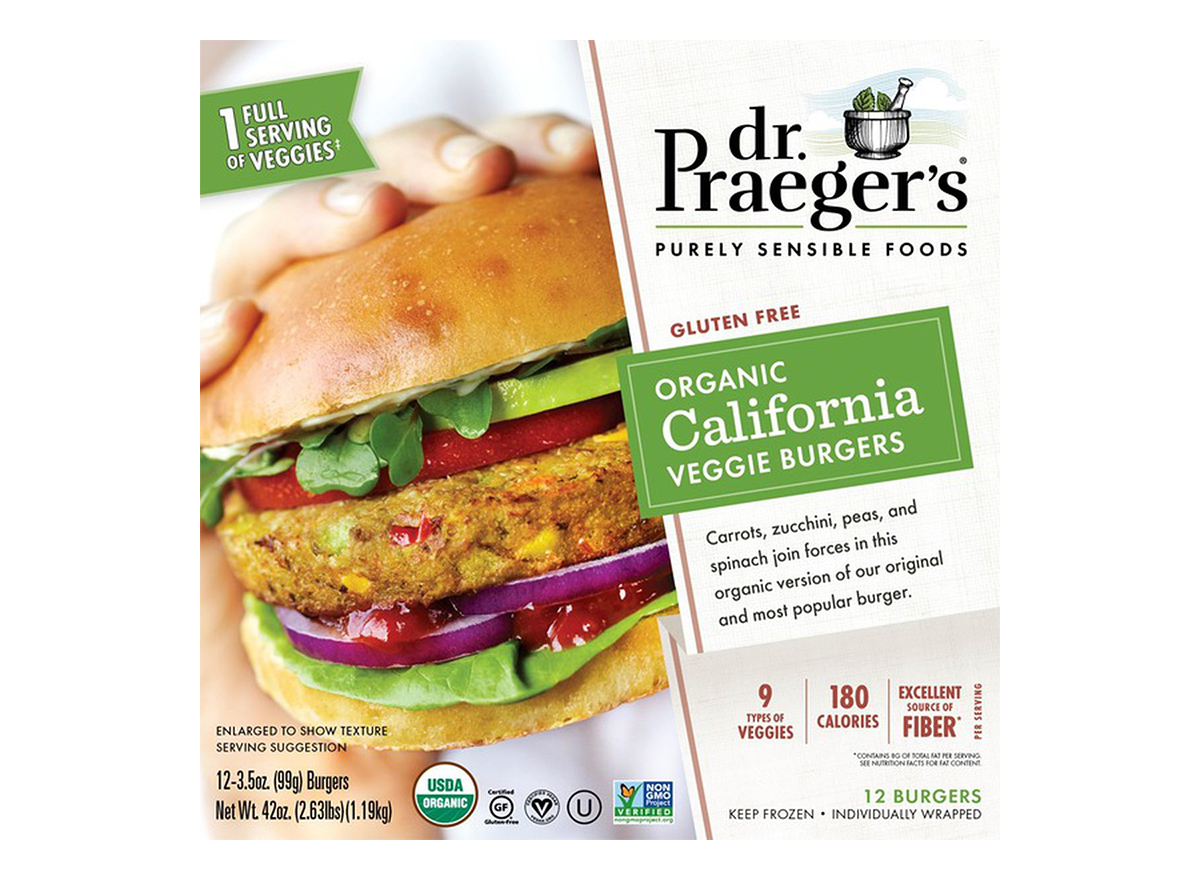 This is a great burger alternative with not a lot of fat and calories. Pair this with a lettuce wrap and some oven-baked french fries and you have a delicious, healthy meal. 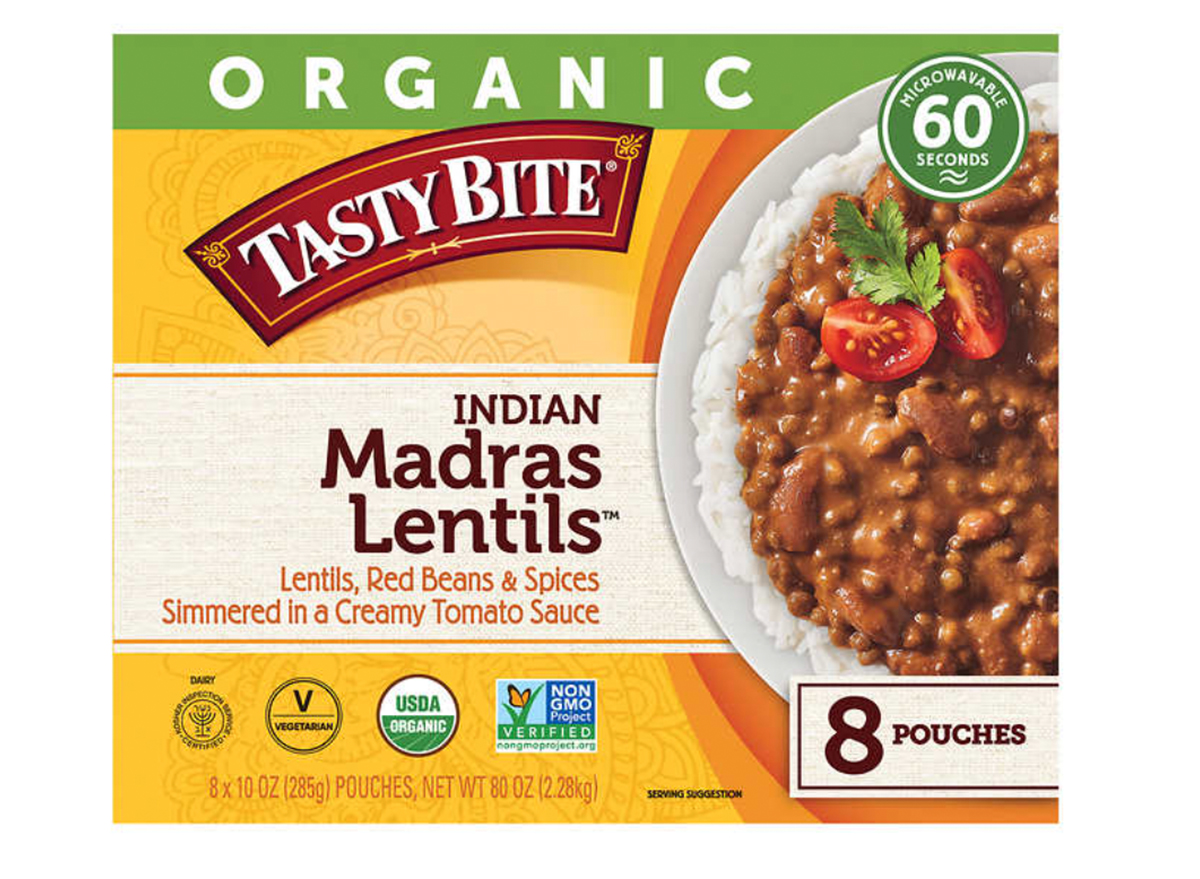 You might look at the amount of sodium and carbs in these lentils and write them off, but here's what we want you to consider: You can eat these with a big plate of veggies and let the lentils be your only sodium in the meal. Plus, they give you a good bump of fiber and protein from a completely plant-based source. 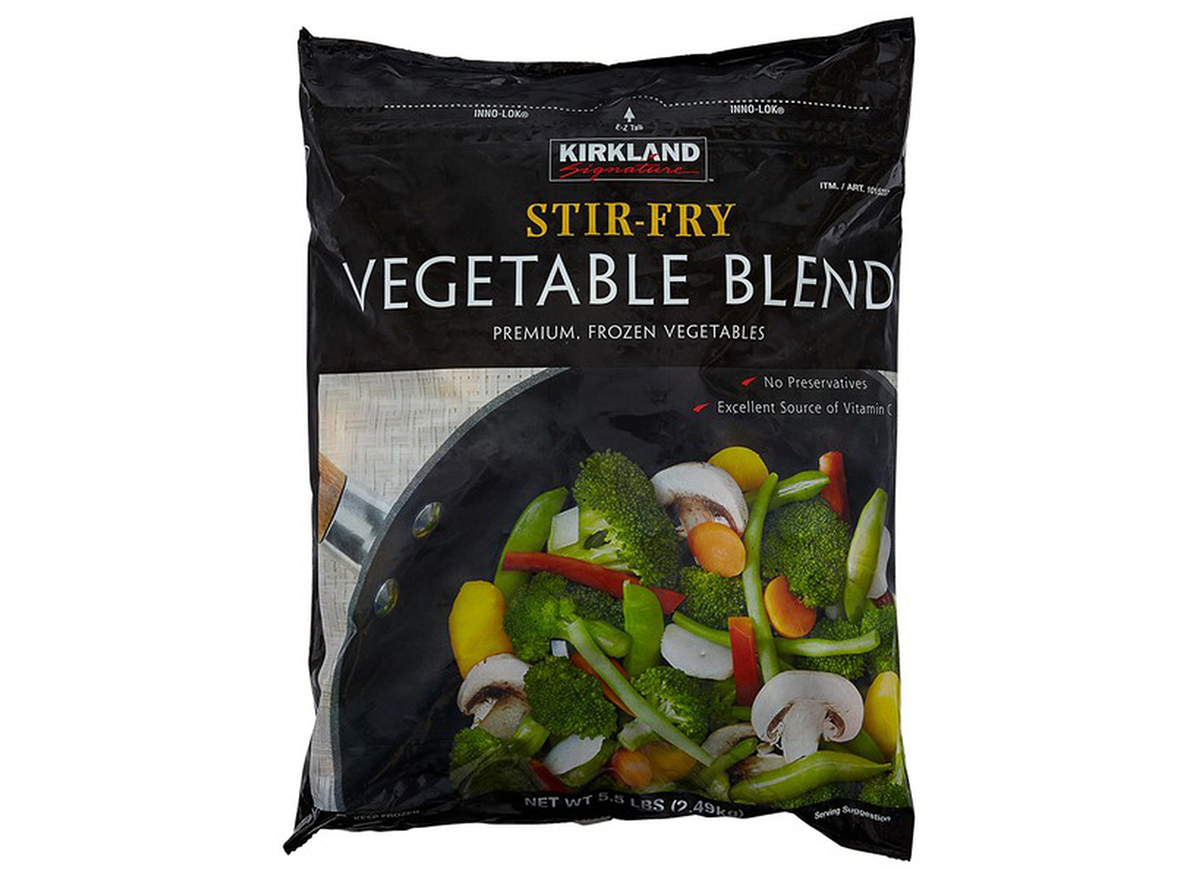 Costco is a great place to stock up on frozen veggies and fruit because with them, the more the merrier!

For quick lunches and dinners, these frozen vegetables will come in real handy. You'll get all the nutritional value you want in a vegetable blend, but all in a bulk bag you can pop in the freezer. 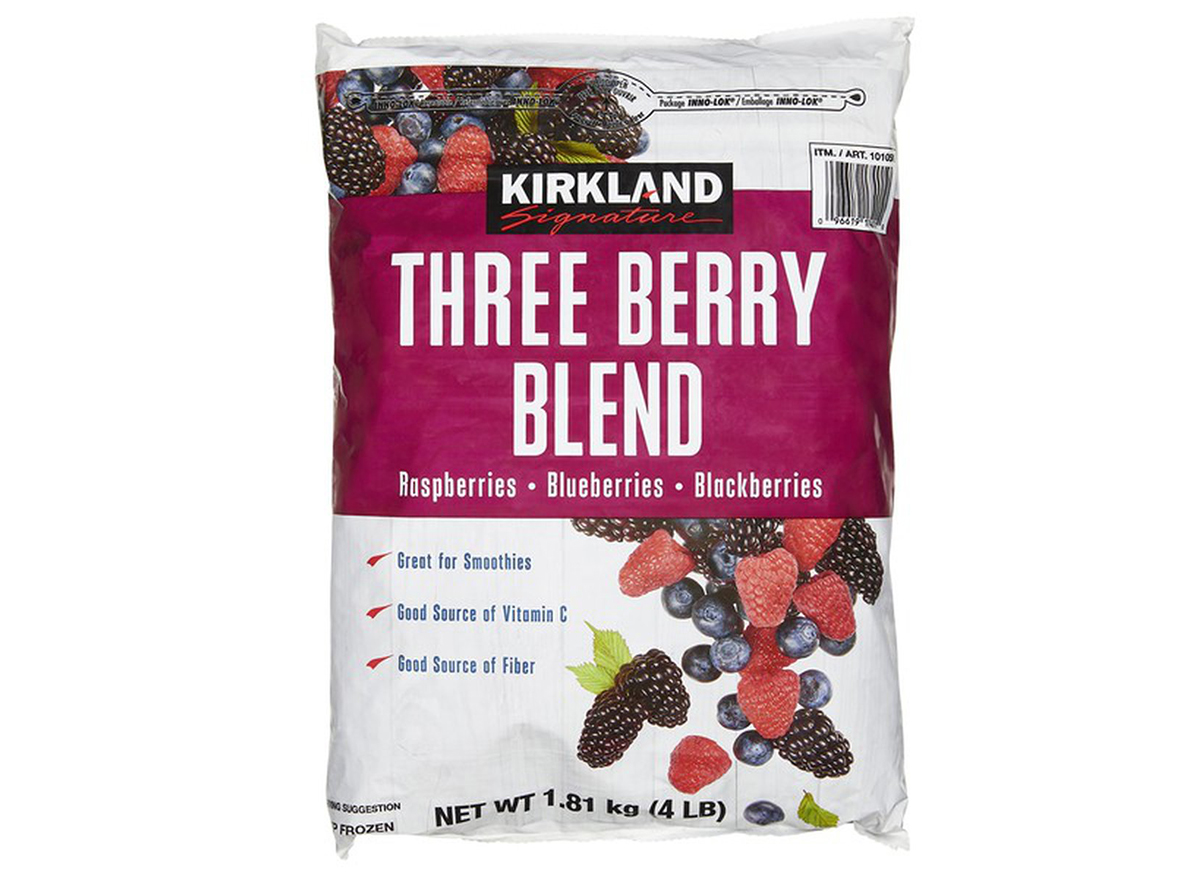 Kirkland Signature's big bags of fruit are also a great freezer staple. You can use them for any number of things like desserts, breakfasts, sauces, and smoothies, and they don't have any additives that take away from their nutritional value. 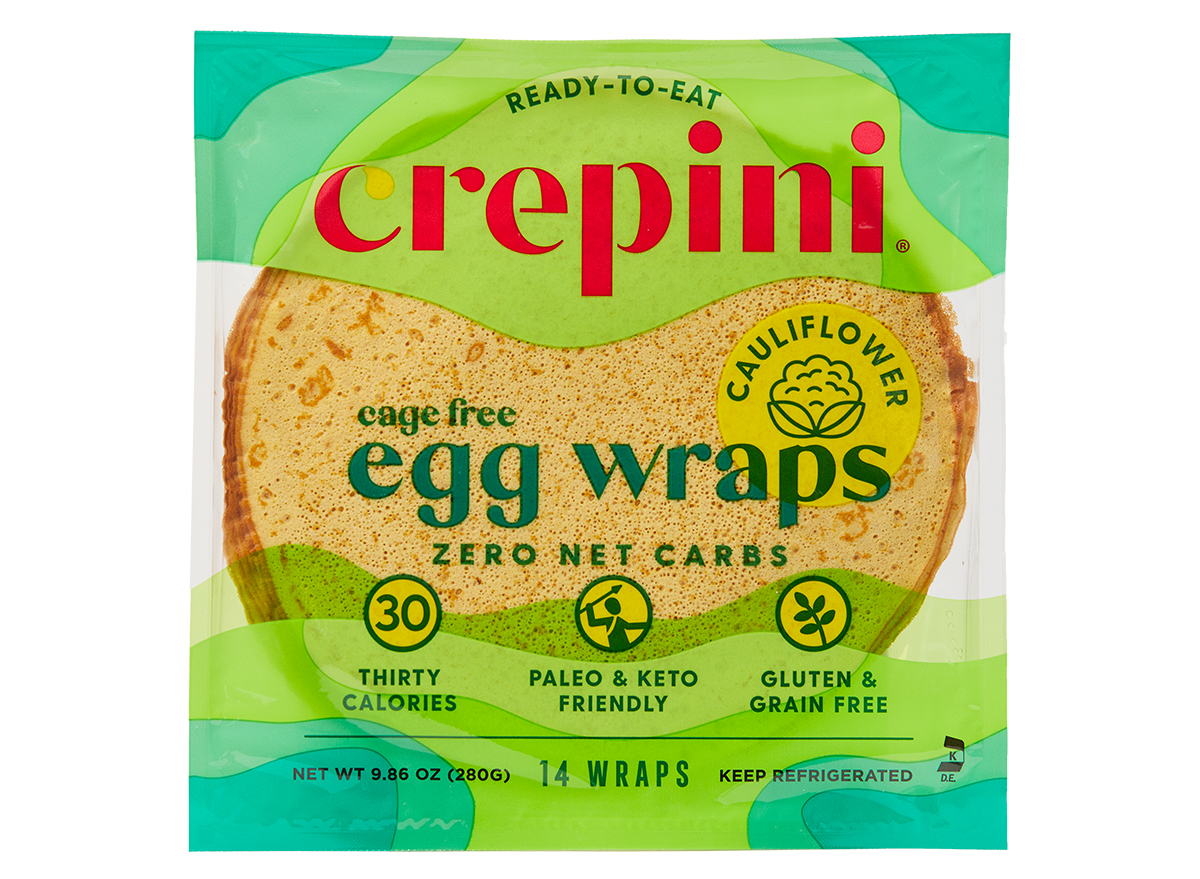 These versatile wraps are so much healthier than tortillas or regular crepes. They're made with eggs and cauliflower to keep them low in calories, fat, and sodium.

For more info on what to get at the warehouse, here are The Best & Worst Produce Buys at Costco.